An owner in the USA has done this. The photo is from him and is posted with his permission Nice cockpit. He shouldn’t get lost :-)
(The first thing I would remove are the two units at the yokes)

There is enough space for a KN 63 DME below the altitude preselected to the left of the main stack but DME is no longer a requirement in the USA if you have GPS………… And this aircraft seems to have no shortage of GPS !

I personally wouldn’t want two IFDs. Working with the map is much more convenient when it’s closer to your eyes, either on the yoke or tablet. Never found panel mount GPSes to be suitable for anything but programming the autopilot and tuning frequencies. The rest can be better done with a portable device and uncertified products are vastly more capable than certified products.

That’s actually what I would do, in such a plane – one 540, one 440. That should solve every navigational problem on this planet, and save money and space

Let’s see when they get EASA certification.

I have photoshopped 2 x IFD540 into my existing panel: 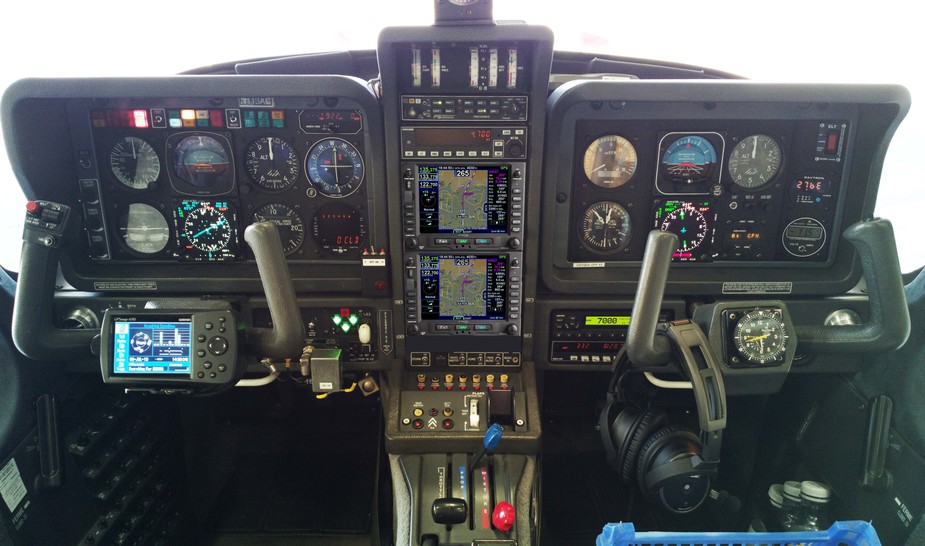 As you can see, it leaves a strip about 20mm high at the bottom. If one was to relocate the row of switches located under that, one could fit e.g. a transponder in there, but I probably would not bother because I already have the XPR and ADF over on the RHS and one rarely interacts with them. Also, I believe, there is considerable metal cutting involved there because the area where the switches are is not deep enough for a normal-length instrument.

Otherwise there is no contest. You can have all inputs (RS232 and ARINC429) going to both concurrently so e.g. the various things

can be seen on either unit. Such redundancy is priceless, especially when something isn’t working right. Also if one packs up (the possibility of which is 100% certain) you still have the other, if you have separate GPS antennae etc (loads of € because both have to be WAAS versions).

Also the 440 doesn’t exist (yet). Avidyne are working flat out to push out as many 540s as they can so they can get some cash to keep the company afloat. If the 540 fails, they are dead, as soon as their existing cash cows (TAS boxes, mainly) run out of steam (or milk).

I know everybody thinks that but I don’t think it is quite true legally, because if you have to file an alternate, and the alternate doesn’t have a GPS approach, but needs a DME, then you have to carry a DME. I guess this isn’t common in the USA but… In Europe, a DME is essential for IFR, and GPS can’t be substituted because

Incidentally, the GTN750 version is here: 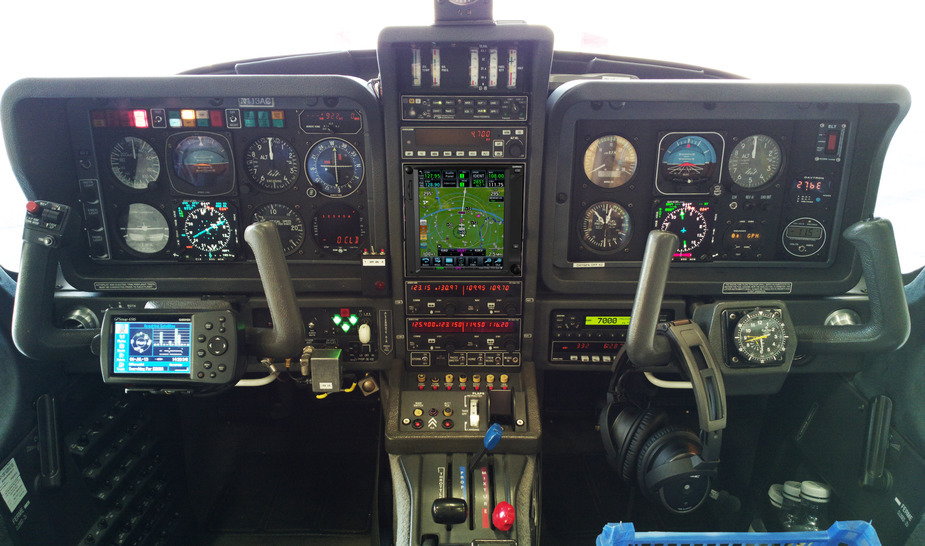 but that is functionally inferior because you no longer have the GPS+MFD separation.

The DME is remotely mounted anyway so the only things one could put underneath the lower IFD540 would be a transponder or an ADF. However, while the two side panels in a TB20GT are easily accessible (they tilt) the centre stack is very time consuming to get into and I would not want to have too much in there, in case something goes wrong.

What would be interesting is whether either GPS can drive the autopilot, because in theory that needs a change to the autopilot AFMS… My two EHSIs will both display all the stuff (traffic, etc) but only the LH one is approved for driving the AP, with the approval based on it being a replacement for the old HSI. Getting the RH EHSI to drive the AP is technically trivial (a switch and a 6-pole relay) but legally a huge job.

I don’t think it is quite true legally, because if you have to file an alternate, and the alternate doesn’t have a GPS approach, but needs a DME, then you have to carry a DME.

The majority of ILS approaches in the US don’t require DME, not even for the missed approach.

boscomantico
Mainz (EDFZ), Germany
34 Posts
This thread is locked. This means you can't add a response.
Sign in to add your message