A day trip to the jewel of the North West

I thought it was about time to post a trip report, even if it’s not the epic journeys everyone else seems to go on, but just a day trip to Blackpool (EGNH) (less than an hour each way). With Mad Sunday coming up in the Isle of Man, and the weather forecast to be perfect, I thought it’d be nice to go on an easy day trip somewhere. Blackpool is perfect for this, it’s easy as in you don’t have to organize any ground transport because the airport is actually walking distance from things – nearest tram stop is only a few minutes a way, but walking from the airport all the way to Blackpool Tower is quite feasable. It’s also because Blackpool has recently re-opened. I hadn’t been in quite a long time, and didn’t realise what we’d lost till it had gone – having Blackpool as a no-notice-required Special Branch destination was always valuable to keep in mind for diversions etc.

I always like to go reasonably high where I can, I routed out from Andreas via St Bees Head, down the Cumbria coast, over Morcambe Bay, Fleetwood then Blackpool. The air was smooth and clear at FL55, and the clouds were piling up a bit to the east over the Lake District. 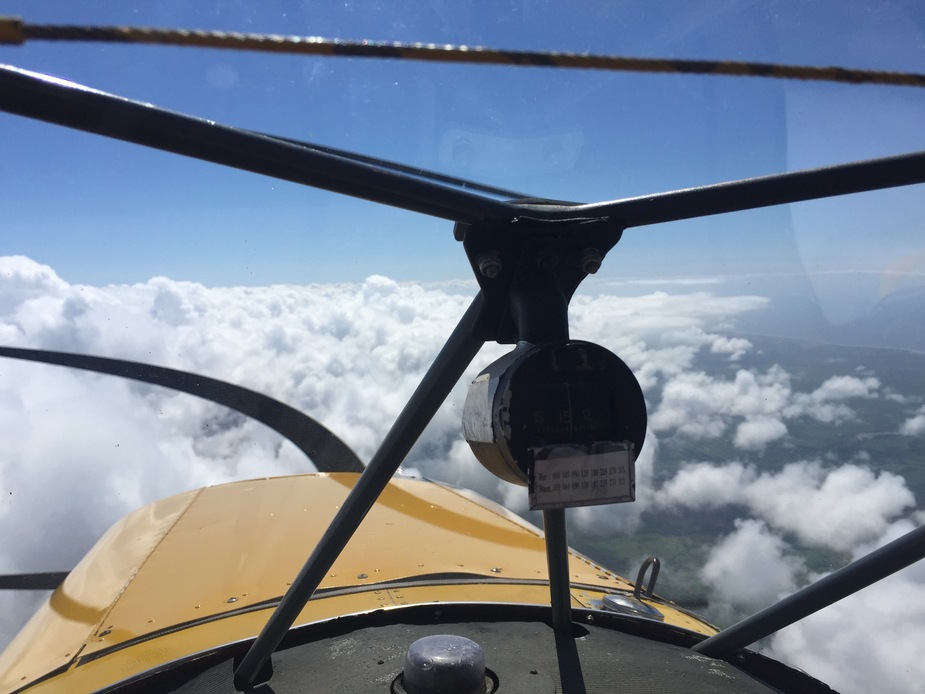 Blackpool airport itself seems pretty well equipped, it has radar (you can see the antenna spinning on the extended centreline of 28), a runway on which the Auster could make at least half a dozen touch and go landings without ever doing a circuit, an a decent amount of parking space. Citywing has resumed flying to Blackpool twice a day, so there’s a little bit of airline service. Visiting aircraft park outside the terminal. 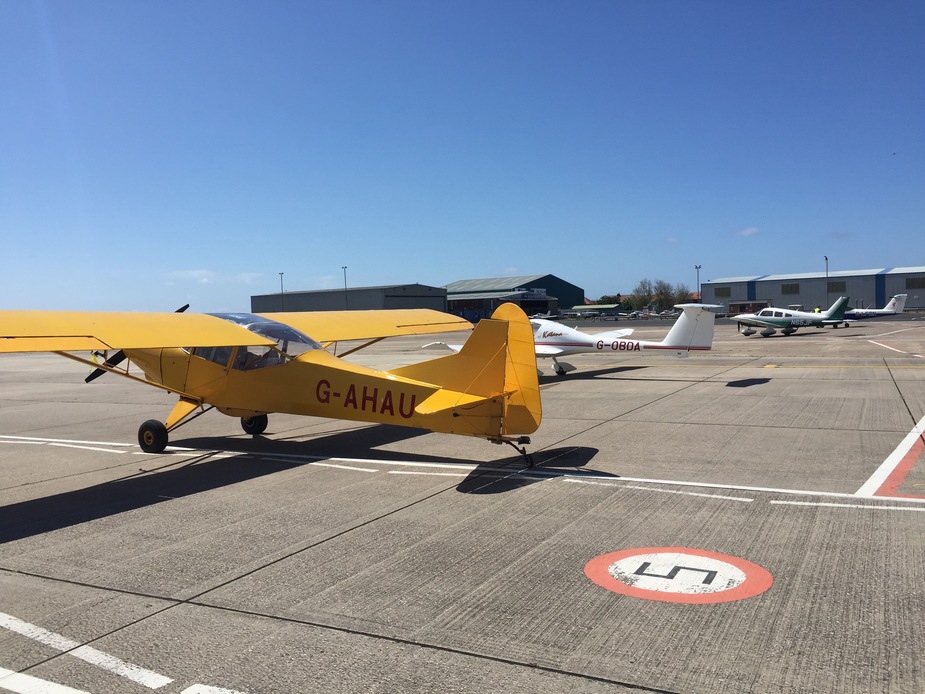 I walked from the airport to Blackpool tower, it looked closer than it was! But it was perfect weather for doing it, about 15C, so you didn’t get hot, a gentle breeze and brilliant sunshine all day. 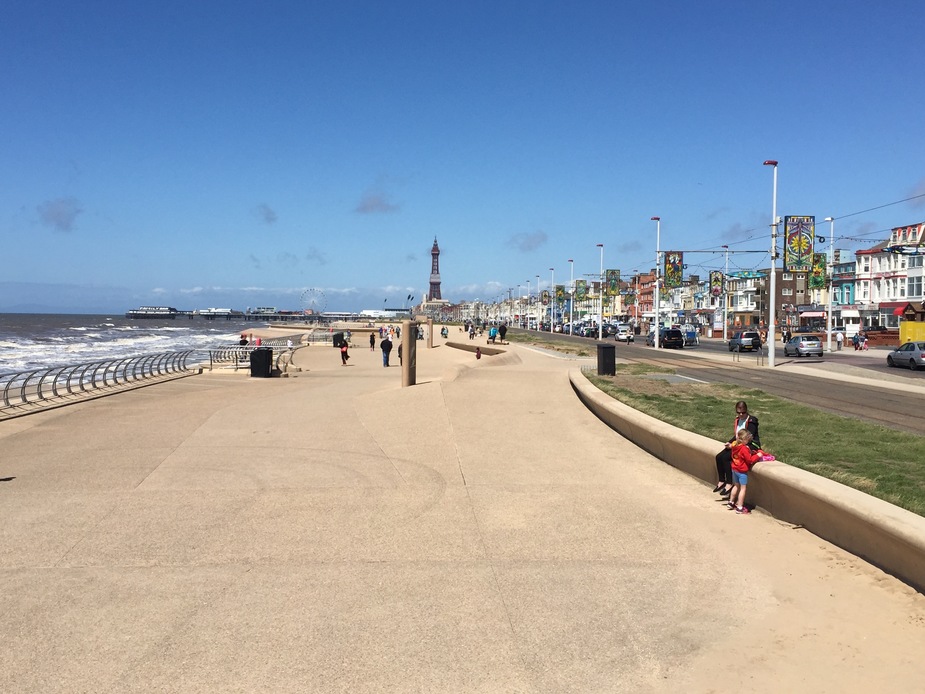 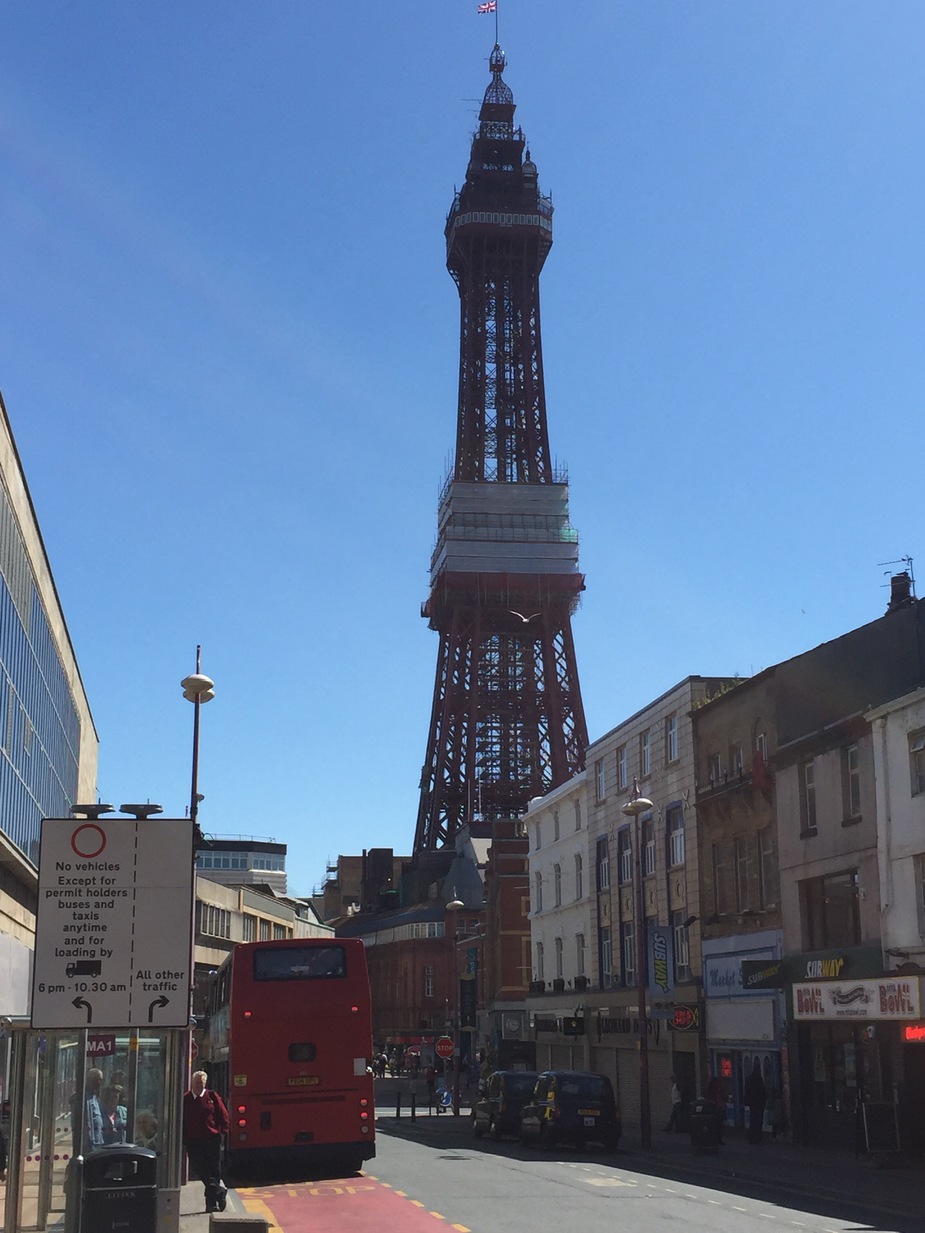 On the way back I did get the tram, I’d spent by then a good four hours walking around. The tram terminus is probably only 5 minutes walk from the airport.
Unfortunately Blackpool have replaced most of the vintage trams with modern ones (which are very nice and smooth) but they have kept a number of the vintage types, such as this open air tram. 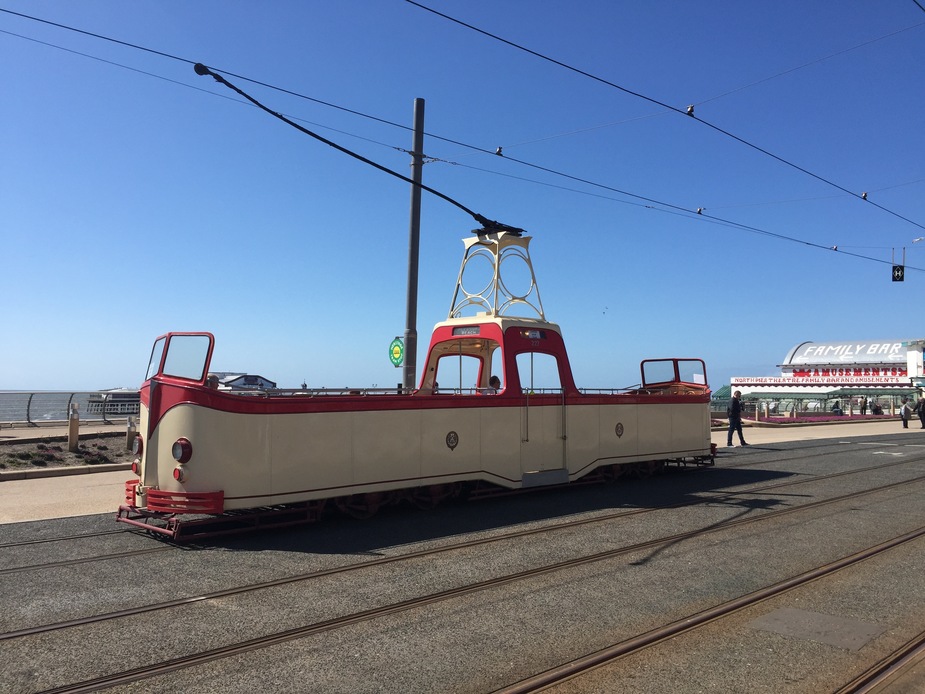 I got back to the airport at around half four (just before Citywing arrived), paid for the fuel and landing/parking. Although Blackpool has a pretty simple layout it was nice to have the georeferenced AIP airport diagram to look at while getting taxi clearance and taxiing out. I took off at the intersection E2 and was probably about 700 ft as I went over the coast, turning north to follow my inbound route up to St Bees Head. 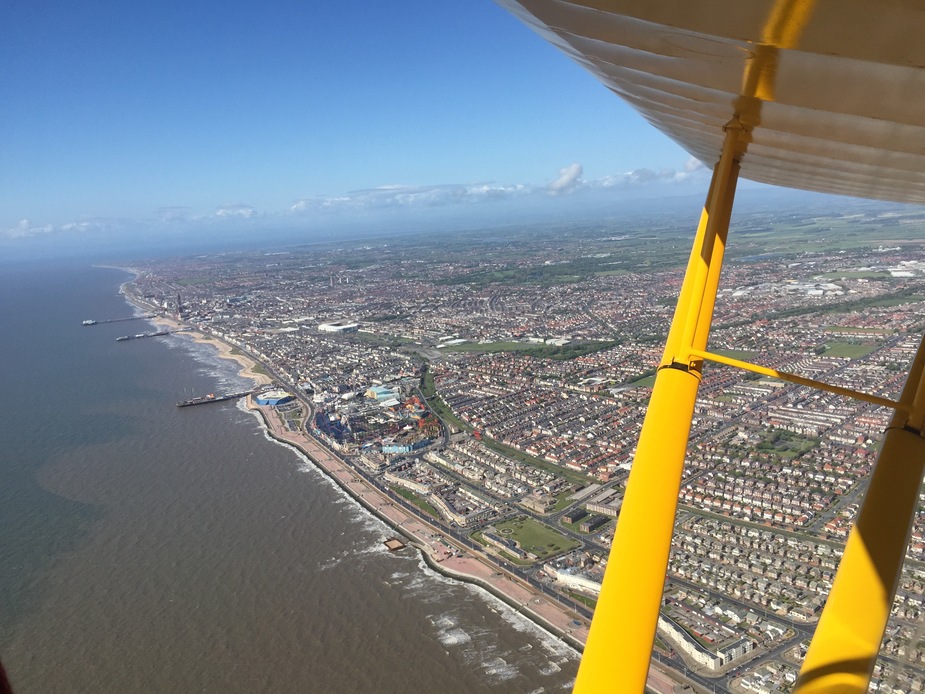 I briefly had to remain at 2000’ until Citywing had gone past (I never saw them, from their direction of arrival my wing blocked the view of them the whole time), and then climbed to FL65 for the remainder of the trip. The clouds had thinned greatly over the Lake District, giving a great view of the Cumbrian mountains. 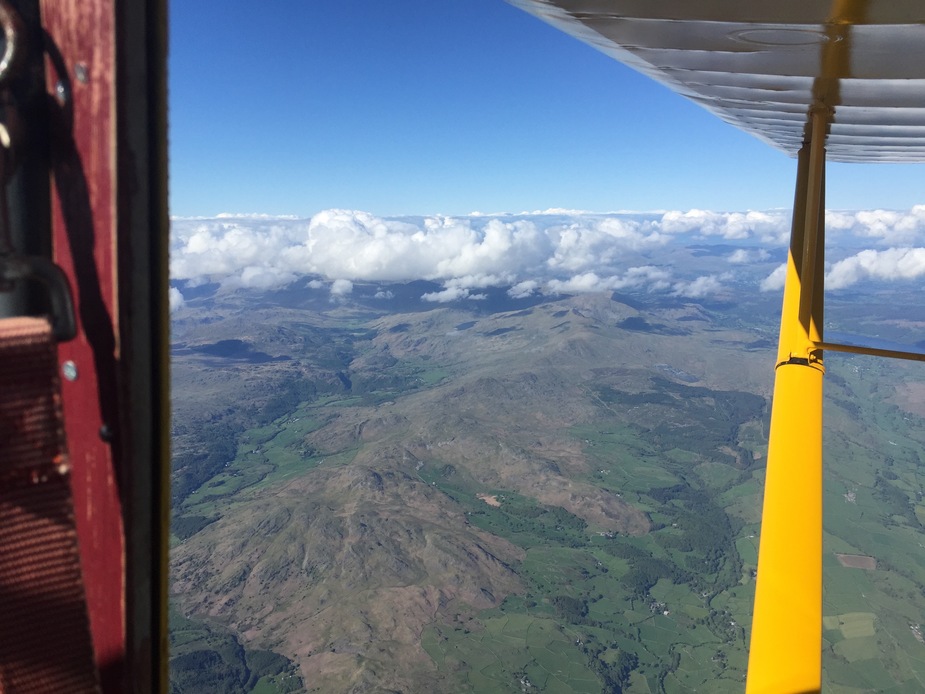 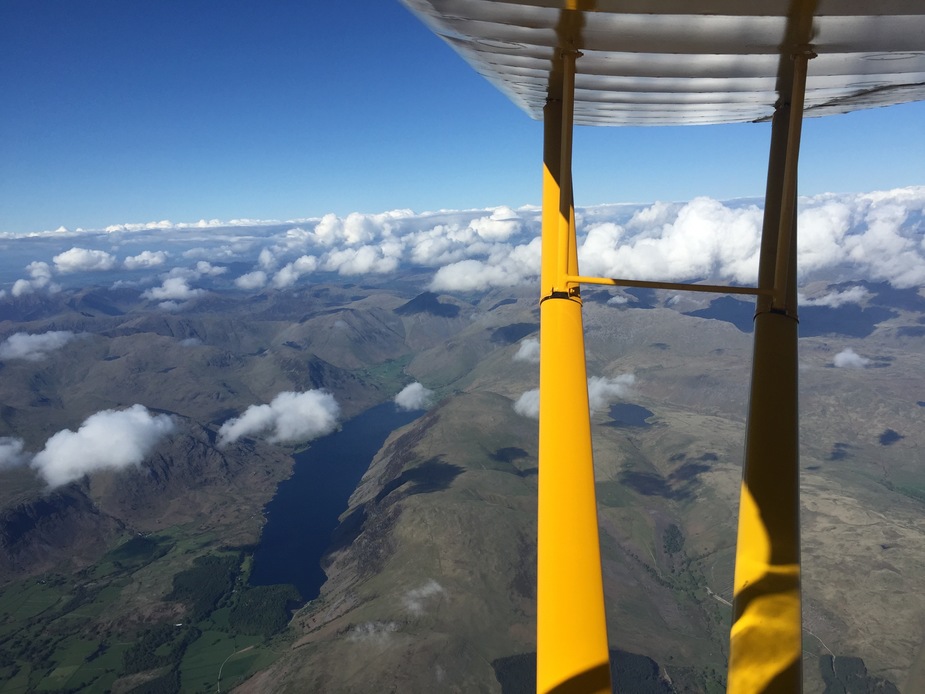 …and also the nuclear reprocessing facility at Sellafield (I’m sure this photo has now got me onto several watch lists!) On the right centre of this image you’ll see a tower with a larger top (a bit like the shape of a control tower). This is one of the units that was involved in the 1950s Windscale disaster. The larger top is actually an air filter that was called “Cockroft’s Folly” after the engineer who insisted that it be there (the others at Windscale though it was an unnecessary waste of time and money). Cockroft’s Folly saved us from a disaster that would have been orders of magnitude worse, as it happens. 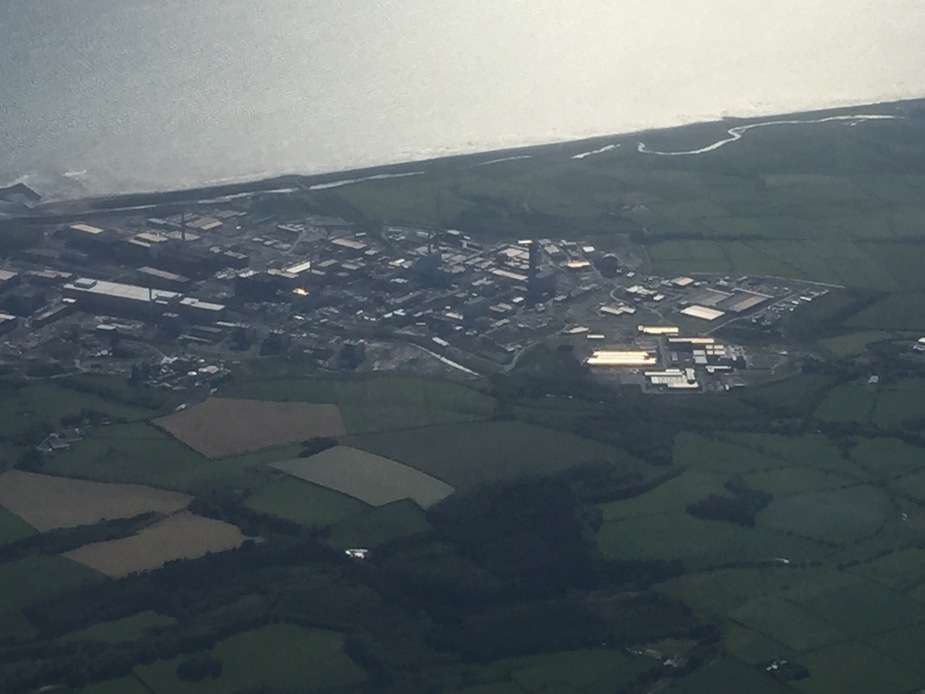 Coasting out at St Bees Head. This is the point at which you start noticing every funny noise and at which you’re sure the engine has gone rough even though it hasn’t. 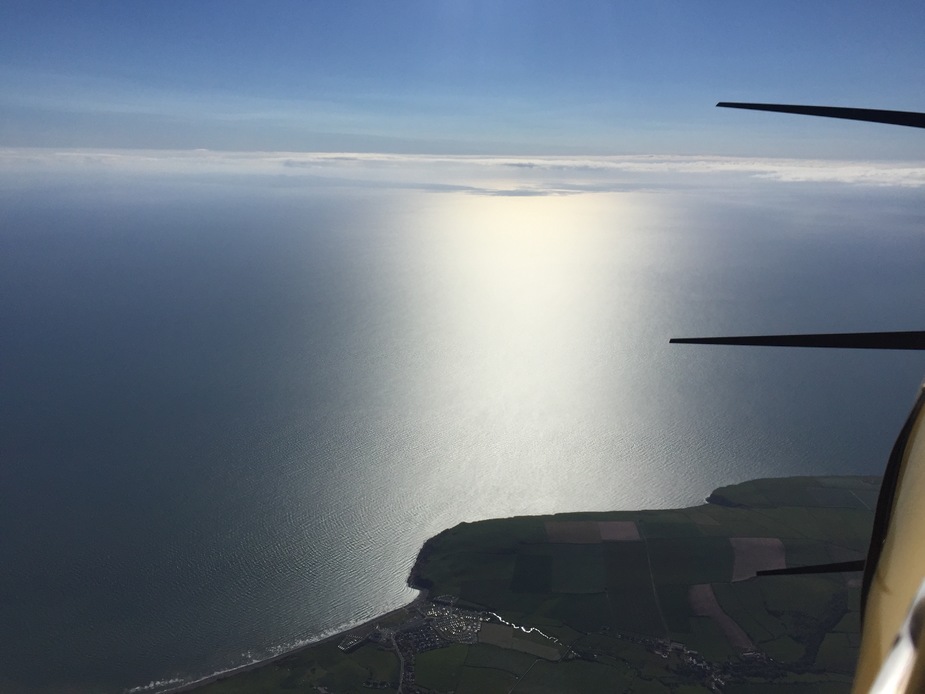 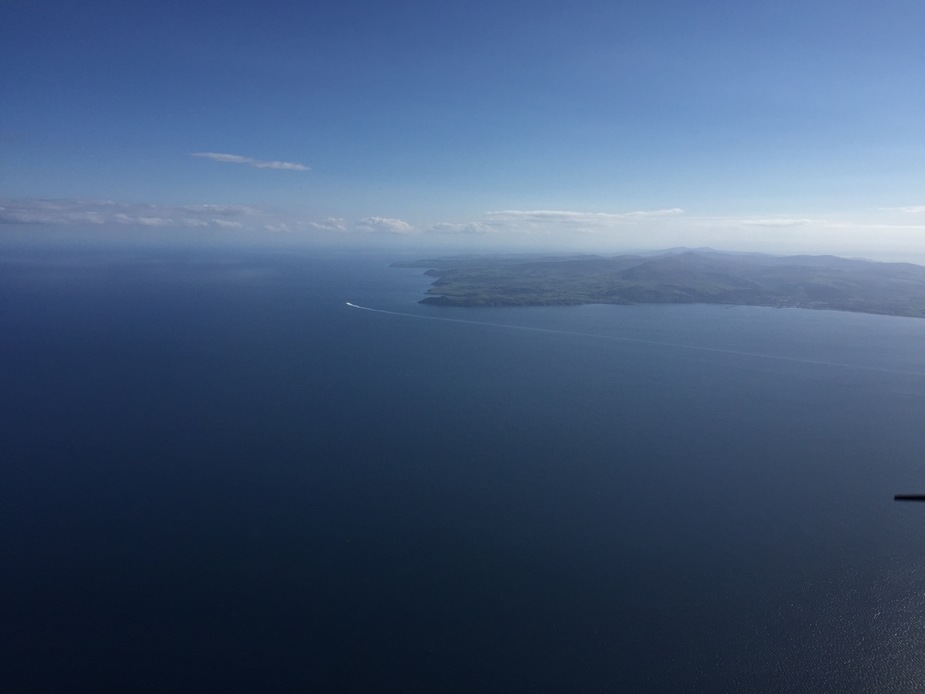 Blackpool’s a good day out. One thing to bear in mind is I think the staffing levels are much leaner and meaner to keep the airport on a sound financial footing, so if you are trying to get back on the airport while Citywing passengers are being handled, you might have to wait 5 or 10 minutes till there’s someone there to let you back out, the staff let me know when I was leaving the airport so I was forewarned. Also if the earlier/later hours of operation you’ll need to book in/out before a certain time (this info is on the airport’s web site). Other than that the airport is extremely well situated, the runways and parking areas are in good condition, and it was also good to see that the airport was active all day (I saw their training aircraft out many times during the day) so I hope the airport has a good future ahead of it and it won’t be closed again!

Very nice. I want to go to Blackpool too! There is no reason you Brits should be coming over here, and me not come over there…

That tram can only rival with this

Thanks for that! I enjoyed reading it

It must be well over 10 years since I was last in Blackpool (I think the last time was for a Pprune flyin) not long after I got my PPL. So maybe 13-14 years ago.

Thanks for the great report. I have never been there and will pop up there soon, on a nice summer day.

Nicely written, thanks for taking the time to post it.

Thanks for the great report. I have never been there and will pop up there soon, on a nice summer day.

If you’re doing it on a weekend, let me know. I might try fly over and meet up.

Perhaps we could have an impromptu EuroGA flyin

Perhaps we could have an impromptu EuroGA flyin

Normally I can do weekdays only but will be able to do a weekend fly-in on 20/21 June.

Oh poop. Another time then…

I’m at the PFMS flyin in Germany that weekend. Looks like you’ll be on your own unless anyone else is around. I’m sure you could find something to do in Blackpool!

dublinpilot
EIKH Kilrush
13 Posts
This thread is locked. This means you can't add a response.
Sign in to add your message