I admit I have gotten into a habit of randomly browsing aircraft adverts, especially on planecheck, including for planes I can neither afford nor have any use for. But this one caught my eyes especially so I wanted to share it with you. 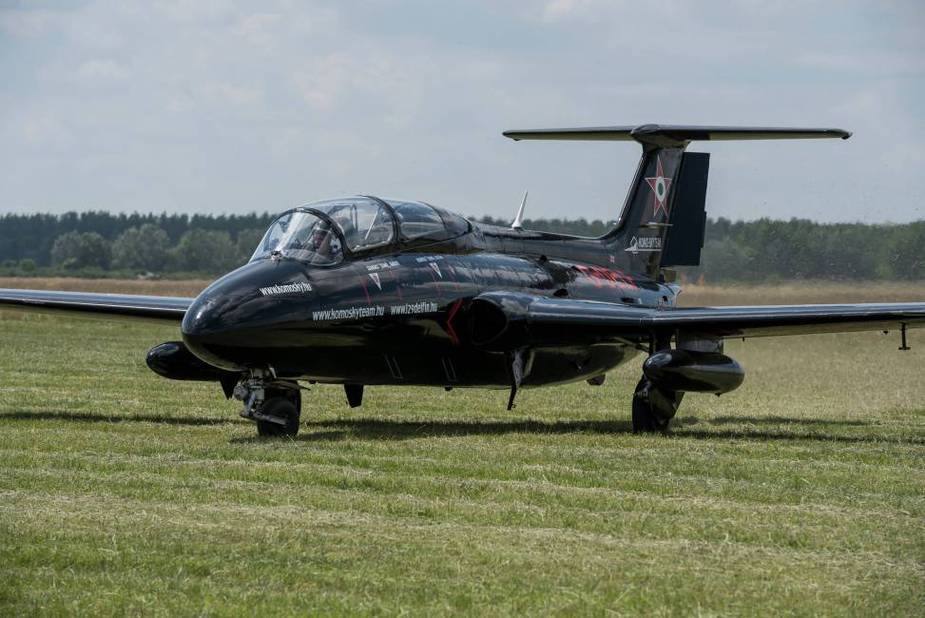 The Aero Vodochody L-29 Delfín is a military jet trainer aircraft introduced in the 1960s for various Warsaw pact nations and built in Czechoslovakia from 1963 to 1974 according to Wikipedia. 3500 were built. In most of the world it was superseded by its sucessors, the L-39, L-59, L-139 and L-159, although Georgia and Angola supposedly still use it in their airforces.

My only personal experience with this type, or rather its successor, the L-39, is from playing the military simulation Arma II on PC. But at least I knew the name from there…

It is a single engine turbojet design. Because its role as a trainer, it has two seats. With a lenght of 10,8 m and a wingspan of 10,3 m it would fit in most parking positions/hangars for SEPs. MTOW is 3540 kg.
With a maximum speed of 353 kn it is not particularly fast for a military jet, but pretty fast compared to what most of us fly (JasonC, what_next and a couple others excluded). With a range of 480 nm it also doesn’t get anywhere near as far on a single tank as Peter’s TB20. A stall speed of 71 kn is a bit faster than what I’m used to but not dramatically so.

I must say, I find this offer intriguing: For just 90k you get a military jet that is apparently in “fly away” condition. Seems pretty cool to me.

What would be the drawbacks?

Still, wouldn’t this be one relatively cheap “fun” plane to buy? It is on G-reg and the type is apparently quite widespread as a warbird and in air racing.

You could also spend 150k instead and go for a L-39 with modern avionics but less time to TBO on the engine. Performance would also be much higher.

Hello MedEwok, I imported what was ES-YLM and went through the process of placing the aircaft on the UK register to become G-DELF (Easy) and obtain the UK’s first Delfin CAA Permit to fly (Not easy) in 1998. My conversion training was done over three hard weekends in Estonia by ex-Soviet DOSAAF flying instructors. Every flight included aerobatics and lot and lots and lots of spins.

Overall, the Delfin is an easy aircraft to fly with docile and excellent handling. The UK CAA test pilot who did the flight test for the Initial permit issue said it would never have been accepted as a UK trainer. Basically it was too easy and would not prepare a student well for 1960’s jet fighter handling.

When we were operating G-DELF at Manston in the late 90’s Jet A1 was available at around £0.12/litre and even at 700L/h fuel cost was not a big factor in operating costs. Those days are gone forever and with Jet A1 at around £0.80/litre in most UK GA airports that is now a pretty unpleasant direct operating cost.

At the time, a PPL plus exemption from holding a type rating was all that was required to fly these amazing aircraft. Not sure what the requirements are now. But from a pilot capability point of view they are quite manageable for a disciplined and determined PPL.

However, I don’t think an L29 is a great proposition in 2017 due to the direct operating costs. But if you are tempted I must say the L39 is a huge step up in appearance, operational convenience and instructor view! Not a great difference in fuel burn and if anyone is in the market for an ex-mil jet the L39 is unbeatable. 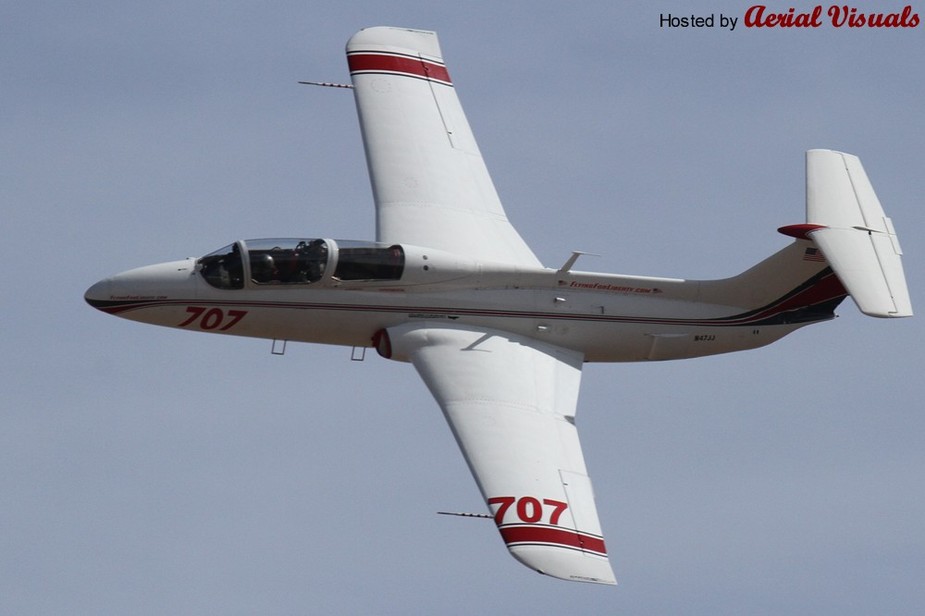 They climb from takeoff at a very shallow angle!

The L-39 is the looker but the US ones are experimentsl so couldnt be flown over here.

The L39C (G-OALB) and L39ZO (G-OTAF) variants have both received permits in the UK in the past so have flown on national register in the U.K. Not sure if any L39s are still here but they were great fun at the time

Thanks for the informative post Phil! Too bad that direct fuel costs make operating these prohibitively expensive nowadays :(

I always notice these because I come from the same place

I can’t believe the CAA does the TR exemption today… but was it ever possible to fly the aircraft outside the UK?

Unlike various modifications of L-39, an L-29 can be bought for next to nothing – I’ve occasionally seen prices as low as 30k for an aircraft that was tired but airworthy. Engines (M-701) are not abundant on the market, but our facility at LKBU can overhaul them (I think we are currently the only one in the EU to hold this approval) – here is a photo of this engine on an overhaul stand. 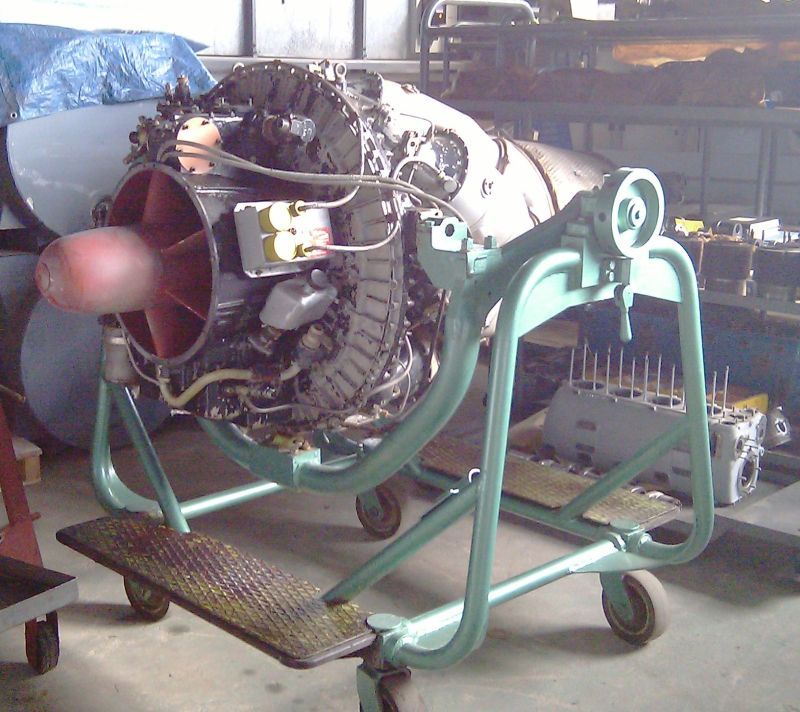 It’s quite thirsty in operation, though – 700-750 litres per hour.
Regarding the ease of flying, according to my first instructor who learned on them in the military, it is extremely docile, has a very graceful stall behaviour, being almost impossible to stall out of a figure, whether upright or inverted (e.g. losing speed at the top of a loop is a non-event), and a bit inert in evolutions (again, according to him, a flick of the controls producing a 360° roll on an L-29 would produce a 720° roll on a MiG-21).

There was one at Galveston while I was based there – nice looking plane but it was a bit of ground gripper (took most of the runway to get off, then had a very shallow climb angle).

Hehe, I’d I ever become filthy rich (very unlikely ) I think I’ll buy my personal L-39 just for the hell of it.

MedEwok
Novice pilot
EDVM Hildesheim
44 Posts
This thread is locked. This means you can't add a response.
Sign in to add your message

Famous people who fly
Mazda gasoline IC engine (compression ignition)
ATG Javelin - was there ever a market for it?
Who wants to buy this? (MiG-29)