Do anyone of you see them around Europe at all during your travels? I’ve always been amazed that you don’t see more of them around as they’re the cheapest certified turbine there is. It’s no speed demon, but seems to have great economy and be well built. They were going to build them in the US for the American market in Montrose, but I don’t think anything came of that. As far as I can tell, there isn’t a single one on the US registry, depsite being FAA certified. Isn’t that strange? One does not hear or read about them hardly ever. They still make them, as far as I know.

Anyone seen one recently? 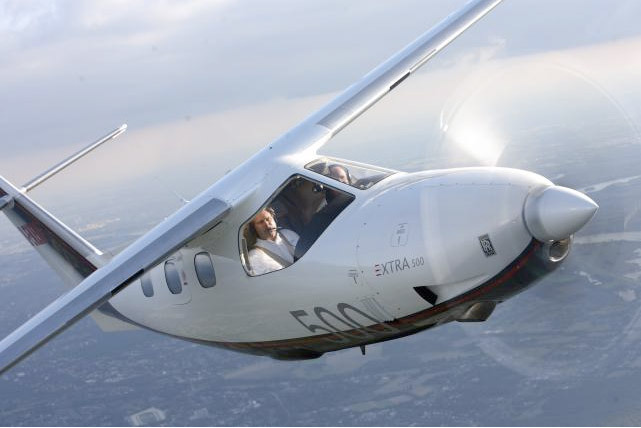 I saw one two or three weeks ago at Charleroi. German registration number.

It looks very small, a lot smaller than a Malibu Meridian, no idea how six persons can possibly fit in there. It is 50kt slower and costs something like 150.000$/Euros less (around 10%). It has an exotic engine and propeller compared to the very common PT6 of the competition which could mean more expensive and difficult maintenance and possible shortage of spares in a few years. The only advantage seems to be the better range.

what next
EDDS - Stuttgart
Silvaire
03

It has an exotic engine and propeller compared to the very common PT6 of the competition which could mean more expensive and difficult maintenance and possible shortage of spares in a few years.

Is the Allison 250 exotic? In guess maybe in comparison with a PT6. The Extra 400’s water cooled Continental Voyager is/was certainly exotic, or at least unusual. Regardless of engine I’d see the MT propeller as suspect for this application. Despite the ‘natural composite’ desciption used by MT, which I’ll admit to finding slightly amusing, it is in actuality a wood bladed propeller with a thin layer of fiberglass to protect it from water and a metal shield glued onto the leading edge. OK-ish for a sport plane, I own myself for use in that role, but not what I’d see as ideal for an all weather turbine powered going places machine.

[quote fixed up – the new site no longer uses > and you either use the Quote button (on highlighted text) or start the line with bq. (blockquote) as per Posting Tips – Peter]

There are 1 or 2 flying around. Apart from their regular exhibit at EDNY, I have seen it at Mali Losinj and saw it at a distance at Caen recently.

There is one based at EGHH, which was intersting to see up close, but by all accounts the hanger talk is that the build quality is not great and the finish somewhat utilitarian.
Pressurisation and landing gear issues seem to be a constant sqwalk according to the mechanic who works in it. He also opined he felt the engine was underpowered for the airframe.

I’ve alwasy been surprised they didn’t bring out a revamped EA-400 with a non exotic trouble free IO540 rather than the water cooled engine exotica which apperently wasn’t very good.

the build quality is not great and the finish somewhat utilitarian.

Given they have built only a few at most, that would not be suprising. When I was looking at Diamonds and Cirruses in 2002, they would have looked a bit rough at the IKEA kitchen department. Badly fitting parts and rough edges everywhere. They improved as the years went by.

I’ve alwasy been surprised they didn’t bring out a revamped EA-400 with a non exotic trouble free IO540 rather than the water cooled engine exotica which apperently wasn’t very good.

What were the problems with the water cooled engine? I have heard the opposite i.e. it gave very little trouble, although of course Lyco sold almost none of them. But there is so little data that who really knows?

I have only ever seen one Extra 400 ever for real – at Cranfield. I spoke to the pilot. He was an American CPL/IR who had a job flying a businessman around Europe. He was very happy with it. His biggest problem was getting Eurocontrol to accept his flight plans

But the RR250 is one of the most proven designs there are. It must have almost as many flying hours as the PT6 being installed in every helicopter ever made, pretty much. Maybe the price delta isn’t big enough. If it were priced closer to a new Silver Eagle, it would probably at least outsell that.

I just heard on an US forum that it actually only has EASA certification. FAA wanted it to do some more tests, which they now have done and apparently certification is imminent (FAA does have severe backlog in the cert department). According to article all the 2013 sale slots are “sold out”, whatever that means. Sounds a bit like marketing talk to me.

I hope it can succeed over time. I’m rooting for it.

Here’s a recent video of one doing an approach into Charleroi.

AdamFrisch
KEMT
87 Posts
This thread is locked. This means you can't add a response.
Sign in to add your message