Approaches to minima (and departure minima)

When I need to take a SIM ride I will get minimums, but in real life (probably because my commercial flying has not been with an airline) may only have to carry out an approach to minimums every few years or so. In fact when it has been to minima (Cat 1) it’s always been on an ILS. Not sure I would enjoy a real non precision approach to minimums, even less at night. Have not done a Low Visibility Procedures course or sign off.

While we train to fly well to minimums, how often do we actually carry out such an approach?


Have not done a Low Visibility Procedures course or sign off.

This really only applies to the out taxiing part only. I have been doing my low visibility course and SIM recurrents twice per year since about a decade. But AFAIK I have done LVTOs (low visibility take offs) only twice in that time.

For the rest it really depends on the part of the world you fly in. Once per week I perform a flight to a destination which only has a non-precision approch with 1500m visibility and 400ft DA/MDA/OCH (whatever we want to call that today). I guess that at 10 times per year I get either the 1500m or the 400ft – or both. 550/200 on the ILS is quite rare, maybe two times per year.


While we train to fly well to minimums, how often do we actually carry out such an approach?

I was wondering how much a difference synthetic vision makes when flying to minimums? Any pilots with experience here? I guess it makes it a lot safer as any instrument mixup should show up instantly.


I was wondering how much a difference synthetic vision makes when flying to minimums? Any pilots with experience here? I guess it makes it a lot safer as any instrument mixup should show up instantly.

On a NPA it is very helpful. Less so on a precision approach. In all cases it is an additional cross check that shows the aircraft flight path marker going to the end of the runway.


I was wondering how much a difference synthetic vision makes when flying to minimums? Any pilots with experience here? I guess it makes it a lot safer as any instrument mixup should show up instantly.

), which this question was about, and an infrared camera or EVS, as Cirrus call it, the Enhanced Vision System. What allowed AeroPlus to see the runway on the last 200 ft in Lyon was rather the EVS than the SV, and I wouldn’t want to use SV in the final stages of an approach to line up with a runway. It can only be equally or less precise than the GPS derived HSI needle, and I wouldn’t use that to line up with a runway.

Enhancing your vision with a camera, I don’t see so much risk since what you see is what is really outside; at least if you approach a fully lit, 45m instrument runway. The military do this at night, doing low-flying in helicopters with night vision goggles, but it is not the same idea as using a GPS derived image of your surroundings that is synthetically calculated from a database. I would never use that for more than additional situational awareness (neither would I want to use EVS in this way BTW, but I think it is less risky).

@Rwy20: I was referring to the Synthetic Vision and not to the EVS system, which is indeed GPS based but still gives you a pretty good picture of where to expect the runway. It (the runway) is not going to be somewhere else and is a confirmation on where to expect the runway on top of other inputs such as the ILS, on the right QNH, being in a radar environment and looking outside of course. Especially with a crosswind landing, the Synthetic Vision helps you to spot the runway earlier as you know exactly where to look for it. I think we discussed my approach into Lyon already extensively in 2015…


Not sure I would enjoy a real non precision approach to minimums, even less at night. Have not done a Low Visibility Procedures course or sign off.

While we train to fly well to minimums, how often do we actually carry out such an approach?

Why are you asking this question? It happens. When it happens you’re glad you trained for it.


I was wondering how much a difference synthetic vision makes when flying to minimums?

It is actually a bit confusing as you lack all depth perception. I.e. the runway shows up, but you have no idea how high you are and to me it felt like I was a lot lower than I was in reality, which is a little upsetting. But it does give some general situational awareness. It’s a tool.

About departure / takeoff minima: what is legally the minimum visibility? Is it 150 meters? or are 0/0 departures allowed? In the US, 0/0 departures are allowed I think for private flights (part 91).

I remember a departure I did early one morning this spring on a flight from Lyon-Bron (LFLY) to Courchevel (LFLJ) with the Seneca 2-200T. I had a departure alternate nearby that was reported clear. I was not at maximum weight and the runway was long.

There was ground fog at LFLY. Looking up, I could feel the sun trying to peek through the fog layer. Calling Courchevel by phone before thinking about a departure, I understood that the weather at Courchevel was all clear sky with no fog whatsoever.

So, I decided to have a look at the runway and see if I could depart. I called the tower and asked for a follow-me car to bring me to the holding point of the runway. I had trouble following the follow-me car. Actually, at first, I did not realise that the ordered follow-me car was already sitting there waiting for me just a little in front of cur aircraft. I just did not see him. So he had to come closer to me and stay close.

Once at the holding point of the runway, I ran all the run-up checks, then after I was cleared to line up on the runway, the tower turned up all the lights they had including white centre-line approach lights. I could barely make out 2 of those which meant to the controller that I had at least 150 of visibility. I rotated and climbed out and was feeling and seeing the sun after a few seconds in the climb.

Of course, I don’t want to think about the idea of getting an engine failure right after rotation. So, I rotated a little later with a speed above Vyse and still lots of runway ahead of me to stop in case I would get an engine failure while still on the runway. Some of you probably would not depart. My question is, what is the legal minima for departures under the new SERA rules? 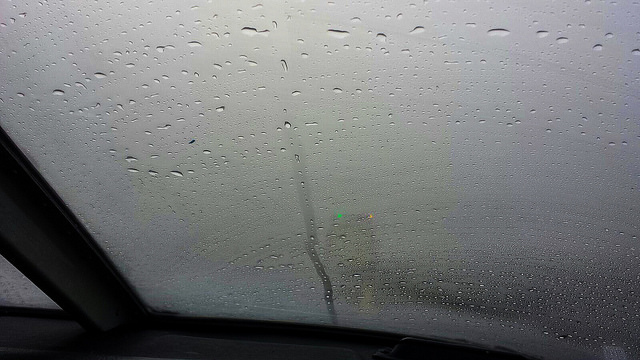 AeroPlus
EHRD, Netherlands
55 Posts
This thread is locked. This means you can't add a response.
Sign in to add your message