There’s a great discussion going on on one of the US forums I frequent. A couple of mainly Garrett powered owners in what started out as a predominantly PT6 thread have given some interesting numbers. Especially a Conquest 441 owner and a Merlin III owner. The Conquest guy flies his RSVM’ed 441 at FL350 on around 340pph in total, for a true speed of 285KTAS. He has a picture proving this.

That’s close to 6nm/gallon. With the Jet fuel prices very frequently at half the cost of Avgas or less here, and lower than in many years, all of a sudden the gap between a TP twin or a piston twin isn’t all that big in costs. Although the Conquest owner says his 441 costs less to fuel than his previous C421, he does admit that the mandatory calendar times on certain items does make it slightly more expensive per hour in the end, but not by much. Here’s another comparison on overhaul costs made by a MU-2 owner:

And that does NOT include the extra engine work routinely needed for the piston engine such as oil changes, mag timing, mag overhauls, plug cleaning, etc. That can be easily another $10/hour. Also, the overhaul cost is assuming the case and crank are serviceable, which can be an issue.

It’s refreshing to read these things, because the old TP thing has always been mentioned with such fear. The truth seems to be much less sensational and ruinous – if you can afford to run a piston twin, you can probably afford to run a turbine twin, too. And this is probably the best time in many years to run a TP twin as well. The fleet is getting older and cheaper, and the Avtur prices are going down whilst Avgas is continuing up. 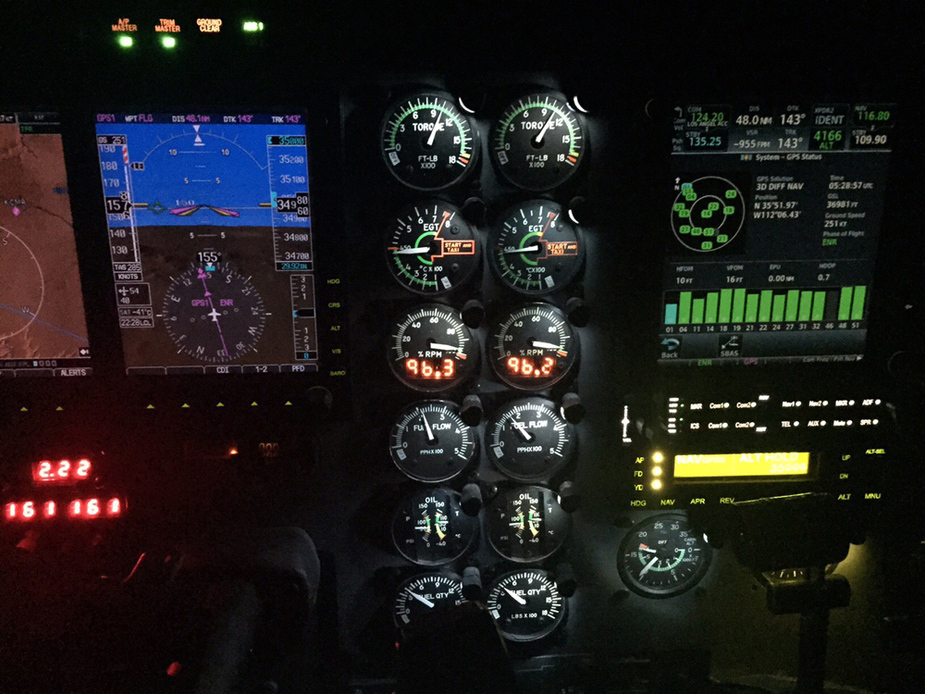 Your mission profile would have you fly at FL350 pretty much all the time and your legs have to be long. If you don’t fly at FL350, the fuel calculation changes dramatically whereas for the Continentals, it doesn’t matter much. Garretts are problematic in Europe and for private operators, Jet A-1 isn’t much cheaper compared to 100LL.

for private operators, Jet A-1 isn’t much cheaper compared to 100LL.

Which countries does this apply to?

I know it applies in the UK, with a self-declaration scheme, with exemptions for business flights and training, IIRC.

At my home base, cost of fuel for private operators, so including VAT
Avtur: 1.2 €/liter
Avgas: 2.8 €/liter (last time I checked)


in Europe and for private operators, Jet A-1 isn’t much cheaper compared to 100LL.

Did a check yesterday to see what the fuel prices are like at the moment. These are for aviation use incl all taxes. Jet A1 varies incredibly in price from place to place compared to other fuels:

At the moment it seems to me an engine capable of running on mogas or autodiesel is the best.


At the moment it seems to me an engine capable of running on mogas or autodiesel is the best.

A good friend picked up a beautifully maintained R-R Gnome from the U.S. coastguard for very little (cost of a top overhaul) and he is using it on a Velocity. Not sure when it is scheduled for flight testing under the U.S. Experimental rules, but it is expected to deliver 300 knots TAS at FL180. Definitely the cheapest turbine set up I’ve come across.

There is a quite some difference in fuel flow on the analog picture, about 50 pph. Is this indication issue, as all other engine parameters seem to be equal? Is the LH digital instrument Shadin fuel flow? Such that the LH analog indicator is overreading?


Did a check yesterday to see what the fuel prices are like at the moment. These are for aviation use incl all taxes. Jet A1 varies incredibly in price from place to place compared to other fuels:

And just where is that ? At any rate, it certainly is NOT anywhere near the averages in Europe .

Michael
FAA A&P/IA
LFPN
27 Posts
This thread is locked. This means you can't add a response.
Sign in to add your message

"But turbines are so expensive..."
Affordable light twins?
Will turboprop engines replace pistons in IFR tourers?
Is the PT6 still being developed?