After the EuroGA meet-up at Carcassonne Karen and I flew down to Spain. We had originally planned to go to Barcelona, Gibraltar and Lisbon but that was going to be too hard with my wife in a wheelchair. This trip report will be nothing like as comprehensive as PG’s! 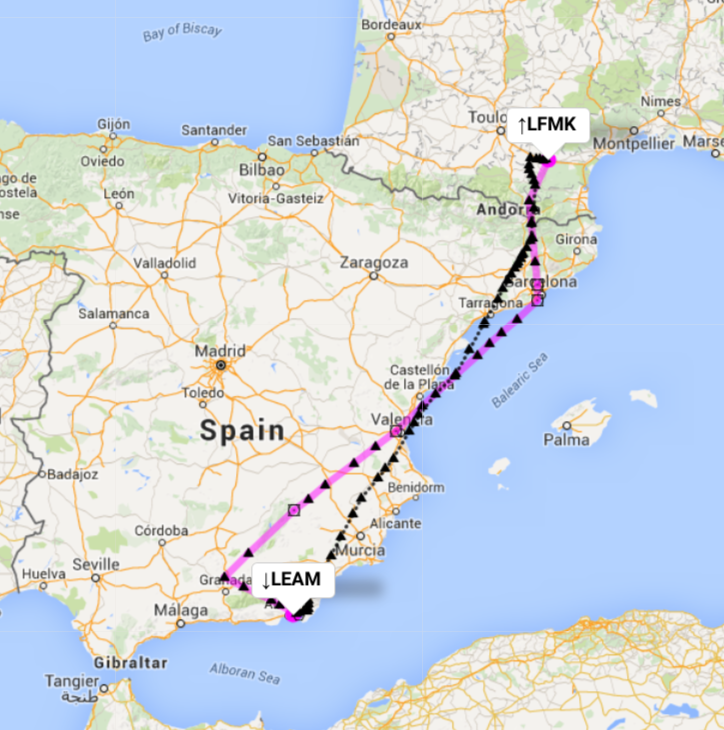 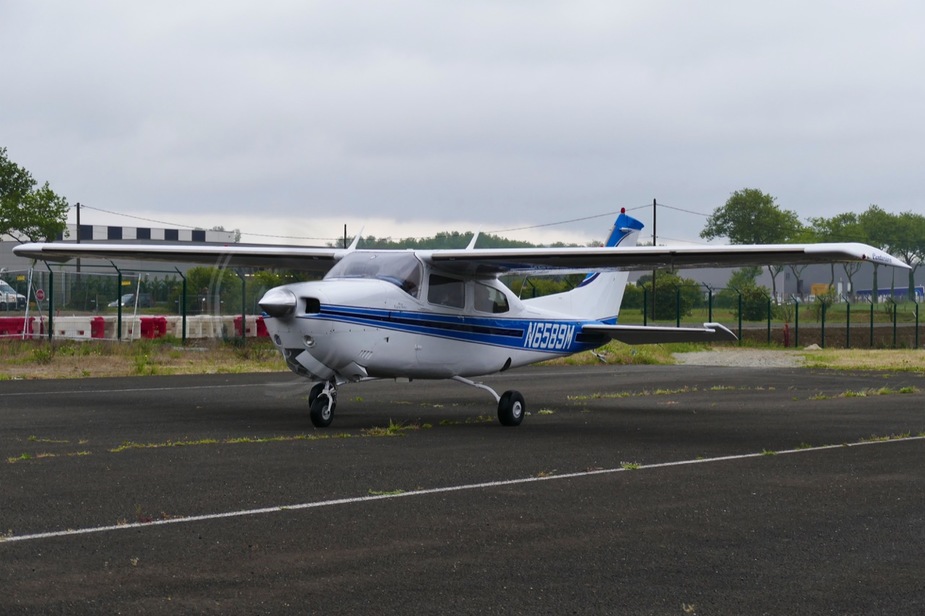 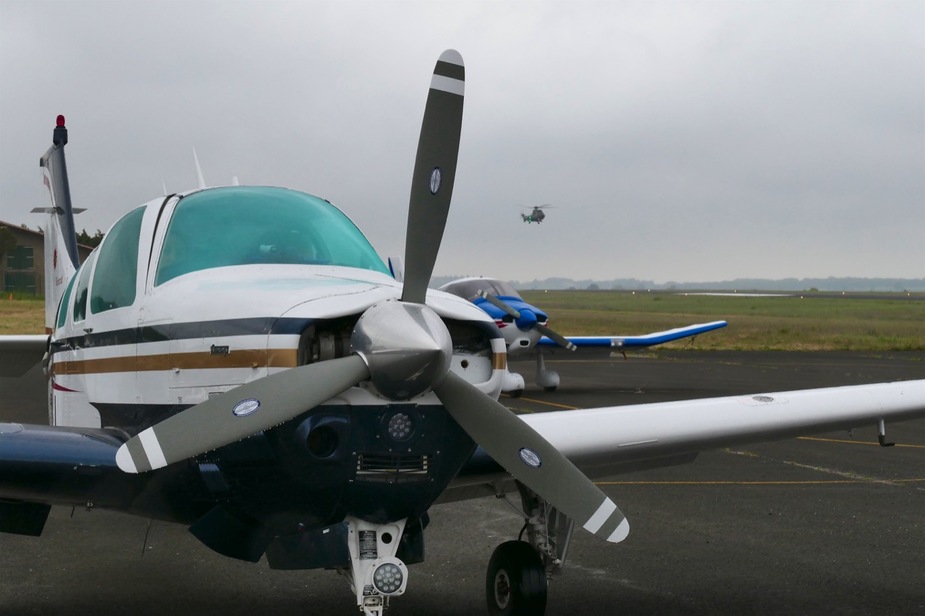 When we left Carcassonne we continued onto Almeria LEAM for some Rest and Recreation (R&R) by a swimming pool. A delayed IFR clearance at Carcassonne flattened my battery but ATC sent a GPU (Ground Power Unit) so we got away almost on time. The weather was IFR (as Nestor discovered) and so we were given the GALDO2E SID into the airways system.

We climbed initially to FL100 but we were still in cloud so we continued to FL150. At that level we started picking up ice but by the time ATC approved higher the CHTs and TIT were climbing because the new air scoop for the intercooler was icing up as well. So down to FL100 for the rest of the flight. The tailwinds which blew everyone home from Carcassonne were headwinds for us…

From Valencia we got DCT AMR which saved some time, followed by the DOSEK1C arrival and GPS rw25.

We had been told no handling was required provided we departed to a Schengen country, so we refuelled (€2.77/lt!) and walked to the terminal. The refueller initially wouldn’t accept a credit card without a VAT number (?!?) but a call to Ops sorted that out. 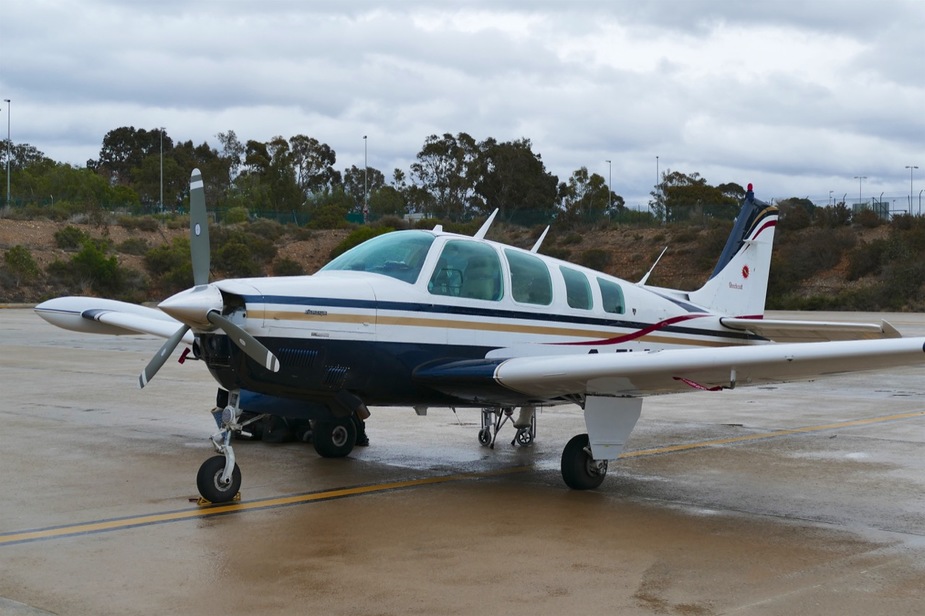 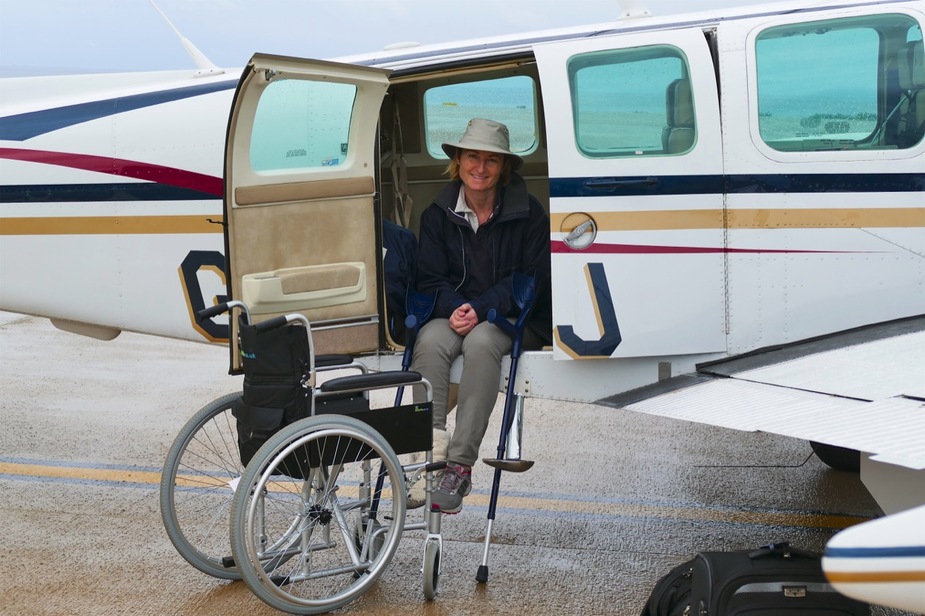 At Almerimar (40 min drive from Almeria) we stayed at the Hotel AR Golf Almerimar and chilled for a week. Five minutes’ walk from the hotel is a village and marina with a number of restaurants and bars. Good for a day or so unless your partner has a broken leg and need to stay longer. ;-) Great for golf, of course, if that’s your thing.

Seafood in the village: 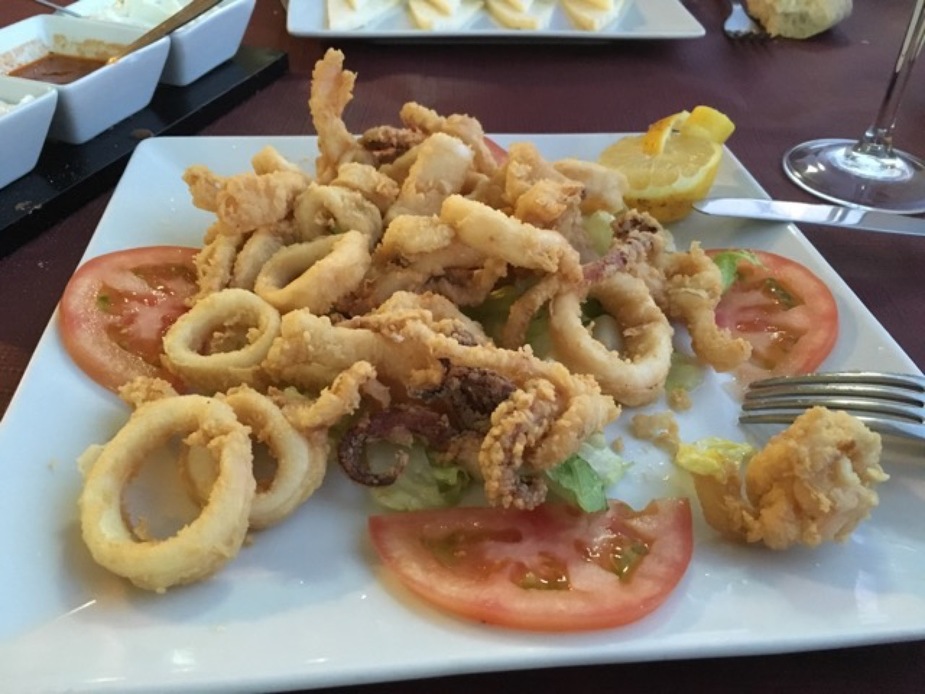 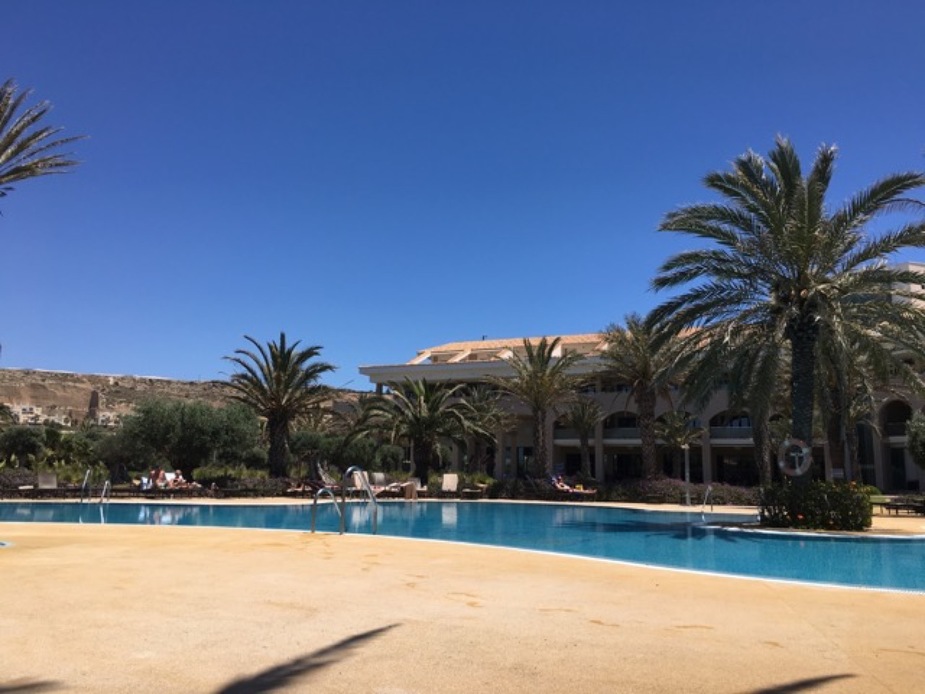 Landing and parking at Almeria for a week was €187. 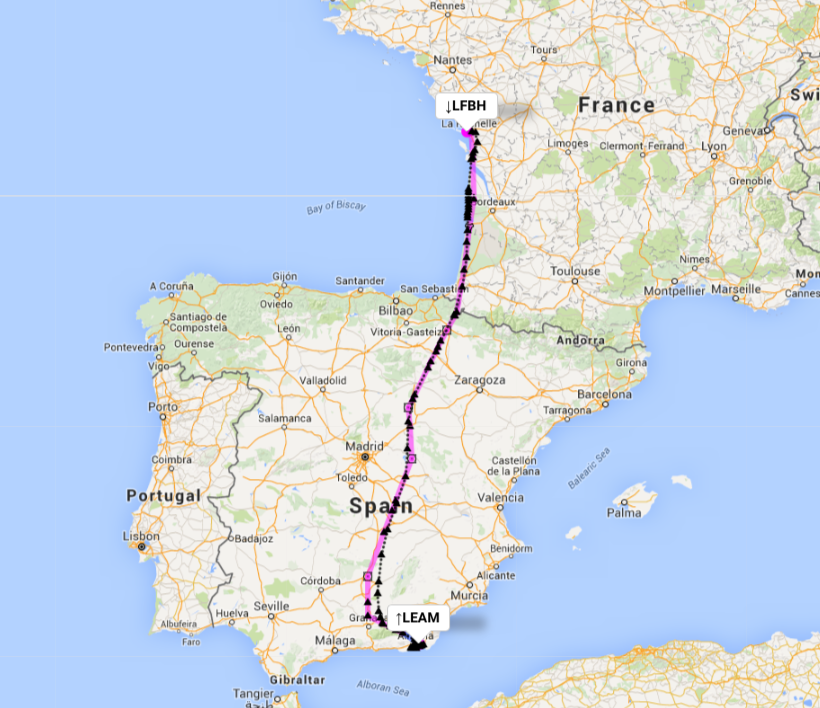 Although we had the range to get to Guernsey non-stop we planned to go via La Rochelle to avoid handling fees at Almeria.

We used the free PMR service to get a ride to the aircraft, but had to queue with EasyJet passengers to get through security. I expected an argument about a couple of bottles of wine in our bags but the PMR representative explained that we were a private flight and we were waved through.

In the back of my mind was the fact that we’d had to use a GPU to start in Carcassonne, so I asked how much a GPU would be – €37 + tax for 1 hour. The snag is you can’t have a GPU without handing (€180 + tax) so I decided to risk it. I called for start on a handheld then switched on the battery, primed and it started! Phew! 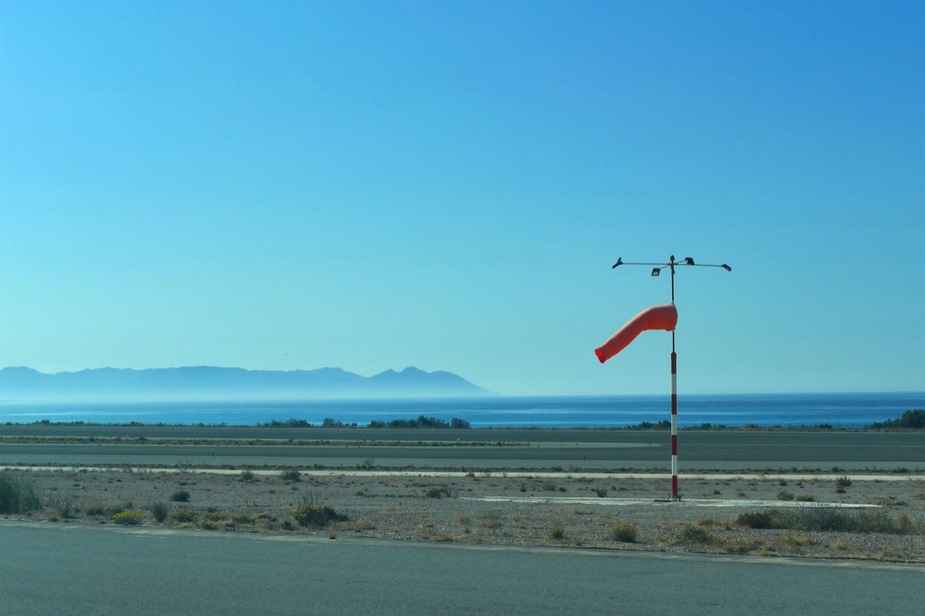 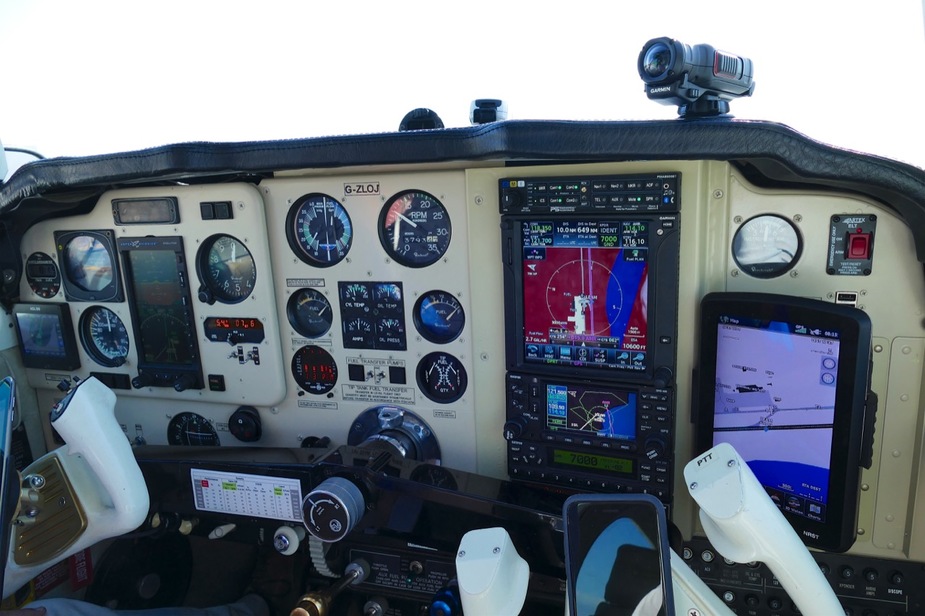 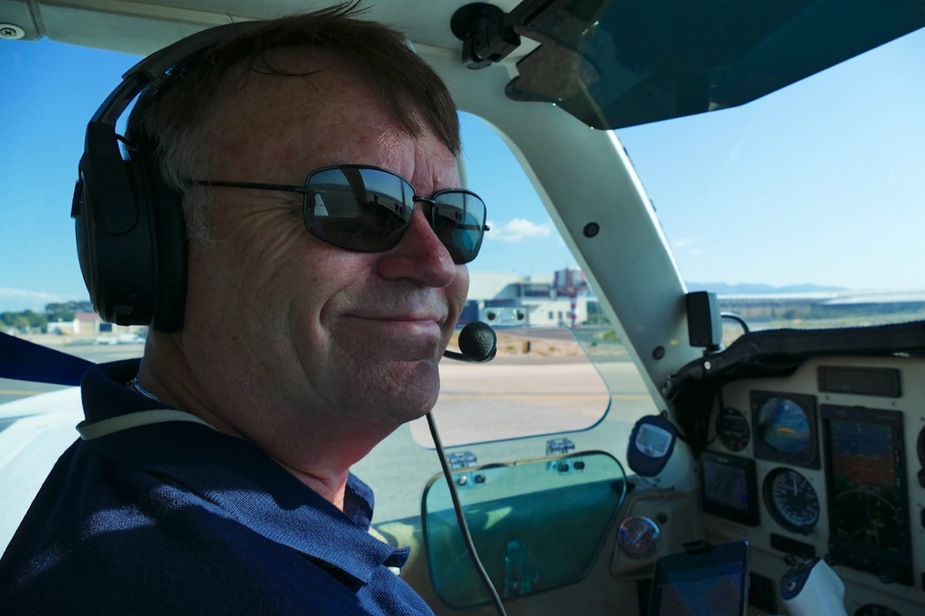 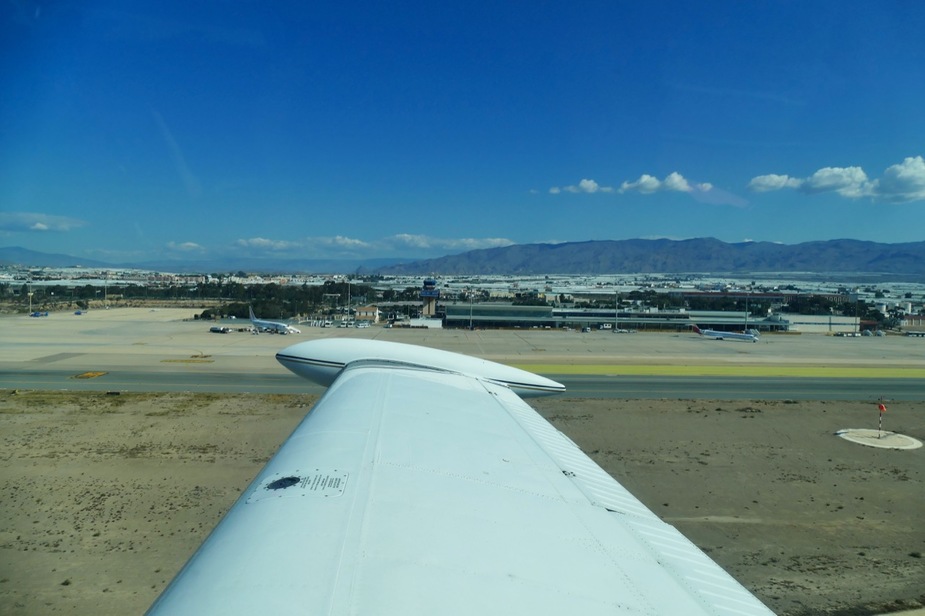 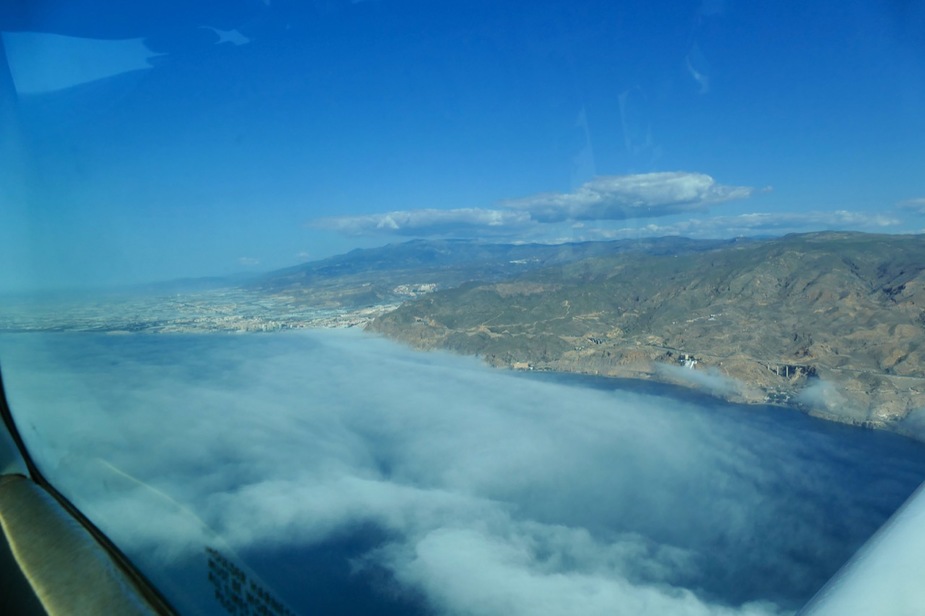 The SID was the ESILA1A with a required climb gradient of 6.5%. I was offered the ESILA1E (8.5%) but turned it down. We opted to go at FL200 for this leg (average 10 kt headwind) and got a couple of short cuts on the way. 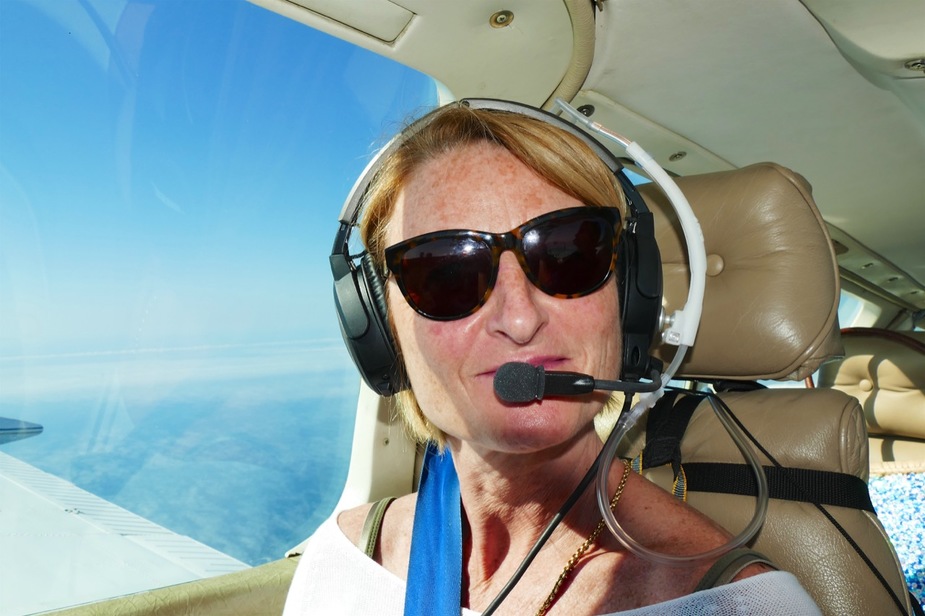 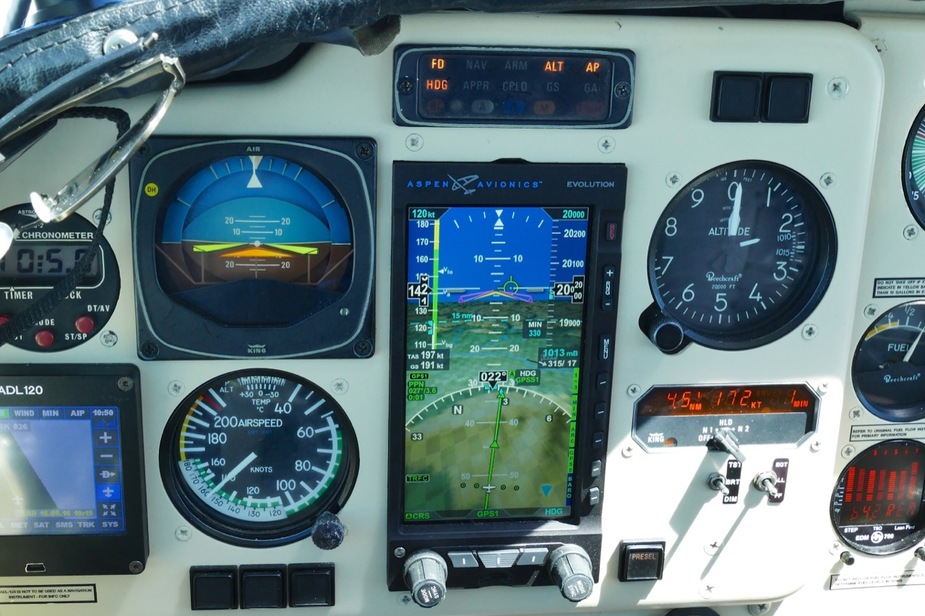 Into La Rochelle we carried out the GPS to rw27 and parked outside the Aero Club.

Landing and parking came to €13, but again we got caught up with commercial passengers going through security. Probably not worth stopping there if you don’t need to. 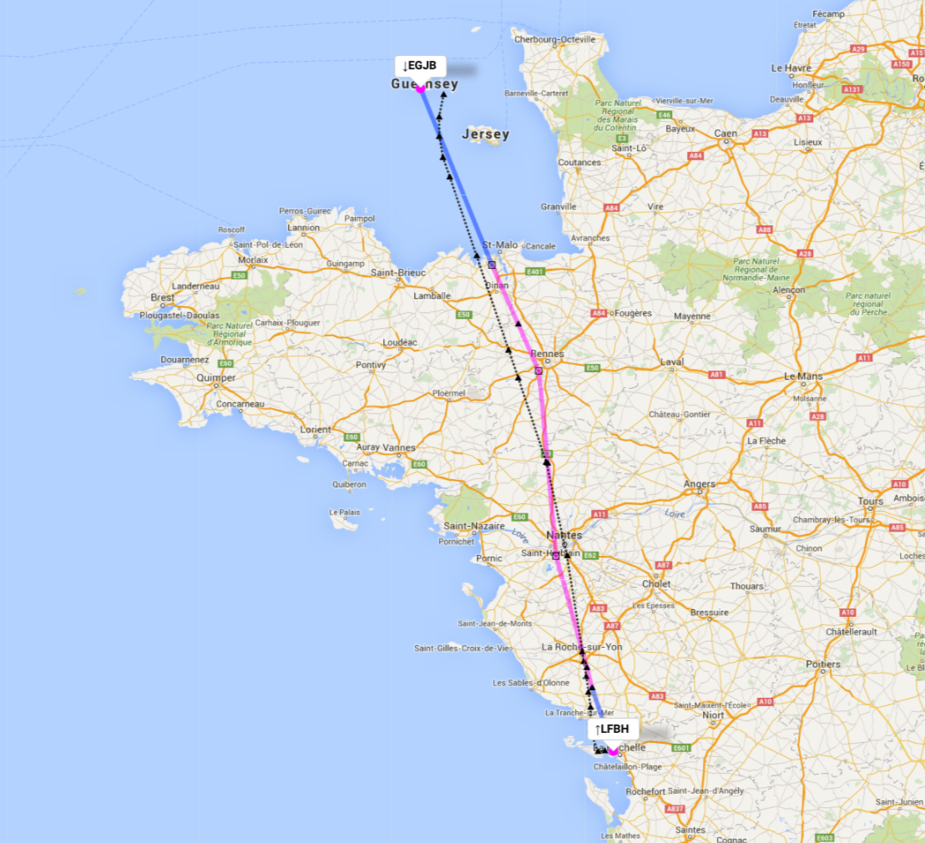 The island looked pleasant on departure and I’m sure we’ll go back and spend some more time there in the future. 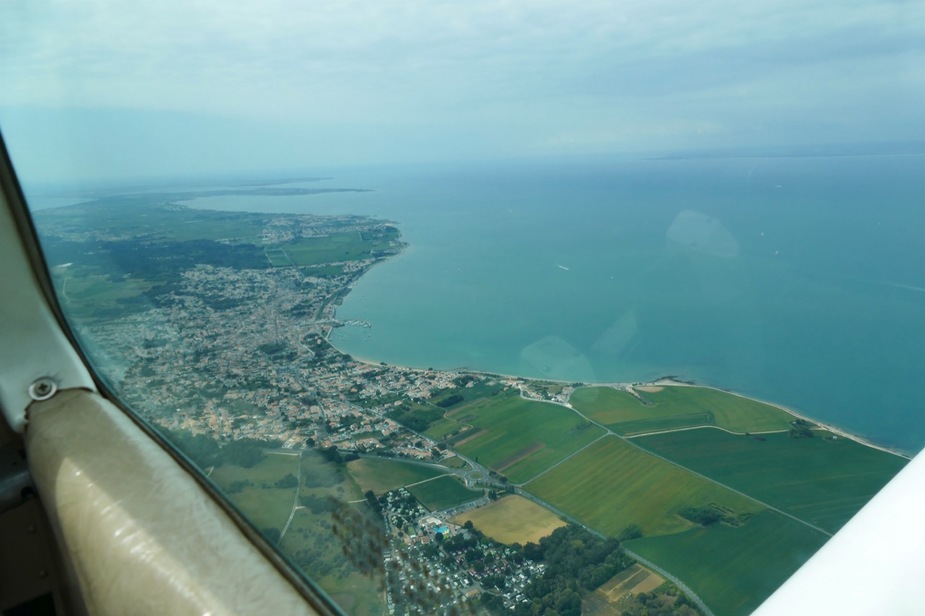 This leg we flew at FL90 as our portable O2 was getting low and it would have been a waste of fuel to climb any higher. We flew the ILS to rw27 at Guernsey and stayed with friends (and met PG and Kirsty) for two nights. 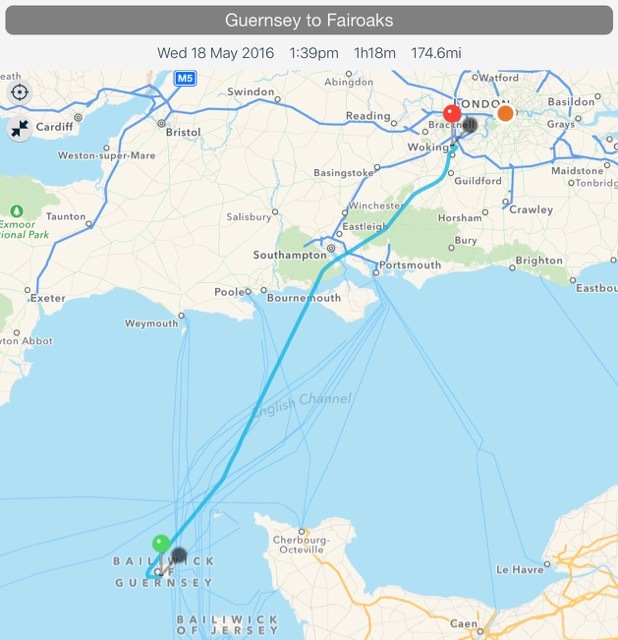 Fuel at Guernsey with an AOPA card is only £0.93 (€1.21) per litre, so we filled up – 484 litres! Landing and parking for two nights came to £49 with ASG.
Another short flight (1 hour) across the Channel to Fairoaks. The weather got worse as we coasted in but Farnborough saw us down to 1500 ft where we were in VMC.

Total distance (including Fairoaks to Carcassonne): 2068 nm. Flight time: 13:10
A great work-out for my new turbo!

Nice one Chris. More time off than the ship’s cat….. A little jealous, honestly

I’m planning 200 KTAS at FL 200 but the power starts dropping off then as the wastegate is fully closed so maybe 190 again at FL250? (Haven’t been there yet!)

chrisparker
Spending too long online
EGTF Fairoaks, EGLL Heathrow, United Kingdom
17 Posts
This thread is locked. This means you can't add a response.
Sign in to add your message