Can someone explain how difference training is supposed to work like like I’m a dumb American coming from the land of (if it doesn’t need a type/class rating that you don’t have and its not HP or tailwheel, and someone will insure you than you can fly it).

Say I took my SEP in a normal 172s, do I need differences training to fly a Piper cadet and if so is it a yes because it’s a low wing and has carb heat or because it is a different type?

What does the training need to consist of? Studying the manual? Flying with an instructor until they are satisfied?

Unless in a club context, and excluding class/HPA/tailwheel, if you are happy with your insurance arrangement none is required.

I do know one pilot who went from a DHC Chipmunk to a Pitts S1, and despite his superior skills (genuine) his early landings were quite exciting.

I also know another pilot who read the manual and jumped into a PC12, no problem at all. He did have the required HPA and High Altitude endorsements, and the aircraft was Part 91 operated.

You get instructor signed off practice.
Duration: until your FI/CRI is happy to sign his name into your log book
(…15min can be sufficient for a CS prop).

Once you have these sign offs, e.g. RG, CS, EFIS… they are valid for all planes within your aurhorized class (for me: SEP).

Gettting some intro training on a new model is smart, but not legally necessary ;-)

Say I took my SEP in a normal 172s, do I need differences training to fly a Piper cadet …

What does the training need to consist of? Studying the manual? Flying with an instructor until they are satisfied?

Long answer: The process is very similar (ground and flight training, and an entry into your logbook), but the list for what you need it is different

Endorsements which do not exist in FAA, but you might need differences training under EASA

For moving between types, or indeed between clubs, the usual “club checkout” applies.

I guess to be safe legally I‘d need to get a FI to sign me off in everything?

I think you still need the T bit? which you may do simply by a ground briefing and sign-off really….

AMC FCL 710 local copy
„Difference training in accordance with FCL.710 does not require approval by the Authority.“ → whatever that means…

I am aware that the majority of people moving „up“ from a DA20 to a DA40NG (at a location I know) only do a short flight with the (non FI) owner before they are allowed to rent the plane…no FI logbook signoff. The FI himself couldn’t provide a logbook signof for himself as well. So what’s the point?!
The same goes for chartering a Turbo Arrow RG.

Do you need a carburator diff training if you learned to fly on turbo/injected? Some will say the same as doing a tricycle conversion from tailwheel… 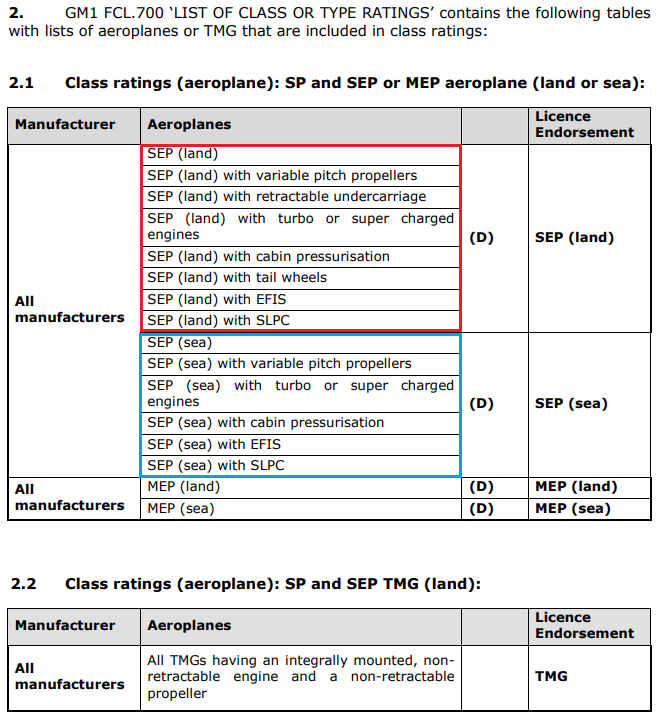 Familiarization training can be completed by the pilot himself, e.g. by reading the POH.

Differences training requires training with an instructor, and possibly an instructor signoff in the logbook as proof. Reference: “It remains the instructor’s responsibility to create a training programme, which is suitable for the particular pilot’s experience, qualifications and the equipment to be used.” (AMC1 FCL.710). It is therefore not enough for a flight with the owner aka @Snoopy style.

Dimme
ESME, ESMS
106 Posts
This thread is locked. This means you can't add a response.
Sign in to add your message