Do you feel you have no more interesting challenges?

I met a local pilot recently, in his 70s, who has been flying about 50 years. He has been all around Europe (mostly in days when the maps looked rather different to today’s) and has lost interest in doing more than Shoreham to Goodwood. He’s not short of money but he truly feels he has done it all when it comes to “going places”.

I wonder how many feel the same way…

As with the mainland US for US pilots, the boundaries of “political Europe” do form a significant boundary beyond which flying gets either a significant logistical challenge (into the former USSR, the Middle East, or Africa, for example) or you face the dangers of crossing huge amounts of open water with few chances of rescue (flying to the US or even directly to South America) unless you are equipped with a ton of gear. I do admire those who do it

Having done the very far south-eastern end of Europe here and with little interest in the logistical hassles of Africa (Morocco is OK) or the other places to the east, the challenge for me is to concentrate on flying to nice places in Europe, getting photos from the plane, and meeting up with nice people

I haven’t done the countries east of former Yugoslavia. They are not far away… There is also Portugal, and then the north-east but that end gets weather-sensitive.

How do you keep flying interesting over many years?

By flying with like-minded people where socialising is as important (well almost ) as the flying itself and by avoiding, whenever possible, the €100 burger.

How about learning to fly new types, or a helicopter? I imagine that would make ‘going places’ a completely new experience. Or has he done all that too?

I think it’ll take a while to get through my list.

- Round the World (starting next April)
- A second trip to the Canadian Arctic. Got to Eureka (80 degrees N) last time, would like to go further; maybe all the way over the top and into Europe.
- A flight to Antarctica, with tour of South America on the way there and back.
- Do some more of Africa; have only flown myself to about half the countries there.
- A second Round the World by a different route; maybe Brazil to Azores, south through Africa (Madagascar, Reunion, Seychelles), and up around Russia instead of Pacific.
- Caribbean and Central America tour.

After that I may start to run low on ideas..! Now that my C182 can fly for 24 hours on a tank, there’s a lot of fun places to go. Just need a fairly priced diesel to finally be available.

For me it’s not so much about more or further but just enjoying time in the air, meeting great people and getting better by learning new things.


Got to Eureka (80 degrees N) last time, would like to go further; maybe all the way over the top and into Europe.

I went the other way (from Svalbard over the Geographic NP, the Magnetic NP, to Eureka) and I thoroughly recommend it. It needs a lot of preparation, but it is just the most fantastic experience.

Here is a picture of the Geographic North Pole. 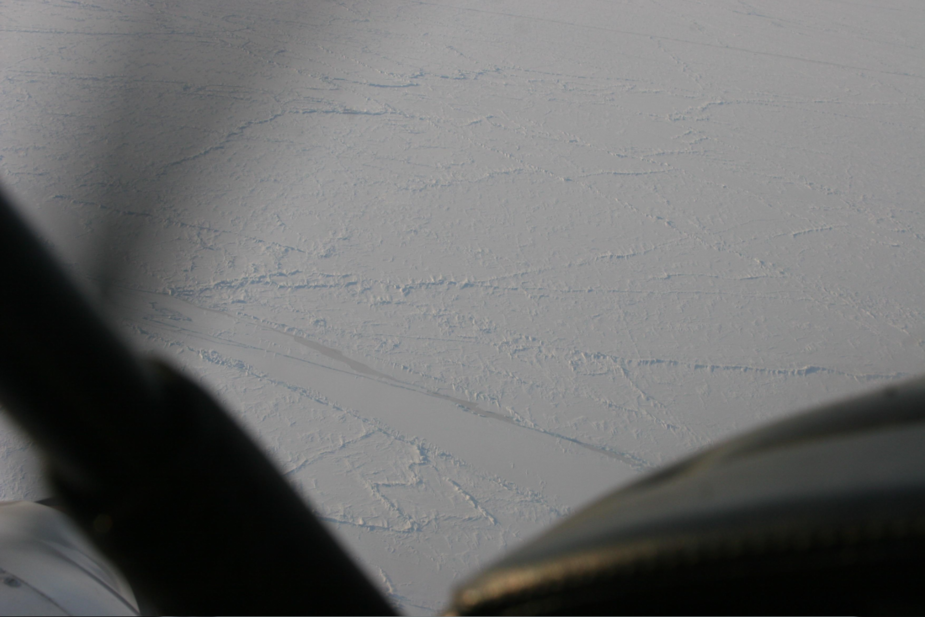 Arguably not much to look at, but a great sense of achievement.

If anyone wants any help or guidance about this route, do get in touch.

My greatest ambition is to circumnavigate at 70°- 80°N (ie Svalbard, north coast of Greenland, North Canada, Alaska, Siberia), but I think it would have to be in a paraffin burner.

Timothy, thanks! I plan this, hopefully for summer 2020 (as the RtW will keep me busy until then). Will get in touch with you…

By creating a purpose for flying. Either business, recreational or vacational. I would give up on flying completely if I didn’t get the rush from either beating airlines in time, or the convenience and benefits it can give me or my business. I suppose it comes down to efficiency. Although there’s nothing monetarily efficient with an airplane (

), it can be time efficient and therefore give you more freedom.


- Round the World (starting next April)…

@Katamarino Man that’s a great bunch of goals!
I’d be happy to fly from Europe to the US once, apparently I dream too small.

Portugal, Morocco, UK and Ireland are still on my to do list as well as Iceland and most southern islands of Italy and Greece. Then there are dozens of scenic cities in France, Germany, Baltic countries, Finland, Norway, Turkey…

So a lot of places to fly to in range of 5-9 hours of flying with DA42 which can easily be done in one day with one refueling. Connecting few of them with some sleepovers can make great trip as @peter did many times.

Then there’s always open challenge of stepping up to turbine yet I have to find justification for such move.

Also, if there was a aero club scene in Croatia (like 30-40 years ago) I would probably engage myself in glider towing and para dropping.

Emir
LDZA LDVA, Croatia
34 Posts
This thread is locked. This means you can't add a response.
Sign in to add your message