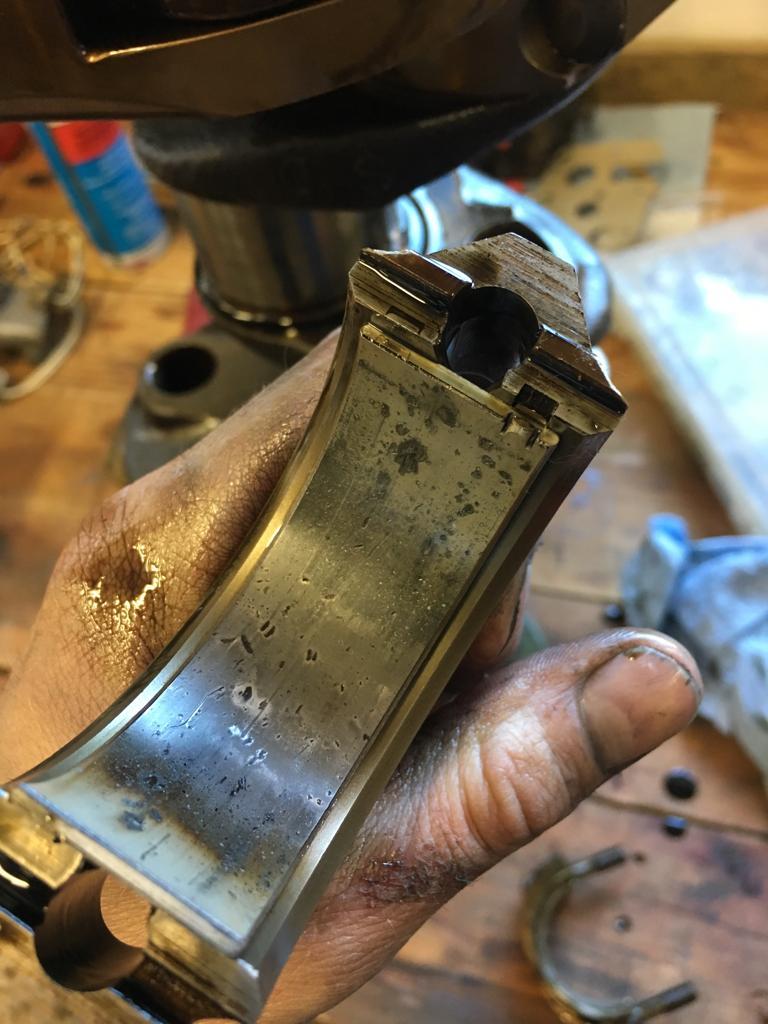 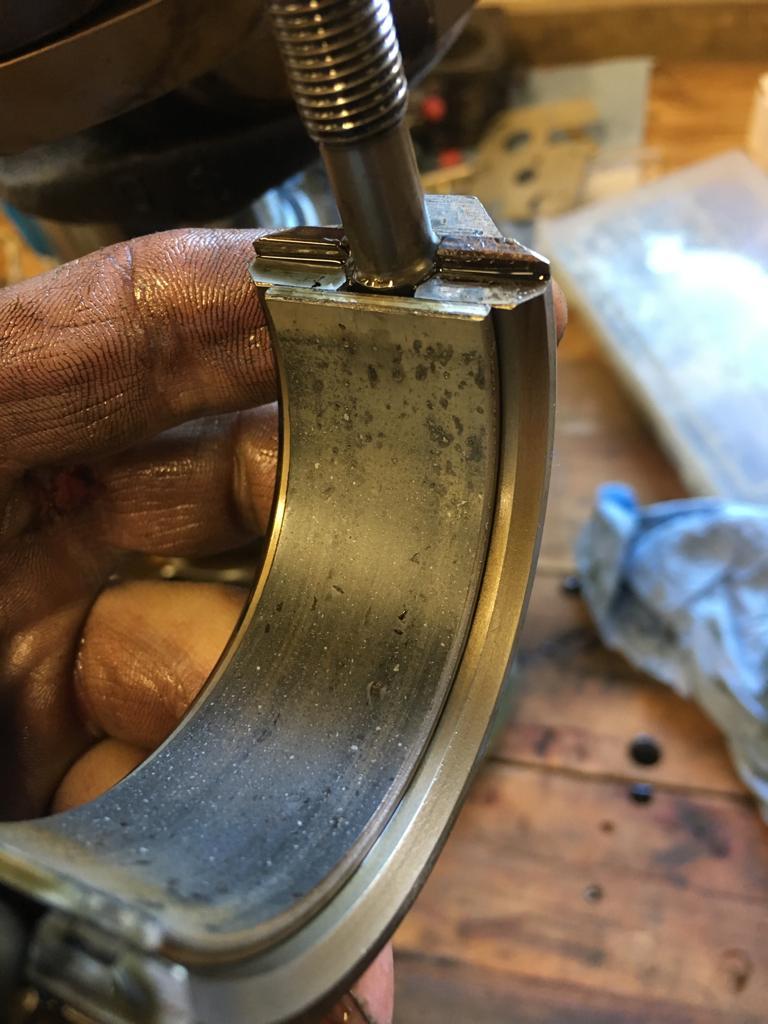 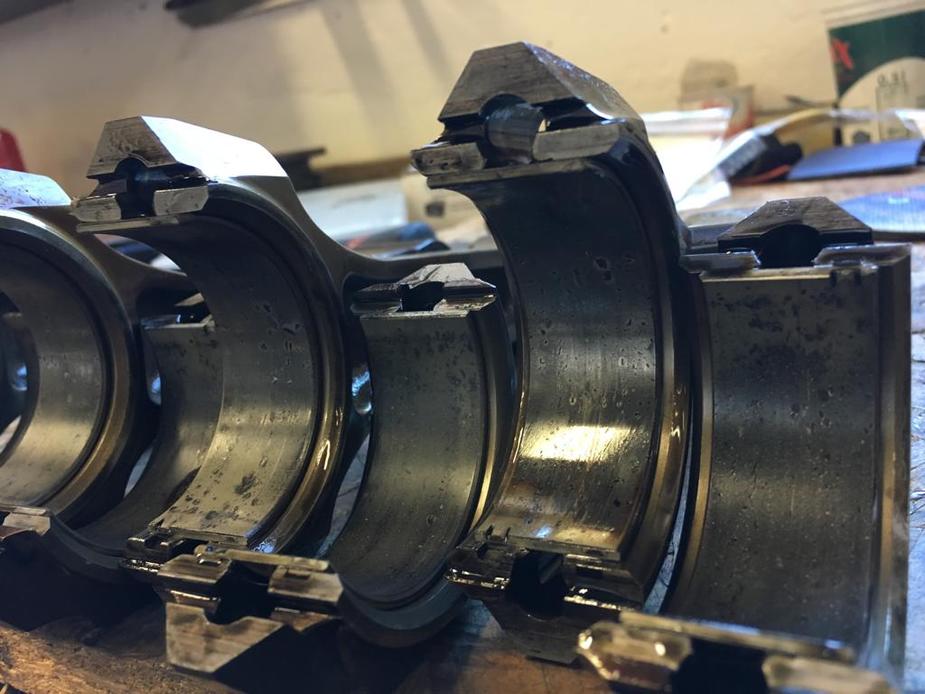 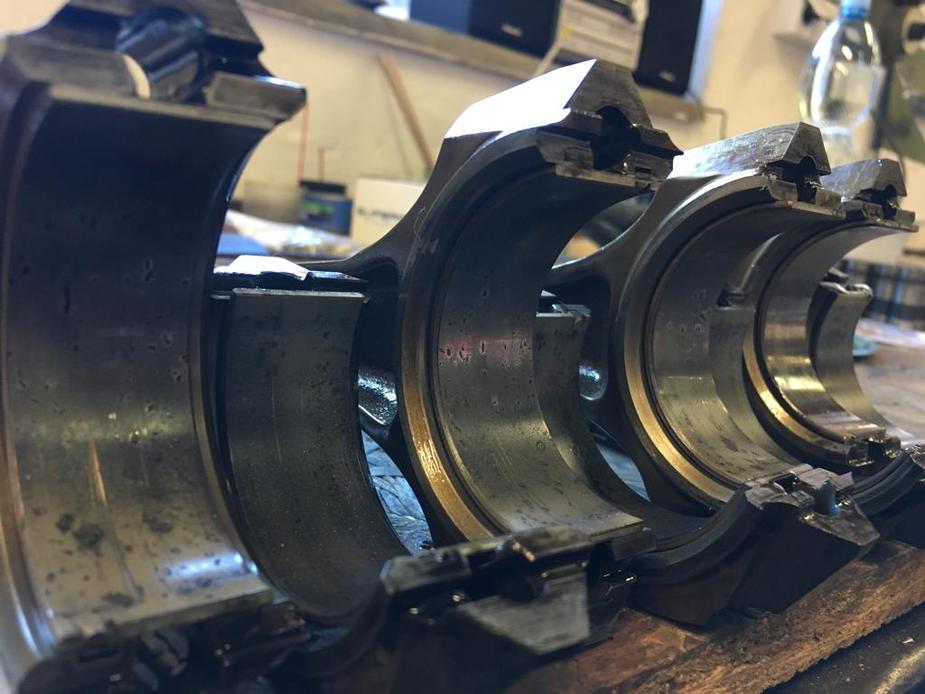 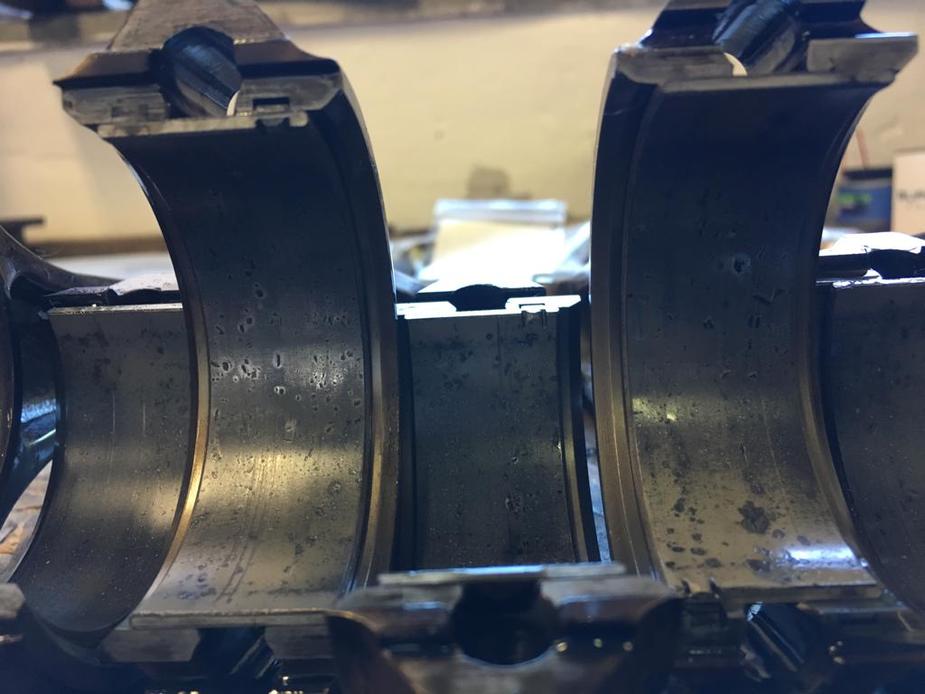 I thought I would share pictures and insight on my engine rebuild to help pilots in a similar situation.
So as the summer went on I was having issues when starting up my engine from cold – a stumble after start (lycoming io-360) on an engine that had 1020 hours SMOH.
The engine ran fine after the initial stumble and I had a couple of long flights ( 2- 4 hours) during the last 3 months and not a hint of an issue apart from the initial stumble which lasted perhaps 2-3 seconds(JPI 830 installed)
So for the annual I asked the engineer to check the valve clearances as the diagnosis was sticky valves, here is where our odyssey starts.
When the valves were checked the wobble test failed and on close measurement all of the valve guides were out of spec – really out of spec, and down the rabbit hole we go.
We pulled the cylinders and the hone was worn on some of the cylinders – the cam was damaged and one of the lifters was starting to spall, at each step the mechanic provided pictures and we discussed before proceeding further.
This is the point we all have to face at some point in our aviation hobby and the 2 ingredients of success are – cash and a very good relationship with your mechanic.
We decided to split the case and assess what we would do –
New Continental Prime NiCr cylinders
New CAM
New lifters *with the DLC coating
New governor
All new bearings and bolts – 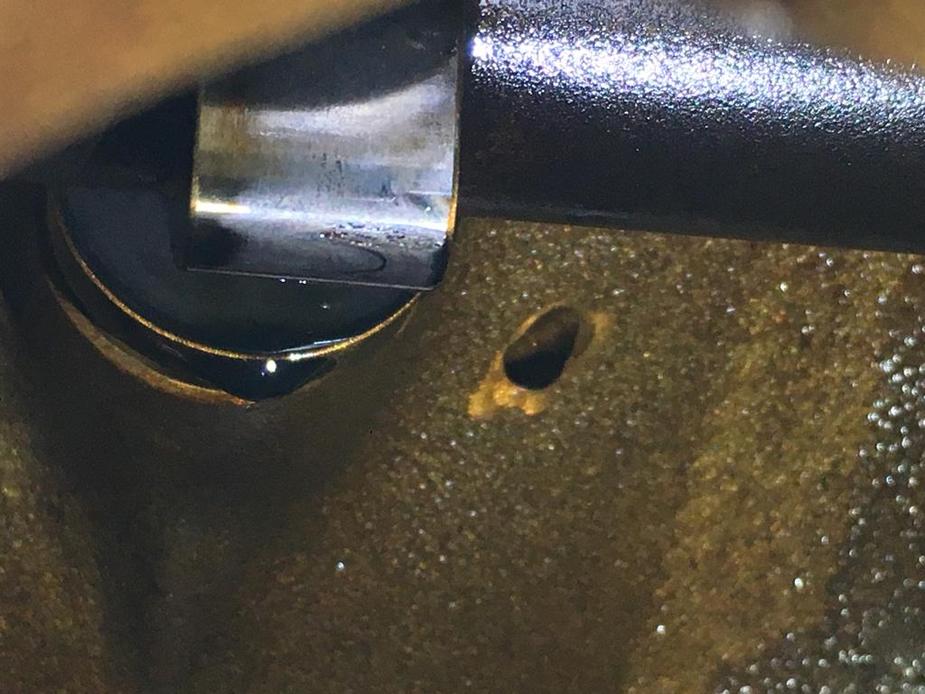 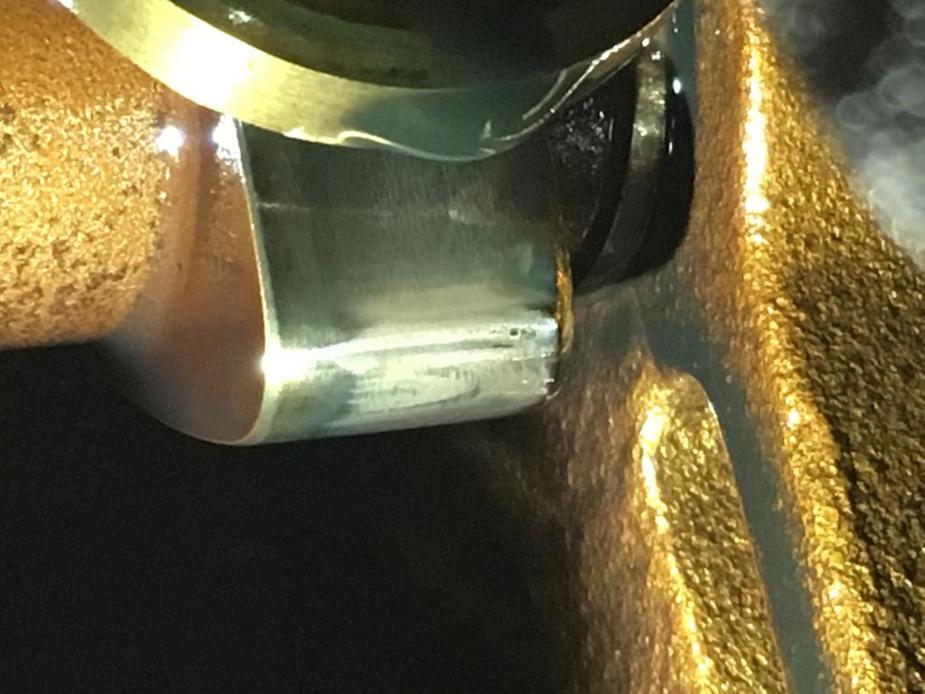 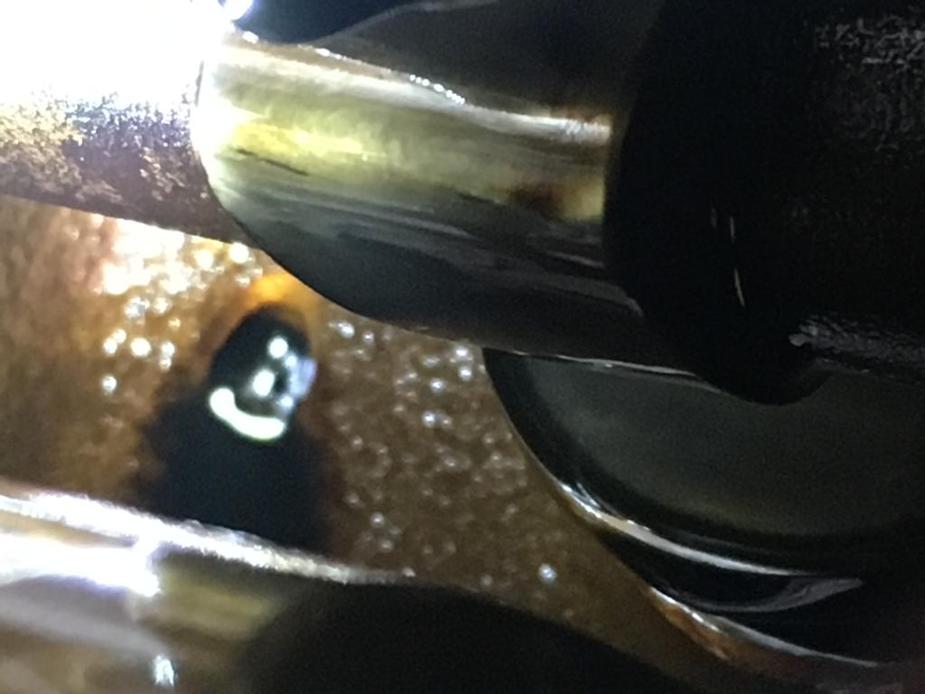 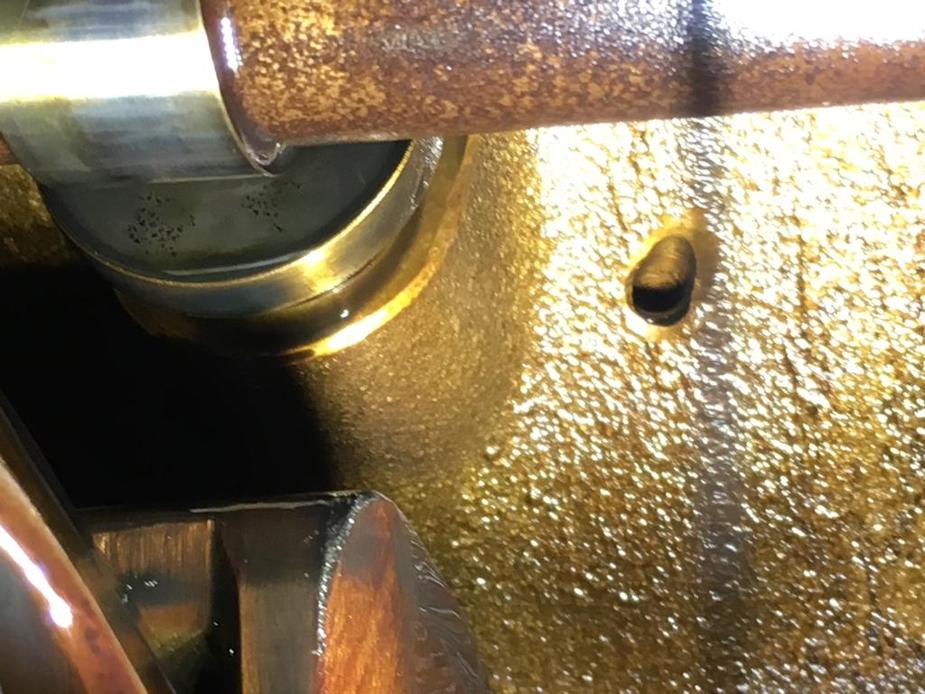 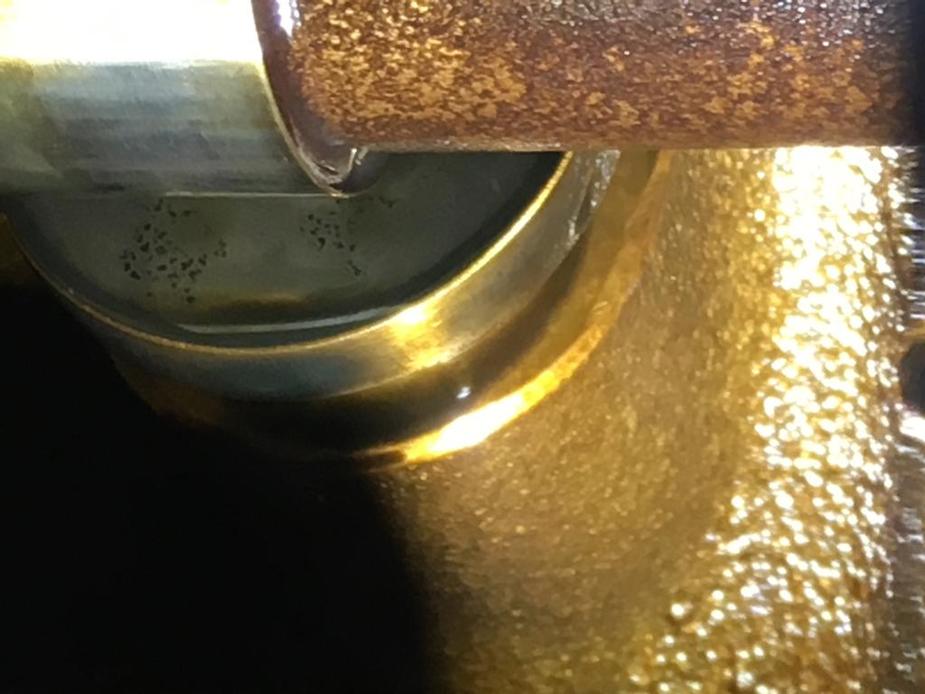 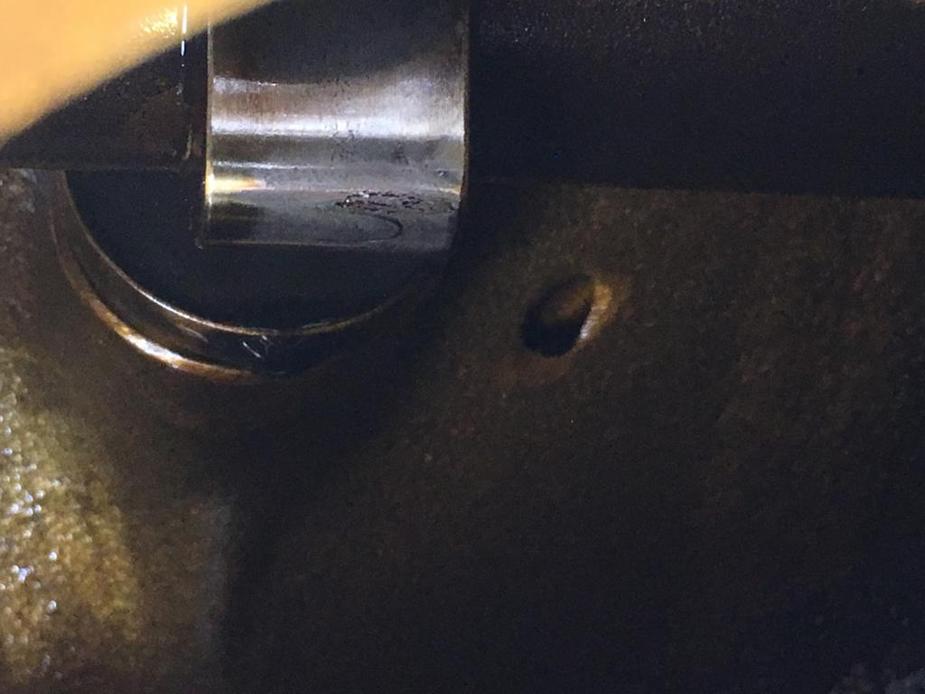 Ouch.
I feel your pain, went through it X2 in one year on an IO540. Saying this, it is better than the other option.

I have a few questions:

1) What was the known usage pattern on this engine during those 1k hrs (longest breaks)? (and over what sort of time period)
2) Who was cutting open the oil filter for inspection? (I reckon the dents in the bearings were made by steel particles small enough to pass through the strainer, if one is present on this engine)
3) Was oil analysis done?

It was used regularly over the last 3 years (about 90 hours a year) but before that it had been quite low hours for the previous 2, before that I would have to look at the books and the last overhaul was in 1999.
I have only had the plane 15 months
So pretty low usage over 18 years but given that the engine condition when we opened it up was not bad, just that we caught the camshaft and lifters early in their breakdown.
The trend on the oil analysis (I only have 3 oil changes to check against) was nice and steady.
Nothing in the oil filter either, or not that my mechanic saw, just slow insidious wear I imagine.

Lesson learned – I got a good deal on this plane and I love it to bits, but if I was to buy a plane in the future I would discount the value of the engine down to zero at mid time and even faster if the usage was low.

Looking forward to getting some new cylinders – and more peace of mind, I think on buying a plane with an engine that is not new or nearly new there is always doubt which weighs on you when you are flying, now that everything will be ship shape and new I can enjoy flying even more.

I was to buy a plane in the future I would discount the value of the engine down to zero at mid time and even faster if the usage was low.

That is indeed an accurate observation, and it is what I tell everybody who asks

There is no good solution to this, other than perhaps to spend some time looking at planes until you find one with a provable flying history.

Just wondering – how does this wear relate to the stumbling at startup?

That engine looks like something has gone through it. The bearings have apparently done what plain bearings are supposed to do (tolerate foreign matter in the oil without failure) but they look like they’ve done way too much of it…

I got a $15K price reduction based on uncertain engine condition and have been flying ever since (for the last 8 years). Only one problem, the plane was priced $15K high to begin with, and who knows what I could sell it for now… it doesn’t matter that much to me, I make money so I can eat and do this, and what I might lose in depreciation over a decade is what some people lose on a car in a year.

Re “falling in love”… we’ve all had different reasons and motivations when buying a plane. If I didn’t have an attachment to the thing and want to save and maintain it for that reason, I wouldn’t buy it. “Falling in love” so to speak is why I own a plane. Owning and maintaining the plane is an end in itself, and flying is good too

how does this wear relate to the stumbling at startup?

AFAIK, stumbling at startup is usually to do with (a) ignition or (b) the fuel system. Not caused by rust, unless the engine is so tight you can barely turn it


if I was to buy a plane in the future I would discount the value of the engine down to zero at mid time and even faster if the usage was low.

There is a good kind of diligence plan on that. When you buy a plane, take your whole budget you have for it as a starting point. Buy a plane for maximum half that budget. Set aside the amount for a full engine overhaul and use the rest of the budget to upgrade as necessary (or in other words to make it yours).

That way, even a worn engine or other problems won’t bancrupt you and you can act fast and effectively.

Thank you Aidanf123 for the really interesting post with great photos of the cam and the cam followers. Also good detail of how the investigation of sticky valves led to the cylinders getting pulled, then the findings on the main bearings all in a logical way.

Archer-181
United Kingdom
37 Posts
This thread is locked. This means you can't add a response.
Sign in to add your message