Birds on the runway, what to do?

Flew yesterday, birds were all over the places as the runway was quiet (conditions were windy 25G35kts and barely
2 movements on the whole day), the birds were stuck on the runway numbers and not keen on moving, on takeoff I had to move slowly to kick them away then full power, on landing, 1st was go-around, 2nd low pass, 3rd landing and 4th backtrack, they always went flying and went back to the spot, as I backtracked I asked on RT for runway inspection truck and the guy drove on the runway twice and told me he had to remove them one by one !

Why they sit on tarmac not nearby grass? obviously, I should called the pickup truck to help kicking them since I called for a join on the return leg, but even then they still gather again in gaggle on the runway, why they do not like to move from tarmac, maybe stuck in wind gradient? what to do on the landing to kick them off safely?

PS: no bird strike, I was fully aware of them but still had split seconds to decide between cut mixture and land or full throttle and go-around on my first landing 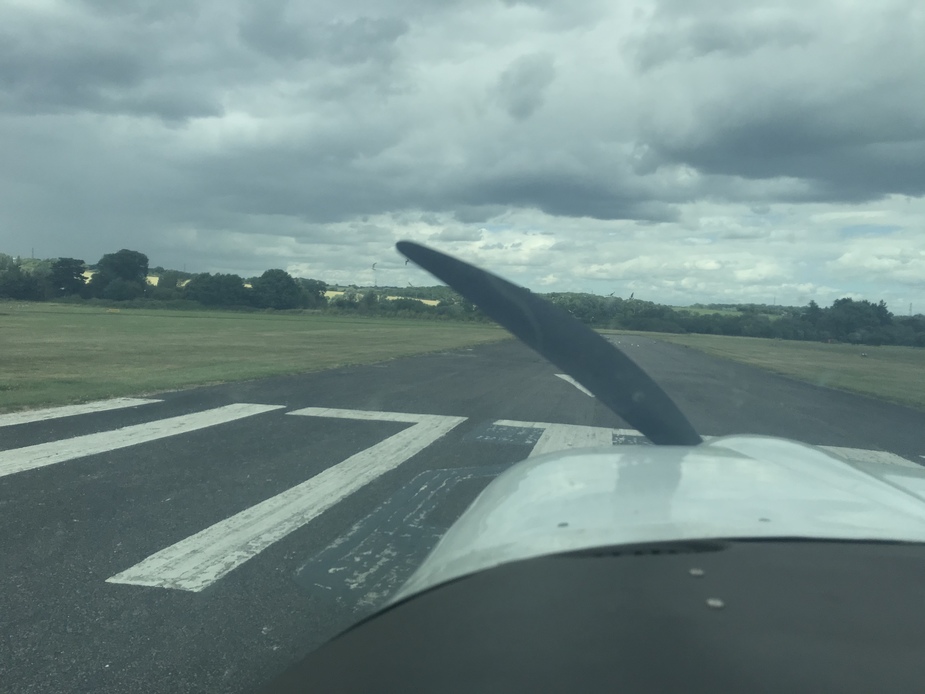 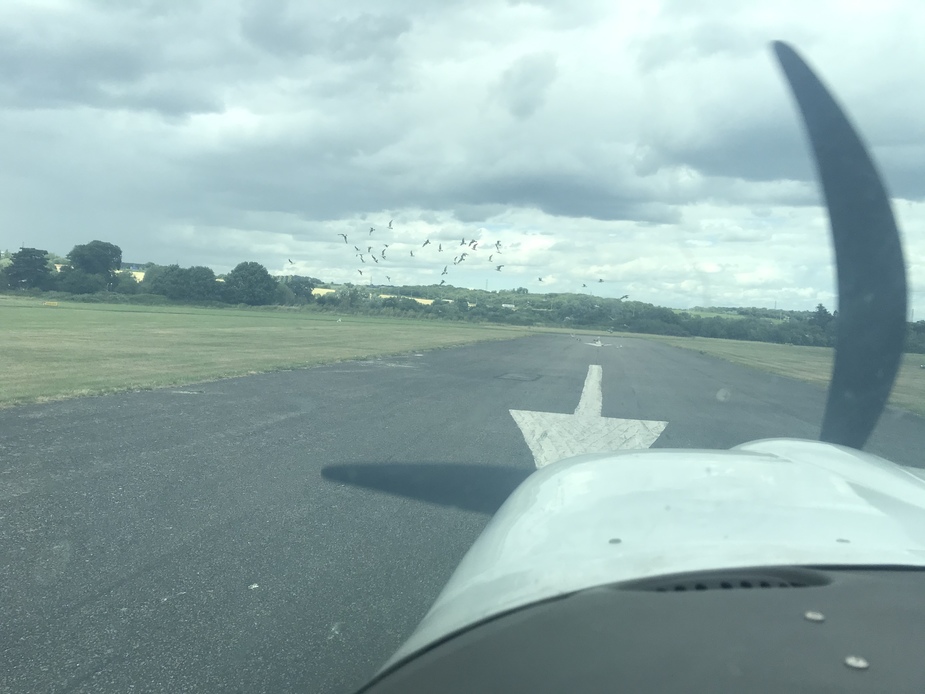 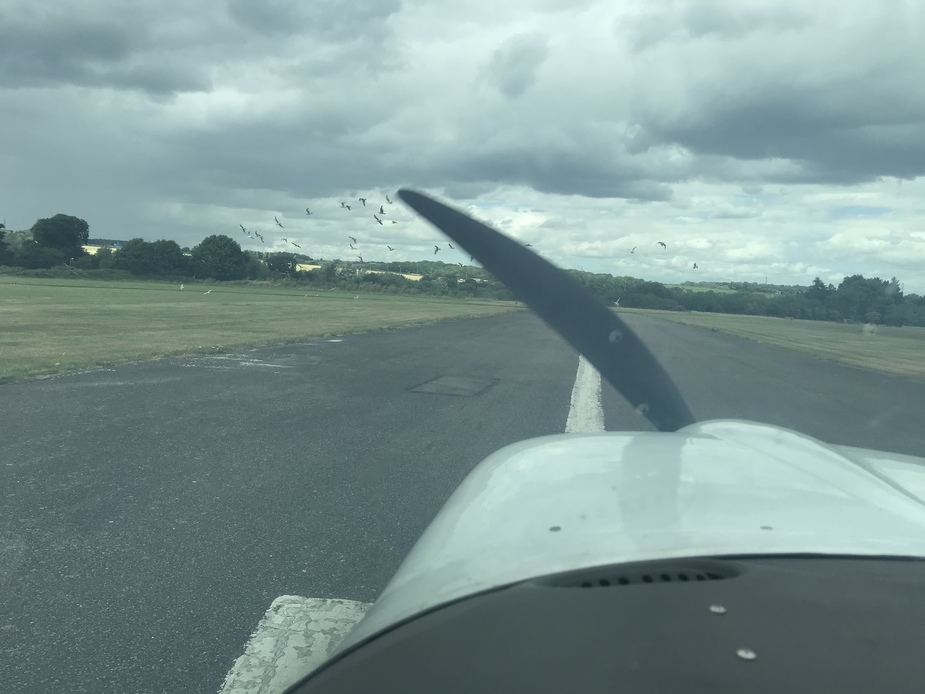 Runway is warmer on feet. Much safer, as nothing can creep up on you – weasel, stoat, fox, depending on your size. Less windshear on take-off, and faster climb to predator-safe altitude (1.5m) with stronger wind. They were sitting face to wind?

I had this on the visit to Ouessant. Taxied all the way to the other end of the runway to scare them off and then watched to see if they will return; they didn’t.

But if they had, I am not sure what could have been done. My guess is that birds don’t return that quickly, otherwise most airports would be unusable.

For takeoff they went away, for go-around, landing, backtrack they just kept 2m apart from the runway, gagled in the air and returned back to the same spot, surely something to do with new females in town

or as Maoraigh said has to do with avoiding predators !

These were seagulls, but they seemed smart to move away on the ground but they are dumb in the air

You will never hit crows, red kites or falcons when flying bellow 100kts even in a silent glider but you may hit seagulls and piegons when flying, they are only as smart as flying chickens (the frozen variety with wings clipped and sold at waitrose

Presumably the above is an issue only at very small or unmanned airports, because at others there should be somebody with some sort of device to clear them.

Yeah; at Shoreham there are all kinds. The seagulls are mostly found in the main hangar, crapping on my plane

although lately this is much improved.

" The seagulls are mostly found in the main hangar,"
That surprises me. Jackdaws and crows infest the Jodel’s cheap hangar at Inverness. Aircraft are covered in cloth as the only option to shit.. The gulls stick to the outside roof.
The Bolkow is in a much more expensive clean hangar, which is not for GA, and was under notice to move, now delayed due to Covid-19.
(The gulls look indignantly at me as I drive across their new sanctuary, which used to be the airport car park.)

Crows are inside wood & fabric hangars looking for mice, worms and insects

Ibra
ESSEX, United Kingdom
7 Posts
This thread is locked. This means you can't add a response.
Sign in to add your message

Venetian Stealth Birds (Video) and what would you do after a bird strike
Boids. Dirty... disgusting... filthy... lice-ridden boids (birds)
Do flies (or champagne bottles) explode at some altitude?
Scary drone video with 9.4 million views