What is people views on winter flying?

The Irish weather during winter doesn't tend to be very conducive to winter flying. The forecasts are virtually always predicting unsuitable conditions for VFR flight over winter, which basically means that you just have to be prepare to go flying the next morning irrespective of the forecast and hope that the weather will be suitable when you get up! Obviously most mornings it isn't and I've just gotten out of bed early on a Saturday for no good reason ;)

That tends to be fustrating.

Because it's so fustrating I don't tend to invite many people to come flying with me, other than other pilots who know what it's like. A non-pilot friend would get fed up of that crack very soon.

Then even when the weather is suitable, the daylight hours being so sort it doesn't really allow for a reasonable distance trip and a few hours to look around. Rather it tends to be more of a hurried look around or a bite to eat at the airport.

And that's before the scraping of ice off the aircraft, or the weather that looks like it's going to be ok, but the fog or mist never lifts!

Yet when it works, it can be really really nice. The air can be really still, and really clear, and snow on the ground makes it really scenic and kind of magical.

And if I've managed to stay current through the winter period, even with just a few spread out flights, the next year I always find that skill are a lot better than if I've done no flying over the winter. I don't mean just initially, but all winter currency seems to help all through the next summer.

Just wondering what other people's feelings are. I suppose a lot of it relates to your climate.

I guess it's tricky for all the reasons you mentioned, plus the hassle of scraping ice off wings and so on. That said, even in the summer there's plenty of times when it stops you flying (particuarly thunderstorms) and I generally dont find I do less flying in the winter than in the summer.

Maybe it also depends on what kind of airfield you fly from. When it's been snowing, I have taken off from completely snow covered grass strips, while all those operating from tarmac runways (including Luton and the like in some extreme cases) have all had to stop some flights. I have had some wonderful flights in crisp blue skies seeing everything covered in white, and sometimes that makes up for a few previously cancelled flights :-)

I suppose it's what "winter" is in your locale...

There are certainly different and additional techniques and hazards associated with winter flying, but I love it. That said, winter to me is -10 to -20C and nice to perfectly clear weather. -2C and low vis/ceiling is not nice, and the hazard factor goes way up!

There are lots of "little tricks" which should be applied to remain safe, and be good to the plane. Some are....

Effective preheating of engines colder than 5C, and then warming up to operating temps before flying. One of the may reasons that his is a good idea, is that vacuum pump$ tend to collect a little moisture, which then freezes. If you even turn over the engine that way, you're going to shear an expensive sacrificial drive shaft coupling (oh, and not have gyros for that flight).

Once flying, careful power and cooling management to prevent shock cooling, which is much easier to do in the winter - carry power down final approach.

Take the wheel pants (spats you call them?) off, they will pack up with snow, and freeze that way (in addition to just being heavy). If you are operating in loose snow, which fluffs up on the brakes, do not use the brakes at all! If the disks stay cold, the snow will not melt and refreeze the brakes solid. If you use the brakes just before or during? takeoff, prepare that you might have frozen brakes, and make your next landing on a very long and low friction surface, to assure that if a wheel is frozen solid, you can land with it locked. I have done this many times, and always carry a little alcohol to pour on a frozen brake. A sloppy landing on dry pavement with one wheel frozen locked is going to end badly.

Realize that you can have ice in your fuel tanks, which will not drain out when you sample the fuel preflight, but which will thaw back into water as the fuel warms up passing through the warm cabin. I have glided to the ground twice because of this.

Do not land on a runway covered in unbroken snow unless you are certain about the depth, and have other visual cues. Show can be deeper than you think, and without a visual surface texture, judging height off can be very difficult. Many hard landings have resulted. This is very similar to the dreaded "glassy water" floatplane landing.

Carry survival gear in the plane, including suitable footwear and clothing for a stay near the wreck for a while. no point in surviving the crash, to die of the cold afterward!

Do I need to say not to fly with ice or snow on the wings?

But, once you have mitigated all these hazards, a nice winter day is magnificent! My personal cold record was -41C ferrying a 172 back from central Quebec. At those temps, as long as you can see where you're flying, you're safe, as nothing is going to freeze to the plane - it's already well frozen!

Winter in Scotland gives some of the best flying. It's annoying for me to be in clear,calm, air, with the plane fogged in at Inverness, but I still often do more flying in a winter month than in summer. P.S.Has anyone else got a feeling that there's more carb ice from Konsin treated surfaces? I can't think of a possible reason.

Is it really +5C, if using multigrade oil?

Preheating is a tricky one, I am sure, for many people. Parked outside, either because one is not hangared or because one has parked overnight on a visit (there is very little hangarage available for visitors, in Europe, IME) one cannot preheat.

There are some curious engine preheat products out there, on the US market, but mostly not really portable.

On the right day, winter flying has the advantage of good visibility (summers are often hazy) and calm air 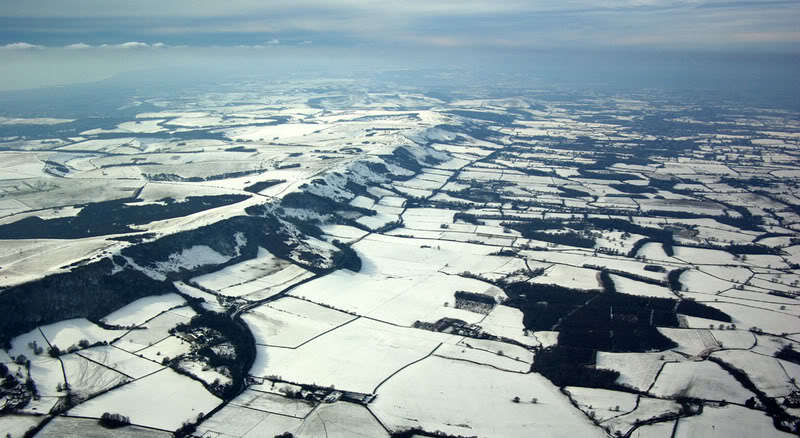 Getting ice off is the most unpleasant thing

The precise temperature at which one preheats is usually not a hard number, just as the temperature of the engine at which preheating is complete is hardly ever stated. It's more a concept - but an important one.

Many "fits" inside the engine are optimized at operating temperatures, not cold. With differing coefficients of expansion of differing materials, mating parts can be more tight than optimum when the engine is cold. if things are warmer, it's better. If you cannot, preheat, you cannot, but when you can, you should - it extends engine life. This follows the theme that you warm the engine up, before going to full power for takeoff, to let all the temps stabilize in the engine.

Multigrade oils certainly help lubrication during cold starts. Priming and pulling through (with all the cautions) can help too. In the old aircraft, we had oil dilution systems, which allowed the pilot in introduce a certain quantity of gasoline into the engine oil at shutdown. This would assure that the oil was thin for the next start. Alternatively, the oil could be drained while still warm, and kept warm over night, to be returned to the engine warm for the next start.

Winter Flying here is scarce and far in between under VFR. Most of the time, our local METAR will give IMC, which means either <5km vis or <1500 ft ceiling. The best possibilities are usually behind cold fronts, when the air is clear for a few hours before the fog creeps back in. Personally I am not planning anything between November and end of January.

Above the fog is pure flying heaven. Who ever can fly IFR out of the airport (once CAT I conditions are available for the return) will find wonderful winter Wonderland in the Alps. The others may well hibernate or do necessary maintenance.

Getting the plane deiced takes some time in the winter. After that there could be fog and other bad weather, but in most cases it is still possible to get out and fly. 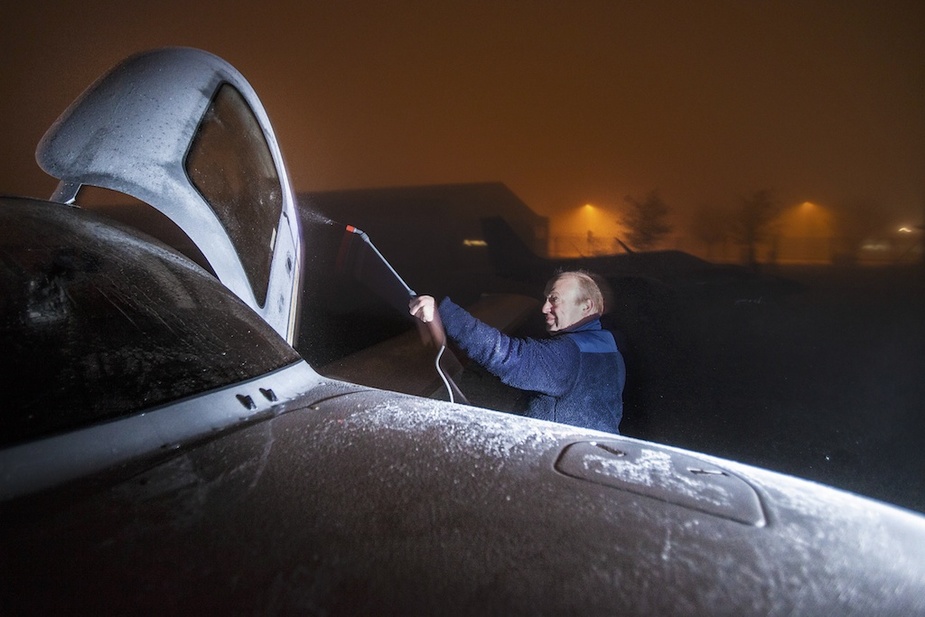 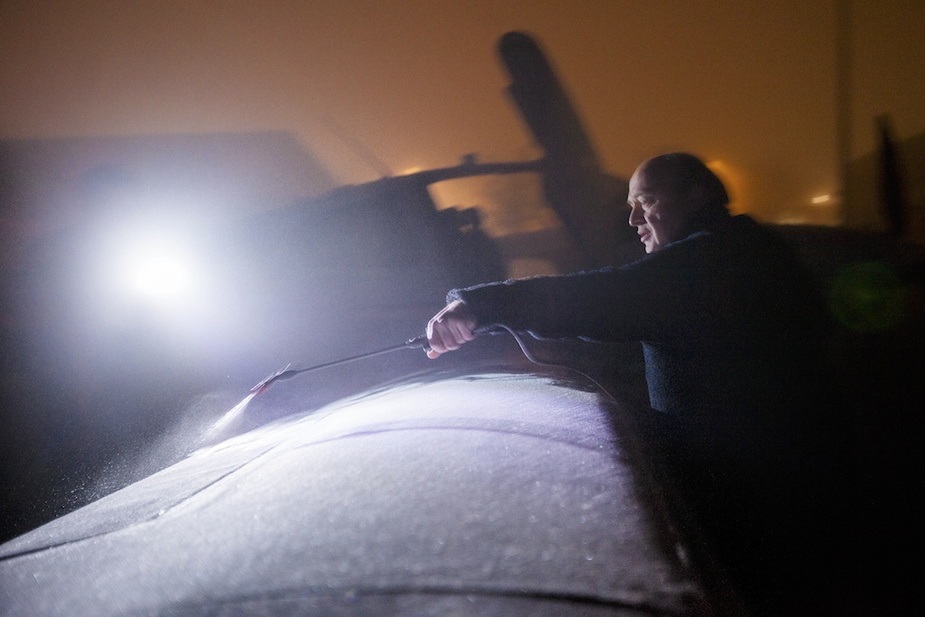 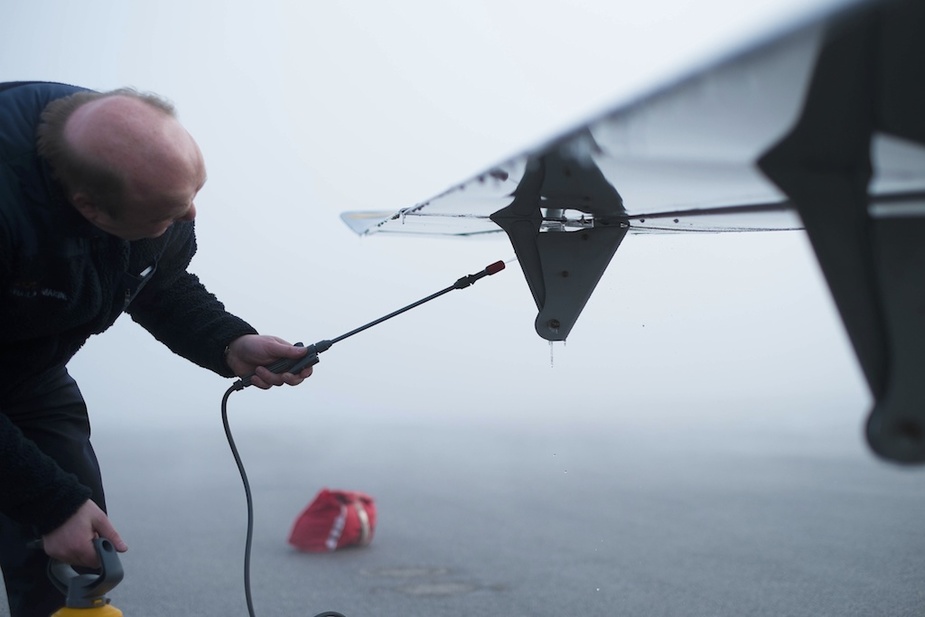 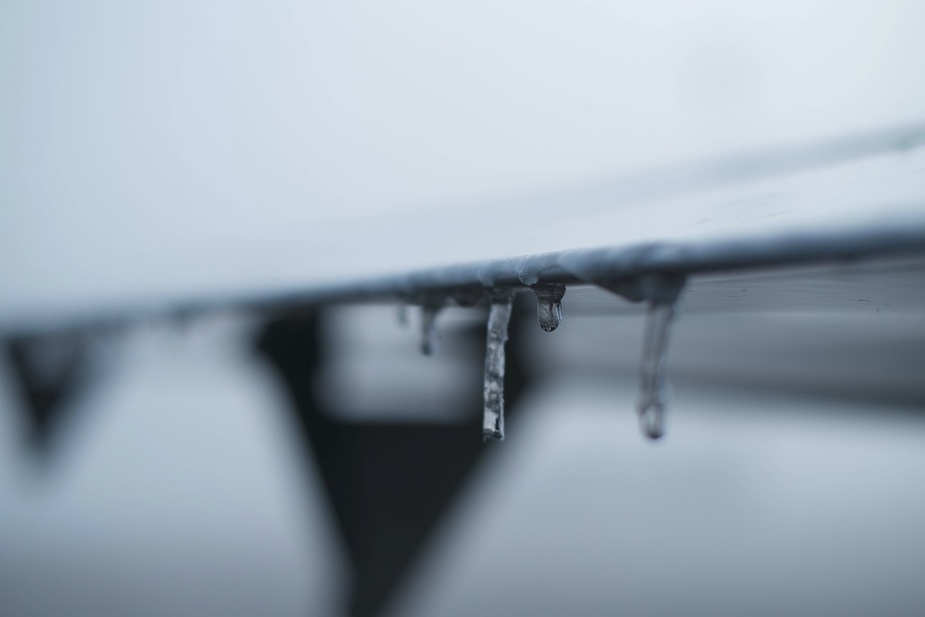 It can be hard to get this de-icing done. You need to have one of

A lot of people scrape ice off the windows with e.g. a credit card (Amex is good for that

Peter
Administrator
Shoreham EGKA, United Kingdom
51 Posts
This thread is locked. This means you can't add a response.
Sign in to add your message

"Winter is coming"
A fly-in in Jan/Feb 2015?
Weather today
Windy out there tonight