I grew up in Stockholm and learned how to fly there over 20 years ago and I've been keeping tabs on the hair curling events taking place there recently.

Stockholm had over three fully paved and fully serviced airports catering to mixed traffic and GA back then. Today only one remains, and it's hell bent on shutting GA out. I learned to fly at Bromma (ESSB), which is the oldest one and the one still remaining. What's sickening in this sad saga, is it's not some greedy new airport owner doing this, it's the government's own monopolistic airport company, called Swedavia, doing this! The very ones who's supposed to look out for all aviation interests. It's like being knifed in the back by your own brother.

Swedavia has cancelled all the contracts with all the flight schools, all the flying clubs and all the veterans and kicked them out with nowhere to go (as there are no other airports in Stockholm anymore - the nimby squads closed them). All to make room for more profitable commercial airlines and business jets.

Just to give you a sad idea: they just this week kicked Stockholms Flygklubb out, one of the biggest and oldest flying clubs in Sweden. They've been based at Bromma for 77 years uninterrupted and now get thrown out like an old dog.

Week before that they threw Flygande Veteraner (Flying Veterans) out, who operate the venerable DC-3 in SAS livery. Absolutely disgraceful and there's now talk of retiring and dissolving the 40 year old club and scrapping the plane as it can't be housed anywhere due to its size. 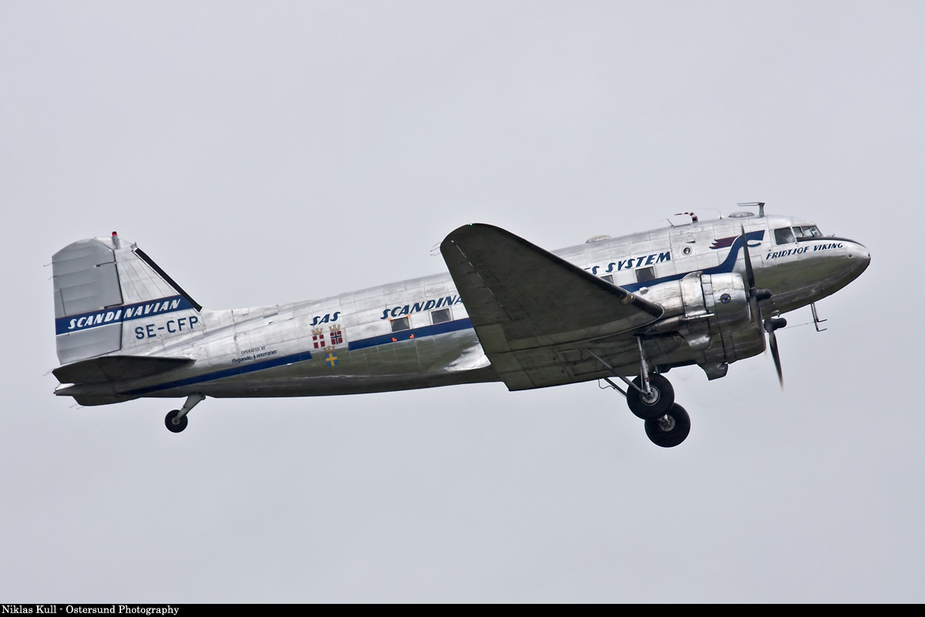 And in the same week the also threw out SAS Flygklubb, which is SAS old flying club. Plus all the numerous smaller flight schools and smaller operators. Nothing is left.

Now, none of this would be the end of the world if there were alternatives. But there are no other airports in Stockholm. The closest GA airport is over 100km away. It's a bit like asking people to land in Birmingham when they want to go to London.

As a final broader thought. This is the very reason I've always been for very limited government. Because it's simply not true, just like Milton Freedman always said, that government is free of self interest and greed. That they have a nobler cause. Government is run by humans, and humans have self interest. Here it's good old greed - airlines pay more than flight schools. At least with private alternatives, you can choose not to buy there. Here you can't.

Thank you for your time.

A lot of this is not even greed but simple antagonism against the stinking rich GA pilots and their jet set passengers. Because most of the time, the numbers of airline movements the dreamers at the switches of power dream of are pure and utter garbage. They don't care. Every GA pilot who stops flying, every GA airplane which is finally shut down and wrecked or put into a museum is a success for these guys. They can brag with having protected their constituence's interests by shutting down their dirty airport and it's noise sources.

Also vintage planes are target of this. The UK rule which forbade passenger flying on Air Atlantique's planes was one lovely example. The other day I stood with some other people watching one of the world's last Super Constellations fly, when one of them stated that he could not see why such "old garbage" was allowed to fly and it should be put into a museum where it belonged. Unfortunately we all are too civilized these days to treat such scum with retribution they highly deserve.

Re GA bans in cities of Europe, look at Munich, look at Berlin, look at many other cities where no GA airports are available anymore. London is hardly reachable by GA anymore. Neither is Amsterdam (EHLE is not really Amsterdam but quite far away) and many other cities these days. GA is considered vermin to be stamped out by rampant political animals who seek re-election before any other goal.

My personal expectation is that in 10 years personal airplanes will be a thing of the past and if there is any GA flying going on it will be limited to very local and real sport activity. With some of these people asking for €10/liter punitive fuel tax on individual traffic plus hefty increase of public transport prices (I've seen the ones in the UK the other day and was appalled), the politicians of today are set up to eradicate individual traffic at any level and any chance.

So Stockholm is another place to be avoided in the future. We can draw up a map and will see how it fills up with red dots in the near future.

All we can do is avoid such places for good and spend our hard earned money elsewhere. Until there is nowhere to spend it to or it's getting confiscated by the government before you get a chance to spend it. If I see the taxation level around Europe these days, I wonder how anyone can still afford to fly.

Adam, you are in the enviable position to fly in the US. I reckon you better forget "old Europe" and enjoy your Aerostar where it is still welcome.

How about posting some names and email addresses to write to, with all the details so the writer can make a sensible argument.

A sign of the times I fear. Lelystad is under threat from the plan to turn it into a budget airline hub. Notice has been given of plans to reduce GA movements from the current 120,000 pa to 88,000 within the next three years with a further reduction to 35,000 by 2020/25

Very true Peter. However Rotterdam is a fine example where commercial and ga are mixed perfectly.

The tower actually njoys it when they can make the mix extra interesting.. Offcourse within the boundaries of safety.

My home airfield is making all sorts of noises saying they welcome GA and encourage new GA businesses to come to the airfield. Yeah, right. Unfortunately, it very much looks as if they are trying to attract business looking for "cheaper" premises. The rents they are now trying to impose on existing businesses are almost twice what they were 5 years ago. That is going to drive the current GA businesses away or out of business all together. The airport are trying to maximise current cashflow to pay for their new investments and past expenditure, not interested in the businesses that have supported them for 20 years and have paid £££millions in that time in rent and landing fees nor interested in what will happen in a couple of years. Businesses supporting small GA can't afford to stay so they can only move out. Unless the airport attracts some jet operators to move in (because we all know jet and turbo-prop operators will pay silly money for hangarage, hence the GA friendly noises), we watch another industrial estate spreading over the runway and the airport will close.

Is AOPA Sweden doing anything? Time to get some worth for your money?

The rents they are now trying to impose on existing businesses are almost twice what they were 5 years ago. That is going to drive the current GA businesses away or out of business all together.

That (business rates and rent) is what is killing hangarage everywhere, which prevents owners of anything decent from basing there, so the place fills up with increasingly decrepit aircraft.

I have just lost the hangar at Biggin which I used to rent for doing Annual services in - or just hangaring in after a diversion in bad wx. The owners evidently could not make it pay. So I am looking for another hangar, within driving distance of EGKA, which can be rented for 3-4 days every January, plus occasional stuff in between.

About Stockolm: if schools and clubs and businesses are shut down, aren't there jobs involved? Couldn't the workers protest? if this decision leaves many people unemployed, then maybe the state could (would) reconsider it with the proper fuss made about it?

Then : would it be possible to create a new GA only airfield somewhere near Stockolm? Could be a long process but considering the number of pilots and GA workers in the area, maybe it could be done? Isn't Stockolm the main swedish city after all?

would it be possible to create a new GA only airfield somewhere near Stockolm?

This is an old question in the UK too...

The problem is that despite a lot of people talking and shouting, almost nobody wants to throw money at the issue - despite many pilots driving €100k cars.

One can generally set up a new GA airfield but it is generally perceived to be so difficult that nobody tries it. The budget for doing it in the UK would be c. 100k just for the planning permission (assuming a barrister represented hearing at the Department of Environment i.e. all the way to the top). Then another 100k for a "green plastic matrix" reinforced grass runway. Then another few hundred k for a hangar. But try getting together enough people to come up with that sort of money. You get turboprop owners who spend much of that on a single engine overhaul or a G1000 avionics upgrade but they won't spend it on having somewhere to park the thing.

Here in the UK the majority of piston GA totally boycotts all airports that charge more than £10-20 for the landing, so most pilots are not going to spend any significant money on having somewhere to fly from either.

Peter
Administrator
Shoreham EGKA, United Kingdom
45 Posts
This thread is locked. This means you can't add a response.
Sign in to add your message