Well, if I remember correctly, it were the Swiss who have recently developed the habit of publishing VFR charts that were wrong the day they became available…

IF there were a reliable and publicly available database of aeronautical data (aerodromes, navaids, waypoints, airways, airspace, atc services and associated frequencies) then it should be easy enough, or feasible at the least, to translate these to vector format

ALL the VFR charts have always (well, since computers came out) been in vector format. They have been done in some CAD package (maybe even AutoCAD!). And of course in layers. They were never done in Photoshop because every edition would be a dead end

The decision to make them available only as a single-layer raster is a purely commercial one, and IMHO driven 100% by copyright protection i.e. making it hard to bootleg them. Also if you license-in any of the layers (as the UK CAA famously does with the land data) the holder of that copyright will insist on some protection on it.

Surely everybody does that, by the very definition of the word “publication”

It is only the (impenetrable) airspace definitions in the AIPs which are updated every AIRAC cycle.

Negative, us Belgians have been doing so for many years.

The Belgian VFR chart is published after mid August by the institut géographique national, so that they make sure that nobody will buy it. To make double sure you won’t find any frequency on it. The worst VFR chart ever I believe.
The DFS is not doing any better: the DFS chart of Belgium is published in August as well, although their charts are more practical.
I buy the French SIA chart, which is published twice a year, and comes with the VFR guide (vade mecum of French regulations). I buy it because I fly a lot in France.
And the Cartabossy because it’s extremely useful when you must improvise a stop somewhere. The best VFR chart ever, a real swiss knife. It was available last year for the UK, this year it won’t because Jean Bossy (who is a real VFR pilot) had trouble with Editerra.

I don’t buy any other chart. I use Skydemon + local AIP.
Belgium is so small that I never fly from Belgium to Belgium.
In France and Spain you get both IFR en route and approach charts, together with VFR approach charts for free in the AIP.
In Portugal the AIP Enroute chart is less usable, but with Skydemon it’s ok.
In the UK I only fly from there to the continent, so Skydemon is enough for my needs.
AIP charts are not the best, but they are up to date.

True, but then again it’s of little practical relevance that the names of neighbouring countries have been misspelt, just keeps the diplomats busy

It was available last year for the UK, this year it won’t because Jean Bossy (who is a real VFR pilot) had trouble with Editerra.

That’s interesting. Evidently Transair managed to get it produced by somebody else for 2015. That’s a good chart, though much criticised by UK pilots who fly between farm strips, or who navigate with map+compass.

on the topic of charts.

a free tool is Navigation (there are a few EN pages) made by a french guy. I know that outside France not everything is depicted, but as i have gone the €€€ way, i don’t look into it anymore. Runs on a PC/Win tablet with moving map possibility.

Jean bossy is no longer working with Editerra.
As a result, 2015 will see the Cartabossy from Jean only for France, while Editerra will be editing their own 1:1M charts called “Air million” covering a number of European countries like last year (13 in total from their website). Both will obviously be different in terms of frequencies or airspace depiction, but i have not looked into that yet.

In Switzerland we get the chart once a year, about March. It is then valid and current for one year and it is a legal requirement to have it on board when you fly VFR. This means it can be used as a current chart for one year. The electronic version available in the link from Peter was published about 2 weeks later than the paper one but it is current as one can see here: 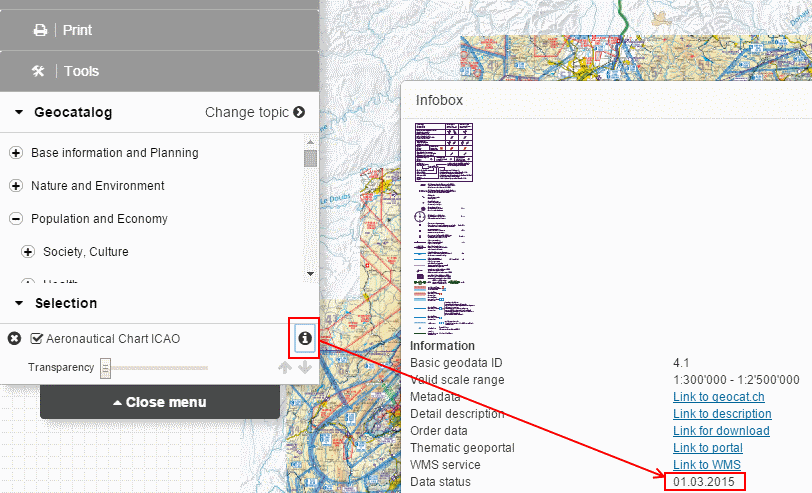 Czech one is always actual situation
http://aisview.rlp.cz/
ICAO VFR layer can be turned on in top right corner…

Pimparoo
LKLT.LKBE
145 Posts
This thread is locked. This means you can't add a response.
Sign in to add your message

Laval LFOV, and the non ATC approach
Looking for a scenic destination on west coast of Italy - Lucca LIQL?
A trip to the Alps to get nice photos (and a video)
Temporary IFR cancellation to get a shortcut below radar vectoring altitude