totally tangent side note for Peter re: why I don’t post – by the time I’m done, three people already said it better than I ever could ;-)

I think kwlf ’s answer convinces me most … until now that is!

A daughter got married and when she baked a cake, she always cut the two sides of it before putting it in the oven. Her husband asked her why she did that and she said that was how she learned it from her mom. So they went to the mom and asked her about the reason and her answer was the same: that was what her mom always did. So they wen to the grandmother and asked her and she said: “Well, my oven is a bit too small, so I always have to cut a bit to fit the cake in”. So it might be something like this.

I think this was a real experiment so you can check it out here: 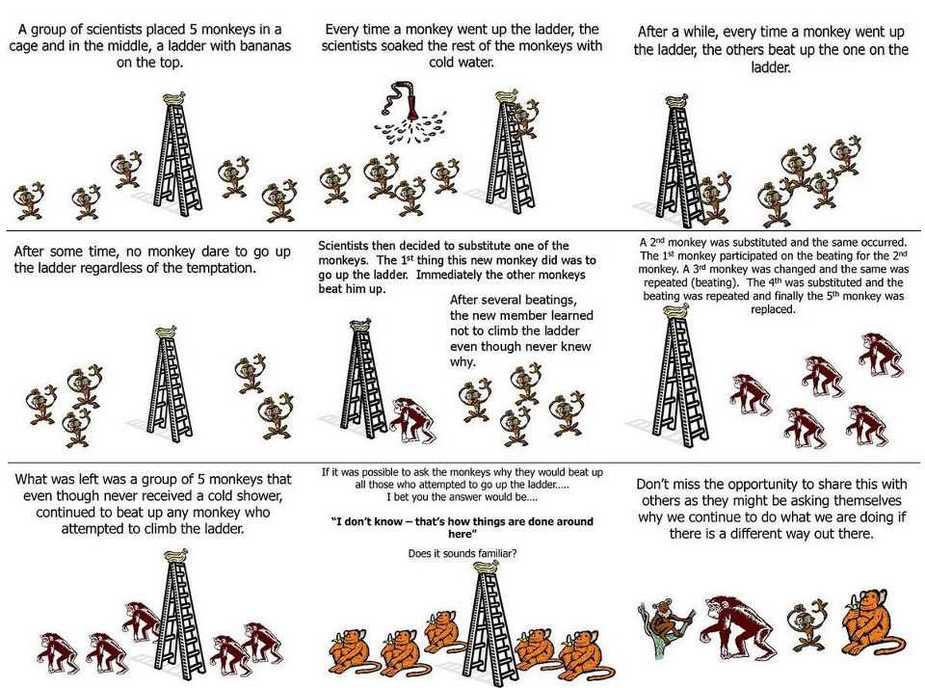 I a trying to imagine how the engineers at Bendix King beat up every new young engineer who would dare to propose that L should be on the LEFT side of the switch ..

Oddly enough I had never noticed this because it’s intuitive to me, or at least it’s not counterintuitive. The pilot sits on the left and the left mag is therefore closer to the pilot. And so it is on the switch, when you cycle the switch the first setting you reach is the mag that’s physically closer to you.

I think kwlf ’s answer convinces me most … until now that is!

I’m pleased! Though as I think about it more, I’m less convinced by my own arguments.

Googling about shows up this switch, which would have been installed on a Convair CV-240 and therefore used about 1950-1970. It doesn’t have a starter switch so the arrangement can’t just be a side effect of trying to combine a starter switch with the magneto switch. 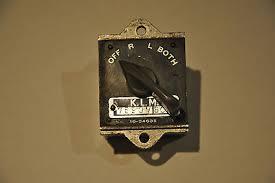 Also this one with a key: 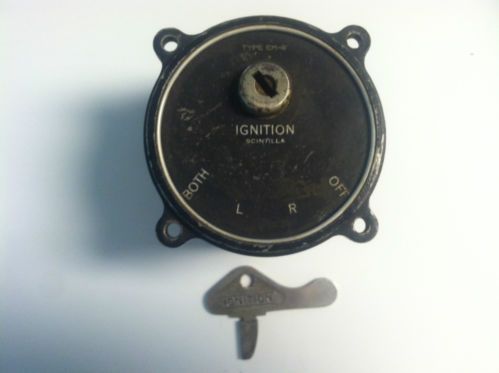 Arguably if my theory were correct, there should be a ‘missing link’ – i.e. two magneto switches that were identical, other than being installed upside-down. But there seem to be upside-down switches from the war that have the magnetos marked in the intuitive order. 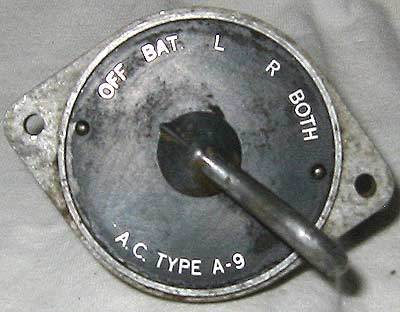 One thing I’d wondered was whether there’d be a plug on the back that would make it non-trivial to adjust the wiring, but they seem to have screw terminals so that can’t be it.

Two other thoughts are that if you usually start on ‘left’ only, then a key-operated magneto will be the same from a tactile perspective with settings both, l, r, off below and off, r, l, both above the key, and this is something they might have wanted to retain. Secondly, would there be some advantage in being able to go direct from left’ to ‘both’ without passing through ‘right’ only – e.g less risk of cutting whilst idling?

This is the A.C. produced mil-spec A-7 mag switch that was used from the factory on many or most US light aircraft in the forties, including current use on aircraft owned by someone I know… 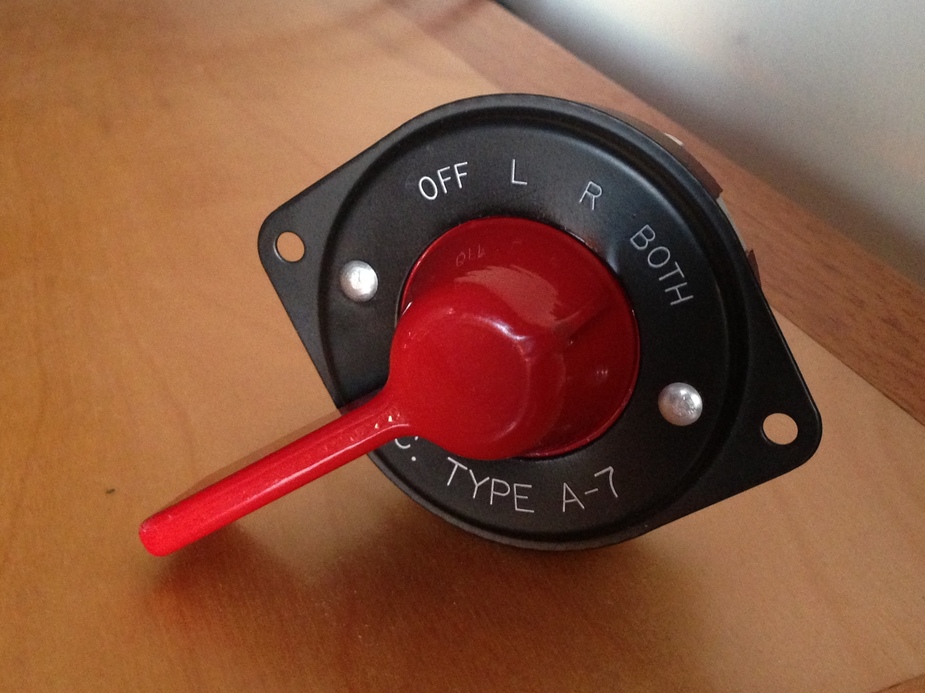 I agree that it must be the left mag to start (impulse coupling on left side mag only) thing for the switches that are set up ‘backwards’ in that way, with one subsequent switch operation to select Both… The A-9 shown by kwlf kind of supports that idea: it’s the same as the A-7 except for the additional ‘battery’ position (maybe for a Jacobs engine with battery ignition plus mags?): there were certainly different standardized types for different types of engine, and maybe that included specific switches for aircraft (presumably including Pipers with keyed ignition) having an impulse coupling on the left mag only?

I think Vladimir’s “monkey” post is a great example of so much in GA, especially engine management

now, that’s the first more modern ignition switch I see that has L on the LEFT …

I am very glad that the answer is not THAT easy, I was almost hesitant to post the question ;-)

Flyer59
46 Posts
This thread is locked. This means you can't add a response.
Sign in to add your message