The Danish way of doing this may not be of much interest to this forum, but here it is anyway.

Only a handfull of non-towered IFR aerodromes exist; several of those are ex-towered. IFR departure here is straightforward: You call the AFIS and in a minut or two he gets back to you with "Copenhagen ACC clears you ..." Shortly after departure you are switched to ACC. Hardly any difference from a departure from a towerered airport.

IFR departures are only allowed from manned IFR-approved aerodromes. From VFR-only airfields the flightplan as well as actual weather needs to start begin as VFR. Z-flightplan is required, and weather minima for that is 1500 m and 500 ft.

I have tried calling ACC before take-off but have not succeded in getting any clearence or squawk code, but I have had ACC open my flightplan (VFR-part).

At around 1500 ft you are in reach of ACC from almost anywhere in flat Denmark, and as uncontrolled airspace G generally extends to 3000 ft, there is some buffer. It will usually take a minute or two after initial call to get an IFR clearence.

Approaching non-controlled (IFR) airports (IMC) can be interesting with several airplanes approaching at the same time. The airport operator has no control and no radar, and we pilots have to self-separate on the NDB-approach. With two aircraft it works out, but with three at the same uncontrolled approach in IMC I would probably chicken out and leave.

Once a P68 hit a runway edge marking item during take-off from a grass runway; it was attributed to taking off in fog. That is 15+ years ago, and I do not know of any other reported incidents or other safety problems from operating IMC out of or into non-towered aerodromes. DIY approach procedures are not permitted in any form, however, they exist and are used to some extend, and probably work fine. I have designed a few myself (including missed approach!) but (cough) only used them in VMC.

That is really interesting, because that method would enable a solution to the "UK problem" where ATC is mandatory for any instrument approach.

But I think self-separation is just a too-big emotional step for the regulators here.

well, danish ATC is certainly totally out of competition with places like UK or Germany. In Europe, there is simply nothing that compares even remotely in terms of friendliness, usefulness and efficiency as far as GA is concerned.

However, one detail should be noted: Up to a few years ago, I used to fly to and from danish airports without instrument approaches on a simple India flightplan. Then, something changed in the IFPS system and since that time, as you sid, you need to file Y or Z (even though I still don't quite understand why, because Denmark does not prohibit IFR in class G...).

Anyway, as you said, in Denmark, those departures are really no different from "real" IFR departures. For example, when departing Maribo on a Zulu plan, I usually manage to establish contact with Copenhagen when passing 500 feet and have my IFR clearance when passing 1000 feet...simply great!

That is really interesting, because that method would enable a solution to the "UK problem" where ATC is mandatory for any instrument approach.

But I think self-separation is just a too-big emotional step for the regulators here.

Well in Australia we always did approaches to fields with just a CTAF. I don't get why it is such a big deal.

As a newly minted IR pilot this is my understanding for Sweden.

In Sweden you can file an I FPL to and from from all types aerodromes. There is no need to bother about Z and Y.

IFR in G airspace is allowed. And my understanding is that you may depart IFR from your grass strip. What I have been told is that the visibility requirement is 600 meters. Once airborne you call ATC to activate the IFR flight plan and get your clearance to enter controlled airspace.

When flying IFR and approaching your grass strip ATC will ask for your intentions. I guess that people then usually cancel IFR and proceed somehow.

I think that is true for most of Europe.

It was Germany, and IIRC a few others (I recall Switzerland) who twisted Eurocontrol's arm to ban "I" flight plans to non-IFR airports.

I guess that people then usually cancel IFR and proceed somehow.

Yes, and ATC are normally keen for you to do it sooner than you want because as soon as you cancel IFR they are not responsible for you :smile;

One must not cancel IFR unless a VFR arrival at the destination is assured, because if you change your mind (e.g. because you have to divert, due to the airport not being visible and there is high ground around) it can take a bit of time to get a new IFR clearance. 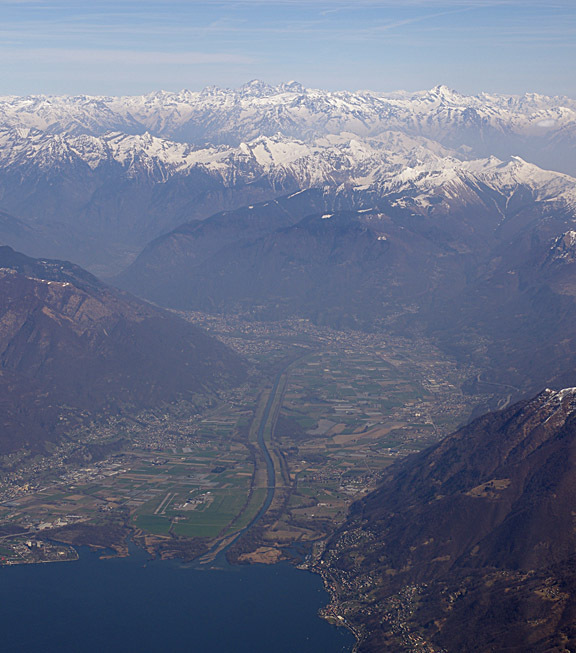 The airport (Locarno) is in the bottom left

Seriously, staying clear of terrain is really an issue of the past. If you know the general geography (i.e. where the mountains are) and have synthetic vision, you are very safe. The Locarno valley is very wide for a GA airplane, you can easily get to MSA in a do-it-yourself manner after a missed approach.

OK, let me test your IMC mountain flying skills on this one 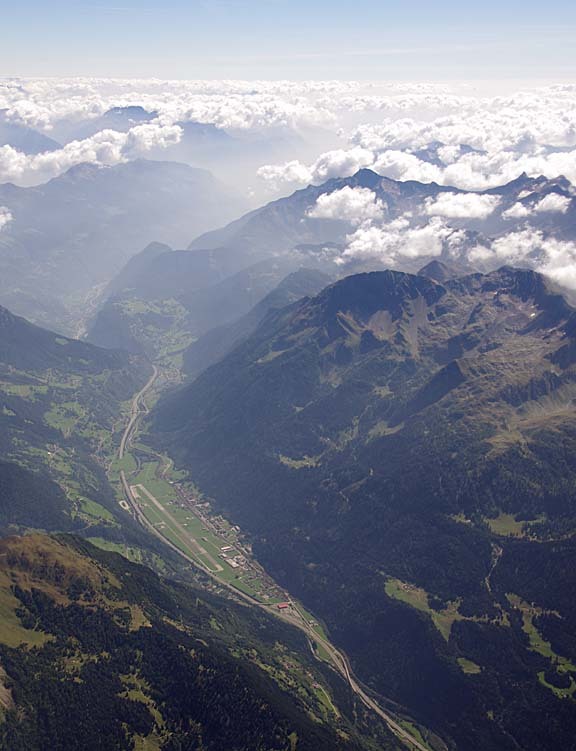 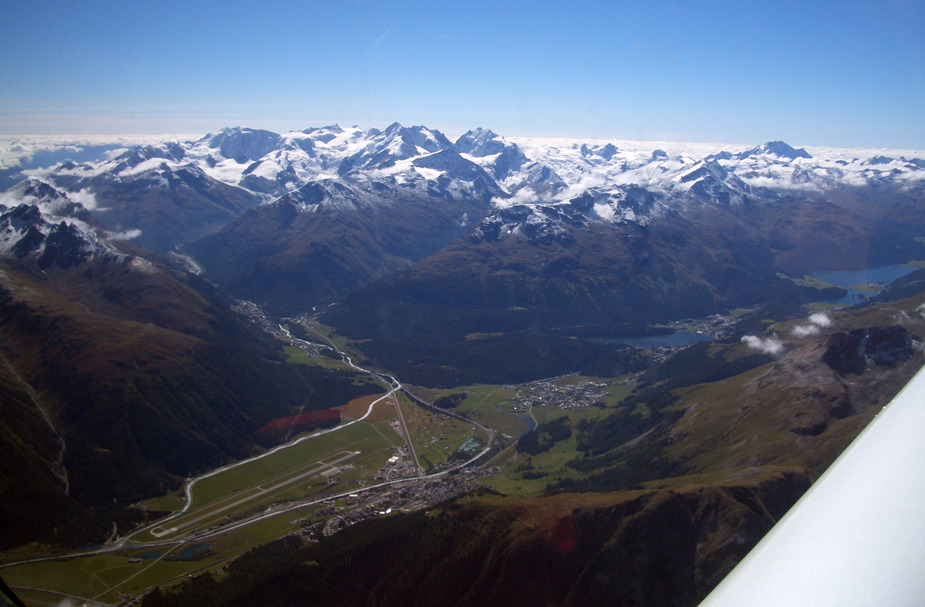 which does have a certain amount of high-value (well, formerly high-value) wreckage around it

I fly regularly to Courchevel and the locals that fly to it even fly to the airport when there is a cloud layer above it. The call is "French mountain IFR". They fly on top and know the peaks sticking out. Then they talk to someone in the tower of Courchevel and make sure the runway is clear of obstructions and sink through the clouds in between the mountains to land at Courchevel.

See this video where I myself fly to Courchevel with a cloud layer right above it. The tower of Courchevel was closed, so you have to inspect the runway yourself before initiating a landing which is a commit-to-land procedure with no missed approaches or go-arounds.

I didnot realize until now that most countries still allow "I" when departing og arriving at VFR aerodromes. boscomantico, I observed the same change, in Denmark, but believed it was for everywhere.

huv
EKRK, Denmark
60 Posts
This thread is locked. This means you can't add a response.
Sign in to add your message

Is the approach ban valid at an airport which has no RVR reporting?
Flying to destinations with unknown wind
GPS-approaches into uncontrolled/closed airports
Flying IFR in the US for a dummy