Maybe there even is an official one? For Citations, Cessna calls it the "Pulse Lights Option", most of the aircraft in our fleet have it installed.

Yes, there is MaxPulse, STC'ed for pretty much everything. Unfortunately no EASA STC as with a lot of the small stuff. I haven't said how my solution will look like, maybe it just means I will operate the landing light switch with my knee? 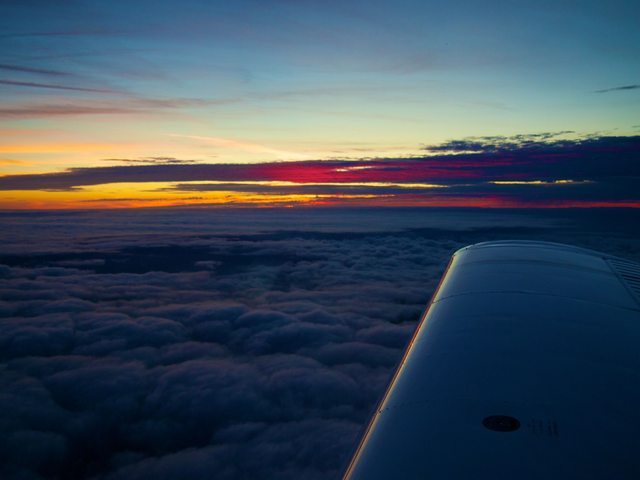 Sunset on the way over to Jersey.

What Next, you're right about the special channel islands weather! Spent the whole of Saturday worrying whether we would make it out. In the end it was perfect CAVOK.

I've been trying to get a recent pic like this in my collection. I have some similar from years ago above cloud at sunset, but every time I have tried the time or conditions havent been right. With sunset getting earlier and earlier, it makes it a bit easier now just to do a quick flight after work and try and get a similar picture to you :-)

There are some more at

It was truly spectacular!

Yesterday was one of those days for the sake of which I once decided against the airlines in favor of general aviation instead: Passengers from Marina di Campo to Buochs. Summer is almost over and the weather behaved accordingly, especially over the Mediterranean it was windy with a low overcast which makes one of the most demanding approaches even more "interesting".

After landing in LIRJ. The approach is through a gap between the mountain ridge and the clouds slightly to the right of the image (just not visible), descending parallel to the hill as close to it as you dare and then a turn onto finals with the wheels just avoiding to touch the power lines... (last year one of the Dash-8's doing scheduled flights into there clipped one of those lines with a propeller). 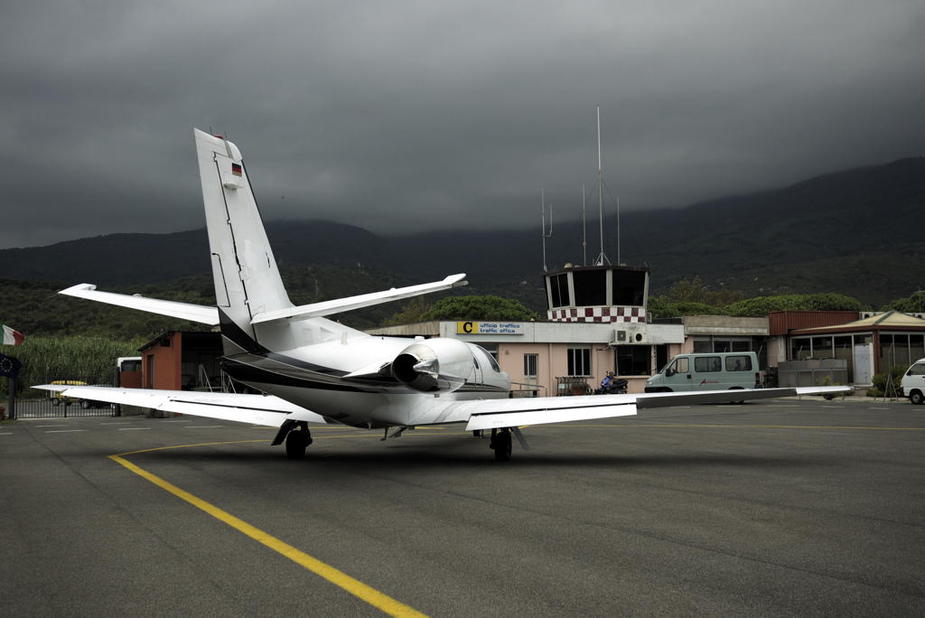 Departing from Elba, this time "the easy way" over the sea: 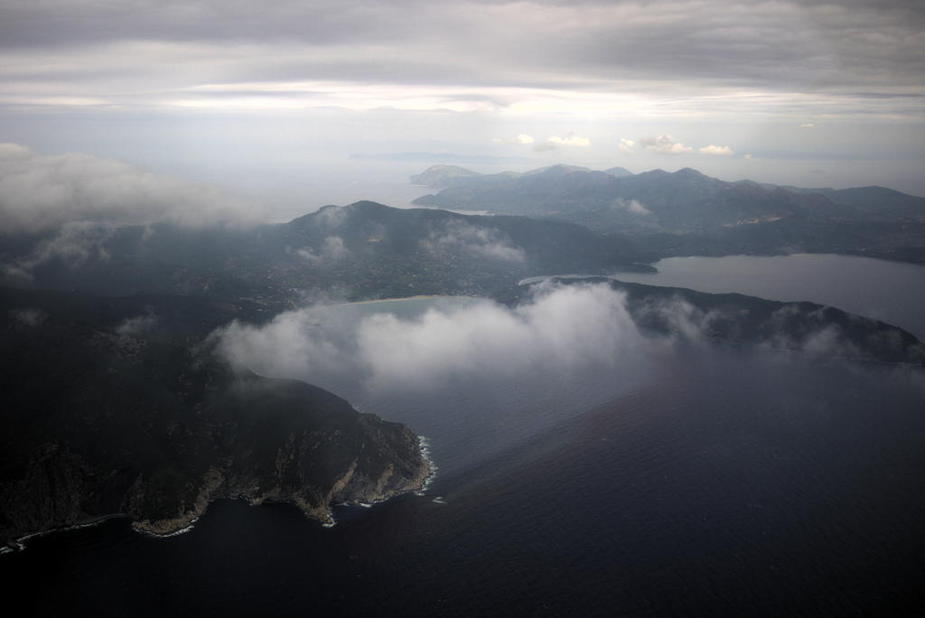 Looking back to the runway we just took off from: 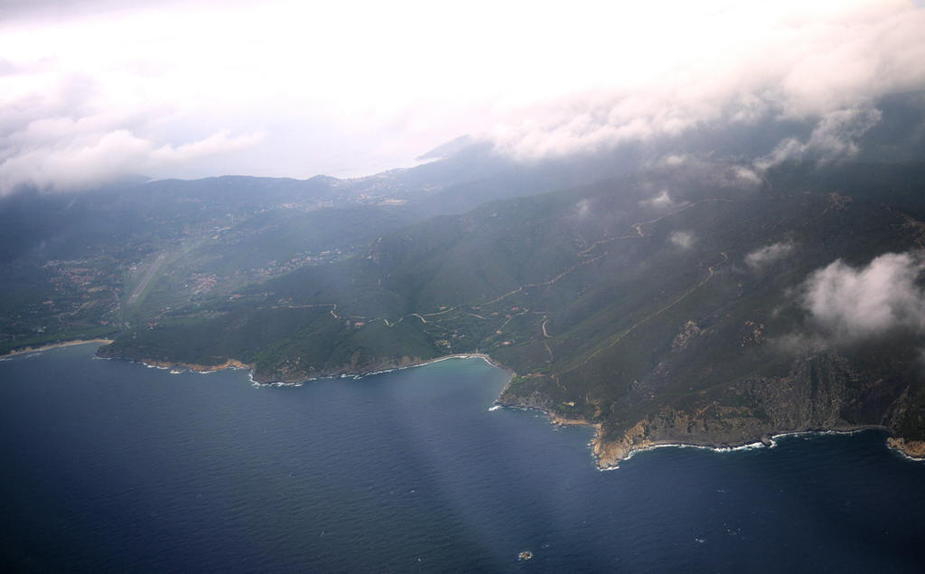 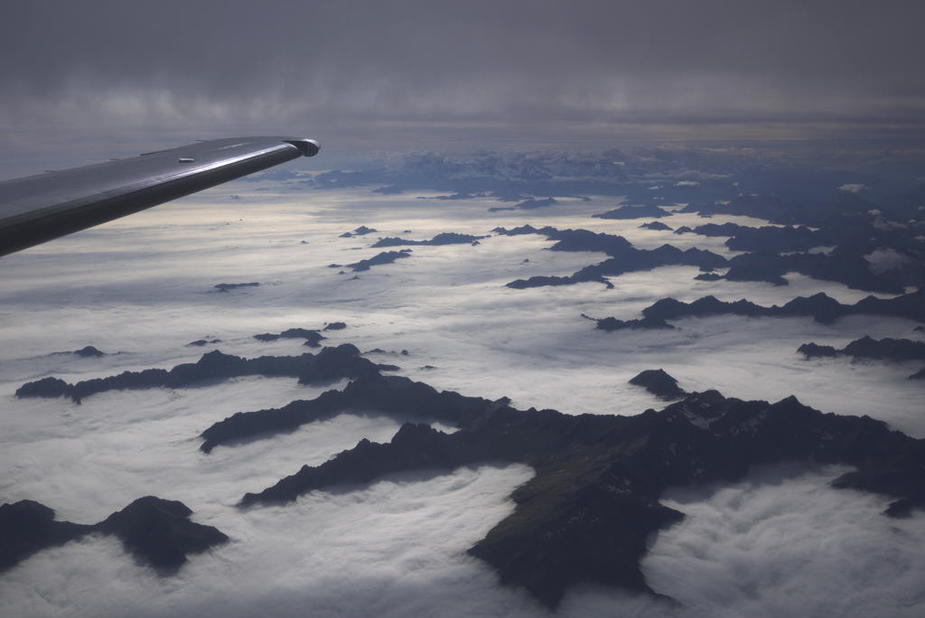 Luckiliy the weather had improved on the northern side of the Alps, two or three hours earlier it had looked very different: 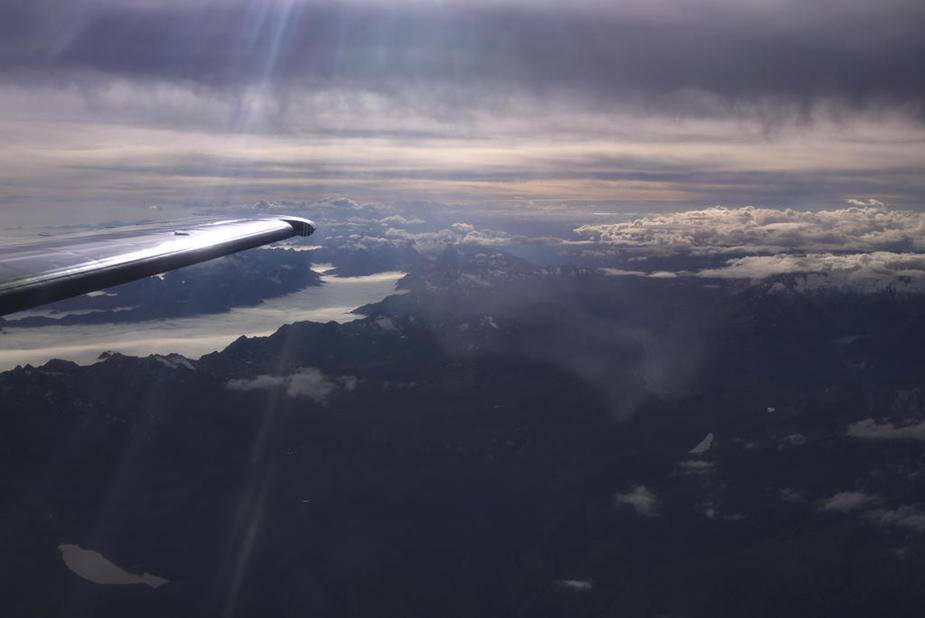 Joining a very wide traffic pattern at LSZC over the Lake of Lucerne. Coming from the south the descent clearance comes very late making it somewhat difficult to get rid of the altitude: 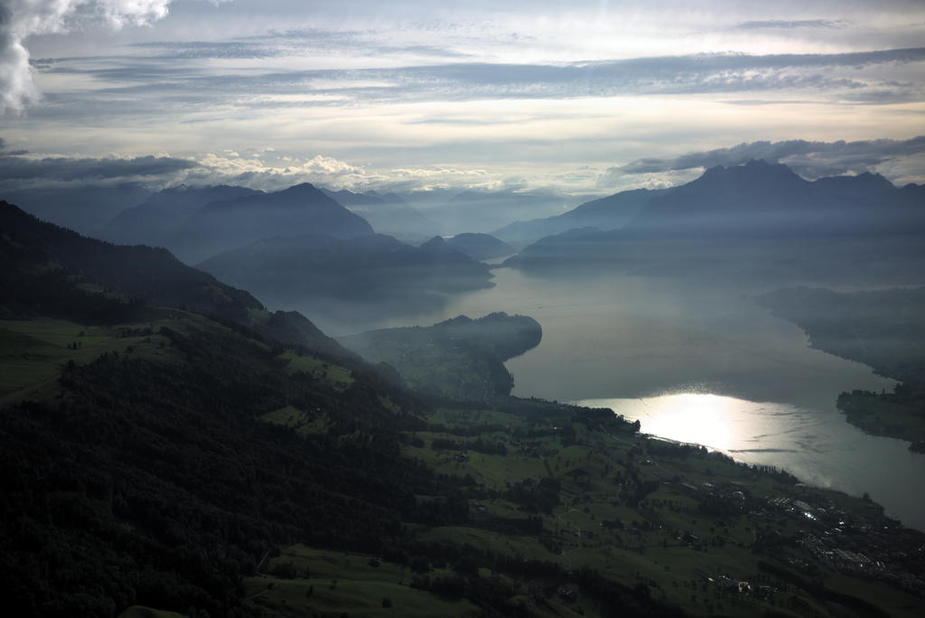 Layers of evening fox just starting to form over the lake: 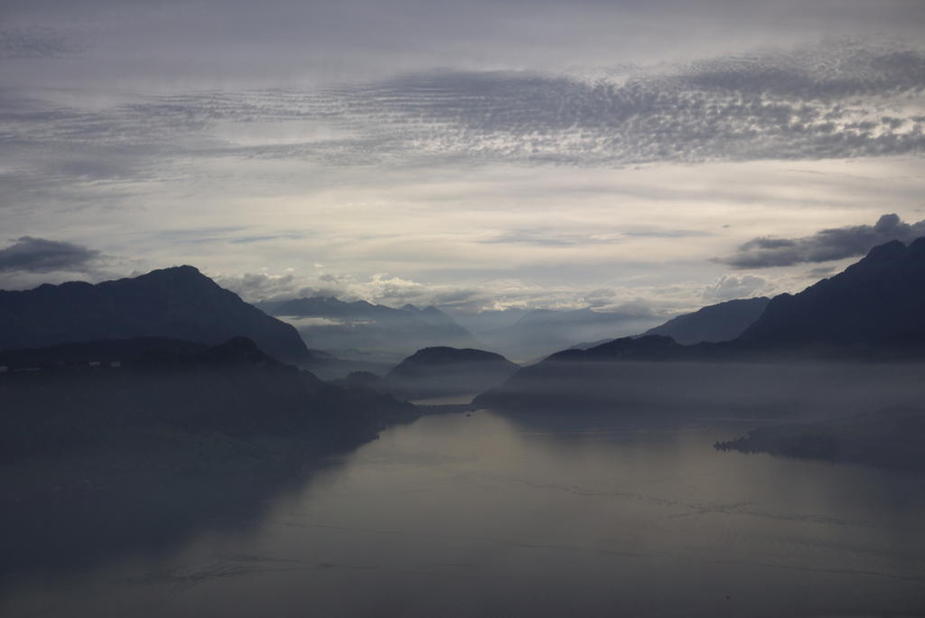 This one is on downwind leg, the runway is invisible behind a mountain during most of the approch: 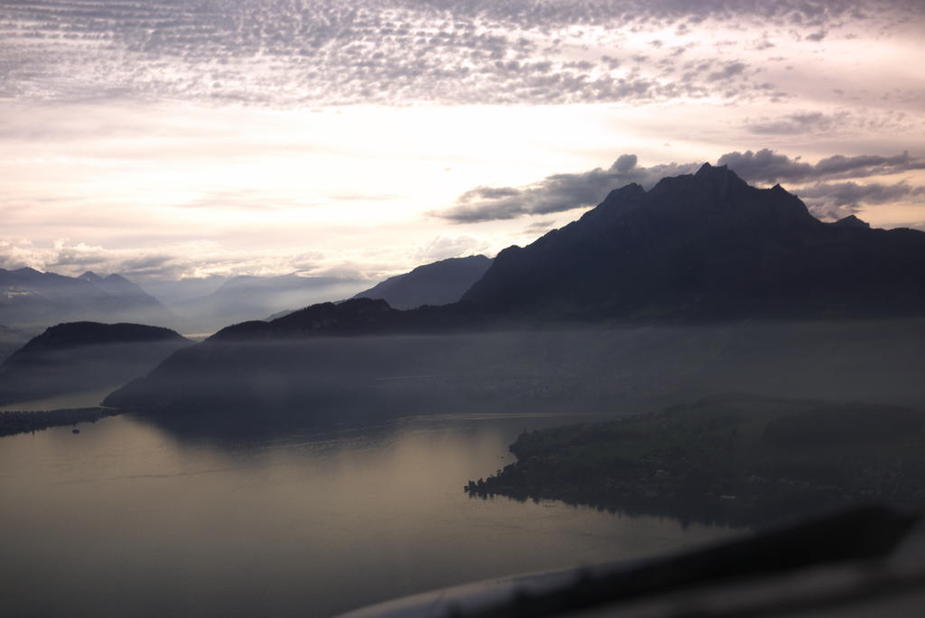 Coming round the mountain on base leg is the first time one can see the runway: 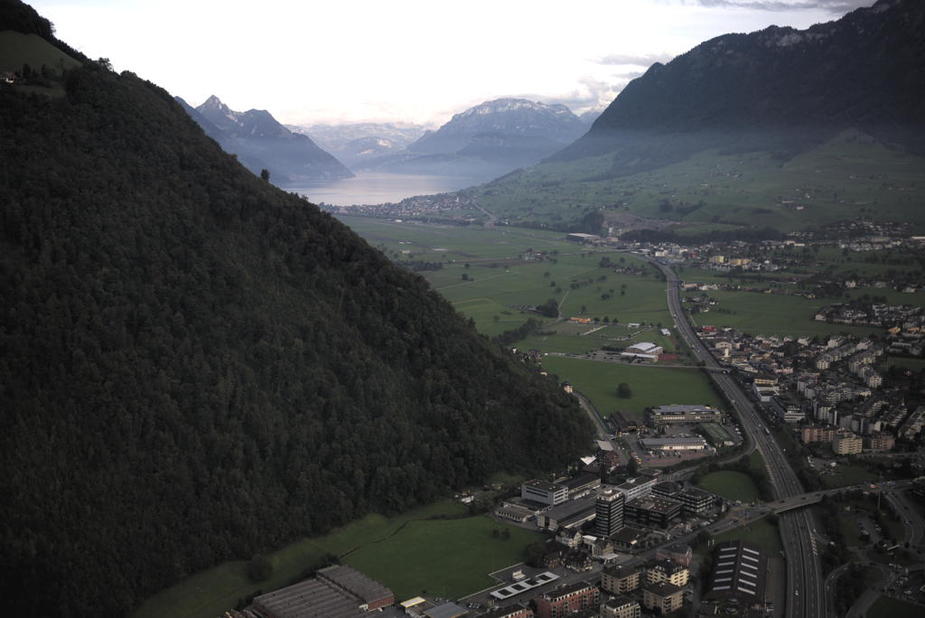 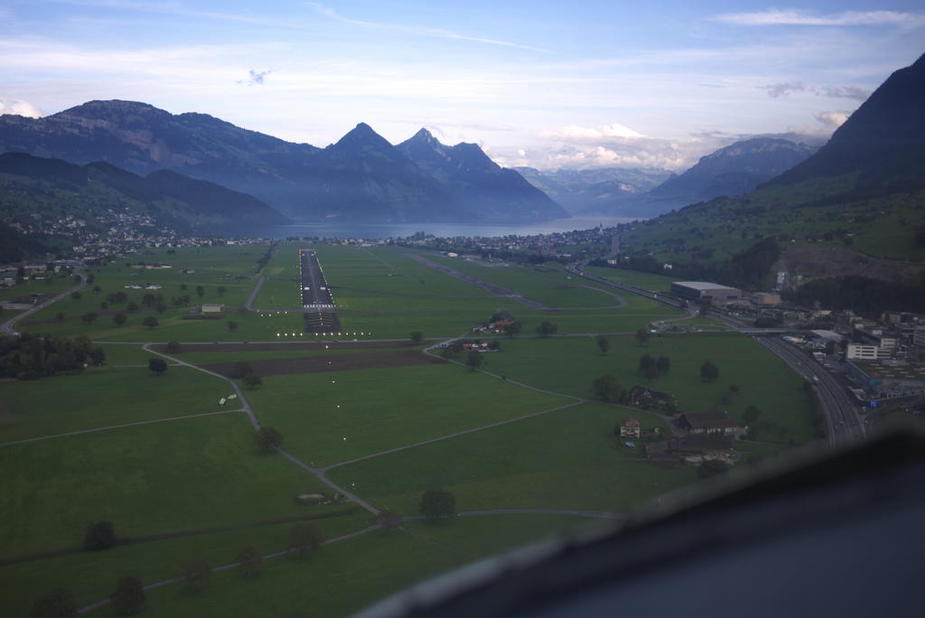 Shortly before takeoff on the unofficial ("Pilatus") instrument departure which requires a 12% climb gradient: 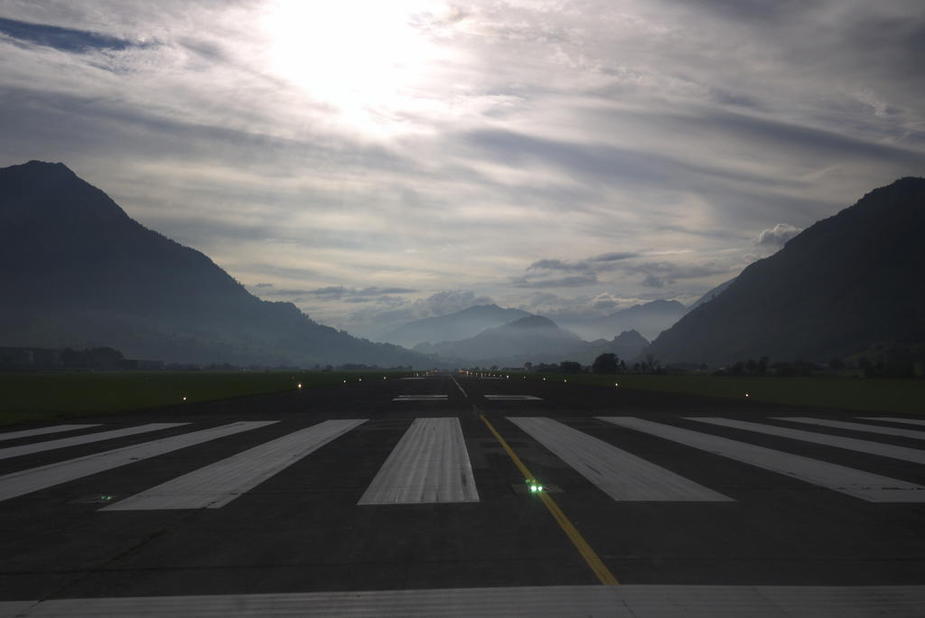 what next
EDDS - Stuttgart
Flyer59
66 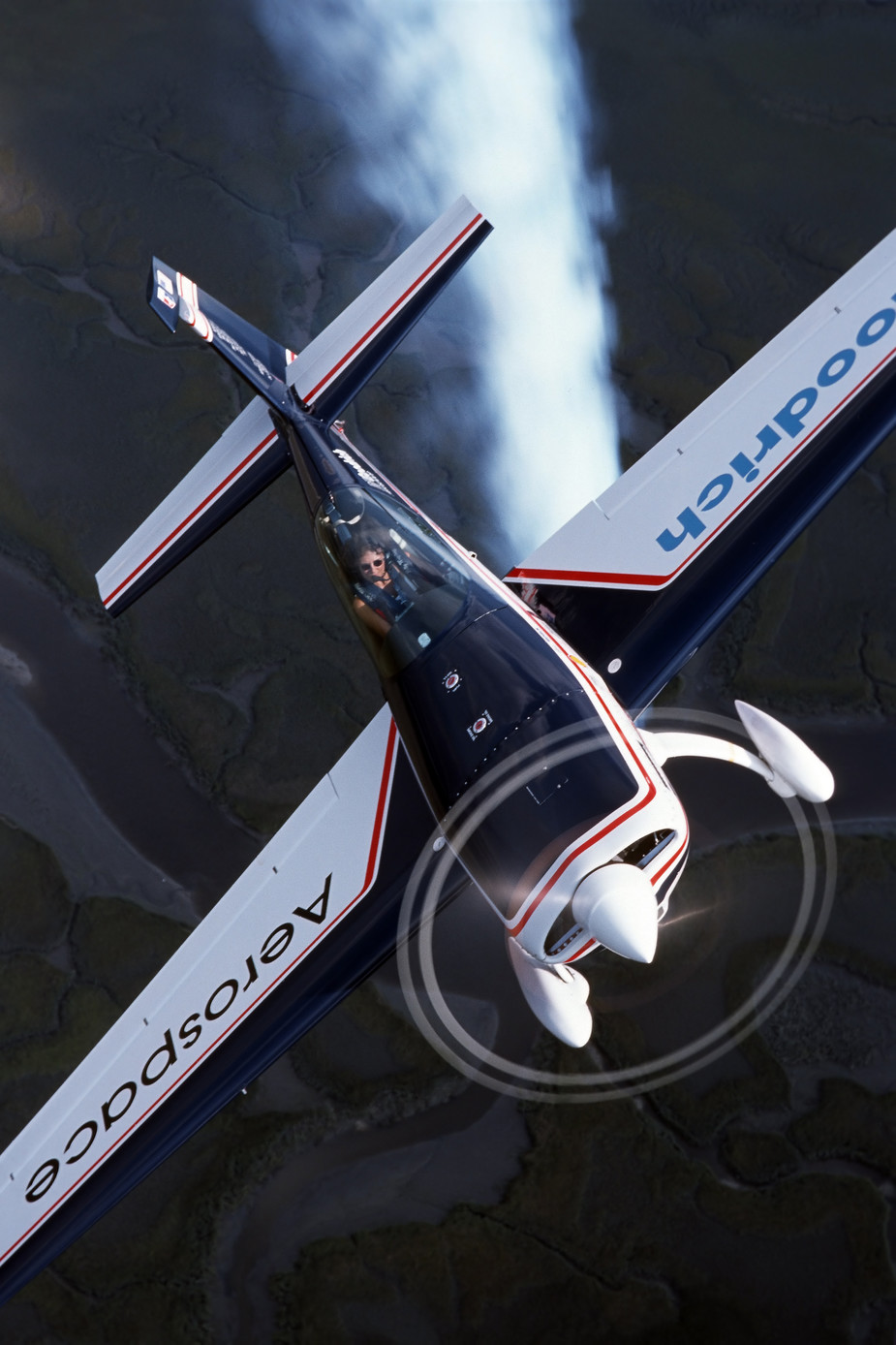 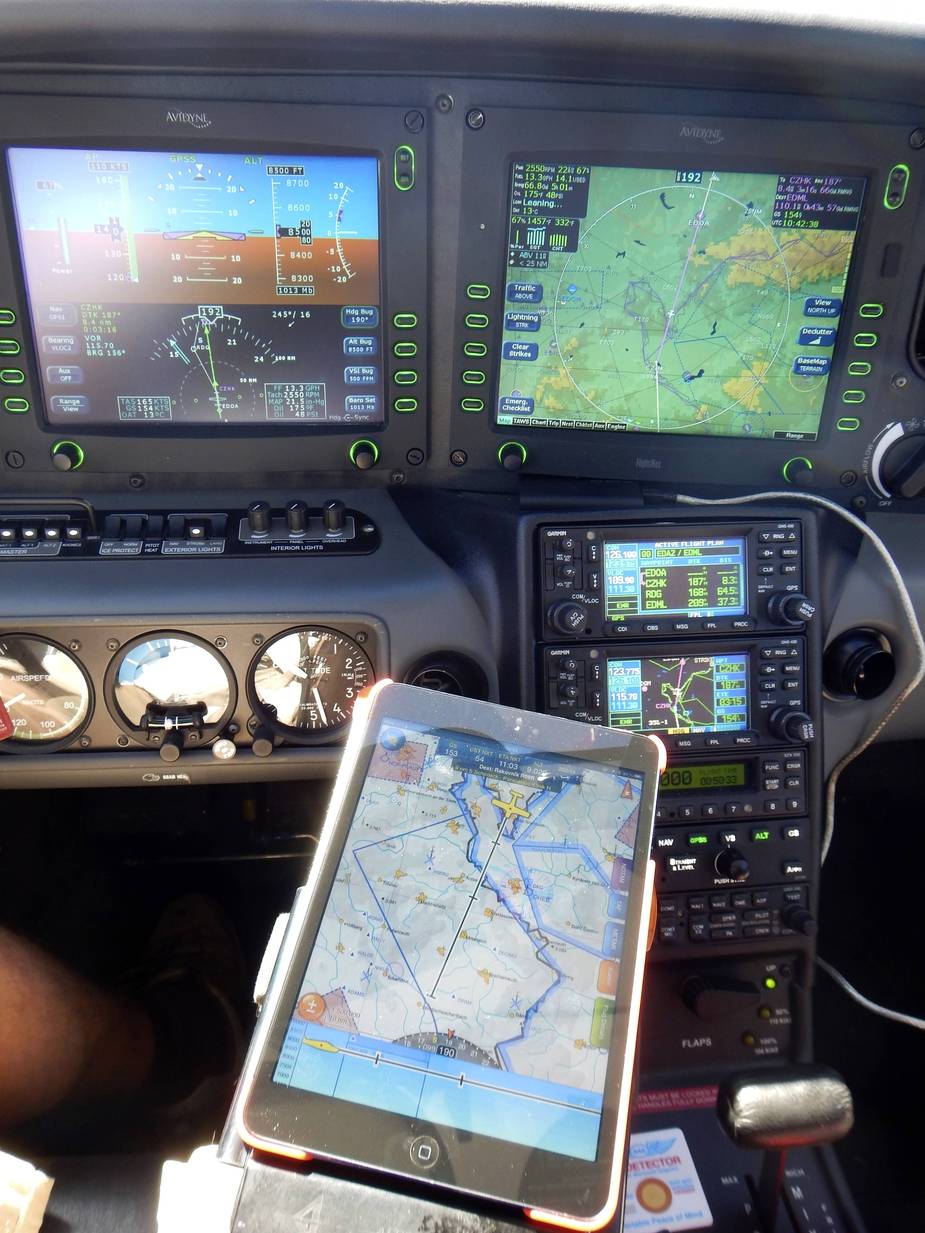 Roll in the Grob 140TP prototype 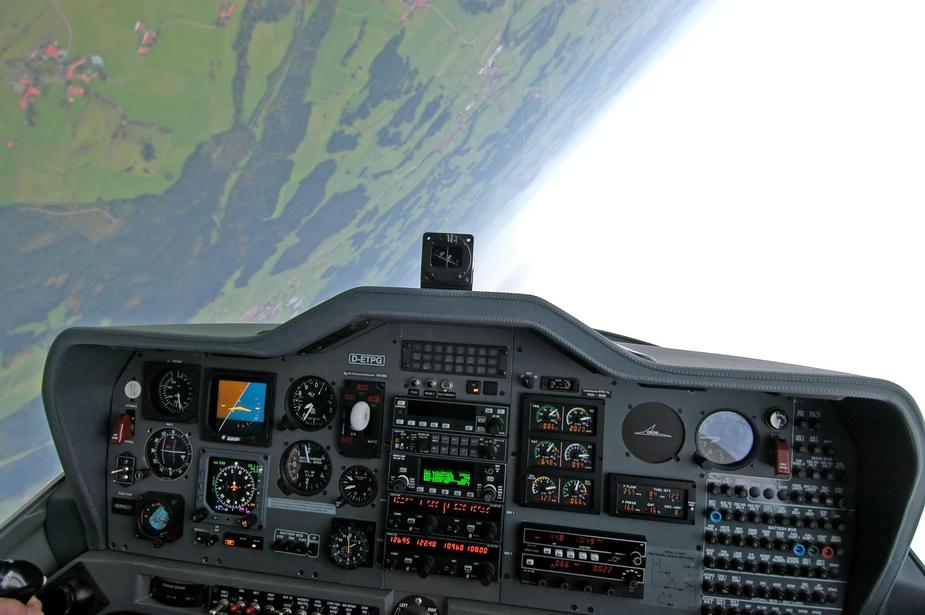 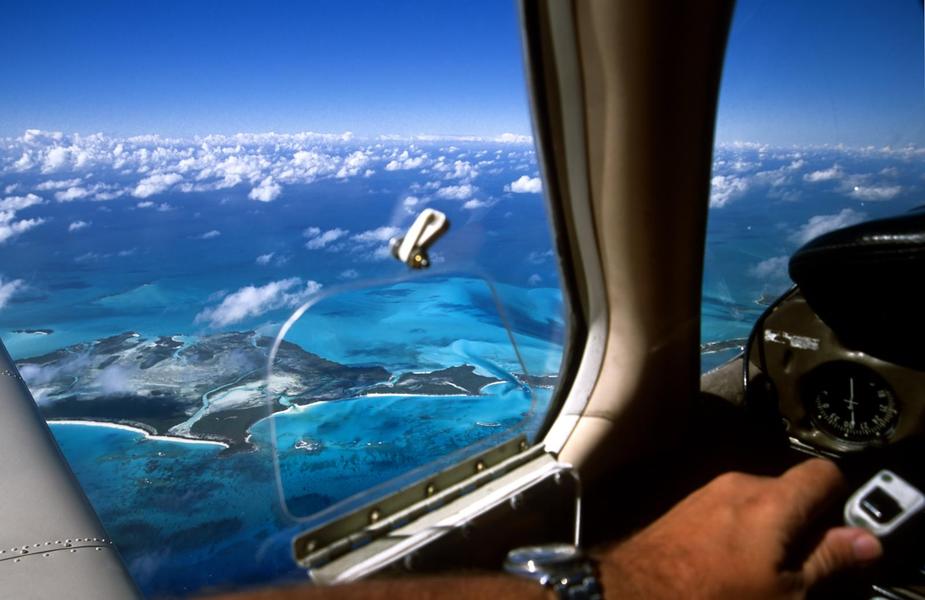 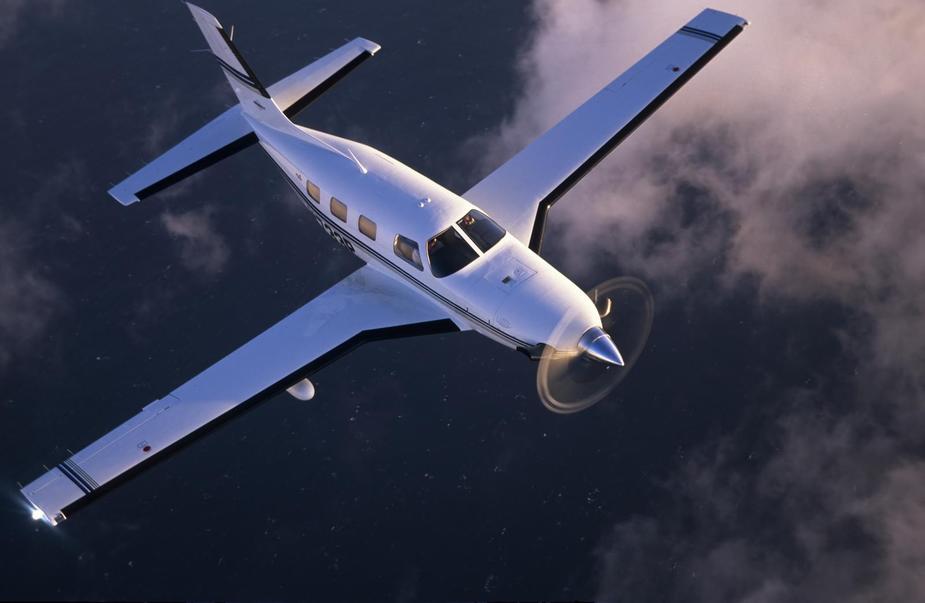 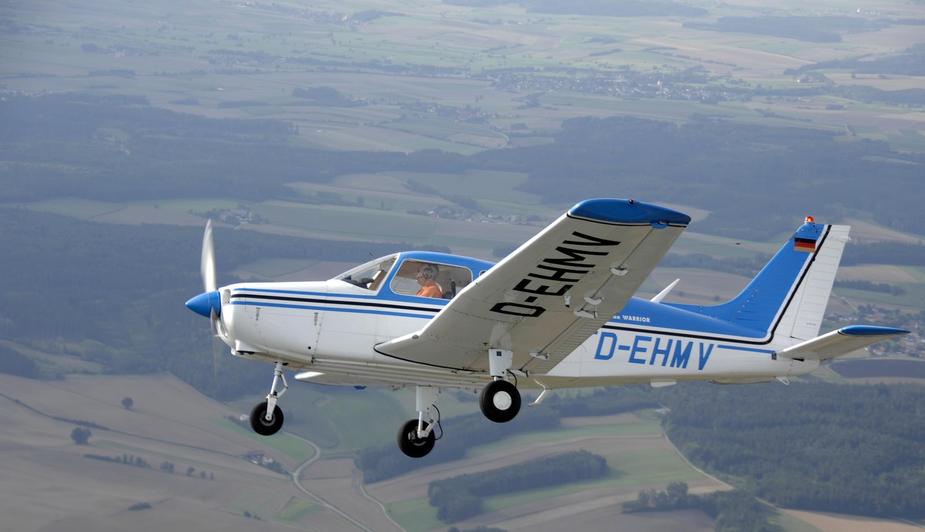 She says she wants to be a ballett dancer, but she loves Chandelles too! 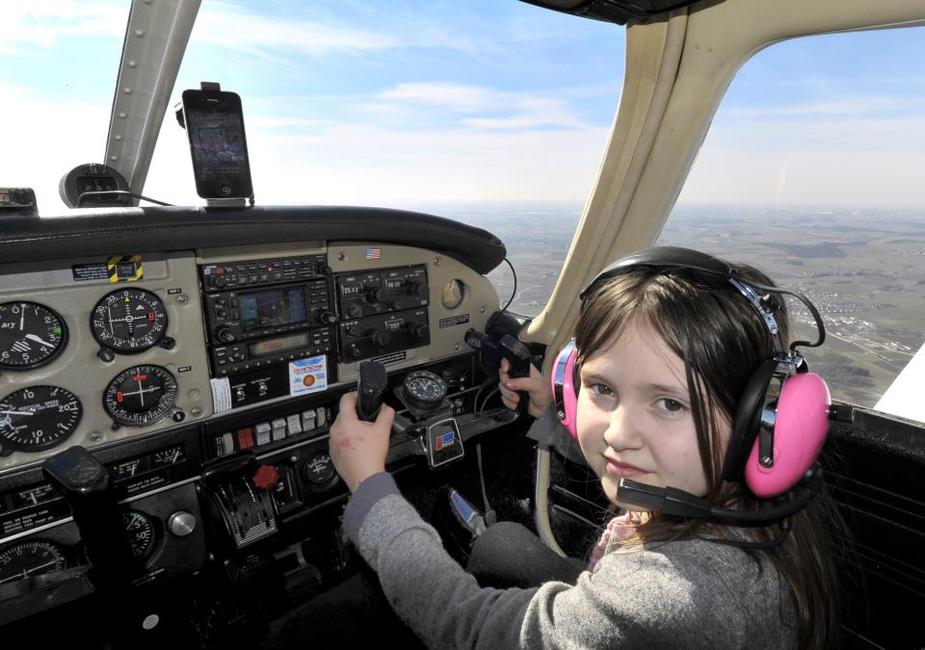 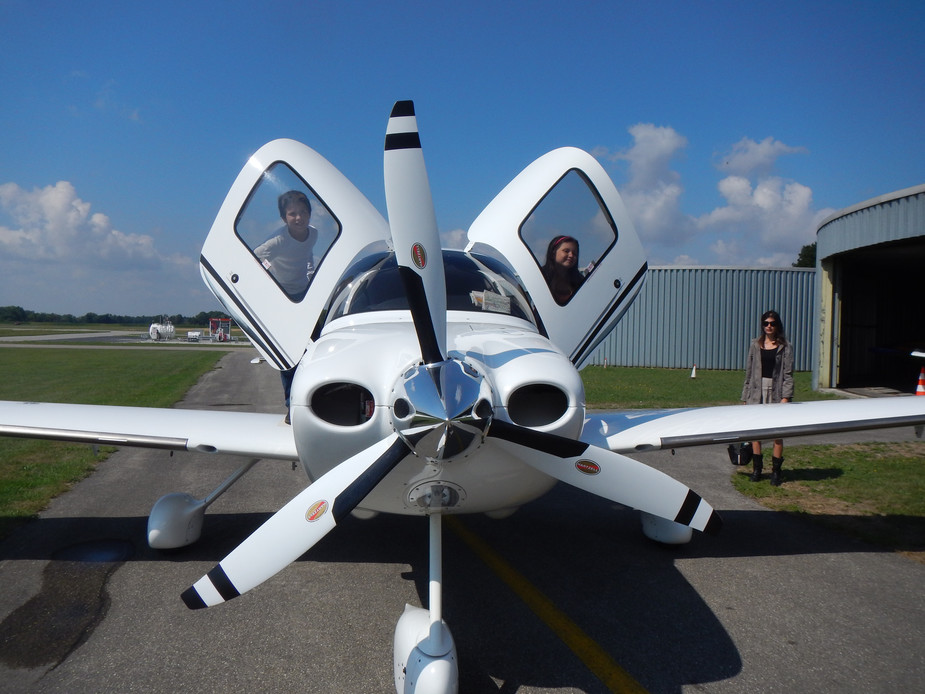 I think that is how my wife sees it: airplane at the center of the family, kids tolerated but wife set aside

My wife has a (still) valid PPL! I can't get her to fly herself anmyore and so it'll be gone soon, but when she was still interested she did te PPL in 7 or 8 months and she really flew well. First thing she would do would be to turn the GNS430 "off" (well not off but she only used the radio) and only fly by map and stopwatch ... (she also doesn't use the navigation in her car, rather stops to read paper maps)

Flyer59
777 Posts
This thread is locked. This means you can't add a response.
Sign in to add your message