Just to clarify that SkyDemon depicts the LLR in white purely to identify its existence separately from the rest of the Manchester zone, and the non applicability of full Class D rules within it.

Interrogating the airspace type on SD shows that it is indeed still Class D and not class G.

It is? When I interrogate it, it shows class G: Selecting the ‘Manchester low level route’ right arrow also does not mention airspace D.
This I think is a recent change (I noticed it about a month ago and thought ’That’s curious…’)

If in reality it remains airspace D, and the CAA doesn’t re-extend its derogation then they are going to have to run a lot of GASCo courses. 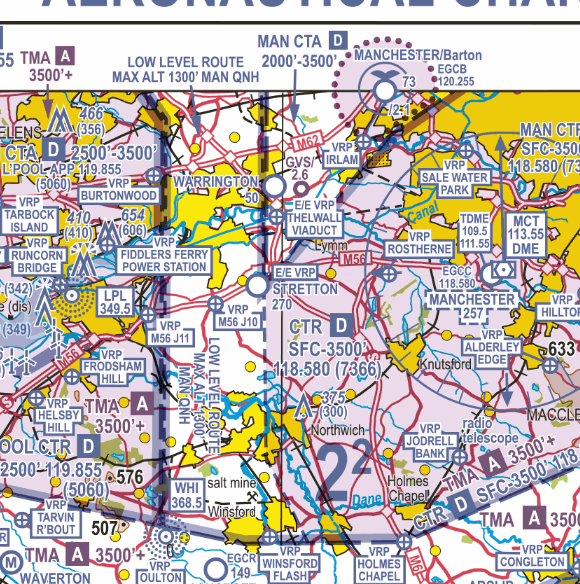 but hilariously the 1:500k NORTH (2017 is the last I have) chart shows it as Class D. Note the exact position of the CTR SFC-3500 label between the two charts 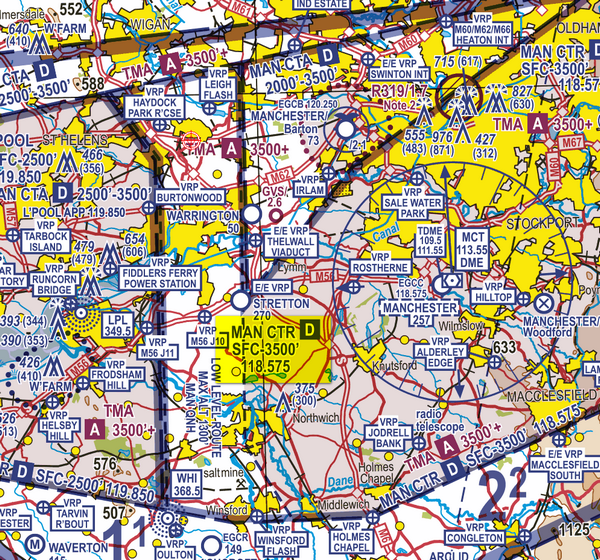 they are going to have to run a lot of GASCo courses.

The Gasco “sentence” seems to be used less now. During 2019 they top-sliced about 20/month from the CAS busts and sent them to Gasco; rest got warning letters. More recently the numbers are much lower and clearly they can’t keep running that course on that. I guess the EuroGA publicity and eventually my own summary (which is getting over 1k hits per month) must have helped. During the one I went on they presented a case of a pilot who busted the Barton ATZ which made the system appear in really poor light.

I’ve done that route a few times and would never do it again. Half the traffic there is non transponding so you get nothing on TCAS and everybody is at 1300ft. However, VFR pilots don’t get much of a choice.

It IS area CTR-D, right?

alioth
Andreas IOM
37 Posts
This thread is locked. This means you can't add a response.
Sign in to add your message

When an ATC clearance is, or isn't, or maybe is, a clearance
What discourages European pilots from flying to the UK?
Manchester Barton EGCB IFR airways departures and arrivals
National CAA policies around Europe on busting pilots who bust controlled airspace (and danger areas)