I am now looking at doing this (rather roughly photoshopped) image 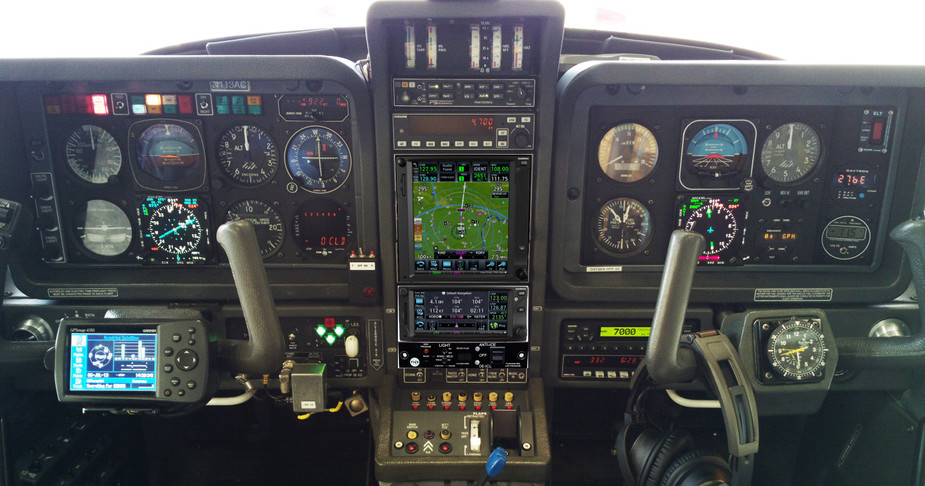 It seems the best option today, unless one argues that Avidyne is a credible alternative. Interestingly the full-TKS control panel would also just about fit into the centre stack which is the best place for it.

The ARINC429 roll steering would go from either GPS (so, one would need a selector switch) to the LH SN3500 EHSI which implements roll steering conversion and drives the KFC225 such that ILS and LPV are transparent to the autopilot (no funny extra button presses to get around the fact that the KFC225 doesn’t know about “GPS” when flying in APR mode). One could even have a second selector switch to enable the autopilot to be driven from either EHSI, for extra redundancy, but that would be a separate Field Approval because of a required change to the autopilot AFMS, so I have carefully avoided installing that feature (everything on the RHS is TSOd and used for monitoring only).

What would be the best way to transfer ex-Autorouter flight plans to both GPSs?

The entire installation needs to be STC-supported, which AFAICT it would be.

That looks like a great panel and the way you describe it (making everything go via the HSI) is what I have in my plane.

Re: transferring FPL. There’s a sync function between the two so you don’t need to transfer (although some people don’t sync and I agree there are situations where you wouldn’t want to, like having a different wpt selected on box 2). Then to get it into your GTN750 you have 4 choices:

- entering it manually. As I’m sure you’ve seen already, this is vastly simpler than with the non touch-screen GPS boxes.

- put your flight plan into the SD card in the FPL folder. It’s a direct export from Autorouter; then when you go on the file plan page on the GTN you can simply import it.

- install the flight stream 510 (Wifi and bluetooth SD card) in your GTN750. 2-way flight plan transfers including during the flight to enter route changes. The advantage is that you can use the Garmin Pilot database concierge to update all your databases from the iPad. The thing which makes me reluctant to install this is that I’ve read reports that it takes 5-10’ to update some databases (like charts) after which you need to restart your GTN to install them; that’s usually either when I’m ready to taxi or to take off, so it sounds very annoying. Also don’t know how the flight plan transfer works if you also have Golze.

- install the flight stream 210 (your avionics shop need to do this). No Database concierge, but instead you get SynViz on Garmin Pilot or Foreflight. Same potential problem with Golze.

Does the SN3500 not have an internal selector between multiple ARINC HSI inputs? Surely that would drive the source used for GPSS as well?

What would be the best way to transfer ex-Autorouter flight plans to both GPSs?

You can put the flight plan files onto an SD card, or install a Flighstream 210/510 and use Garmin Pilot to transfer the routes. Both work very well. The Flightstream interface is particularly nice – the iPad is a much better input device than the 650 or 750.

Well, currently, EHSI #1 uses the old NAV/GPS selector switch, located above the LH AI. That was done for the simplest installation. That limits the LH EHSI to GPS (KLN94) or NAV (the upper KX radio) and that was the “classic” setup. The proper way would would be to do what was done on the RHS EHSI and use the EHSI’s input selector (its “NAV” button) to cycle through GPS1/GPS2/NAV2/NAV2 inputs, and I guess this would be a good time to do that and to rip out the two RS-08 relays.*

For FP transfer I was thinking about bluetooth. However I really want to use an android tablet. I could buy some used Ipad for this but it seems a waste, and another thing to keep charged up.

The Golze box would probably go in, too. Not sure if it integrates with anything, however.

BTW this (posted previously) was the other option, technically neater, and the TKS control panel would also fit in, but I have absolutely zero appetite for it 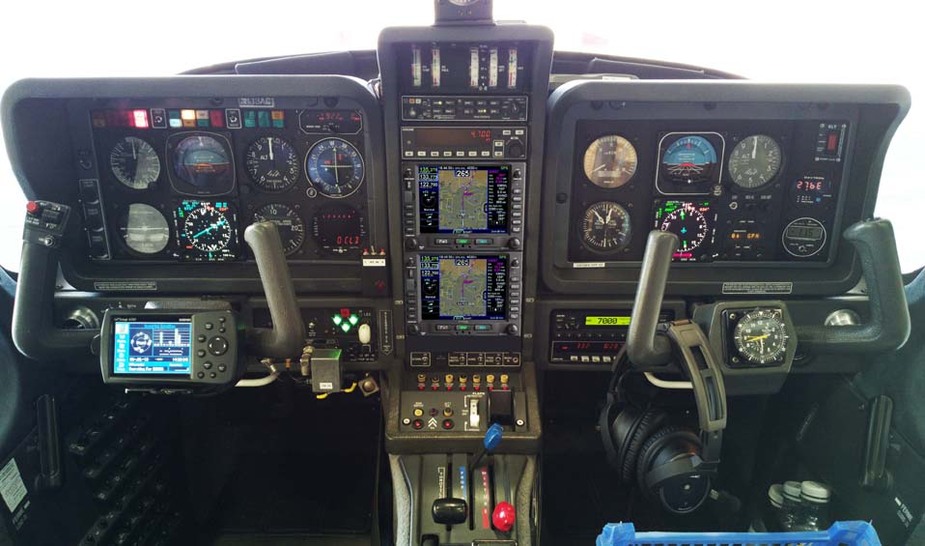 * That however is a lot more rewiring, whereas installing the 650+750 would be more of a “surgical” job, picking up connections to the old avionics.

I will have maybe 2 months, due to the full TKS going in Jan+Feb 2018. And freelance avionics work will be allowed in this particular hangar, which crucially will also have heating.

The Golze ADL standalone box (ADL110) isn’t offered anymore. So if you want Golze weather on board you will need to use – heaven forbid – an ipad.

The Golze systems take flight plan information from the GPS via RS232. This is worth connecting up (and it’s really easy).

I would definitely get rid of the relays – why have the extra point of failure if it’s no longer needed? ARINC is also fewer wires – just two from each GPS to the EHSI and another two going back from the primary EHSI (for course selection). I assume the Sandel correctly deals with the CDI switching logic on the GTNs.

I would get rid off the audio panel as well and use remote audio panel GMA 35. I have this setup for quite a long time and it is working very well. It frees some extra space in the central stack (which can be used for TKS system controls) and give you Telligence, which is nice toy for geeks, see this real life demo (which was published here before): Garmin Telligence Voice command demo!

Agree that the remote audio panel works well, and the failure mode is well thought through.

I don’t really want the remote audio panel. Too much of a single point of failure, and I don’t need more centre stack space

Also a failure in the GMA35 is a lot of work whereas the slide-in audio panel just, ahem, slides out. And in terms of wiring, there are probably more wires to the audio panel than in the rest of the plane

BTW, speaking of multiple inputs to the Sandel EHSI, the options are as follows:

* This means that if you have multiple glideslope-capable sources, you need 6-pole relays external to the EHSI, because it has only one GS source input. Each GS source has 5 wires (four signals and one flag). This is why this kind of thing gets rapidly complicated. I already have a 6-pole relay on the RHS EHSI’s GS inputs, to select between the two KX radios, and if the EHSI was to be capable of GPS1/GPS2/NAV1/NAV2 and ILS/LPV on all I would need four relays! It is a consequence of not having GS signals arriving via ARINC429 which is just 2 wires (plus ground). So, stopping a bit short of “doing everything” and limiting the LHS to the existing “GPS/NAV” functionality i.e. the GTN650’s GPS (with LPV) or the GTN650’s NAV (with ILS) would avoid any more relays. It takes me a couple of days to get my head around this each time I look at it.

Remote audio panel is just another box, yet invisible from the cockpit. It means that it can be easily unplugged and replaced if needed.

Pytlak
LKHK, Czech Republic
49 Posts
This thread is locked. This means you can't add a response.
Sign in to add your message