does not, but it is not commonly known as, AFAIK, the only country in Europe practicing this is the UK

Are you saying that an AFIS is offering a control service, as I understand it there is no control service on classG only an on request information service

There would seem to be great danger in any authority presenting the evidence to another, and the other then handing down a penalty, without the evidence being tested. I have heard of people infringing in France, the CAA being contacted, and then do no more than write a letter effectively saying “please dont do it again”. There was no penalty and no test of the evidence, both in itself a reasonable response given the problems this would cause. Cub can clearly advise more accurately as to exactly how this process might work.

1) I have no ‘official’ capacity in relation to infringements. I used to work for NATS until recently and was quite close to both NATS and the CAA’s handling of infringement events.

2) I believe the CAA have a bilateral arrangement with the FAA over the handling of such matters which normally results in the CAA taking action in accordance with national procedures, CAP 1404. What I am suggesting is not that the CAA tells the FAA to do anything, but if the CAA did not prescribe action in relation to a US aircraft and crew, the FAA tend to take a very binary approach and will simply start by revoking the Airman’s Certificate. To that end, it is possibly best that these things are investigated and managed by the CAA.

My understanding is that an RMZ does not necessarily apply, and that “seeking the necessary information to make safe entry to the ATZ” may be done for example, by previous arrangements over the telephone. There is no legislative requirement for an RMZ that I’m aware of.

At my last count at least eight separate attempts at infringement related threads on the Flyer forum have been closed down and locked with a suggestion that any further discussion on the subject be moved across to this forum, so this thread may run for some time yet.

I’ll happily stick here. The tone is friendlier and we play the ball rather than the man. Good to see Cub here.

About coordination, Last time @Ibra and I asked for a Luton transit (in vintage airplanes, no transponder), when about to exit, Luton actually told us to call city, as they were expecting us. I hadn’t even told them we intended a city transit. Thought it was great service and coordination

The UK training industry newletter FTN publishes monthly stats in the back of it, on stuff like license issues. The raw data can also be found on the CAA website.

For some strange reason they stopped issuing these stats in 2016… I wonder why? 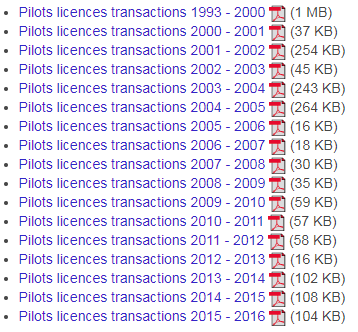 Once you look at it carefully and work out some bumps in recent years caused by the inclusion of the NPPL and LAPL numbers, it puts to rest any suggestion that GA activity in the UK is increasing. Together with the graphs posted further back in this thread, it’s obvious there is a more or less constant decline. Especially in the last 2-3 years surveyed (up to 2016) when it has been particularly rapid on the license issue front. 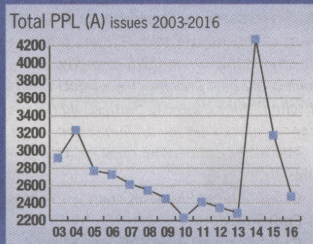 Clearly the rise in the infringement numbers is entirely due to continual modifications to the reporting system.


Note that (d) says nothing about airspace class.

Neither does (c), but it’s pretty obvious what is meant. Special VFR is per definition only available in BCD, so for an aerodrome to provide special VFR it has to be B, C or D. (d) makes no sense unless the airspace is B, C or D. But then again, making sense is obviously not a requirement in the UK by the looks of it


there is a good chance it will simply be “unified” under a very low reaching airspace A or C, so VFR if at all is sent scud running

Take away the A, and there is nothing wrong with CAS. It’s perfectly OK to fly VFR in CAS, but it requires two way radio and transponder mode C or higher because it is a controlled flight. It’s perfectly OK to fly with no radio and no transponder also, but you will be restricted to G exclusively. Below is the TMA of Møre. It has two controlled airports, class D, and two AFIS airports, class G (RMZ). There is also at least one private strips there that I know of, probably many more. The TMA is airspace C. In the northernmost area the TMA goes down to 700 feet. This is not to keep VFR out. On the contrary, it’s to create a controlled environment for helicopter traffic to/from the oil facilities in the ocean outside.

You could in principle fly VFR with no radio, no transponder below the TMA. However, it is considered very bad practice to do that below the TMA, certainly without radio and two way communication. Also, no one in their right mind would dive down from cruising alt (let’s say 2000 feet for this example) to 700 feet to get passed the northernmost zone when flying VFR. For some local flying from one of those airports, there is no particular reason to enter up into the TMA except for training reasons. But for longer flights, let’s say from ENAL to ENOL/ENVA or longer, you would climb to 4-10000 feet, depending on weather and distance, and the entire flight is a controlled flight. – or, you could cruise along at 500 feet looking at ships, birds and fish/wales

I have done both.

IMO, VFR pilots have to accept more controlled environments in the future. This also means filed flight plans. There are still vast spaces of G (or E for that matter), but not in the vicinity of aerodromes. The time where we could fly “freely” (uncontrolled, no radio, no transponder/ADSB) in busy airspaces is gone, and it won’t get “better”. Earlier this week, the ATC at ENVA urged everyone to file flight plans through IPPC. Even for local training flights in the circuit, touch and goes. No more calling the tower on the phone or directly on radio as we used to. (the reason they give is work load when they have to write it into their systems).

Likewise, the ATC have to accept VFR flights. They cannot simply create airspace A, and say this is it. If ATC cannot handle IFR and VFR at the same time, they should find something else to do. Then they don’t know how to do their job. 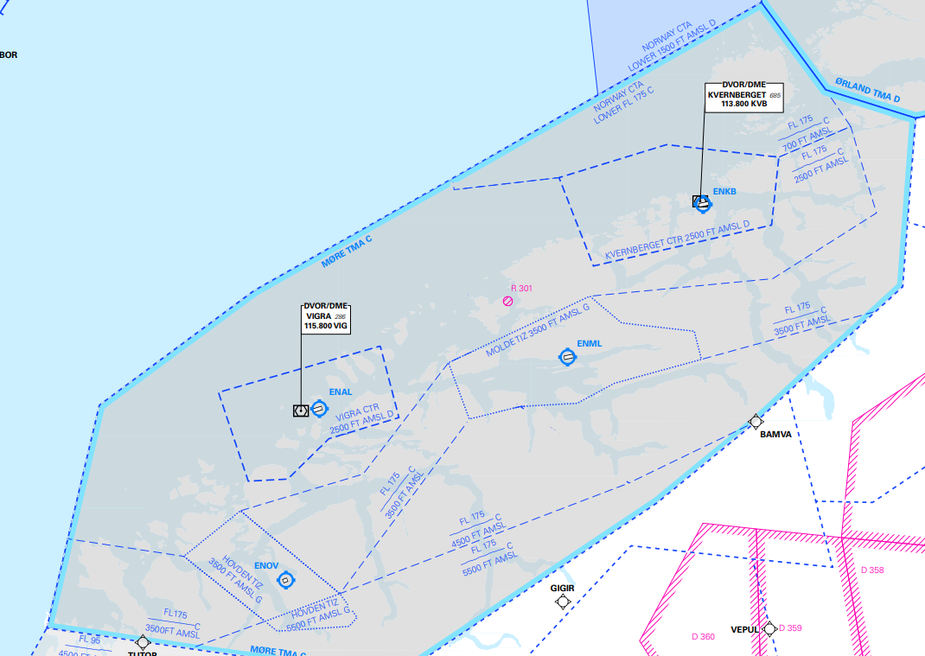 LeSving
ENVA ENOP ENMO, Norway
3034 Posts
This thread is locked. This means you can't add a response.
Sign in to add your message