It’s a tenuous argument to say that man has had any effect at all on sea level rise.

Sea level has been steadily rising over the past century, predominantly due to anthropogenic climate change.

From that shady USA collective the National Academy of Sciences, who have somehow persuaded to get Wikipedia (or ‘The Man’, as I prefer to call it) to use their so-called ‘facts’.

(Btw, that took around 90 seconds to source. It’s fine and all, but wouldn’t it save your typing to just research some statements before making them?)

I prefer data, this compilation is from NASA starting in 1870, long before man made carbon emissions accelerated. If you look closely you can just about see an increase in slope in the 20th century. In the few years since the end of the graph, the slope has been downward, which doesn’t in itself signify much but acts to remove some of the very minor slope increase over the preceding period. The whole thing is an exercise in looking for small changes in slope in a long term trend that long precedes the vast 20th century increases in world population and fossil fuel consumption. That is reality. 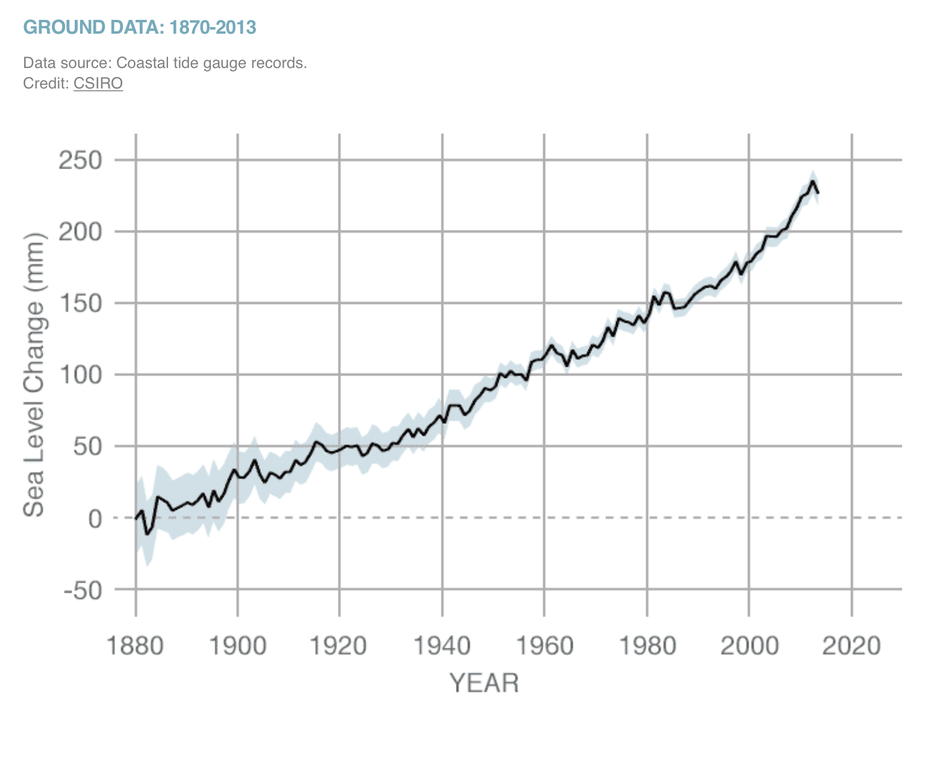 Nope. Carbon emissions from coal started from the industrial revolution and accelerated thereafter, which was waaaaaaay before your pretty graph, around the 18th century. And massive consumption of oil started around the late 19th century to early 20th century.

So your graph is entirely what I would expect to see: sea level rising due to anthropogenic climate change. 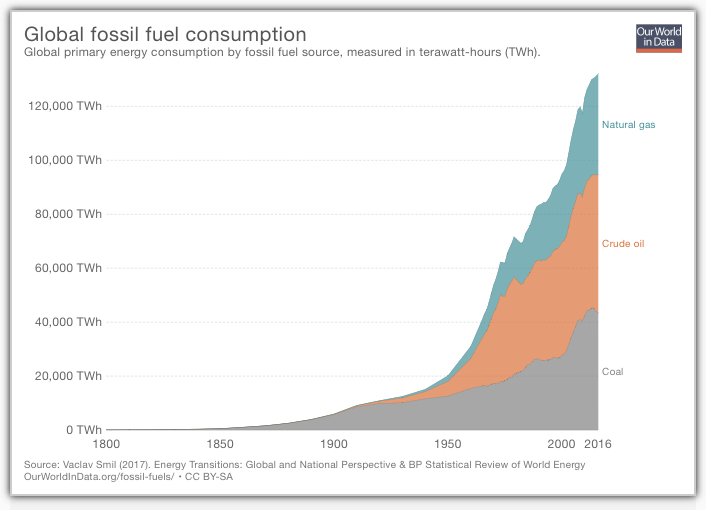 This is probably the source of your confusion.

and the facts from 1870 to date don’t support the hype.


I like facts, that’s the thing and the facts from 1870 to date don’t support the hype.

All facts need interpreting. (Just look at the facts in an aviation accident investigation — there’s no coincidence that there is a major section called “Analysis”.)


I like facts, that’s the thing and the facts from 1870 to date don’t support the hype.

Unfortunately FACT and TRUTH get in the way of a good story or a particular agenda. ANTIFA and Extinction Rebellion are running from actual fact. Happened in the late 1930’s with a particular political viewpoint, then again in the late forties and has continued ever since.


I choose to believe the climate scientists.

Not being a particularly religious person, I’m not prone to ‘belief’. Sea level has been rising since reliable data has been recorded, at a roughly constant, slightly accelerating rate. Meanwhile man made CO2 production vastly accelerated post war with no correlated match in the rate of sea level rise. Some years ago a time delay was hypothesized as an explanation that preserves the linkage, a theory that ‘conveniently’ predicts rapid onset of biblical style flooding and in some eyes provided moral authority to tax and control. That time delay effect hasn’t occurred, and it also offers no explanation for comparable rates of reliable, measured sea level rises early in the 20th century that were preceded by something like 60,000 times less average man made CO2 production..

Those are all facts, not beliefs.

DavidJ
414 Posts
This thread is locked. This means you can't add a response.
Sign in to add your message

Switzerland to Introduce a 500 CHF Tax per Private Flight
EASA to regulate climate change
The image of GA in the media: Commuting by plane causes media hype
Carbon Offsetting