Your most recent flight and landing...

As we all are now being grounded with very unsure prospect of ever getting airborne again, I’ve just looked up my logbook.

It appears that my last flight was a training flight on July 22, 2019 to Leutkirch and back. Landing was at 1812 LT at Zurich, homebase. 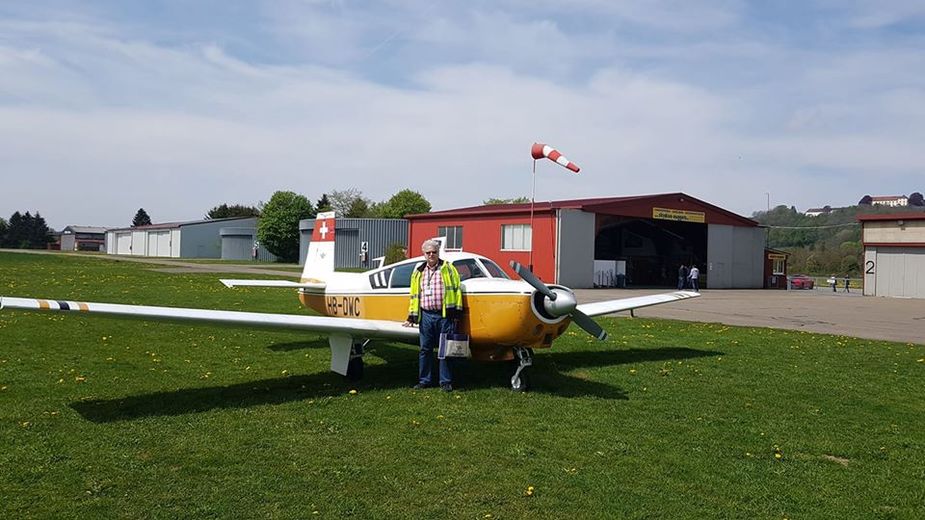 It was a lovely time flying. Heaven only knows if it will come back, I very much doubt it. And it was a privilege knowing you all here online.

My last flight was yesterday, from 10:30 to 11:14 UTC, simple circuit training on a C172N. The last flight before that was in November, as I had to cancel all five bookings since due to weather (3 times) or being sick (2 times). On the first landing into a 15G25 headwind I was felt quite rusty, but the other landings were actually decent.

In the last 9 months I was lucky enough to reach 509 hours jet time (just passed the 500 hours). In an attempt to save also my SEP and MEP I did a few flights in the last days, last one being a short three leg trip from Zurich to Bern, Grenchen and back with the beloved Seneca (which you know quite well). Let’s see if I can get the needed hours and do the prof check before the class ratings expire. Hope dies last and I stay positive. 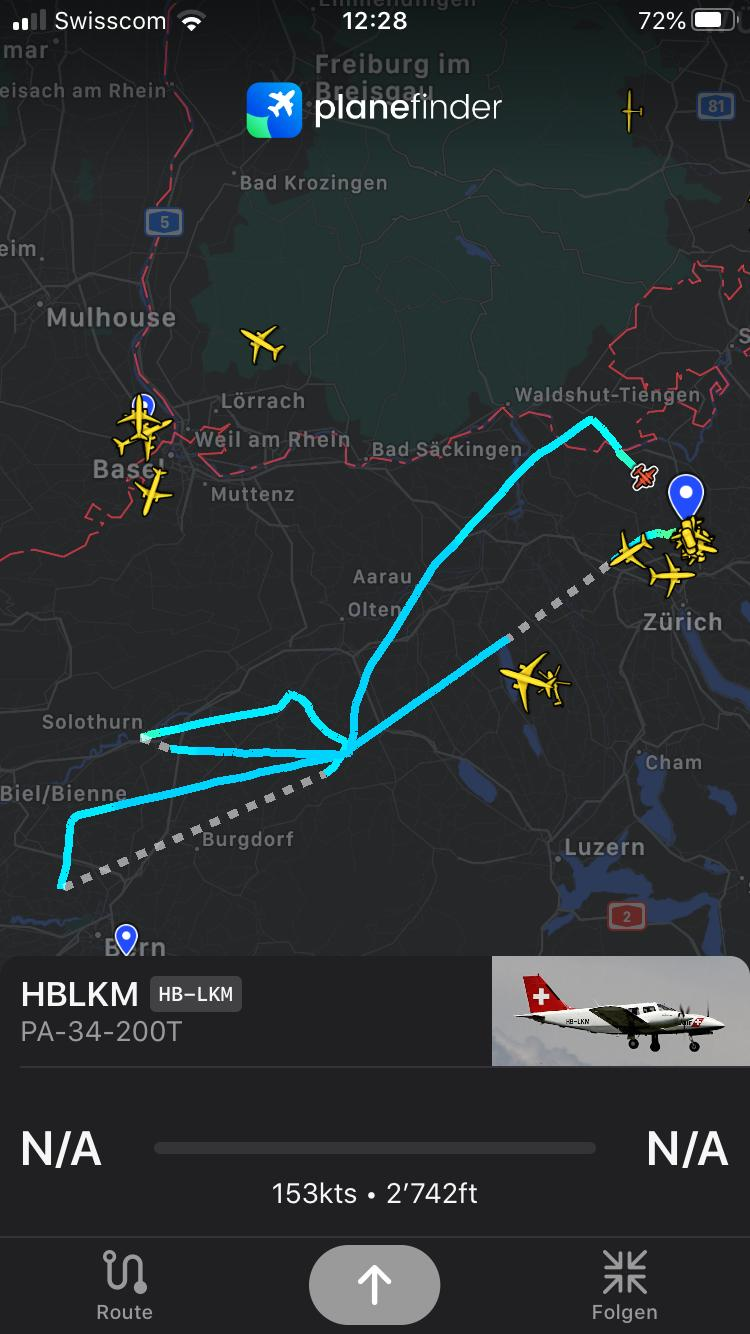 Could we bring a bit more positivism here and use the word “latest” instead of “last”?


Could we bring a bit more positivism here and use the word “latest” instead of “last”?

Well, I can not change the thread title but if someone who can does, it´s ok with me.

In my case it will probably be what I wrote, as we are likely to be grounded for a very long time and thereafter, if there is a thereafter with the mortality rate we shall see here, will have to fight for daily survival rather than fly. but I agree for other people it will be the last before the crisis and life may go on. I do hope so for all of you.

Isn’t that a bit too pessimistic? My latest landing was in a microlight a couple of weeks ago, just preparing for the students to start flying again… My landing(s) a few days before that were in pitch darkness, even one under the hood ILS

NVFR is postponed at least half a year. If things with the Corona go as “planned” now, I would expect flying again within 2-3 weeks rather than 2-3 months. It will take another week before things get more certain though.

Deary Me @Mooney and I thought I could be a bit doom and gloom at times. Look we must all remain extremely positive and look past the armageddon scenarios. My aircraft is currently in for annual so I hope to God when it comes out I can fly the bloody thing.otherwise Mrs Beechbaby is going to be particularly upset with me.

Everything had to change because frankly it was starting to implode in all aspects of society, so a good going pandemic may well level the playing field.

My most recent flight was in my Super Cub before the weather turned very poor. it was a nice day and the wind had calmed down to give me a window for the flight.

None of us currently knows where this will end up so until it is staring us in the face we should try and remain upbeat. It’s not over until the fat lady sings or something like that.

My latest flight was on March 10th, from Tarbes to Poznan. I picked up the plane after 1000h maintenance. Decided to do this at the factory instead of regular service center in Germany because there were some issues that required experienced mechanics. As I picked up the aircraft, they had a display of removed parts waiting. I find that super cool. 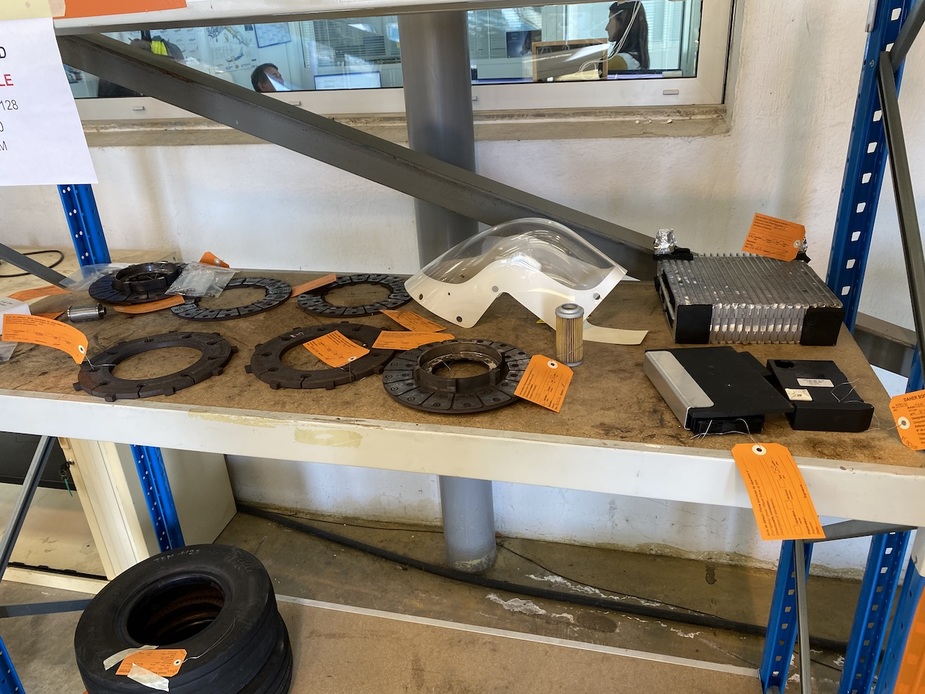 There’s an air conditioning heat exchanger that was leaking, a light cover that cracked (common issue on TBMs due to improper fitting), brake discs and pads, filters, a carbon block, tires and an EUR 1156 plastic cup holder. Main issue for me was alignment of the pilot door, which is now perfect.

The flight home was 3,5 hours. I watched the sun go down and moon rise. Was quite happy as all problems were fixed and plane was properly cleaned (important ;-)
I also recently bought 50% share in the plane from my friend co-owner and that made the flight even more enjoyable. All mine now.

Sun and moon below. 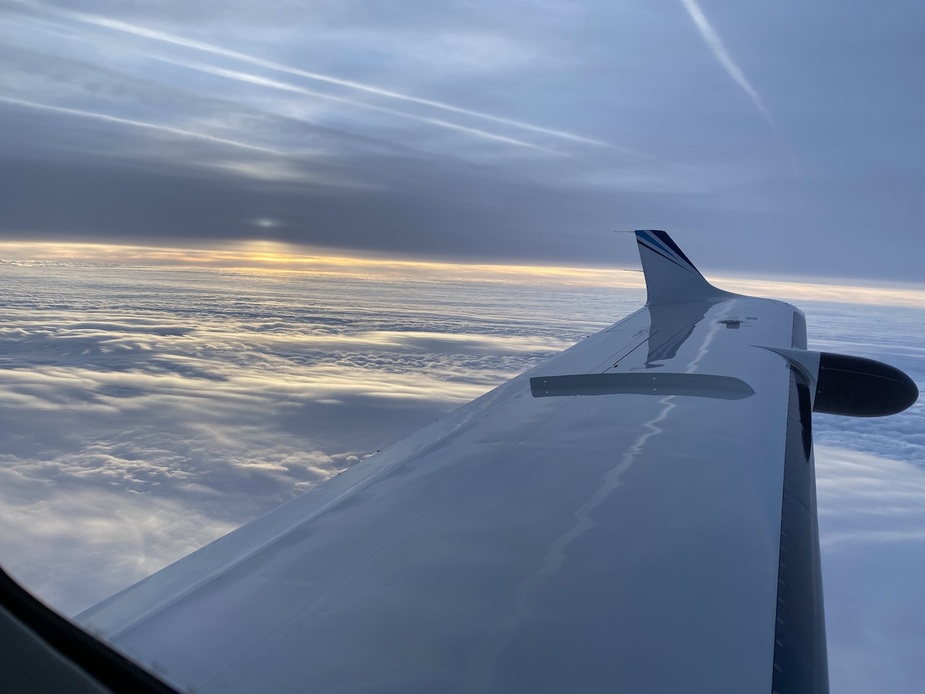 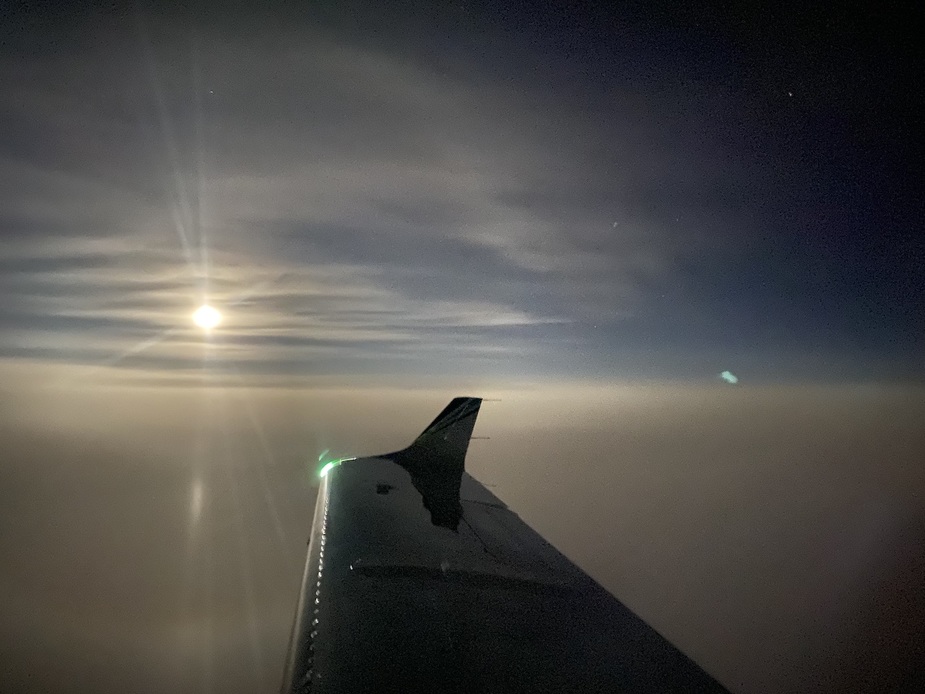 I haven’t flown since then. The German service center called and asked if I could now come for the annual which is due in June. This is because they expect GA to be shut down in Germany soon. I won’t go, because coming back I would have to undergo a strict 2 week quarantine at home. Penalty for leaving home is then EUR 6500. I am at home anyway, but don’t want to be obliged.

I could theoretically do a domestic flight from EPPO now, but don’t want to meet the security personnel. It’s not necessary, so I don’t do it. All smaller fields have NOTAMS about being closed, so my Extra at EPPK is grounded. It’s a shame, because there I could do some aerobatic training without meeting a single person. It’s only the main airports that are still in service. All airline traffic has been shut down. Both domestic and international. Some special LOT flights are still operating, bringing Poles back from holiday destinations.

I flew on Friday and it was most enjoyable, picked up some fuel, dropped in on a friend (at a safe distance of course) then couldn’t resist a beach landing on the way home.

Off_Field
35 Posts
This thread is locked. This means you can't add a response.
Sign in to add your message