I believe use of flaps for these maneuvers is standard practice. 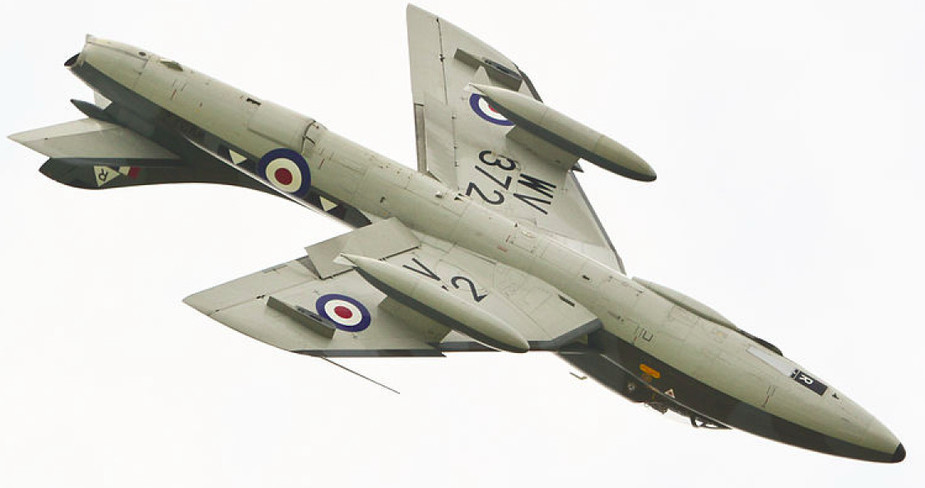 Is it normal for a reverse half Cuban? Also, the Hunter has negatively pitch moment with flaps deployed, and as such as the airspeed increases (in the downwards line), his elevator authority will have decreased.

I was not asking to stop airshows. But they can be done in a way that an airplane out of control will not crash into the crowd, onto houses and on roads/streets.

And that is actually how most airshows are done today.

I think that it’s (one of the few ..) signs of evolution that in many places today we don’t accept high risks anymore. One human life is worth more than a million airshows. Period.


But they can be done in a way that an airplane out of control will not crash into the crowd, onto houses and on roads/streets.

Actually, that is how it is done in Shoreham. The flight line and the visitors were well away from the accident site. Beyond that road that was hit are fields. It was just a case of very bad luck that this airplane hit exactly at the only place where it could do damage.

If you want to exclude air displays at any airport which has a public road in the approach path, well, then we have to say no air displays are possible in 99% of all airports. Which is where we are in Germany already where no real airdisplays are allowed anymore after Ramstein. Oh, and no street parades either after Duisburg.

Why not learn from mistakes and make it better rather than to give up and simply ban everything…. must be an European thing.


I think that it’s (one of the few ..) signs of evolution that in many places today we don’t accept high risks anymore. One human life is worth more than a million airshows. Period.

If we are not willing to consider the possibility that accidents can happen at just about any event where people gather in masses, then we have to stop all such events. NOBODY can guarantee that nothing will happen at the next football match, the next event in a theater, opera house, cinema, car race, not one of them. Did we close all cinemas after the Batman shootings? Did we close all theaters after the ceiling collapse in London? Did we stop having football matches after the horrible events in Brussels? No we did not. But every time something happens at an airshow, people demand ultimate safety, where they don’t demand it anywhere else.

I hold it with Ben Franklin.

Those who would give up essential Liberty, to purchase a little temporary Safety, deserve neither Liberty nor Safety

And if you say that it is a sign of our society that we creep under stones and are willing to surrender basic freedoms because we are scared that things can go wrong at times, our society is headed into one of paralysis and hysteria. And if you look at the state of aviation particularly in Europe, that is exactly where we are heading. Frankly, if the result of any incident or accident is that, that the activity whichever it is is banned or severely restricted, GA will be dead in Europe within our lifetime. And it is quite upsetting to me that quite a few people right out of GA are of the same mindset.

This is not only about one particular accident here. I have all the confidence that the British won’t go crazy over this as would our own regulators, they will see it as what it is: an unfortunate accident. However, when I see that one accident of one totally shagged and mistreated airplane in my country can cause our regulator to throw away the principle of running components “on condition” as it happened here, grounding dozens of perfectly airworthy airplanes, when I see that every tiny incident nowadays can trigger “safety recommendations” which in our countries will most often be transferred directly into binding laws, I shudder to think what this kind of attitude really means for the future. Will our children in 10 or 20 years still be able to ride a bicycle, seeing how many accidents cyclists have every day? Will there be any recreational aviation at all? Or will we all end up in a straight jacket and rubber cell so we can’t hurt ourselfs? That is where that kind of demand for a nanny state will head. And no, i don’t want to be part of that. And if that means that I can be hit by a freak accident any time I leave my house or even in my own bed, then so be it.

To die in the fireball of a crashing jet on a Saturday afternoon is really not what B. Franklin meant when he was talking about “liberty”.

That kind if argument is used by the NRA too. I don’t like it when citations like that are pulled out of context and used wherever they might fit (or seem to fit at first glance).

I hope my kids don’t start telling me about Benjamin Franklin the next time i ask them to wear their bicycle helmets or fasten their seat belts :-)

Fact is: Tragedies like this one will NOT (!) improve the image of airshows and everything possible has to be done to prevent them.

I often walk past the site of the recent explosion in Bkk…. No one going about minding their own business expects to suddenly die today, or any other day for that matter.

Over reacting after an incident like this tragic crash will serve no purpose other than further curtail the freedoms we as pilots currently enjoy and are privileged to have in our life time.

Yes, Eal. I do not think that “over” reacting makes sense. But “we”, as pilots, must be aware of the the image such accidents create in the general public that cannot tell a Cessna from an F-18. And “we” have to do everything possible to prevent such accidents. Or there will be no more airshows (no matter if we think that is right or wrong ..)

I think it may be worthwhile dusting-off details of the Husbands Bosworth glider/photographer interaction of 2005. In that, the BGA took a very good look at how they went about their business and made some significant changes to competition flying. At the time, there was a school of thought that anything less would have resulted in more direct intervention.

This is really horrible…

Unfortunately the obvious solution – doing the display over the sea – is not possible because the beach is not visible from the airport (due to buildings in the way).

And a display on the beach would prevent collecting most of the entrance ticket money, so the charity income would be negligible.

Mark_1 – didn’t see that photo when I posted it. Looking at other displays, it is indeed normal to have the flaps down.

IO390
375 Posts
This thread is locked. This means you can't add a response.
Sign in to add your message