VFR in IMC - how common around Europe?

This question comes up from time to time...

In the UK it seems definitely common - probably a product of

But it is also obvious (from radio talk, and TCAS) that there is very little traffic flying in IMC, and VMC-on-top traffic density is definitely very obviously very low, but all that is relative to UK's sometimes manic below-cloud traffic density on nice weather days.

The UK also has some members of the > 2000kg piston twin community who openly speak of flying VFR in IMC regularly. The financial incentive to do this must exist all over Europe, but in the UK you can just call up an airport which has an IAP and you can ask to fly it to the runway, with no questions asked about your previous flight rules, because nobody cares what you do in Class G. This avoids the Eurocontrol invoice.

How about the rest of Europe - particularly Germany and France, which are the two other large GA communities? These suffer from the lack of an easily obtainable legal IMC qualification.

Engelsbach (Frankfurt) seems to be well familiar with "IVFR" operations

but most of the wreckage was flown by pilots who had IRs, surely?

Engelsbach (Frankfurt) seems to be well familiar with "IVFR" operations but most of the wreckage was flown by pilots who had IRs, surely?

Over the years I personally knew four pilots who perished (together with copilots and passengers) during "YFR" flights. Two were instrument rated and had flown their selfmade instrument approach (both of them into their homebase) numerous times. Until they got it wrong. Of the other two, one lost control inside a thunderstorm over the alps and the other probably due to icing. Both of them would probably still be alive (together with 5 innocent passengers) if they had at least attended the theory lessons of the instrument rating.

what next
EDDS - Stuttgart
achimha
03 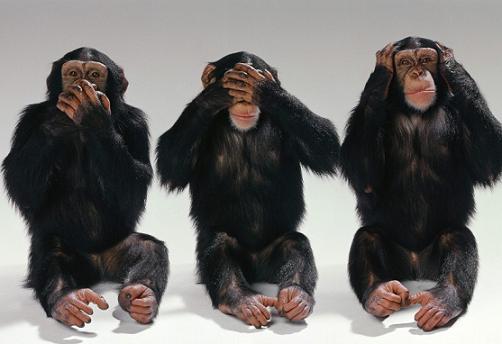 The dirty little secret of GA. And IFR = I Follow Roads...

DIY approaches (descents to land, without a published IAP) being legal in a G-reg plane

Is this not legal in the UK on an N reg plane, but operating with a JAA licence?

Is this not legal in the UK on an N reg plane, but operating with a JAA licence?

Secondly, FAR 91.175 bans landing under IFR except on a published IAP.

How on Earth can you fly VFR in IMC? Apart fro being illegal, if you can't see you can't do anything visually! Rule 20

20 (1) Subject to paragraph (2) an aircraft shall always be flown in accordance with the Visual Flight Rules or the Instrument Flight Rules.

Therefore, if you are below the VFR minima (IMC) then you can only fly IFR!

How on Earth can you fly VFR in IMC? Apart fro being illegal, if you can't see you can't do anything visually! Rule 20

The sarky answer is - aerodynamics has nothing to do with flight rules or visibility.

More practically, the only difference in 'flight rules' the UK impose for being I rather than V is the minimum height, and then only if you can't see the ground. So there is no rule that makes an IFR flight navigate better or separate from traffic better than a VFR flight in IMC (in class G airspace). Effectively the rules are the same once you are 1000 feet above terrain. It is of course totally illegal to operate VFR (which in the UK, with the MSA exception, is indistinguishable from IFR) in IMC, but it is completely legal to operate IFR in IMC - despite the non-existent difference in rules.

Separately, Peter's 91.175 point is reasonably logical, but to my knowledge untested. I think it is somewhat complex in determining how 91.175 applies to the UK's unique approach to IFR operations. A literal reading of 91.175 can not be correct as it mandates the approach is prescribed in part 97 (which is of course not going to be true for any non-US airport as its scope is limited to the US and it is based on TERPS). So the question really is, how much of the UK's very different approach to IFR would the FAA agree is reasonable use. As DIY approaches are on the edge of allowable in the UK, it MAY be reasonable to assume the FAA would view them as not in compliance with 91.175 as applied in the context of 91.703, and UK law. On the otherhand, the FAA has accepted some pretty big variances from the FARs that were still in compliance with local law (I seem to recall a lack of seatbelts required by the FAA but not by the Italians was viewed by the FAA chief counsel as reasonable compliance with local Italian law).

Separately, Peter's 91.175 point is reasonably logical, but to my knowledge untested. I think it is somewhat complex in determining how 91.175 applies to the UK's unique approach to IFR operations.

I tend to agree with that too.

One could same the same about the whole business of "flight into known icing", which more or less implicitly maps the US icing regs onto US weather services, but US weather services don't cover Europe (except tafs and metars, but those for Europe are generated in Europe anyway).

The chance of criminal enforcement of any of these FAA regs, in Europe, is practically zero. So (and this is probably true for the anti-N-reg EASA FCL provisions

too) it comes down to how lucky you feel about your insurance.

IMHO, if you do a "Graham Hill" with a bunch of passengers, the insurer may well look into it.

How on Earth can you fly VFR in IMC? Apart from being illegal...

I didn't say it is legal

applies to the UK's unique approach to IFR operations I don't find it that special, except for the semicircular rule. Outside controlled airspace it is the pilot who decides to fly VFR or IFR and you can change that as often as you like. It is a different game in lets say Germany. There is no IFR in class G and hence no flight in IMC in class G. ;-) I know a VFR airfield where you see a plane depart into low cloud base, below MSA at specific times every week, flown by ATPs.

I find the DIY approaches rather odd, but this is done in Germany as well (Illegal). I don't have the capability to do a proper obstacle assessment and see the crane that got erected yesterday. There is no guarantee that my approach is clear.

I know a VFR airfield where you see a plane depart into low cloud base, below MSA at specific times every week, flown by ATPs.

What suprises me is that Germans do this at all, especially the high profile bizjet flights, given that (reportedly) the only countries where pilots have been done for departing into IMC conditions were the USA and Germany.

In the USA, from memory, they got done for flying in IMC in Class G without an IFR flight plan. They could not do them for IMC in Class G alone because no ATC unit is capable of issuing any clearance for Class G, so it's hard to say somebody is illegal flying IMC in Class G on a "VFR" flight because he could just claim he changed to IFR by himself (which is formally legal in the UK). I guess the US cases were allegedly entering IMC below the 1200ft Class E base.

I suppose, in most cases, you would first fly below the cloud until out of sight of the airport i.e. a few miles. But you can't do that if departing into something like OVC002.

see the crane that got erected yesterday

You would have to be doing a CAT3 DIY IAP for a crane to matter, unless it is something massive... There will also be a high chance of hitting it under legal VFR, which nowadays is 1500m, which is basically "fishbowl" conditions. I have gone into Shoreham in 1500m conditions and one can only just see the start of the runway at the MAP.

Normal DIY approaches are done to something like 500-700ft AGL. Obviously if you set the MDA at 1000ft then it isn't an IAP really. It is just a descent to the MSA, followed by a VFR landing

Very few people seem to kill themselves in the UK doing this. The IMC Rating has proved to be highly safe. The ones that have crashes tended to do stupid things like not design a missed approach procedure and then go missed... but many more people kill themselves just doing enroute CFITs etc.

Z-flight plans and getting out of trouble
PA46 Malibu N264DB missing in the English Channel
Another Alpine crash - near LOWZ, SR22 D-EPRB
Taking my MU2 to Europe (Mode S EHS etc)