Not a joke per se but some of the best aviation humour I am aware of. My regret is that I never met David Gunson.

Seconded… his CD is the best. Years ago, I worked with a guy who had worked alongside him at West Drayton, and the stories about his daily humour were brilliant. I never met David Gunson himself, but I wish I had!

How does a pilot change a light bulb?
- Simply holds it up and the world revolves around him

What’s the difference between God and a pilot?
- God knows that he (or she

Airline Names:
ALITALIA – Aircraft Lands In Turkey And Luggage In Australia
LUFTHANSA – Let Us F%&§ The Hostesses And Not Say Anything
BEA – Britain’s Excuse for an Airline
BOAC – Better On A Camel
TWA – Try Walking Across 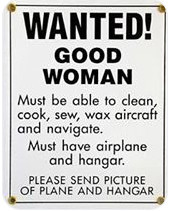 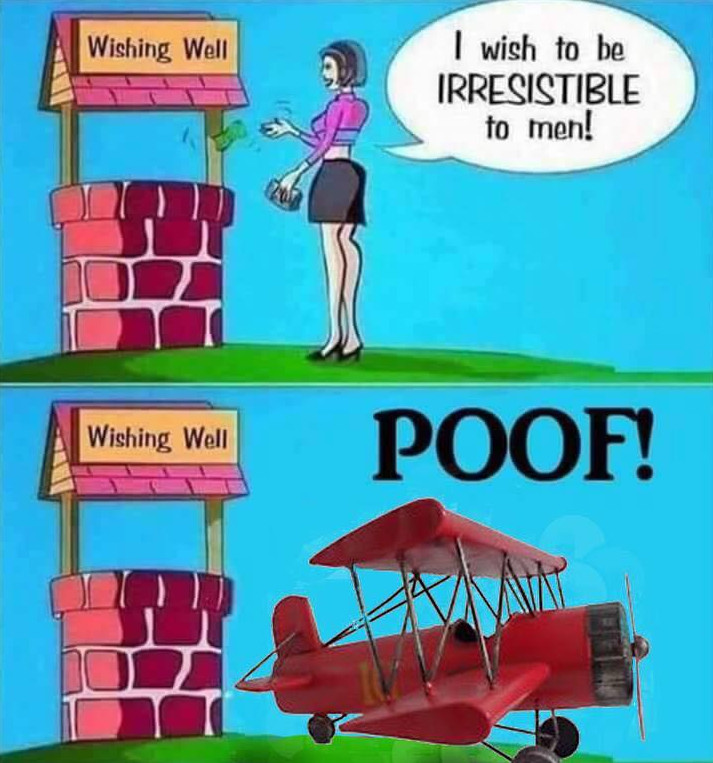 In English: All Swedish

A loong time ago, a DC4 on a trip with soccer fans. In the middle of cruise, the flight crew notice a disturbance in the cabin which keeps the plane pitching up and down at an increasingly alarming rate. The PIC finally calls the FA to find out what is happening.

“Oh, not much”, sais the seasoned hostie,who by the looks of her at one stage in her life retired from Yorkshire Airlines. “They just started to play a friendly soccer match and therefore are running forth and back all the time.”

The Flight crew tell her in no unclear terms to stop this, as it is quite dangerous moving the CG all the time. She leaves and a few minutes later, the plane settles quietly in cruise again.

Hours later, the FA comes back to the cockpit. The PIC asks, what she had done to calm them down?

Answers the hostie: “Oh, I told them to go play outside somewhere over France. They are not back yet!”

Riley is over the Atlantic coming home from Boston, when the pilot says;

I have to tell you we have had to shut down an engine, it is not at all serious, but we will be half an hour late into Dublin.

Riley says to his mate, that is a shame, I have me Auntie Molly meeting me, I dont want to keep her waiting.

The pilot is back on the PA a little later – I have to tell you that we have had to shut down another engine – but dont worry it is on the other wing, and has balanced things up nicely, but I am afraid we are going to be an hour late now.

Riley says to his mate, that’s a real shame, Aunty Molly is a worrier, and she will be wondering where I am.

A while later, the PA crackles into life again. I am afraid to tell you this time we have lost the third engine. We are ok, but we will now be two hours late.

Riley, with some indignation this time -

I dont know what Aunty Molly is going to do if they have to shut down the last engine, cse we will be up here all day, and she has got to get back for the cats.

LIAT – Late to all terminals

LIAT – Luggage in another terminal

Ebbie2003
Barbados
139 Posts
This thread is locked. This means you can't add a response.
Sign in to add your message