that‘s the cylinder that got pulled due to the burnt valve. I wonder how this chaffing can occur. Could it be that a piston ring got so mucked up that it didn‘t move anymore and started abrasing the cylinder wall?
Could this also be the reason for the burnt valve?

ok, that sounds better then. I would have been astonished if they had, knowing them.

Hopefully they will find out what the matter is. I recently had start up trouble which eventually took over 6 months to fully diagnose and fix. Not MFGZ though.

I´d be interested to see the piston. Usually the trouble starts with piston seizure and aluminium gets smeared over the piston rings which get stuck in their grooves consequently. All that drama starts with overheating or oil starvation mostly. 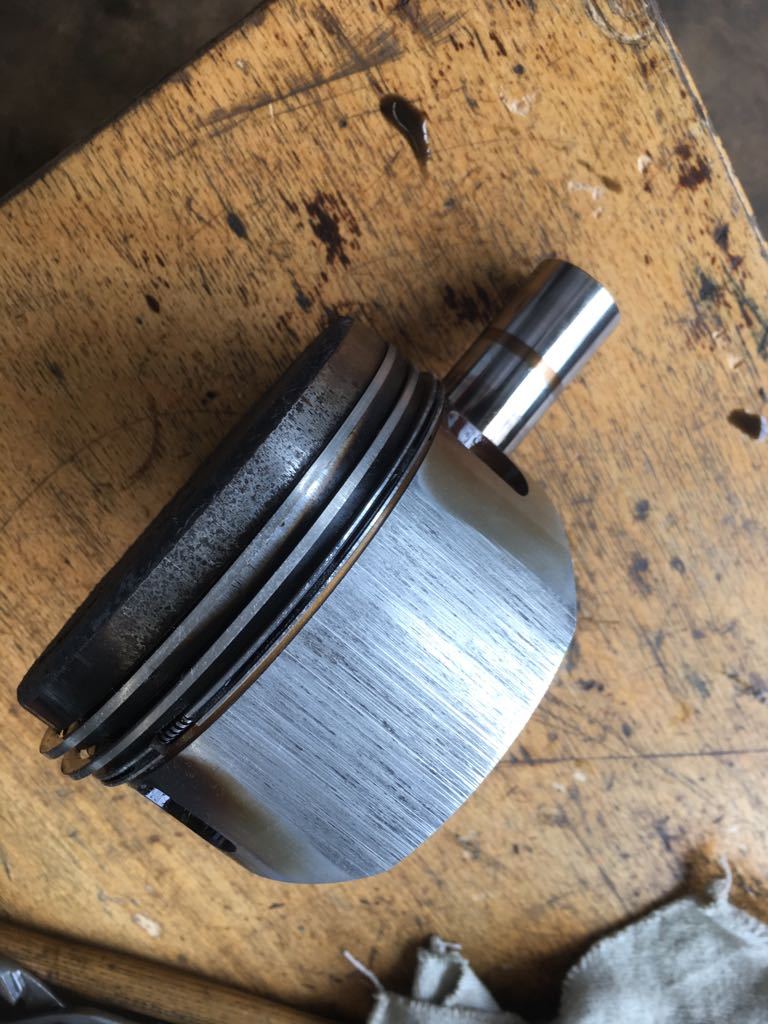 placido
LSZH
vic
26
Well, the rings don´t seem to have stuck, so I guess it was just a piston seizure. Big question: What was the cause, oil starvation or poor cooling on this cylinder so the piston expanded till seizure , baffle related ? Vic

How is the cylinder wall lubricated?

Peter
Administrator
Shoreham EGKA, United Kingdom
vic
28
Typically mainly from the conrod big end. So to make you a bit nervous: Shifted plain bearing shells in that conrod may not be positive for lubrication of the cylinder. But then you´d get real troubles elsewhere pretty soon. Vic

You mean the conrod has a hole in the big end from which an oil spray lubes the cylinder wall?

That could be due to shifted bearing shells, or a blocked oil gallery hole in the crankshaft.

I did know the bit about shells slipping – a fairly common thing apparently. However, would a cylinder change trigger a slippage of the shells? You would not loosen the conrod bolts when doing that.

Peter
Administrator
Shoreham EGKA, United Kingdom
vic
30
No, there is no real hole in the conrod, the shells have some gap like main bearing shells, around 0.05 mm minimum, so oil gets flung out at both sides of the shells. That is all it takes for cylinder lubrication. The cylinder in the photo was pulled when there was some trouble with a valve and the seizure was detected at that time, so no, the conrod was not taken out for that job. The seizure was older – but then , I have no experience with American engines so far, just drawing my conclusions from elsewhere. I´d have a word with the maint. company what they think about that piston trouble. Vic

They still couldn‘t find the issue with the high egt. They think it could be related to the camshaft. Does this make sense?

placido
LSZH
130 Posts
This thread is locked. This means you can't add a response.
Sign in to add your message