Forum → I Learned About Flying From That


It’s not that I value authenticity over reliability, but often I’m not convinced that newer parts for old cars are particularly well made

That’s true for newer aircraft parts too – Slick mags versus Bendix being another good example, and new mechanical instruments like tachometers being a complete disaster. What I tend to do (FWIW) is not worry about it too much for parts that I’ll be throwing away anyway after a while: the practical way to ensure reliability of a fuel system or mags is to replace components every 5-10 years or so. Despite being relatively poorly made in 2017, and typically impossible to overhaul, they last long enough. For other more permanent stuff like tailwheel assemblies, I’ve instead overhauled the old unit at considerable expense: an overhauled but no longer available new Scott 2000 is worlds better than a new Maule tailwheel and won’t be later thrown away as part of normal maintenance.


I suspect the time will come when every aircraft needs an electrical system… At which point an electric pump would become a worthwhile addition.

This is what we have been doing the last week ends: 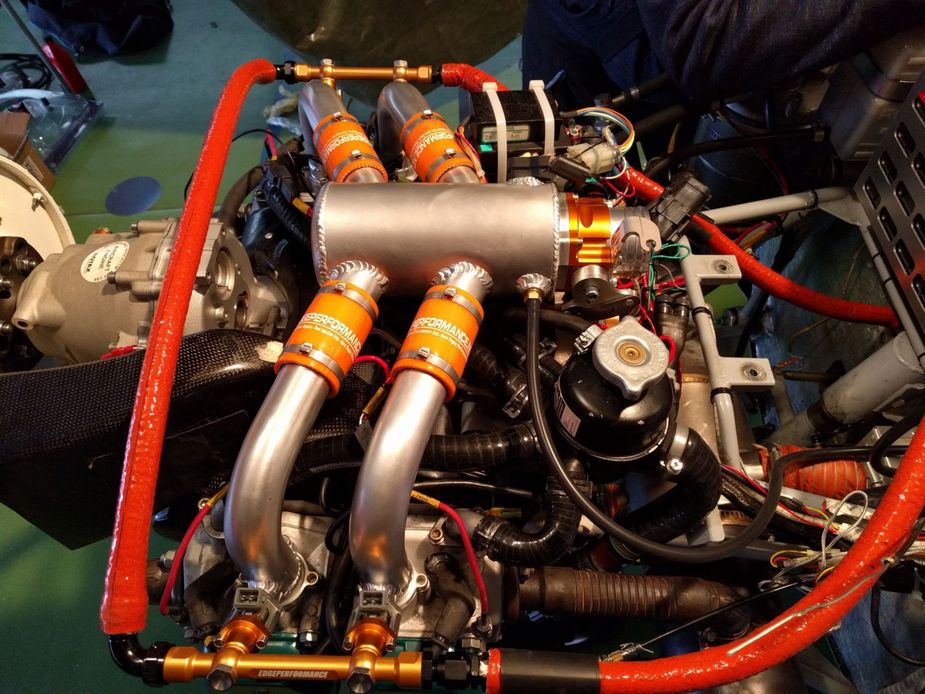 Mounting EFI on the tow plane (Rotax 912 with “big bore”). A much bigger job than anyone suspected, but it looks real cool, and a very nice kit. I’m sure the engine will run much better than the default setup with two carbs, and will be easy to start, but more reliable? I’m not so sure actually. There is the usual twin pump setup, but if the battery runs down, the engine stops. I don’t think it will be worse than before, but it won’t be better either (but it could be with some simple addition).

Personally I would have changed the electrical system also. Put in some galvanic isolation and backup battery for the ECU and pump, so it would be isolated from all the other stuff and could run even if the main battery or the backup battery should run flat. Maybe also a secondary ECU for backup, but I’m not really sure if the added redundancy of that really makes up for the added complexity. I would have replaced the default Rotax voltage regulator also.

With these, and similar things, it’s always nice to remember Einstein’s famous quote: “Make things as simple as possible, but not simpler”, although I doubt Einstein had fuel systems in mind when making that quote

LeSving
ENVA ENOP ENMO, Norway
22 Posts
This thread is locked. This means you can't add a response.
Sign in to add your message