This happened several years ago and it is only now I managed to get consent from the former owners of the aircraft (a PA28R Arrow) to publish it. It is possible that the aircraft no longer exists.

The engine started making metal and this is what they found 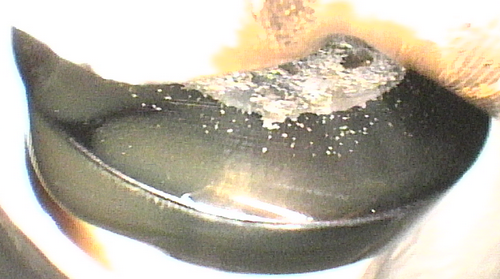 By the time it was discovered one cam lobe lost 4mm!

I did have other photos emailed to me but they got deleted. But you can imagine was a “minus 4mm” camshaft would look like!

They got a lab to analyse the metal. The context here is that Lycoming are often accused of using substandard metal.

Here are the two charts for the hardness test results:

The standard used was the ‘Vickers Method’. There are many different world standards, but they can be converted to each other. These were done to the Vickers Method at 10kg for 13 seconds – The Vickers Method uses a pointed diamond ‘indenter’. The resultant indentations on the components are very difficult to see with the naked eye.

The metallurgist at the lab was very surprised just how hard these surfaces were. Figures up in the 700HV (Vickers Hardness) are very hard.

The small variations in this context are insignificant.

Therefore, the best guess for the problem was ‘lubrication’, or lack of. Yet another case, apparently, of a plane whose history (a potential hangar queen, or better still living outdoors without being flown) could not be fully established.

Lycoming replaced the components as a gesture even though they were out of warranty.

I wonder if the new roller cams have yet proven to resist disuse better than the old design. Too bad lycoming only offers them on factory rebuilt engines

I have this from Barrett Precision in Oklahoma:

We can and do build the roller tappet engines. It’s a decent enough upgrade with one major down side. At ANY access the roller tappets are mandatory replacement items and they are over $500 each. It also does require a different crankcase. If you think about the mandatory replacement criteria; if that were applied to the flat tappet engines, I wonder how many cam/tappet failures could also be avoided.

Also, Lycoming has introduced a diamond compound coated flat tappet. In appearance, it mimics the original flat tappet like your engine has now, and runs in the same crankcase, on the same camshaft. The early reports from the field are very satisfactory. Currently, those tappets are only available new from Lycoming. But the component repair facility we work closely with is very near having FAA approval to recondition them, including the diamond coating. This is the preferred tappet set up in my opinion. It could be incorporated into your engine in the event of a major repair event (which we pray is many years from now).

So if you wanted to pay for new crankcases you could have these diamond faced tappets which seems to be just as good.

It would be interesting to understand whether the Lycoming ‘diamond compound coated’ lifters have anything in common with the automotive style ‘diamond like coating (DLC)’ which has caused problems in several engine designs. The DLC failure mode is that the material breaks off the base metal of the flat lifter after enough cam lobe impacts and then, being incredibly hard material it destroys the bearings if it gets to them through the oil system.

This is a photo of failed DLC coating on a motorcycle engine tappet built up to around 2012. After that the design was changed to (you guessed it) roller tappets. I notice the dark coating and failure on these tappets looks similar to the coating and failure on the Lycoming tappets in Post 01… leading me to ask the obvious. DLC tappets are black, uncoated tappets are typically silver-grey, the color of ground steel. 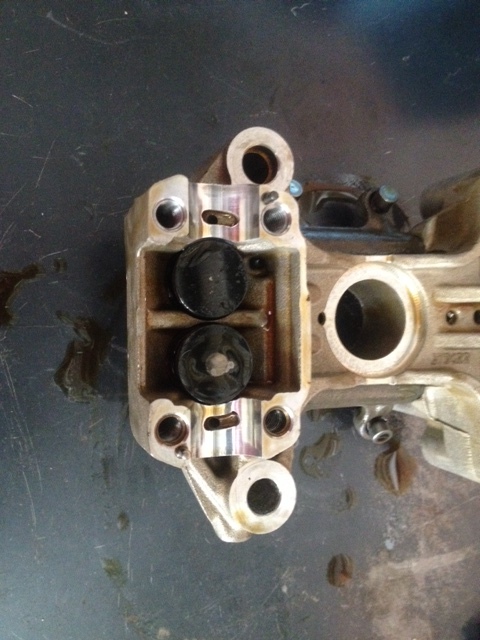 Didn’t @aidanf123 go for the diamond coated (DLC) tappets in his IO-360 rebuild and so far was very happy with how it turned out?

FWIW (it’s only one design and data point) DLC coated tappet failures on the motorcycle engines were expected after some thousands of kilometers, before 30,000 kilometers.

The Lycoming tappet failure in the OP looks very familiar to my eyes, appearing to be black material flaking off a silver substrate.

Silvaire
USA
6 Posts
This thread is locked. This means you can't add a response.
Sign in to add your message