Reposted from other forum.

Well, it was time for some baptism by fire for my new steed the Aerostar. Don't mess around with shorter trips, I. Our first coast to coast cross country was going to be 2150nm. VFR.

I had done my homework on where to park in NY, as I was going to be there for over a week for work. I first tried Teterboro, which is the closest airport to Manhattan of the GA airports. It's also where the glitterati and beautiful people fly into NY on their jets, so the prices are accordingly. I had a cardiac arrest when they quoted me $100/night for ramp parking! I called around some other FBO's at the nearby airport - Linden, White Plains, Monmouth etc. All horrendously priced. Finally Air Bound Aviation at Essex County/Caldwell welcomed me with $28/night parking. I had no problem with that - that's almost as cheap as out here on the west coast. Taxi ride into Manhattan would be a bit more, but hey, I was a miles ahead of paying $100/night. I could have rode a stretch limo back and forth and still come out way ahead. 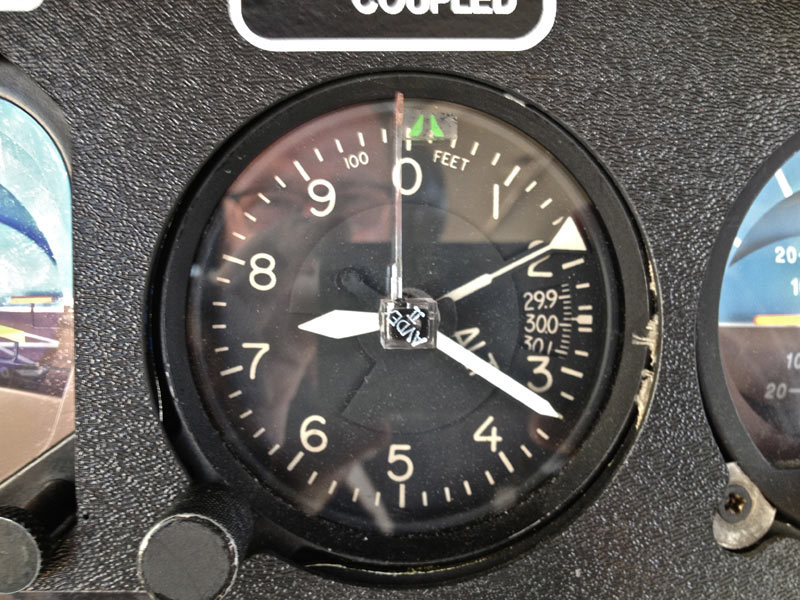 An ordeal to get up to 17.5K ft with old motors, but we managed in the end.

Departed LA early. These old over TBO motors and turbos lose steam up high, but with some patience we managed to get to 17500ft. I have to say that I love the pressurisation feature perhaps more than anything else. It's nice and cool up there, smooth and it's great to surf above the clouds. Cabin was around 6000ft at 17.5Kft, which is rather comfortable. There is a 5.5psi upgrade which will raise the ceiling from 25000ft to 28000ft and will keep a lower cabin in the FL's. It's not overly expensive to do the upgrade, but certainly not cheap. Maybe one day, eh? 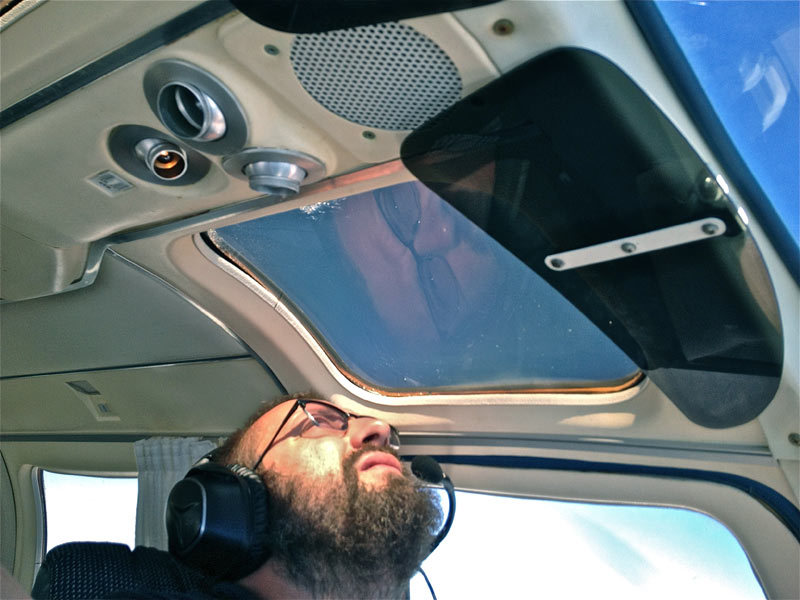 Yep. Looks like clear skies above, too bad it's sh*t below.

Over the Rockies the clouds rolled in right on cue. Another benefit of flying high - I was glad I was on top of it all and not down there trying to fight my way through it like I'd had to do with the Commander. My Nexrad updates on the 430 (it came that way and magically works - I wonder how long the old owner paid for the subscription?...) were showing TX all around me. Many of the tops were going up to 25-30K ft and I had to zig zag around them. Managed to circumvent the worst bits and landed Pueblo, Colorado and refuelled. 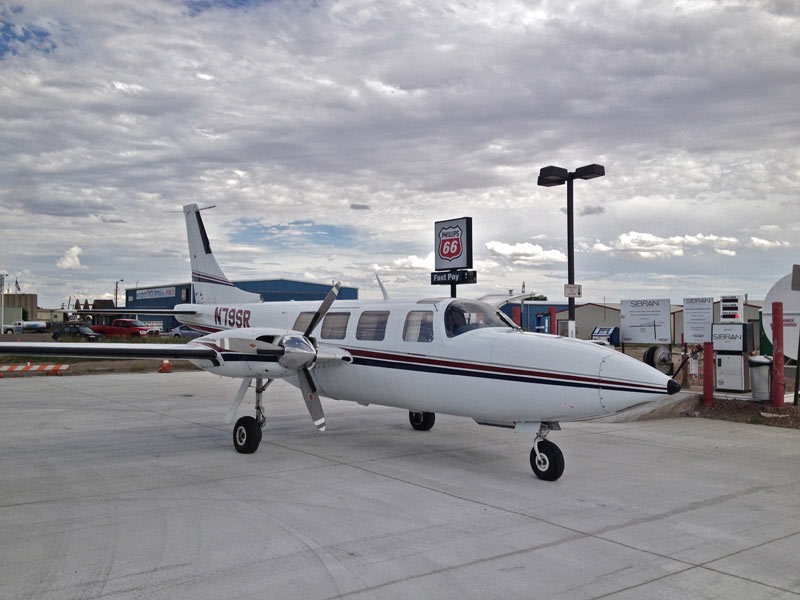 Refuelling. I have to say, she's pretty frugal for a twin. That slim cross section does wonders for both speed and economy. Not so much for elbow room.

After that it's a straight shot East. Unfortunately going that way you lose 3 hours of daylight, so it's hard to make that journey in one day without flying at night. Which I don't mind doing over the flatlands of the midwest, but not when there are thunderstorms around. Plus, after high altitude flying, even in a pressurised cabin, you get extra tired and it's hard to fly much longer than 6hrs in a day without being knackered. It was time to think about a place to rest my weary head. Peoria, Illinois looked ideal. I'd arrive just after nightfall. 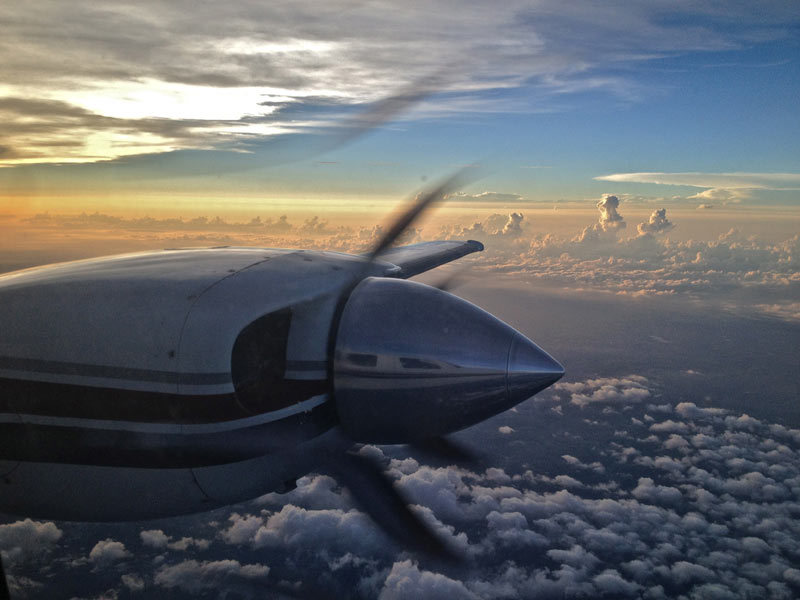 As I continued East, the sunset and remnants of thunderstorms made for a stunning scenery. But the wx was going to spring a last surprise on me.

As the sun set on my tail, I caught some good tailwinds. I was averaging 210-215kts groundspeed at 15.5K ft. About 30 mins later it was time to start descending into Peoria and now darkness was all around me. The cabin was getting freezing cold and like a California resident numbnut I'd forgotten to bring any jackets with me, thinking it's hot like that everywhere, right? As I get closer to Peoria another thunderstorm waltzes in right over town from nowhere and decides to sit there like a big wet blanket. I get under it, but in the dark I'm in and out of wispy, thin clouds and rain at 2500ft. Not very fun after almost 6hrs of flying. I see the rwy too late in the reduced visibility and make a terrible rushed approach, but we make it down. 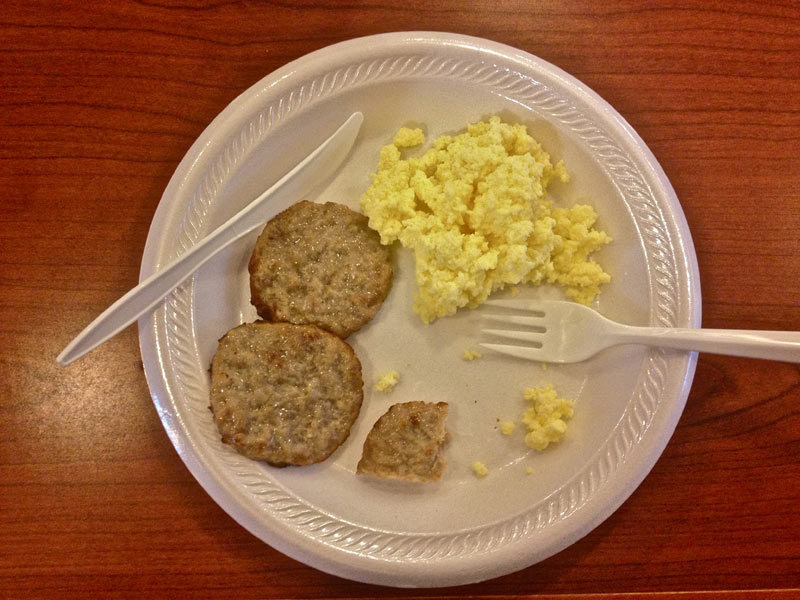 Next mornings breakfast is of utmost quality. I will recommend this establishment to all and sundry. Well worth a 6hr flight just to taste these heavenly powdered eggs..

Next morning I take off and pass some broken clouds at around 10.000ft on my way up to 15.500ft. Catch a screaming tailwind almost immediately and it stays. Unfortunately, after about 3hrs there are no more gaps in the cloud layer below me, and I realise I have to make a stop at an airport and wait for better wx or else I risk getting trapped above. I find a wormhole and tell ATC I'll need to do a circling descent from 15.5K ft to get under it. The Adirondack mountains are below the cloud layer, so there isn't tons of room for mistakes once one commits. As I get closer the hole I see that I can get under safely and I thank the controller for his help and dive under it. In rain I land at nearest airport, which turns out to be Williamsport Regional, KIPT, and go for lunch. 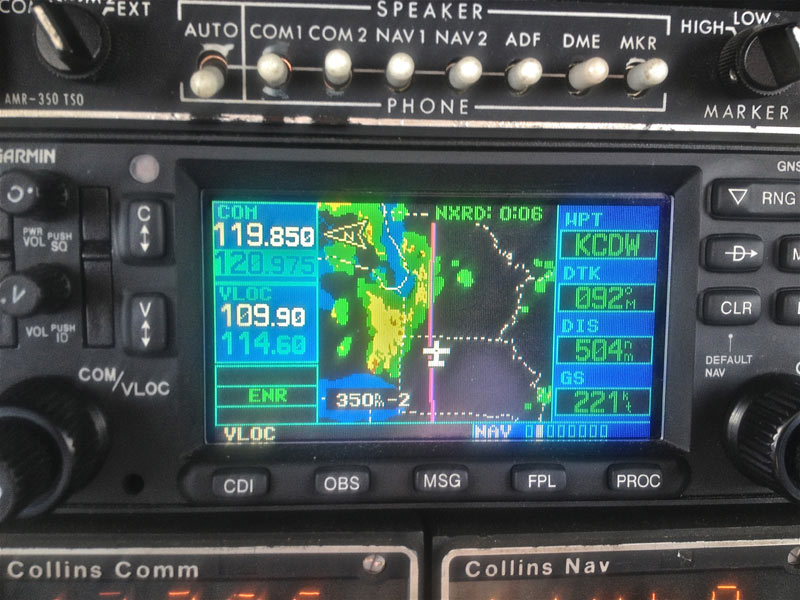 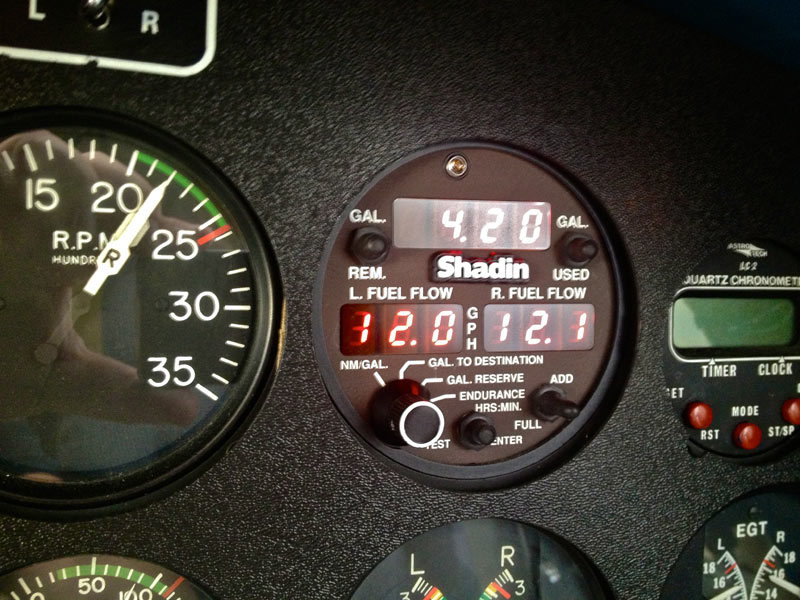 I weather brief incessantly after lunch. So close to NY, would really be a bummer to have to give up now. WX over NY area not great, but according to satellite images there are holes. I fill up with some gas and like divine intervention, a blue hole opens up in the clouds right above the airport. I jump in and go for it. I ask for a box climb and pop over the cloud layer at about 10000ft. As I truck eastward, it's becoming increasingly clear that there are no holes to be had over the NY area. ATC is getting busier and busier the closer I get and still no breaks in the layer. Thankfully I have over 4hrs of fuel, so I feel confident I can search for a portal for just a little bit longer. By now I've almost flown past my destination airport. The busy Newark controller sounds like a no-nonsense Sopranos cliche when he questions me:

NY Approach: What are you're intentions there, N79SR? Me: Well, I'm looking for a break in the clouds and I'll stay clear of your Bravo into Newark here. NY Approach: OK...I'm showing overcast and low ceilings all over my airports. Let me see if I can find you a VFR airport to the south. Me: Thanks. NY Approach: It ain't looking too good, 9SR. Are you IFR capable? Me: Plane is, I'm not. NY Approach: Well, I wouldn't go too much further to the East then, it gets worse over there. I'd suggest turning around and trying back again at Williamsport.

Just as he said that I saw something dark in the clouds just to my 10 o'clock. Was it just a particularly heavy rain cloud or an opening? It's an opening - and it's just big enough to squeeze an Aerostar through!

Next controller is also very helpful and gets me away from traffic. As I pop down through the hole, I'm only 20miles off from my destination airport and the last bit in light rain is pretty painless and quick.

We made it. 11hrs of flying in total, 2 days. And for the next 5 days in NY it pi**ed down with rain pretty much every day. It only broke up into clear skies just in time for my return flight. But that's another story.

Return trip is pretty uneventful, and forecast VFR. Except at first fuel stop I see hydraulic fluid pooling under the left gear. Doesn't take long to realise it's a leaking O-ring on the main gear actuator. I consult the gurus and decide it's safe to carry on to next stop where I was going to exchange my old props for newly overhauled ones anyway. Top up with 5606 and off we go. Gear comes out fine and there's plenty of fluid left in reservoir upon landing. We swap the props and change the O-rings and a day later I'm on my way again. I encounter some pretty terrible wx over the rockies, but nothing impenetrable.

Great trip and a great way to get to know the new plane better. Also, an economical way to travel, as far as twins go. I love my Aerostar.

I like reading your reports Adam, and the detail you have put into them, and reading about the good and bad aspects of running such a machine. The flying you do looks fantastic. Do you always fly VFR? I figured with that kind of IFR capable plane, and easier access to an FAA IR, it would be a big advantage.

Thanks. I'm still not IR-rated. I've attempted many times to finish the rating, but things always get in the way. When I get her back from her engine overhauls, I will try to finish it off as an intensive 10-day thing. That will really unlock the aircraft's potential.

I too enjoy your write ups by living your aircaft experience through your eyes Adam. It sounds like you have and will for many years continue your love affair with a fantastic machine.

We share that in common, and I hope you continue to enjoy the same sense of accomplishment and joy I get when I fly my aircraft.

Obtaining the IR will open up the possibilities immensely, and increase your despatch rate dramatically. Go for it!

Congratulations on a great trip in your new bullet :-) I can imagine its no small thing to launch across a continent in a new-to-you complex machine, and a great feeling to have done it. Best of luck for many more such flights to come.

Thank you Eal. I certainly intend to!

Silvaire – yes, I run them at pretty low rpm just to save them. It’s a habit I picked up in the Commander with the geared engines, where there was a 5 minute max power limit. It became a habit to reduce them as quickly as possible. On the new engines I intend to do the same, as I imagine perhaps falsely, that they’ll last longer.

Nice report. Thanks for posting it.

Now we just need the European equivalent. Biggin to Calais at 1500ft.

Adam, the Aerostar is a nice plane. They had one at the local maintenance shop recently where I had a detailed look.
I never flew in the US but the level of service you got there was great. German ATC is also helpfull but I am not sure they would have stayed that relaxed having a VFR pilot on top of a solid cloud layer.

“German ATC is also helpfull but I am not sure they would have stayed that relaxed having a VFR pilot on top of a solid cloud layer.” Yes they are relaxed with a VFR flight on top, so long you stay VMC!

Cheshunt
EDAZ
34 Posts
This thread is locked. This means you can't add a response.
Sign in to add your message

Any tips for a flight school in NY area
Your greatest trip of 2013?
Corona / Covid-19 Virus - General Discussion
What do you expect from a modern aircraft?