Then a link would help….

They may have done badly on a particular job (who hasn’t) but they are clearly not “totally incompetent” or they wouldn’t have so many completely satisfied customers.

I’ve looked up that old thread and it apparently was one reportedly bad job, about which we know only from one side.

For me that’s badmouthing, nothing more, not helpful.

apparently was one reportedly bad job

You can find more – here and here.

For me that’s badmouthing

This is always a tricky one. Any negative feedback can always be thus labelled by someone who likes a given company, works there, etc.

With negative feedback you indeed usually only get one side – usually because the said company hopes that if it lies low, the whole matter will blow over and be forgotten. And bad jobs do happen…

Negative feedback is also very rare, because it gets published only when the former customer has absolutely nothing to lose any more, or is sufficiently independent in his maintenance situation to not have to worry about it. This is a powerful reason to argue that negative feedback can be valuable – if the case is written up in detail.

With positive feedback you get the “good” side but have to bear in mind that most people will not report issues – for various reasons e.g.

So while positive feedback is valuable, it must too be taken with a lot of caution. I don’t really think positive is more valuable than negative or vice versa. You have to make a judgement on the evidence as written, and on the attitude of the company to putting it right.

I have never done business with Straubing but merely had some unsatisfactory (inconclusive, disinterested) emails with them over the years. But then I was doing it in English back then (nowadays I would google translate).

Unfortunately, in Europe, for most companies, if you ask around, you can dig up as much bad stuff as good stuff. It is just the way the business is… A lot of it is due to poor project management / poor communications / illiteracy on one side, the other side, or both sides, and often the customer is expecting something he is simply not going to get but thinks he should because he is paying €xx,xxx. If you give someone a GPS+autopilot installation which doesn’t do LPV, it may not be discovered for years, if ever, but that may have been correctly quoted for and not spotted by the customer. Hence my earlier comment about visiting the shop partway is important, to catch these things early, and this is just not going to happen if you have to spend 3 days travelling there and back.

But you also need to be clued-up about what you want done. If e.g. you don’t specify LPV and the quote doesn’t mention it, you can’t expect it, even though you paid way over the top for a really basic installation… Whose fault is that? You could argue that both ways. How dumb is the customer expected to be, reasonably? No easy answers! And a lot of this happens.


A lot of it is due to poor project management / poor communications / illiteracy on one side, the other side, or both sides, and often the customer is expecting something he is simply not going to get but thinks he should because he is paying €xx,xxx.

Before my club ordered a GTN650 upgrade on an aircraft, I read the STC IM very carefully to figure out what connections with existing avionics would be needed to get the functionality we wanted. I then put this in writing, being careful to emphasise that I didn’t doubt the shop’s competence — I simply wanted to make sure that we agreed on exactly what should be done. The shop owner was sligthly amused but it all worked out very well.


I’ve looked up that old thread and it apparently was one reportedly bad job, about which we know only from one side.

For me that’s badmouthing, nothing more, not helpful.

Call it bad mouthing, for all I care, the people at Sandell in US called them a lot worse. If you prefer, ask them about my Sandell 3008. See what they have to say on the matter. The fact remains, they shafted me and refused to accept any liability for the failures of their engineer in identifying a blown bulb.

To me, it is only right and proper to warn other people that if this shop does mess up – after all, humans do make mistakes – they have prior form in not holding their hands up and say mea culpa but instead leaving the customer to carry the burden….. Caveat emptor indeed.

Steve6443
EDL*, Germany
EuroFlyer
196818
well, first of all I believe there is no perfect shop anywhere. They all make mistakes. We are now changing our CAMO for the third time, Because of a couple of very bad experiences in the past.

Straubing is one of the best avionics shops there are, and I know a couple of them.

Porta Air Service in EDVY did a great job with a complete panel makeover of my PA-46.

Checked some other shops before signing the $$$ cheque but was less than impressed with the “pre sales customer service” of “the obvious choice in Germany” for such a big avionics job. (They did not keep their promised deadline to send an offer twice – actually they never send an offer). I assume that was a singular process flaw and it doesn’t tell anything about their technical competencies with them but obviously did not feel comfortable to spend commit that much money to this shop.

Happy that I found Porta: Clear communication, frequent updates (including pictures every week of the 12 week transformation, very engaged in finding good solutions for the unavoidable challenges and surprises that come up during a major avionics makeover (such “small things” like a previous shop has used non certified antenna wiring, etc.) 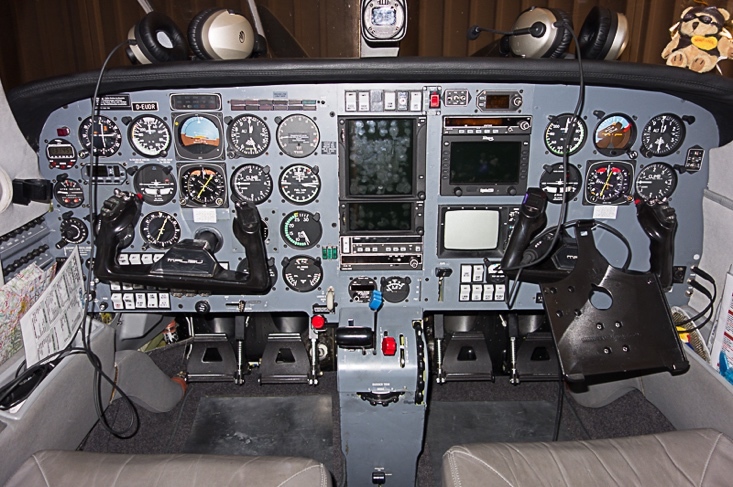 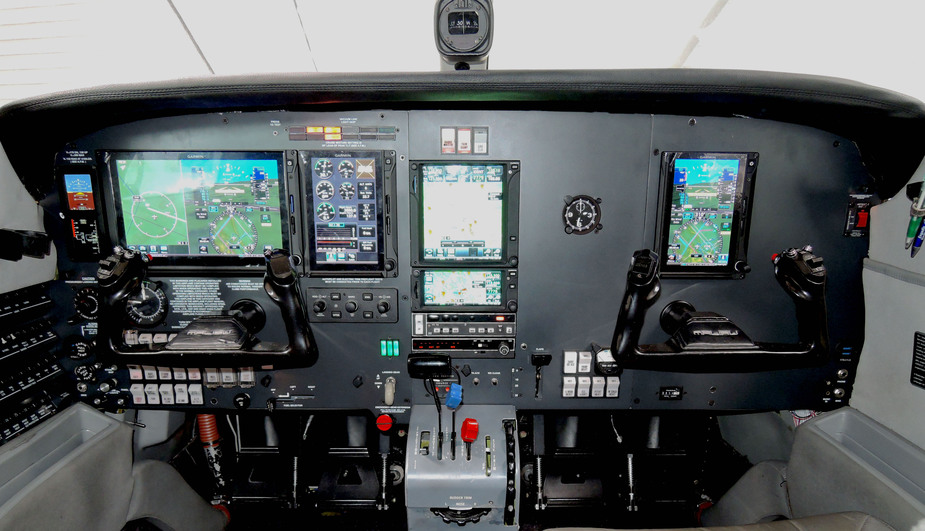 Lack of comms / poor comms is unacceptable, but if I was running an avionics shop I would never do a final quote until I saw the plane and whatever documentation it comes with.

Otherwise, one has to quote well over the top, and then – unless everybody else does the same – you don’t get the job.

Also an intelligent customer will strongly select a company on the basis of intelligent communication, especially on technical issues.

There are so many gotchas in this game. There is one UK shop I know, normally fairly well recommended, which doesn’t understand interconnections beyond copying the IM, and doesn’t get involved in paperwork beyond making use of an STC. They once quoted me for a dual GNS install with “certification is the customer’s responsibility” (I was N-reg, as now) and I bet you that 90%+ of customers would have just gone ahead… and ended up with an illegal job which would cost 4 or 5 figures (to an EASA 21 company, or a US DER) to put right.

I find myself having been on both sides of the fence, the last avionic install I had done did not go well as it became clear the people who built the loom failed to understand the interconnection between systems, this having been said the guys who install the kit fixed the problem quickly once it had been discovered.

I was once asked to act as an advisor to a guy who was getting a major avionic upgrade and he left me to deal with the specification and the dealing with the avionic shop. The guys at the avionic shop liked this idea simple because they had a point of contact that understood their problems, did not have unrealistic expectations and offered them a clear picture of what was expected.

Now I find myself on the other side of the fence and want to meet the expectations of my customers, this in some cases is difficult, recently a customer asked for a bit of kit to be installed, he had seen this thing working and wanted this to work just like is friends one did. However his friend did not have half the kit in the aircraft that the customer did, this offered all sorts of interconection options for the customers aircraft half of which he was not aware of.

When I listed the install options the reaction was that I was trying to make more money from the job by complicating things, but you can guess what would have happened if the guy had flown away with his new kit only with the basic instal and then got back to his flying club to be told by his mates the kit could do so much more had the interconnections been made.

A long time ago I asked why when installing a King KN64 DME an avionic shop did not install the remote function as this was only an hours work and a cheap switch, the answer was that if they did this they would not get the job as theirs would not be the cheapest quote and most aircraft owners did not understand the functionality and the alpha male in them resulted in them being entirely price driven.

A_and_C
107 Posts
This thread is locked. This means you can't add a response.
Sign in to add your message