That seems very conclusive to me, NicR.

Any updates on this, with the added requirement that is supports EGNOS?

I see the GPS2000 mentioned by Achim does support EGNOS.

I bought the GNS2000 but sent it back. It worked for a few hours only and – judging from the accuracy never being better than my S6 phone – never got EGNOS.

I had some emails with the German company about it but they never read past the first line of any email…. not unusual but I wouldn’t do it to somebody who might give me money

Most modern GPS chipsets physically have the SBAS capability, the question is mostly how to turn it on. If your receiver has a plain serial interface, one can usually do so by connecting a text terminal and typing up an appropriate command. I think I have command set manuals for a couple of chipsets. Once reconfigured, the receiver stays in the new configuration permanently. However, I’ve been told that most consumer-grade receivers hardly ever pick up an EGNOS signal of sufficient intensity, especially on the ground. On the other hand, I’ve also been told that a combination of GPS and GLONASS constellations gives a significantly better accuracy than GPS alone, and while it’s not as good as SBAS, it’s already accurate enough to be trusted with altitude measurements (which are always poorer than latitude and longitude). So I took my two tablets, one of which receives GPS only and the other sees GLONASS as well, allowed them to find all satellites and stabilise for a few minutes, then looked at the altitude fluctuations in time. I did not do a proper statistical analysis, but at the first glance the fluctuations with GLONASS on were substantially smaller (about 1/2 of GPS only), while the mean altitudes were essentially the same. However, this was done on the ground in the city, which is very different from onboard use. I plan to repeat this experiment from a point with a precisely known elevation AMSL and no obstacles around.

Many thanks for that input, Ultranomad.

One reason I would like EGNOS is that it should remove the stupid “150ft” altitude error which even my new £550 Samsung S6 phone suffers from. Basically the GPS in that phone is no better than a 10 year old Emtac with the SIRF-2 chip.

Consequently apps like GPS-ILS have a config item for the geoid correction.

Have you looked at this one? I recently bought it and seems to work very well, but don’t have used it much yet.

I was looking at that one today. I used to have the XGPS150, for feeding the Ipad2. But it won’t do NMEA and IOS concurrently; it has to be switched. I might have to settle for that…

I also found this one 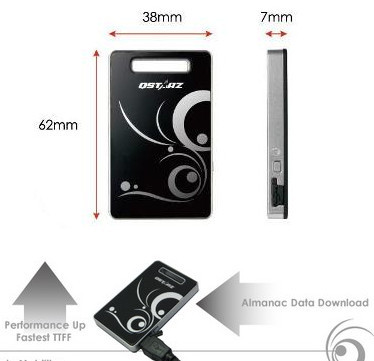 which doesn’t do IOS at all but seems to tick the other boxes.

What is amazing with the SkyPro 160 is the reception. Once it has captured the satellites, it keeps the reception, even if moved a couple of meters into a room. As I said, I’ve only tried it once or twice in flight so far, but accuracy appears perfect. Btw, according to some reviews, the 160 is much better than the 150 you apparently had, Peter.

I was looking at the Bad Elf Pro as it has SBAS capability. You can see it also here . The above QSTARZ unit is discontinued. They now do the Q818XT.

I would be really interested to hear from anyone who can confirm their bluetooth GPS actually works with EGNOS. There is a noticeable tendency among vendors to avoid this question, which is something people nearly always do for a reason

Peter
Administrator
Shoreham EGKA, United Kingdom
41 Posts
This thread is locked. This means you can't add a response.
Sign in to add your message

Borrowing an Ipad Mini, to test the GPS
For those who fly with just an Ipad :)
GPS altitude puzzle
iLevil