38140 is a GPS digital correlator designed to interoperate with the 68331. It was one of the first chips (if not the first) to support WAAS.

Don’t be too surprised about various microcontrollers/processors still in production. Really the only things that have properly fallen by the wayside are the ‘mainstream’ older x86 chips (the Garmin gpsmap 195 has an 80386sx ‘embedded version’ in it – no wonder it was a destroyer of batteries – although the 80286 lasted a surprisingly long time – I think the ’286 outlived the 486).

After all the Z80 and 6502 are still manufactured (and have been, continuously, since 1975 or so) in their 40 pin DIP versions, albeit in CMOS these days. So much industrial control stuff uses these chips, and the various Motorola processors, that they are still made and (in the case of the Z80 at least) you can buy them from Farnell. They are cheap and very well understood. The glue logic, too – all the 74 series and 4000 series stuff is still made, including the parts you may expect to be obscure. I had an analogue multiplexer fail in a vintage synthesiser I had, and could buy the replacement part brand new from Farnell.

Yes; that 68k CPU seems to be a popular part in the automotive sector.

A 20 year life seems common. At work we use a H8/332 which went on last time buy after about 25 years, and after that I bought a ton of them from US “cowboy” outlets at half the price we used to pay officially; presumably because once the LTB was announced, a lot of stockists quickly offloaded their stocks.

I doubt this will be the case in the future though. Atmel chip (AVR especially) life is measured in single digit years. I hope ST ARM is better since we are doing a new design with that, but 20 years’ time I will be in my 80s and watching my flying videos in a care home

I also wonder whether the long manufacturing life of the original chips is driven by the large number of whizz kids who learnt on them in the 1970s and who have not yet retired, 40 years later. When I was at univ, 1975-78, everybody was programming the Z80. Then the explosion in microprocessor use in the 1980s spread these chips everywhere. All my early designs used it, or derivatives (z180, z280). We still make a z180 based product. But if you take the present generation, they will not use any of these, even if the project doesn’t need any power. They will use an ARM, but the ARM sphere is divided into hundreds of different chips.

Very interesting thread. What’s the difference? One has fewer „mini batteries“ :) soldered to the bottom and more flat chips?

The KMA20 has a load of manually done wiring, components up in the air (those cylindrical items are capacitors), some crappy components used, very labour intensive, vulnerable to vibration, etc. The KLN94 is built using modern methods and is much more immune to vibration. It is probably comparing a 1970s low volume hand build (and with little investment, because that product looks really amateurish, with all those wires) with a 1990s production build.

With low cost CAD, pick and place machines etc. modern methods are also a lot cheaper – I had a small run of 100 boards done (4 layer PCB), with half a dozen ICs (a CPLD, flash memory, some RAM, ethernet IC, a handful of transistors and a lot of passives) done and it worked out at about £30 per board, almost fully assembled (the connectors which were through hole I soldered myself). The schematic and PCB layout software I used is open source. 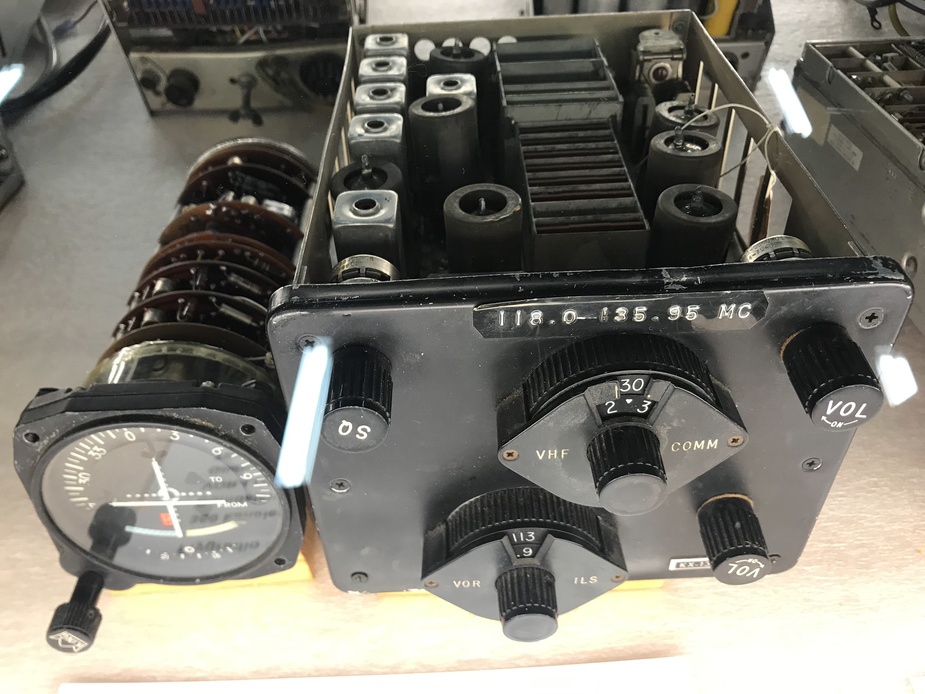 WOW – that one uses valves!

An amazingly small number of them, too.

Perhaps I should add this to the collection of avionic photos 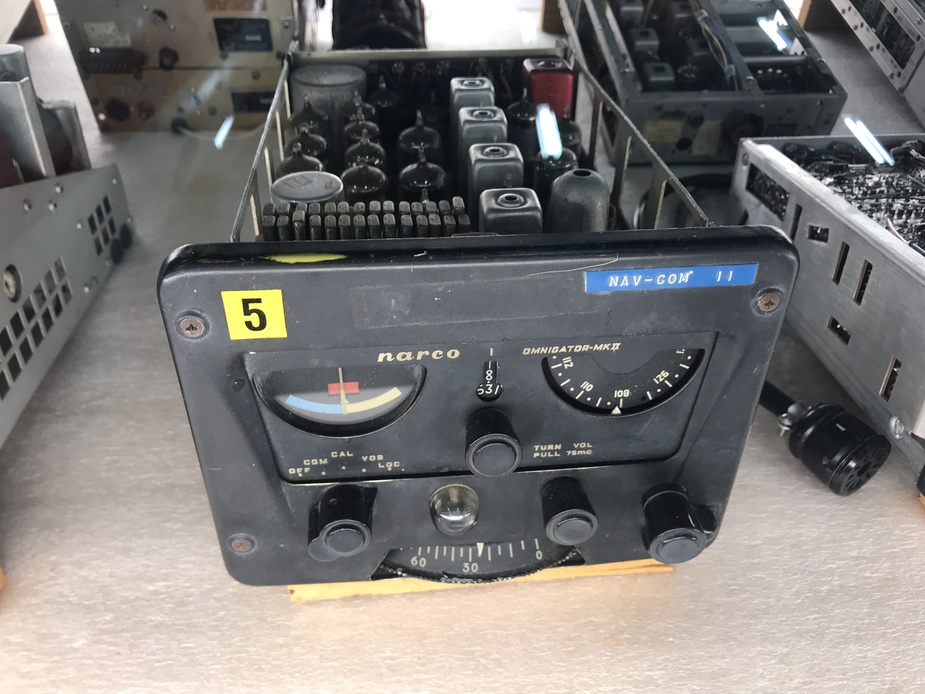 Your number 5, solves 8.33khz spacing or any subsequent upgrades: you can tune continuous Frequencies (like old AM/FM bands radios

Ibra
ESSEX, United Kingdom
123 Posts
This thread is locked. This means you can't add a response.
Sign in to add your message