Hi, somebody knows in what equipment the indicator KW-105G was used?

Davtron clocks for example. It is still available from Davtron themselves: http://www.davtron.com/product-detail.php?KW105G-31
But cheap certainly not… Aircraft Spruce sells it for 49$.

It is still available from Davtron themselves

And where still used such indicators?
Davtron also used kw115 kw505 Fuji 3015
In what models KW-105G were used?
Maybe I will find the donor cheaper.

These are used in aviation products which have not changed since the 1980s. Basically this is true for most of the “little instruments” like this 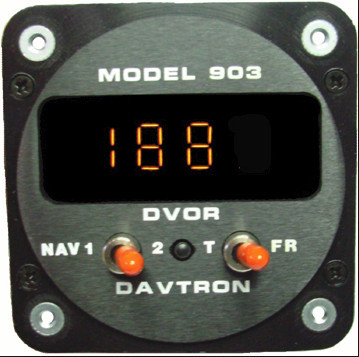 which are still made in low volumes, presumably by a bunch of old guys working in some shed, for the replacement market, after “glass” has caused the bottom to drop out of this market

for new aircraft, and those who had 30k-50k burning a hole in their pocket chucked the old stuff out…

These incandescent-filament 7-segment displays were popular in petrol station pumps back then, too. They offer good contrast because the filament is thin so the power is concentrated, whereas with LED lamps you naturally get a wide “filament”.

Nowadays you would use LEDs but surprisingly LEDs don’t come in many options if you want the right sort of small size e.g. 7-8mm. This thread also has some info on these lamps. In there I am using surface mount LEDs but they are quite expensive.

I am surprised the former USSR didn’t grab the opportunity to make these displays – they are good at making vacuum technology and are really printing money making valves like the KT88 etc for the western hi-fi market, while laughing all the way to their bank at the “stupid westerners” who think an amplifier with a THD of 20% sounds great

The USSR was made numitrons IV-9 (were a tube but not in type the DIP) but they were used in calculators.
Information very little as it is a rare element (KW-105g) in difference from Fuji 3015f.
$ 49 for one indicator is a lot for me … went to look for a donor.
Radio stations/navigation stations of which firms used the noumitron displays?


$ 49 for one indicator is a lot for me … went to look for a donor.
Radio stations/navigation stations of which firms used the noumitron displays?

Maybe one of these replacement types can be found easier? The problem with spare units taken from a donor is that they are as old – or even older – than yours and can last for 100 more hours but maybe only one hour.

I happen to have a box with old aircraft parts in my garage (10 years of aircraft ownership leave some garbage behind…). So I just opened a Cessna/ARC/Sperry Series 800 Nav control unit ( * ) and found 10 numitron displays inside. I pulled one out and it is called: Pinlite MD-650. Google found me a page (http://www.surplussales.com/bulbs-incan-panel/vacdisplay.html) where it says that this is a replacement for the KW-105S. Unfortunately I have no idea what the difference between your “KW-105G” and the “S” might be. And here I found a posting on the internet – but 6 years old – where someone has “lots” of these MD-650 displays for sale at 20$ a piece: https://www.tubeclockdb.com/component/kunena/7-buy-sell-trade/2043-fs-pinlite-md-650.html

Maybe this helps as a starting point?

I wrote to Wamco one display costs 160$.
what_next wrote:


Unfortunately I have no idea what the difference between your “KW-105G” and the “S” might be. 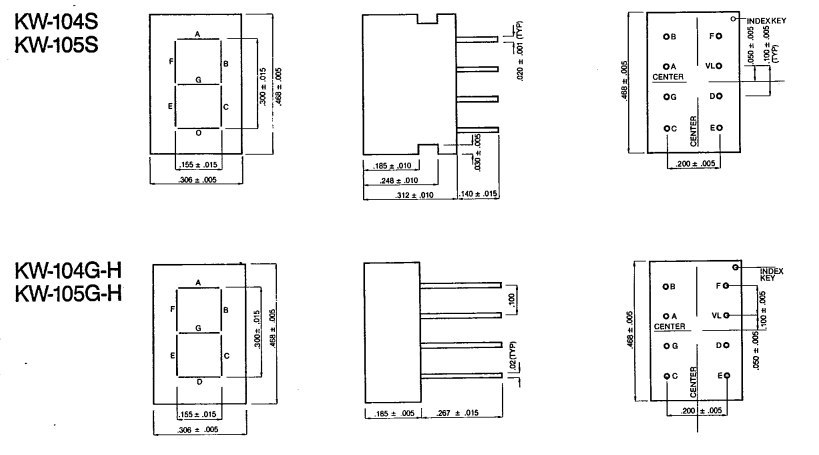 Difference in size.
Im not have plane. I am an electronic engineer and looking for items for my product and the size is very important.

You don’t want to use this stuff in any new design. It is decades past obsolete. Use nice 7-segment LEDs. The only drawback is that the nice SMT ones (we use We are using DSM7UA30101) are all common-anode (unusual) and not many driver chips do that. We use an STLED316S driver chip. The data sheet is crap and it takes a while to get the software working though.

And if you are repairing old avionics, try to do a LED replacement board. If you are based in a certification regime where this can be done off the books, that’s the way to go. Then you can sell the board to others.


And if you are repairing old avionics

Peter, what_next
Thank you very much for all the information.

But I do not plan to use them in aviation.
This civil use.

I have a box full of Soviet made nixie tubes (or maybe just post-Soviet) date stamped 1991. Nixie tubes were obsolete in the west by the mid 1960s I think, but with the old Soviet system the factory probably just kept making them till someone told them to stop (or the USSR finally collapsed). They are good tubes, they have a small amount of mercury added so they last hundreds of thousands of hours even continuously illuminated.

alioth
Andreas IOM
123 Posts
This thread is locked. This means you can't add a response.
Sign in to add your message