Does the TKS system increase drag?

I saw something interesting the other day which might explain the performance loss normally reported with TKS systems. It relates to this.

This is the elevator detail on my TB20, with the upward angle as per the STC 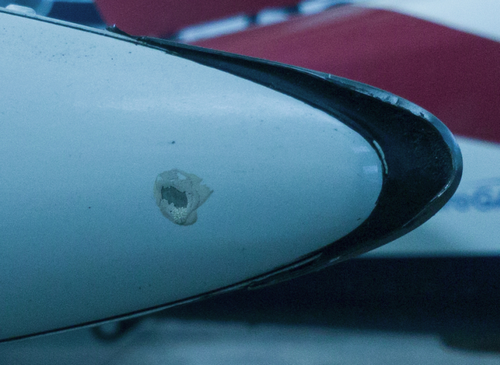 This is on another TB20; a factory installation from the 1980s/90s. There is no angle on that one 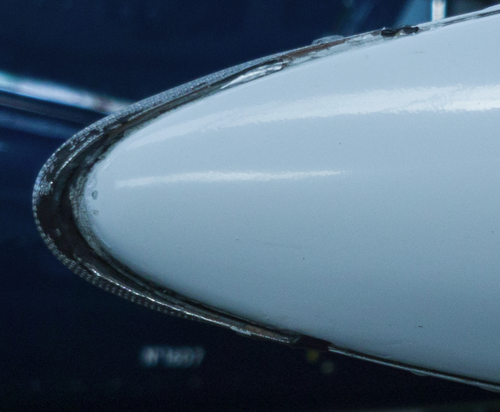 and this is the other end of the same elevator, with a downward angle 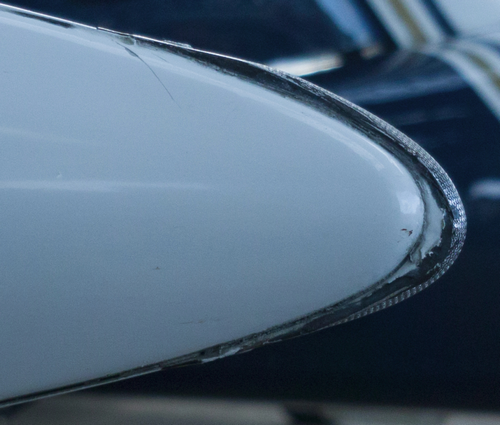 This aircraft will need a lot of aileron trim, because the elevator is trying to twist is along its longitudinal axis.

Interesting thread, but somehow it seems that a part of the conversation is missing? Peter suddenly shows up with a TKS install done (and apparently a fine job)?
So you did it mostly yourself? I fully support as this is the kind of job where no-one but the owner is willing to put enough care and time into finishing the details.
What was the performance impact of a well done installation? It would be nice if you showed us some photos, especially the leading edge detail.

On the Extra 400, the boots are part of the mechanical design and smoothly integrated (like the ones in the DA42-VI or the Cirrus) so that the wing leading edge remains conformant to the laminar airfoil profile. When I visited the factory, Walter Extra told me that the gap in the rubber seal of the boots – across the whole wing leading edge – was a know source of drag and recommended that we improve its finish.
We did that andI think (THINK) we gained 1 knot.
But this may also be due to the fact that I polished the wing’s upper surface at this occasion or skipped the main course the night before…

Honestly I am getting very frustrated by these “speed mod” projects.
What the book says and what the aircraft actually does seem to be worlds apart.
I cannot even make sense of cruise speed data. Suspecting that the vertical movement of air masses is a factor. If the aircraft is being pushed up, the AP will trim it nose down to hold altitude and you’ll gain speed. Given the fact that I typically fly at altitudes where the wind speed is around 50 knots, I can well imagine that the flow is not horizontal and some of this is pushing us up or down…

And back to the original discussion: the TKS panel has microperforations which would affect the flow in the same way as a similarly sized bug residue. Does the TB 20 have laminar flow wings?

The TB20 installation thread is here.

It was done by an A&P/IA, with me assisting under his supervision.

I have not done a “formal” writeup because it would be of little use to anybody. Almost nobody is doing these installations today, in the field, especially on a TB20. I don’t think CAV have any stock left of the TB parts and they aren’t going to make them just to keep in stock. They had to make some and I had to wait over a year for everything to arrive.

The holes in the modern (1990s onwards) titanium TKS panels are way too small to make any difference to speed. You can barely see them with the naked eye. The older panels were stainless steel and had a fairly coarse mesh.

It is probably hard to gain more than a few kt by small mods, at the low speeds we fly at. And countersinking all the rivets would be a lot of work as well as needing significant certification.

No vertical winds is a very valid assumption for practical flying (and weather forecasting), see:
https://www.euroga.org/forums/hangar-talk/11327-weather-models-are-there-any-true-3d-simulations

A strong +/-1000fpm is barely +-/10kts, of course if we are talking +/-2kts speed accuracy from the speed modification vs POH then +/-200fpm updraft will matter

Here are the TKS panels on my elevator: 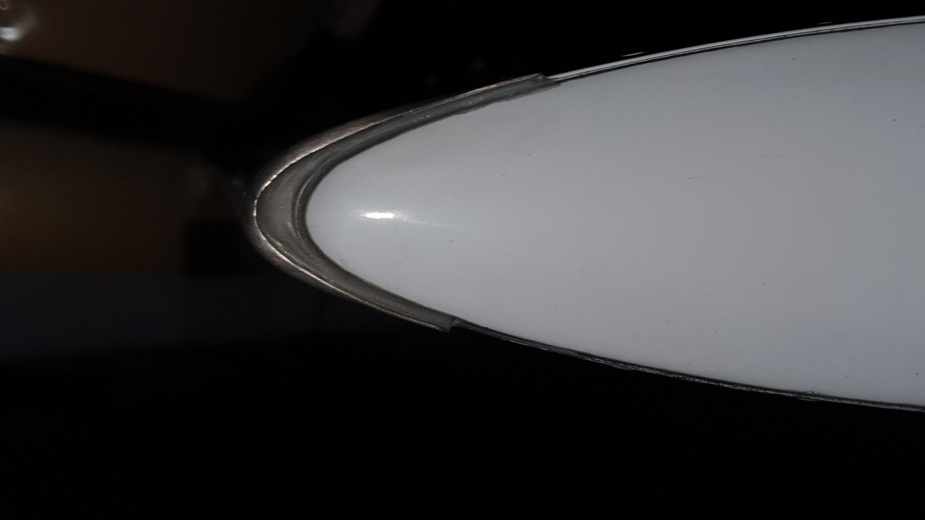 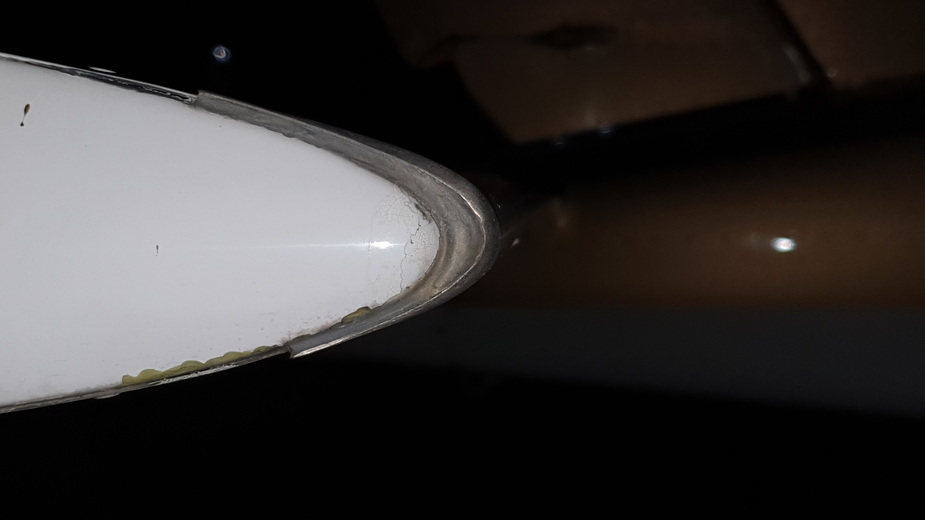 They are pointing slightly upward, however currently I have a speed loss of about 7 knots, that may be also due to the MT propeller or too many antennas installed on the TB20.

7kt is a lot. The antennae don’t use up that much speed. Socata give some numbers in their POH and they are of the order of 0.5kt for a large antenna.

The MT prop should not either, especially if its STC does not have any mention of a speed loss in its AFMS. If it had a speed loss like that, it could not certified unless that was documented.


This aircraft will need a lot of aileron trim, because the elevator is trying to twist is along its longitudinal axis.

Hmm, some aircraft (C210) are designed like that to counter propeller slipstream effects: 
No vertical winds is a very valid assumption for practical flying

I would agree on most days, but I took off one day of widespread very strong winds (>50 kts on the ground over most of France). In cruise, my speed would oscillate about 20kts up and down from its usual value, over 15 to 30 minutes. My understanding that is this was vertical component of wind / mountain waves / … Since I was flying at about FL180 or so, I was impressed by the vertical extent of these; the amplitude must have been worse lower down.

@Ibra that’s what happens to you jet jockeys. A 1000fpm vertical component demands that I slow down to Vy (a 40-60 kt reduction in IAS) and set take off power to remain level, so definitely not a couple or even 10 kts. This is more typical of us humble SEPs ;)

Antonio
Antonio
LESB, Spain
51 Posts
This thread is locked. This means you can't add a response.
Sign in to add your message