From one European avionics repair shop:
.

We have recently received instructions from Honeywell Bendix King to cease repairing these items of equipment from 1st July 2017.

They are implementing an exchange or flat rate repair scheme and have removed permission for dealers to carry out repairs on a list of part numbers, some of which are part of our capability list.

Future unserviceable KR 87 sets will have to be sent to USA for an exchange item @ 1700USD which will have a one year warranty.

.
I don’t think the above is a complete list; this directive probably covers a whole lot of stuff. An “interesting” method of revenue generation… There is always US Ebay I suppose

Is this legal, or an illegal restriction of trade?

That’s what many of them try now. Fortunately some dealers will still repair older units and they still have the spare parts. This is one of the developments that will create short term revenues – and finally destroy their business.

They may be able to require their dealers to stop doing these repairs, but I doubt they can impose anything on repairers they have no contractual relationship with.

Indeed; they have dealers over a barrel. But they can also stop selling spare parts anytime. In terms of anti competitive practices this is below the radar of anybody who cares…

The little shops will carry on, as they have always done. But their repairs will – as usual – come back without any paperwork, so have to be installed off the books. Most CAMOs refuse to touch these items.

HBK dealers will lose access to maintenance manuals. I can see all the HBK dealers who read EuroGA daily but never participate

reaching for their keyboards to download all they can. However, the rationale is that without “current” manuals you are not authorised to do the work and release the repaired product, and with download rights terminated you by definition won’t have current manuals. This is practically bogus, for all this ancient HBK kit whose manuals have mostly not changed for 10-15 years or more and will not change because there is nobody left at HBK who can switch on a soldering iron, but it is a cunning legal device to shaft the independent firms. 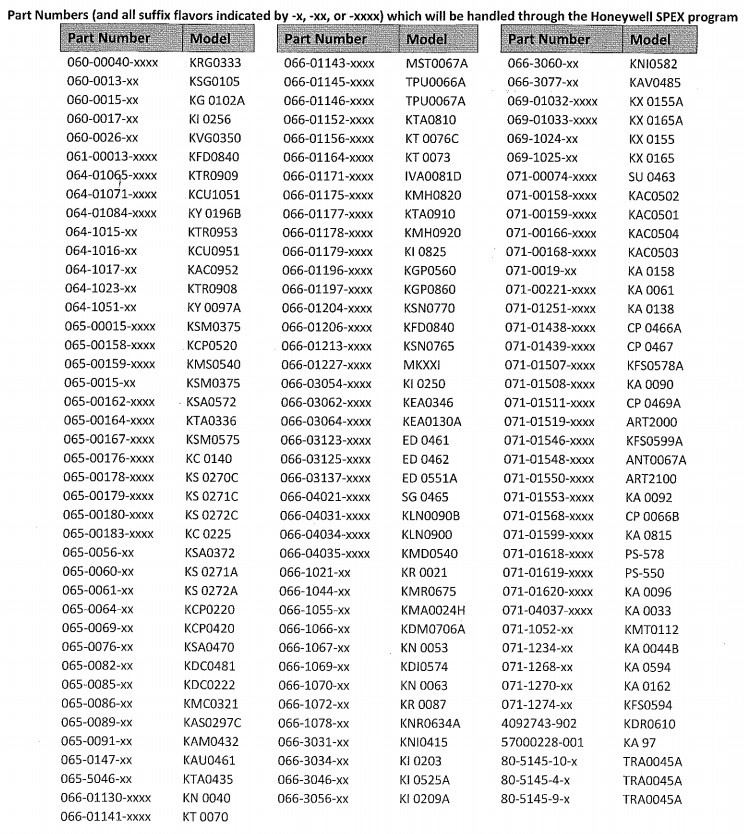 Some interesting parts on there e.g. the KI256 horizon. Also the KEA130A encoding altimeter. The whole KFC225 system (not that anybody could repair it anyway, officially). KT76C transponder (popular in the USA). KR87 ADF (FTOs here will love having to pay several times more). KX155A, KX165A (8.33).

This will move a lot of maintenance under the table, especially in Europe where anything overhauled or repaired needs an EASA-1 form.


This will move a lot of maintenance under the table, especially in Europe where anything overhauled or repaired needs an EASA-1 form

A repair company may not have a repair/overhaul authorisation for a given item, yet be able to issue an EASA Form 1 for it with the box 11 (status/work performed) stating “INSPECTED/TESTED”.

Anyway, if you have any avionics that need repairing, get it done before 1st July 2017 otherwise it is going to cost you a whole lot more.

Potential upside is that working equipment may become dearer on the second hand market. I’m on the fence exchanging my working KCS55A HSI system with an Aspen.

It was the lack of investment in GA that has seen Bendix/king ’s fall from the premier avionic supplier thirty years back to the also ran that they are now, you would think they would have learned their lesson the first time they let the bean counters dictate policy……………it would appear not !

A_and_C
29 Posts
This thread is locked. This means you can't add a response.
Sign in to add your message