Airflow under a cowling 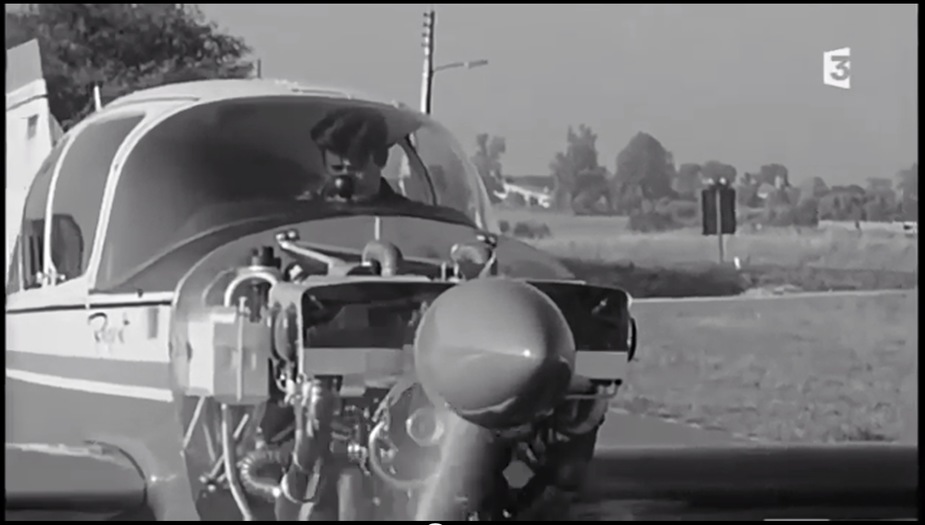 That’s how the problem was solved in 1967. Simple yet effective baffles from sheet of aluminium.

Airflow control for engine cooling is definitely not a trivial problem and key is baffling not cowling design. Lo Presti has done a lot of cowling work, but his focus was on speed not cooling management. I suspect that he looked at cooling only in so far as necessary to obtain the cowling shape he was after.

I attended the APS engine management course in Kortrijk BE at the beginning of June, and they touched on cooling at the end since it was not the focus of engine management. One of the presenters was George Braly, the guru of GAMI, and they have done a lot of research on airflow using quite sophisticated techniques including cameras, sensors, and threads all under the cowling to try to see what was happening. Their opinion is that every aircraft model is different and there is no pat solution. They have developed a baffling system for Bonanzas that has apparently addressed a chronic CHT problem with one cylinder. But I haven’t seen that they have done this for any other aircraft. The comment was that this is quite a black art. Interesting, though, was one discovery substantiated by your photo, Peter, of the oil pattern above. They claim that the airflow is counter-intuitive and not 100% as shown in the Continental manuals. The air comes in the sides behind the prop as expected, and then flows back along the outer edge of the cowling to the back where it turns toward the centre and then comes forward along the top of the engine before going down through the cylinder fins and even coming back out the front. Also interesting was their comment that there is far more cooling air than can be used or is needed. The key is the pressure differential between the top and bottom of the engine to draw the air down through the fins. Cowl flaps are effective because they increase this pressure differential, not because they increase the amount of air flow per se. The trick is to get the air to flow through the fins of all cylinders as desired. Any baffling leaks will destroy this.

If air comes from the sides, flows in a straight line until it hits the firewall (unlike in certain Cirri where it turns on its own ^^) then reverses direction along the spine – does that not indicate that it’ll then flow downwards across the base of the cylinder barrels, as it lacks the energy to displace the high speed entering flow? Thereby depriving the most critical part of the cylinder – ie the head – of cooling flow.

It really is black magic and very much airframe specific. A lot of air currents meet in various places.

A few years ago I spent considerable time closing all openings between upper and lower deck to really force all air through the cylinder fins. The first noticeable effect was that my landing light literally melted because it no longer got the airflow through an (unintentional) baffle hole.

The cylinder head is mostly oil cooled. There isn’t really much airflow there. Lycoming engines suffer from insufficient oil flow through the cylinder heads resulting in coking.

Such a pity the industry binned all the research, testing and practical proving of the radiator and has settled on what amounts to a “wet thumb in the air” approach to cooling.

The Cirrus looks like the first aircraft to me where a professional approach was taken designing the airflow and cowl. Pipistrel looks nice as well but there aren’t really any new airframes with air cooled engines. The old airframes were done with “better too much cooling than not enough” which gave LoPresti et al. the chance to come up with speed mods.

The car diesels are liquid cooled and there the only question is how many radiators and where to put them with the number of radiators and the ugliness of the cowling increasing during the certification process.


Such a pity the industry binned all the research, testing and practical proving of the radiator and has settled on what amounts to a “wet thumb in the air” approach to cooling.

In the later WWII aircraft, the cooling is pretty much perfected, whether it is radial air cooled or inline V liquid cooled. For liquid cooled engines, it seems they all ended up in a roughly similar configuration with the air inlet in the high pressure zone a bit aft under the wing and variable exit further aft. A Canadian guy with an RV-6 and a Subaru engine did lots of funny stuff some years back on a similar approach, with lots of write ups. Can’t find it now, but I remember I thought it was an awful lot of engineering and work (liquid cooling lines, reshaping of the fuselage etc) for a few knots of extra speed. Maybe on a brand new design it would be worth while?

What is an inline V engine?

Shorrick_Mk2
88 Posts
This thread is locked. This means you can't add a response.
Sign in to add your message