I am working out the “canyon” route to LOWZ, from Salzburg LOWS. This is the obvious one (in red) 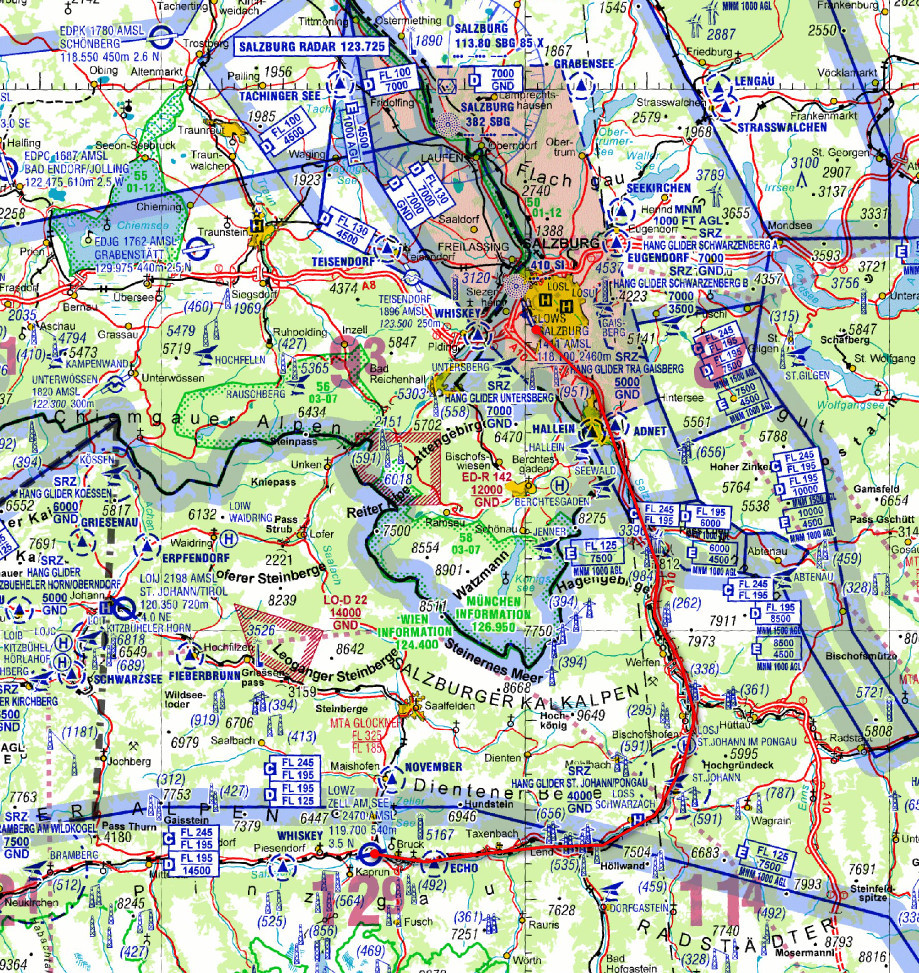 Ignore the “target” mark below – no idea where it comes from… 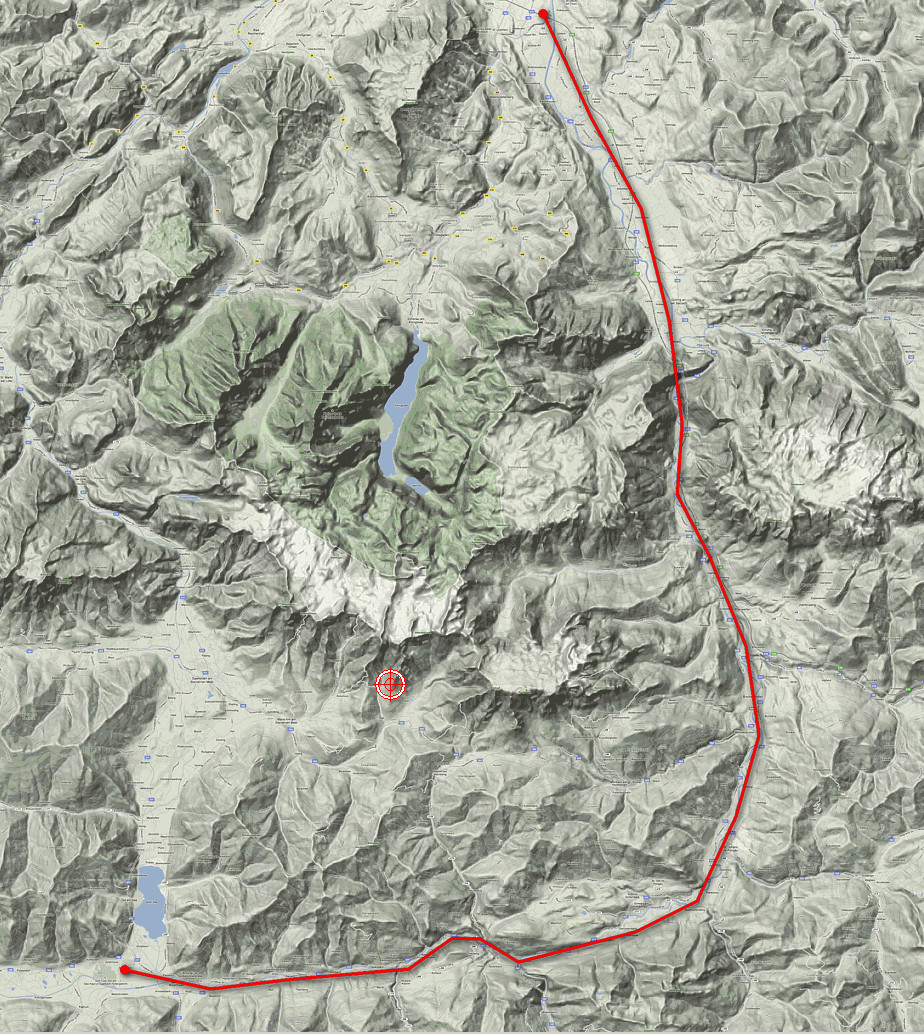 The general altitude of the route to LOWZ is under 3000ft.

And the obvious climb-up departure is to the west 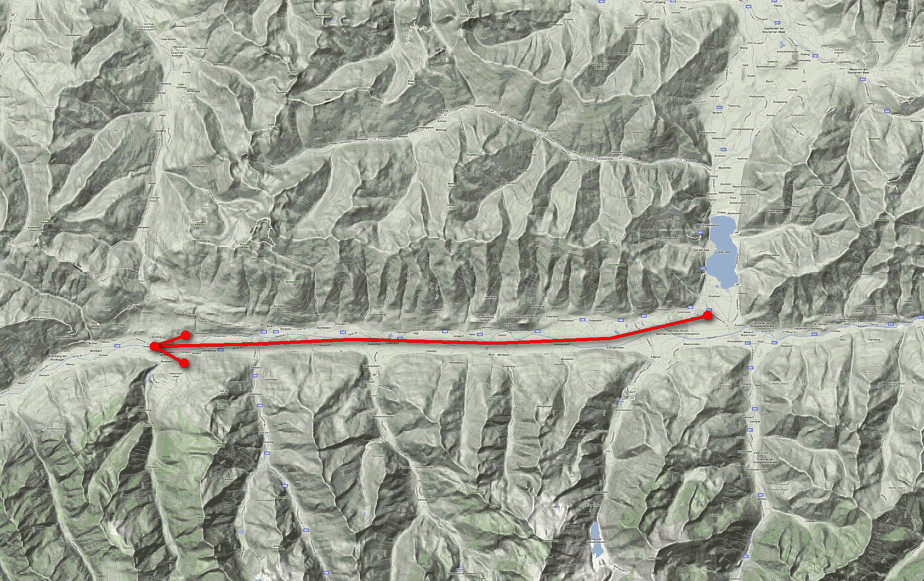 There is 20nm of clear climb distance there which is fine relative to the elevations north of there.

What is the minimum cloudbase one would normally expect at say LOWS to attempt this safely (that’s assuming LOWS wx is of any use south of there) and where can the conditions along the route be found out? I recall There was some online map of the Alps somewhere which showed the conditions on the various routes.

Otherwise, I will just fly to overhead LOWZ (say FL150) and if not visual all the way down will forget about it and go to LOWS instead. That is how I did Locarno a while ago.

The topo imagery above is what I have running on a tablet GPS, as a moving map, when overflying the Alps. It is imagery “lifted” from Google Terrain with a tool called Mobile Atlas Creator. For just the Alps (I have the Pyrenees too) the total size was about 50GB and when reduced to OZF2 format it is about 4GB. The resolution is OK 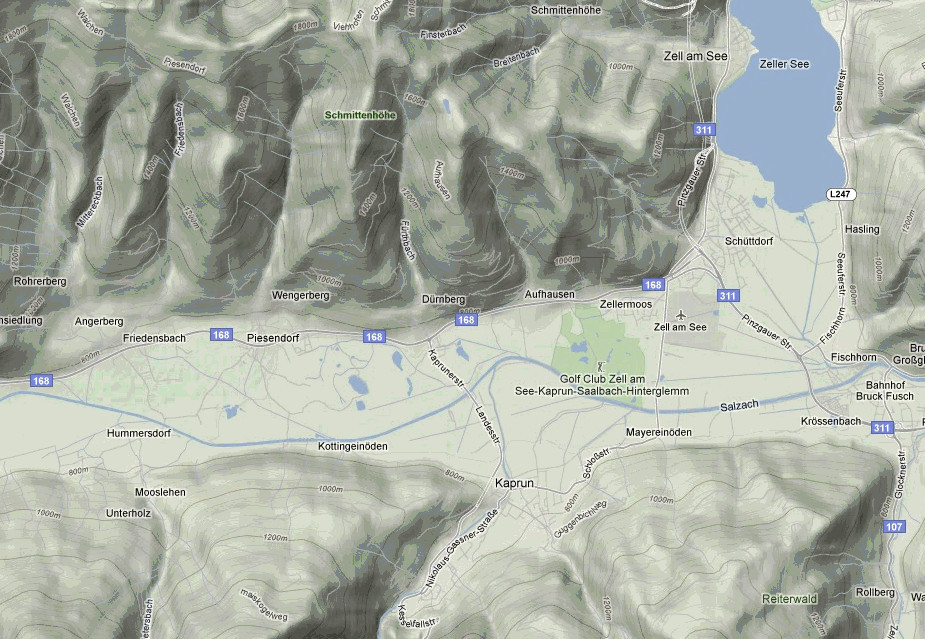 The current wx picture makes the trip unlikely this weekend but I want to plan it anyway.

Your planned route from LOWS to LOWZ corresponds to GAFOR routes 60 and 21. The highest elevation IN the valleys on these routes is 3500 and 3200 feet, respectively. However, I don’t recommend a stranger to the area to enter the valleys with a cloudbase of, say, 5000 feet.

I find it hard to jude the conditions merely by the cloudbase in LOWS. I would suggest to check out the Austrian GAFOR and ALPFOR prognosis via www.flug-wetter.at (free registration required) or www.homebriefing.com (free 1 months trial). For a personal briefing, call the Austrocontrol met guy at 00 43 900 979703.

Many thanks for the other info.

Sunday looks OK for a meetup in the S. UK or N France. Ideas?

I fly in there coming from the WEST, which i find less complicated… just fly into the Inn valley towards Innsbruck and then the next left :-) and you’re in a very long final for landing twds the east, and you can always fly the pattern and land the other way.

When the weather is good they have many gliders in the air and sometimes three tow planes. These guys fly very tight patterns and the tower wants you to make the position reports according to the VFR approach charts in that case. The gliders are always south of the field and never (at least that’s what they told me) in the approach sector. All that is handled very professionally at LOWZ.

Flyer59
35 Posts
This thread is locked. This means you can't add a response.
Sign in to add your message