Must resist yet another project... The pictorial!

Here is a shot across the bow. A disease that must be stopped, killed in its infancy before it has a chance to spread! 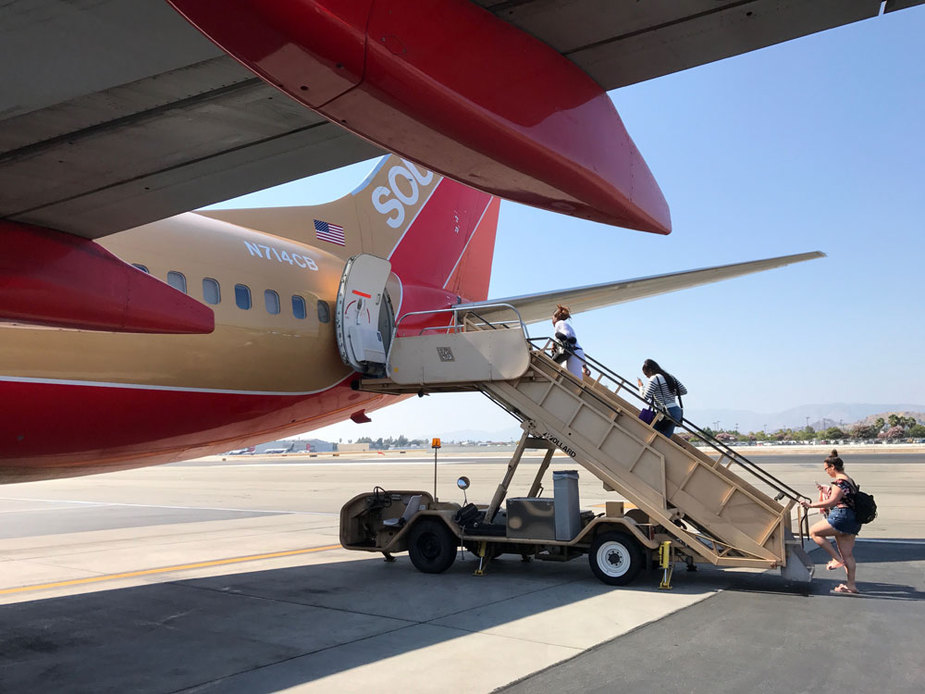 Innocuous departure on SouthWorst to clandestine location in the midwest. 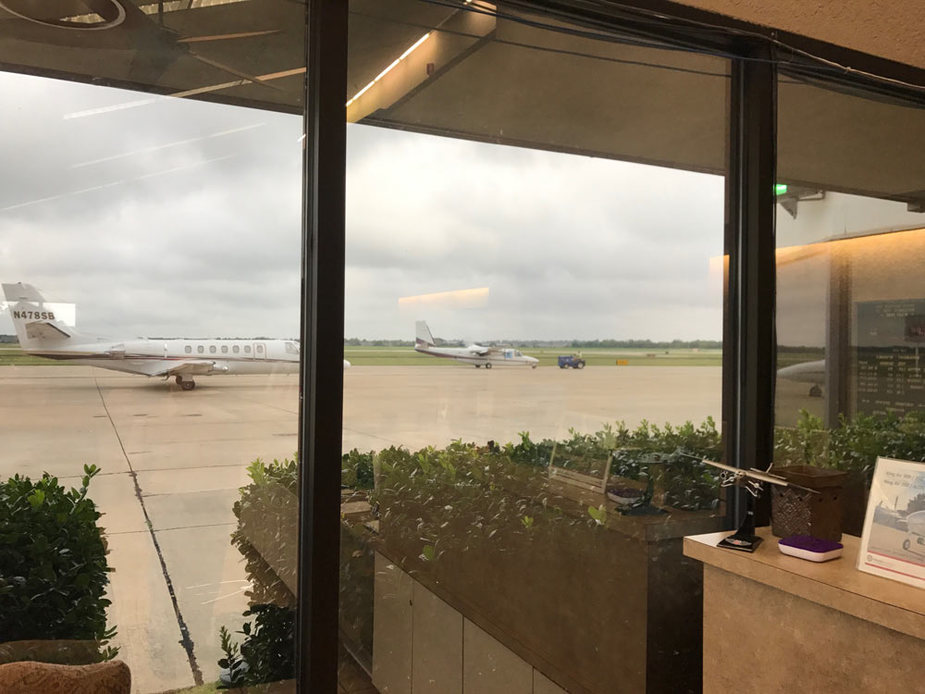 Oh lord – what is that they’re towing across the ramp for us to inspect, those evil ground-handling lurers and baiters? 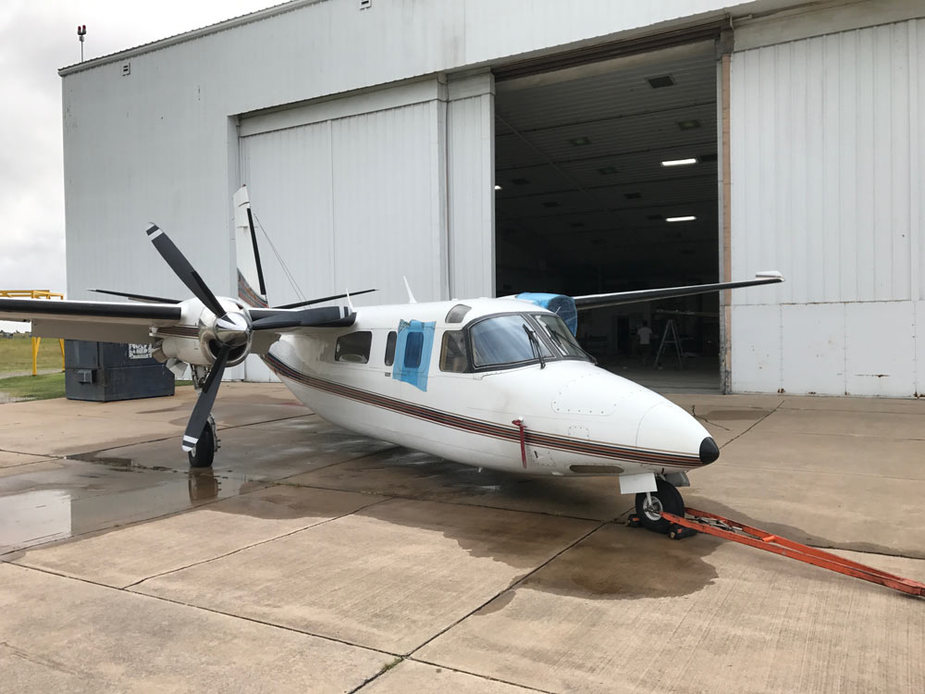 Aha! A Commander – who would have thought? But wait a minute….. 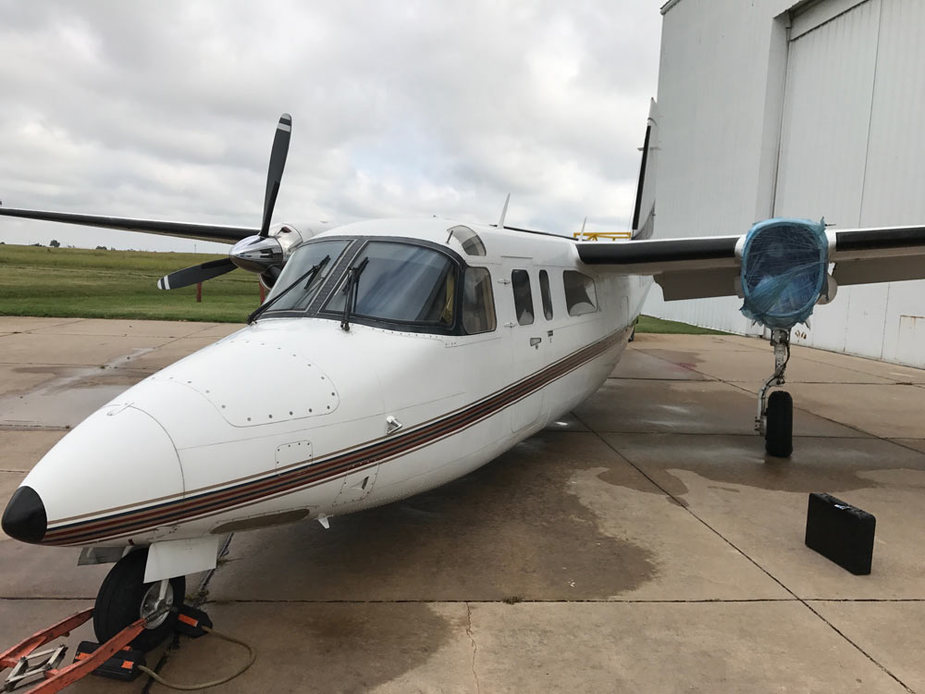 It seems to the untrained eye, it might be lacking a LH engine proper, but we can’t tell from here really…. 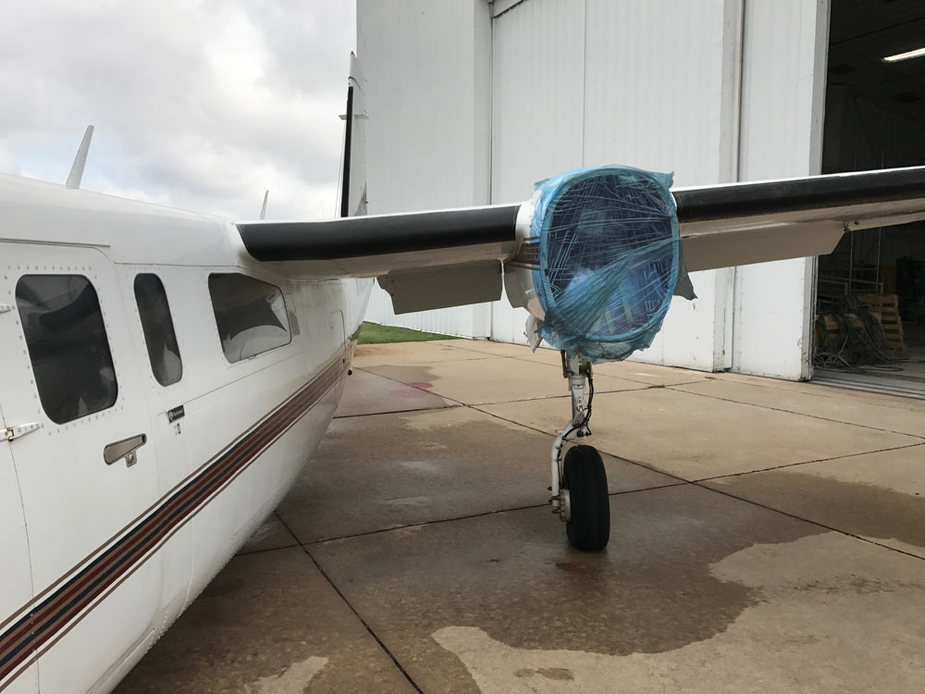 … ah yes, definitely lacking an engine. They never told us that when we bought our tickets to go see it, did they? Good thing it comes with extra cling film, so we can wrap any sandwiches we might not have finished. 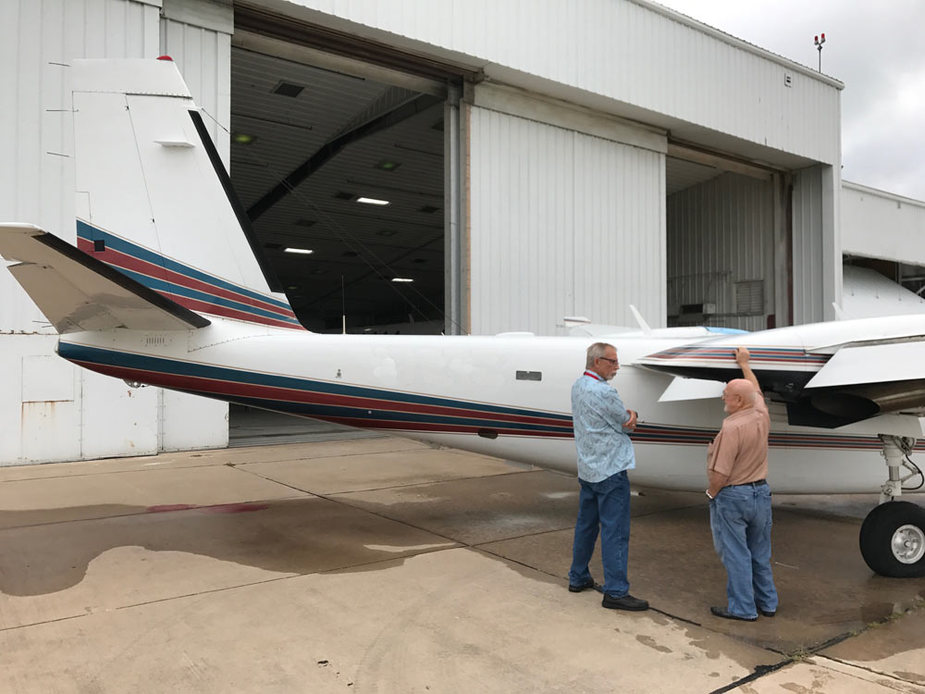 The Guru prods and runs his fingers in the orifices for good measure, but he can’t ignore the gaping orifice in the nacelle on the wing.. 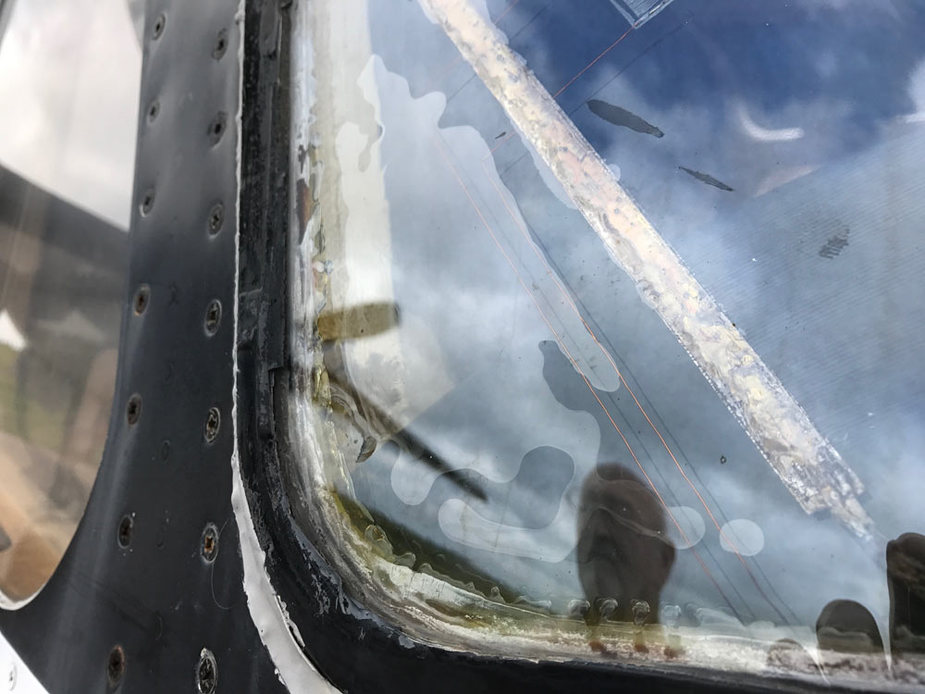 …nor the de-laminating heated windshield. It’s only $55K to replace with new. That would take a dent out of our now, clearly lacking, sandwich budget. 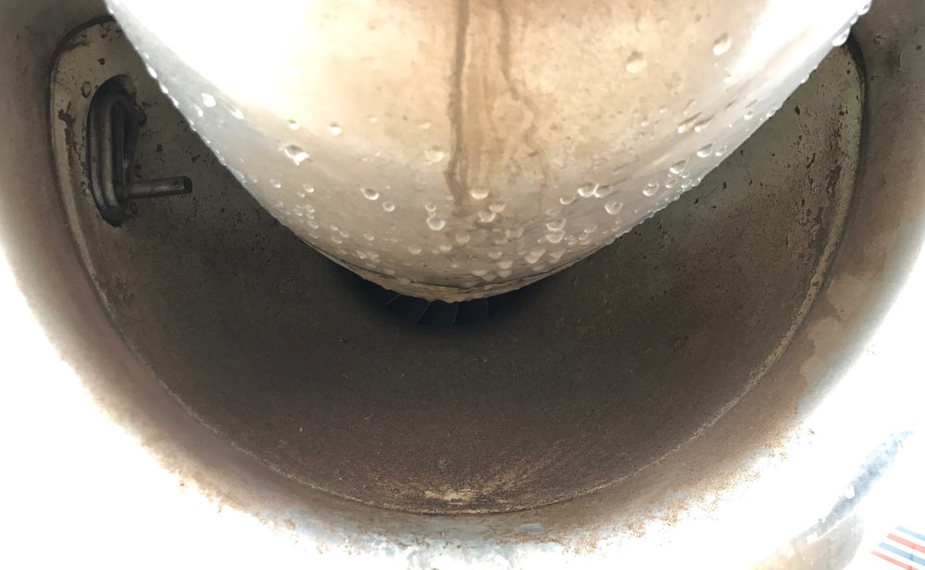 And is that mud in the RH engine nacelle or just a leaking carbon seal? I’m not entirely sure we want to know… 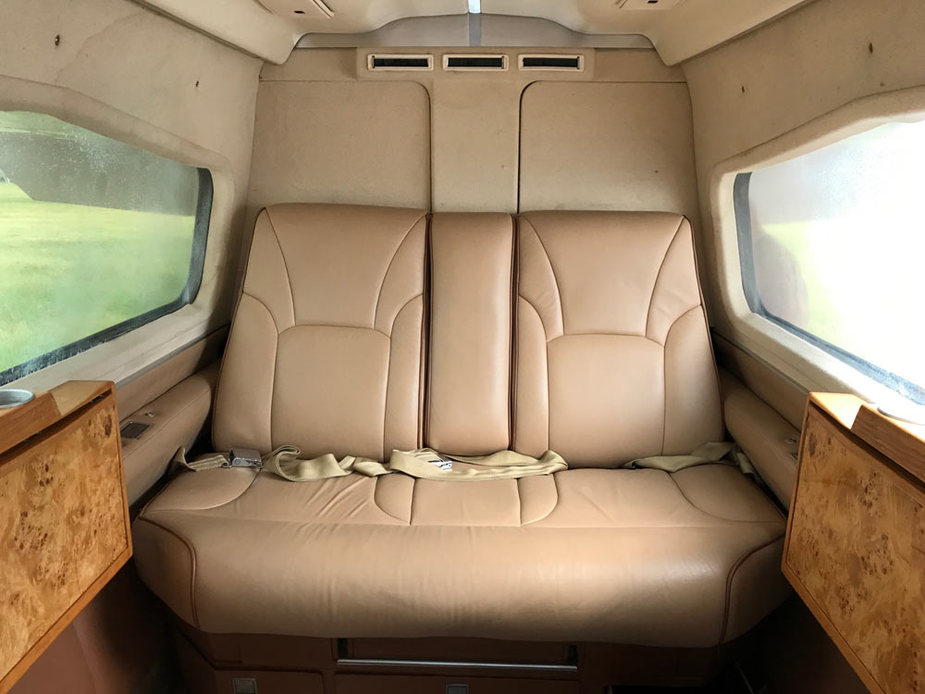 But the interior is not bad. Once you get rid of the refreshment-centers-from-hell. It’s not quite Connolly leather, but not pea soup either. 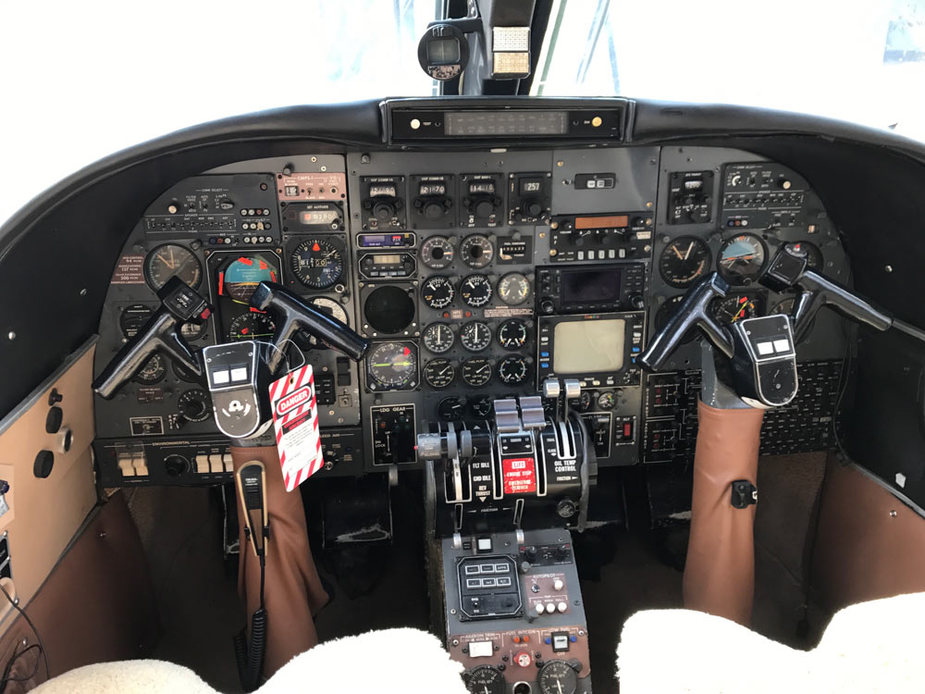 Panel isn’t an absolute disaster. Disaster-ish, I suppose. Certainly old, but so is The Guru and me. Oldness attracts old panels, it seems. 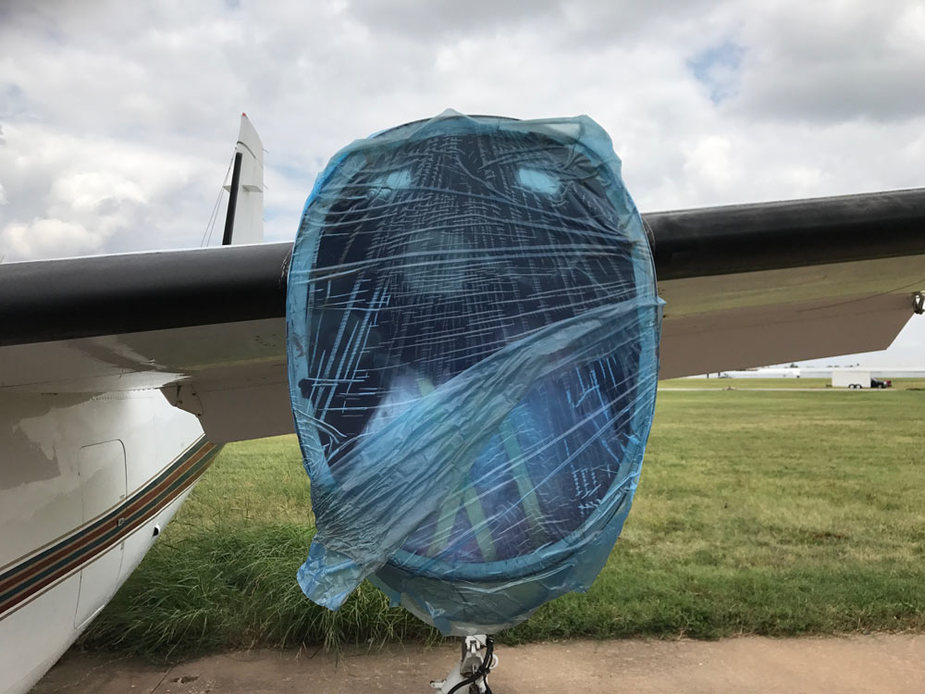 But there was that nagging feeling again, that something was just too good to be true – oh yes, we couldn’t possibly eat enough sandwiches in our lifetime to use up all that cling film!

Adam, I thought in Santa Monica you said no more project aircraft…..

There are of course levels of projects, but this is certainly too much. This was represented as ferryable by seller (who’s UK based, actually) but as is plain to see, not entirely correct. Nobody even knows where left engine is. She needs everything – phase inspection, gear overhaul, prop overhaul, engines – the lot. Huge project.

This was represented as ferryable by seller (who’s UK based, actually)

That made me laugh

This was represented as ferryable by seller…

Not entirely untrue. One can easily tow it onto a ferry.

We also have one “developing project airplane” sitting in our airport. It came here last winter, somewhere in February, using its own power and flying all the way from Russia. Few days later, when trying to depart, the women pilot found that she cannot start one of the engines. Quick check by the local mechanics left them turn their heads in disbelief as the fact that the airplane came here on its own power seemed to them hard to believe but there are witnesses who saw the airplane fly in and no spotters reported seeing any MU-2s on the roads around the airport in February.

Since that time, this lovely MU-2 changed aprons twice but otherwise remain stationary for six months. I am quite curious to see what is gonna happen in the future. Such a lovely airplane… What a pity… What’s wrong with the engine, do you know? A TPE331 that doesn’t start is normally a starter/generator or fuel controller gone bad. Good little planes, the MU-2’s, once you get past their idiosyncrasies.

Go for it @adamfrisch !!! I love the write-ups with photos. The wiring photos from your current project still make me smile!


Good little planes, the MU-2’s, once you get past their idiosyncrasies.

From what I understand, MU-2s are very well supported by the factory unlike some US designs.

dirkdj
EBKT
35 Posts
This thread is locked. This means you can't add a response.
Sign in to add your message

Yet another "new" "toy" to fly for me... (Beech 33)
Scotland trip and must see airfields/places
Premier 1A ride and pictorial.
New Twin Commander Forum