What are people's take on SE night then? I seem to get widely varying views towards it. I like instructing it, but must admit I won't do Night+SE+IMC as I think that is stakcing the cards too much against me (perhaps not rational but there you go).

Had a pub debate with a mate about the best place to aim for a forced landing at night as well. We came to the conclusion near a road / habitation if possible, but are fields more aligned parallel to a road or perpendicular? We scientifically researched on the bimble home and came to the conclusion that there was no pattern at all so no use as a theory!

The key thing to note is that the plane doesn't know whether it is over land, sea, night or day.

Although I'd be more inclined to fly at night in warmer climates.

Night+SEP+IMC with a risk of airframe icing is all a bit too much I think.

I don't think there is any great solution to the risk management of flying SE at night.

There is a partial technological solution, in the form of a decent moving map GPS which runs a really good terrain map.

Nowadays this is possible, using DIY-generated mapdata, running under some generic moving map app like Oziexplorer.

IMHO, at night, having a "real" terrain map would be a lot more useful than having nothing, because you could aim overhead a sizeable field and orbit down until you get the "500ft" warning from your Garmin 496 (or similar)

and then you line up for "final". I know it sounds like wishful thinking but people who end up in a forest tend to completely smash up the aircraft which has to be worse.

When I fly e.g. over the Alps, and I see them overcast, I am not going to turn back. I just fly straight over the top. But I would be running this 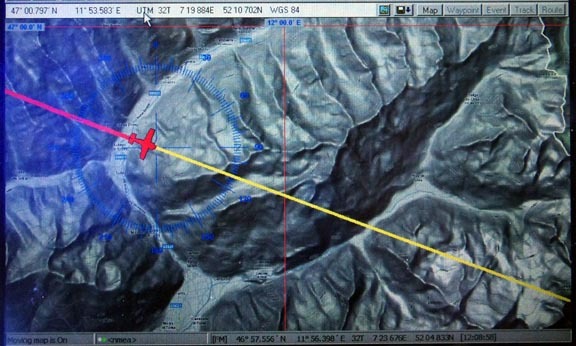 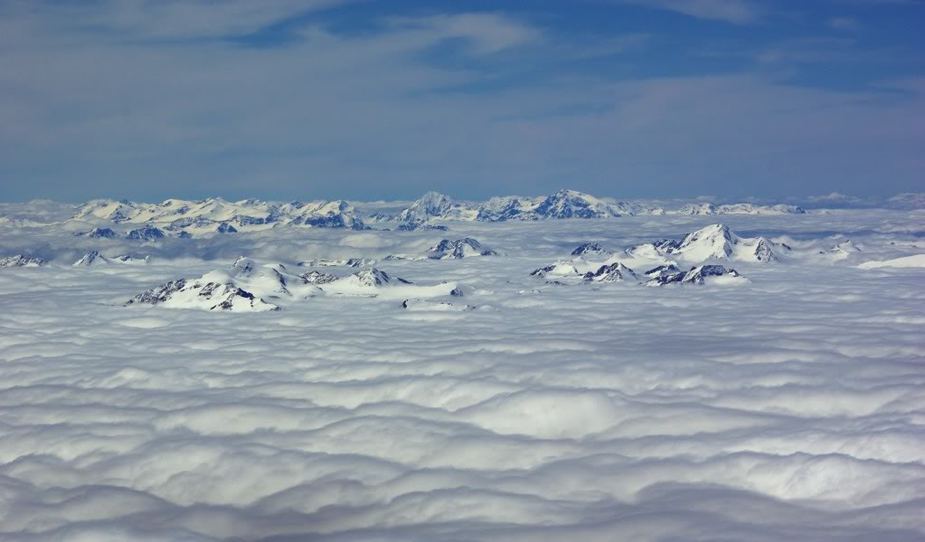 than just hoping for the best - which is more or less what you are stuck with on any genuinely dark night.

Obviously I would not do this at night

I used Mobile Atlas Creator (but you want v1.8, not the current one, because they got screwed by lawyers) to generate the above Alps imagery. It is about 50GB for all the Alps and covering the mountanious areas all the way down to N Greece. (And yes I know where 1.8 can be found

I have just tried Mobac 1.8 to see which of the few not-yet-blocked map sources are still working which deliver real satellite photography (Google Earth is blocked now), and Microsoft Virtual Earth still works and IMHO this has to be better than nothing when flying at night! Mobac just generates a load of map tiles which you then run under one of the supported moving map apps (Oziexplorer is the most popular one).

Unfortunately for Ipad owners there is no way I know of to make this work on an Ipad; you need a Windows or Android device. It may be possible, via some long winded route, to generate QCTs and run them under Memory Map. There is a real shortage of IOS apps that do a generic moving map functionality with DIY maps.

On a different tack, and this is largely tongue in cheek

this would improve your chances. The 1st Gen and 2nd Gen scopes are almost useless (I know) and the 3rd+ Gen ones will get you arrested trying to export them from the USA

But you would need totally re-done instrument lighting, etc. and pilots who fly with this stuff need a lot of training.

Peters area of the Alps above is very remote - not somewhere I'd choose to be at night in a single. If you made it to a valley and survived, you'd still have to find people. Not always so easy.

An FAA examiner suggested to me that night (VFR) is facilitated by following interstate highways (motorways), particularly through mountainous areas. Staying just to the right would make sense to me, but in the UK I'd be nervous of somebody else flying just to the left and coming the other way!

Er, no. Rules of the air are the same in UK. Keep a line feature you are following on your left

Piper.Classique
It's supposed to be fun.
LFDW
Big Pistons Forever
06

About 15 years ago I decided that I would no longer fly single engine aircraft outside of the circuit at night. I felt that the chance of a survivable forced landing was just too low. When flying at night in Multi Engine aircraft I also always file IFR.

I guess the older I get the wider the yellow stripe up my back gets......

Food for thought. After reviewing GA night flying accidents in the US I have concluded that if you where a non instrument rated PPL flying a single engine aircraft the risks of a fatal accident for any given flight was up to 25 times higher then the same trip during the day.........

Peters area of the Alps above is very remote

Not sure I would agree, Silvaire.

Look closely at that topo image. You can see roads and allsorts down there.

When I fly over the Alps in good conditions (most of the time thankfully) I see loads of flat-bottomed valleys, and all of them have some form of habitation in them, and usually roads.

Now, this is not the same thing as the OP which is about night flying, but I think the same approach would improve one's chances. A map like the last above ought to enable one to at least avoid a chunk of forest.

The standard VFR charts are not much good for that because their depictions of forests are rather "stylised" for CAD database purposes.

Landing in trees reminds me of N403HP which was one of several "locals" of mine who are no longer around, and you can google for some quite bleak images from the vicinity of LOAV.

I have concluded that if you where a non instrument rated PPL flying a single engine aircraft the risks of a fatal accident for any given flight was up to 25 times higher then the same trip during the day.........

I wonder if there is another factor in there e.g. the night flyers doing a "Kennedy". It's obviously not possible to fly on a totally dark night unless one is instrument capable, or relies totally on an autopilot. But nobody tells you that when you are doing the night rating

Hi Peter - I've been up that dead end valley, was up there once exploring from the main road to Lienz. :-) In the main valley there are people, but I think if you stray at all from the road and there is nobody.

The next road on your heading, in maybe 6 miles, is/was a little tiny one across Italian/Austrian border called the Staller Sattel, with traffic lights limiting the road to one way traffic for a stretch. The pass road is closed at night.

Between the two roads there is nothing.

As a matter of interest, those of you who wouldn't, or won't fly SE at night, would you still have the same view if your aircraft had some form of ballistic recovery system, like a Cirrus for example?

I'm not advocating SE at night in any way, just wondering for those if you who deem the risks too great at the moment, whether they would improve with a chute - and more to the point, whether you would then fly SE at night? (PLEASE don't turn this into another Cirrus attack thread either!)

those of you who wouldn't, or won't fly SE at night, would you still have the same view if your aircraft had some form of ballistic recovery system, like a Cirrus for example?

For me it clearly helps, but I would say it depends on the kind of terrain you will be overflying. With the chute you have a really high possibility of saving your bacon, according to (other's) experience, but if you're going to end on a sloppy rocky hill I suppose this survival probability is reduced noticeably.

Coolhand
LECU - Madrid, Spain
49 Posts
This thread is locked. This means you can't add a response.
Sign in to add your message