Prospects of US Experimentals flying in EASA-land?

I am thinking of this: 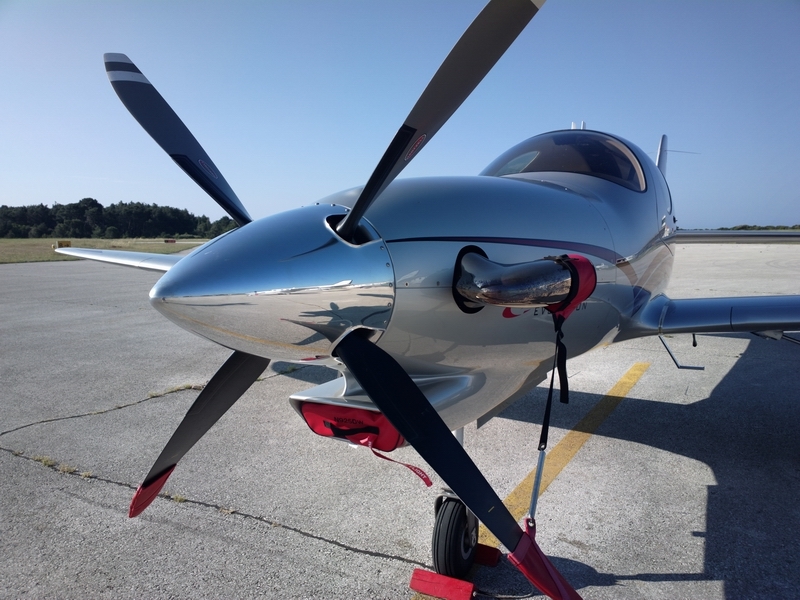 I am sure the answer is ZERO during our lifetime (I am 56) but you never know.

Well, there are several people doing this today. One is Swiss and Switzerland is not known for Italian/Greek style laid back prosecution.

Let's setup a group for the Lancair turbine. Only condition: it has to be stationed at my airfield

Yes I know you can do it.

You can do it anywhere where nobody too smart will be nosing around, and anywhere in southern Europe will do just fine because they are quite chilled about life down there.

Germany or UK - no way. Well maybe from a UK farm strip.

Switzerland has always done its own thing - variations from JAA, etc. They did the FAA to "JAA" conversion with zero min training (not the usual 15hrs) for years. And flying NDB procedures using a GPS, in the initial IRT! But not in an N-reg, which is why I didn't go there. Maybe if the UK leaves the EU... so long as this thing can overfly Germany, no problem.

The Evolution just looks too good to ignore.

That guy with the Learjet from the museum without CoA, insurance, maintenance, pilot license etc. was operating the aircraft for quite some time a small GA airfield in Berlin until he crashed it. He could still be flying today.

so long as this thing can overfly Germany

Under VFR, yes because of the ECAC arrangement. Under IFR, no (see German AIP). I bet it happens many times every day. Overflying Germany IFR without a working DME is illegal, too and nobody cares.

My only concern would be the investment. If the authorities eventually get to me, it would be an expensive write off. And of course there is the problem with pissing off people who then take revenge.

If I lived in the US, I would definitely own an experimental. Well, maybe I would be obese and not fly at all

Yes but a Lear is a certified plane so nobody is going to question it being parked there unless they "know something".

Any half keen plane spotter will know the Evolution parked on the ground is uncertified and if he feels a "socially responsible citizen" he will report it. Also his photos will be all over the net and all over the spotter forums. A lot of people working in aviation regulation are spotters.

Overflight is also a non-issue. ATC are not interested in questioning it, and anyway anybody who flies anywhere will soon realise you can file a flight plan using any ICAO type regardless of what you are actually flying. In this case I would file it as a Jetprop - similar performance. In fact, would a US Exp even have an ICAO type ID? Loads of people mis-file the ID and have been doing so for years, because Eurocontrol don't always have the right one, or there is ambiguity over which to use. You can also file flight plans with typos in the callsign.......

Parked long-term, this one would have to be legit.

Switzerland has always done its own thing - variations from JAA

The official party line in Ittigen is no differences to EASA

And flying NDB procedures using a GPS, in the initial IRT!

But only under simulated IFR in VMC.

Let's setup a group for the Lancair turbine. Only condition: it has to be stationed at my airfield

EDTY is much better for an aircraft like this...

Also it would not look obvious amongst the other turbine stuff based there :)

Make sure you're retired with lots of time before you get a super complex experimental... :-) A very nice guy local to me in the US flew war birds, P51s and T-28s, then about 10 years ago he decided he was through with all that ex-military piston stuff because the maintenance was too expensive. Instead he built a Turbine Legend... and he's been working on it ever since! It's sure a beautiful thing but it apparently breaks a lot - when there's a lot of stuff to debug it can take a lifetime to debug it all. When I was visiting him at his hangar one day he was pulling the engine to repair a cracked engine mount.

Re FAA Experimentals in Germany, I noticed a while back that a well known American ex-BMW motorcycle 'designer' (I call them stylists) was selling his Pitts S1 in Germany, and that it was both N-registered and FAA Experimental Amateur Built. It did make me wonder, since I might be interested in something like that one day.

I fly certified aircraft in the US because I don't have time to build one myself (maybe later) and it can be less expensive to buy used certified aircraft than existing homebuilts of the same quality. Maintenance issues are little different if you have A&P friends, and if you don't want to modify the certified aircraft. So with the obvious exception of installing uncertified avionics, I don't think owning an normally FAA certified aircraft is such a bad solution, regardless of where you live.

Of course, it is possible to fly US experimental planes in EASA land. I have myself an N registered monowheel Europa XS (so experimental). This is not as visible as a lancair evolution but pretty unique where I live, being based in Ukraine (so just outside of EASA).

I just did a trip from Ukraine to Belgium and back. So it is really possible and no real issues, except the time it takes to get all authorisations. That was in VFR but I intend to do the same in September this year under IFR after installation of a GNS480 and a DME in my plane. Not really a plane for hard IFR but allows you to get far in a minimum of time with a very low cost.

So some items I would like to draw your attention to:

So it is all about knowing the specific laws of the countries you are overflying and adhering to it. Or at least doing the minimum needed to ensure that no issues will be encountered enroute.

I heard that Sweden allows to fly IFR with their experimentals/homebuilds. If you really think about flying a serious experimental in Europe, I would suggest to evaluate this route. This will certainly be less visible and question prone than an american registered experimental.

ploucandco
Ukraine
10 Posts
This thread is locked. This means you can't add a response.
Sign in to add your message

How to get into an airliner RHS with almost no experience of flying yourself
Cessna 182 - SMA Diesel (this time by Soloy) and innovation in GA
Lancair Evolution turboprop in Europe
Glass cockpit v. Conventional instruments - NTSB accident rate comparison