I’ve been wondering, what is ground for using such machines in police or similar organisations.
One was just doing comaprision, about why state needs to buy one police helicopter, when multiple autogyros could do a better job for a lot less price.

If they are non-certified that means no comercial flights can be taken, but what police work is categorised under? Does that goes under “comercial” flight?
And what if it is not… that means police can use machines with spare parts from automobile parts store.

It seems like.. all certification process and hassle about regulation as just avoided and been there for nothing. 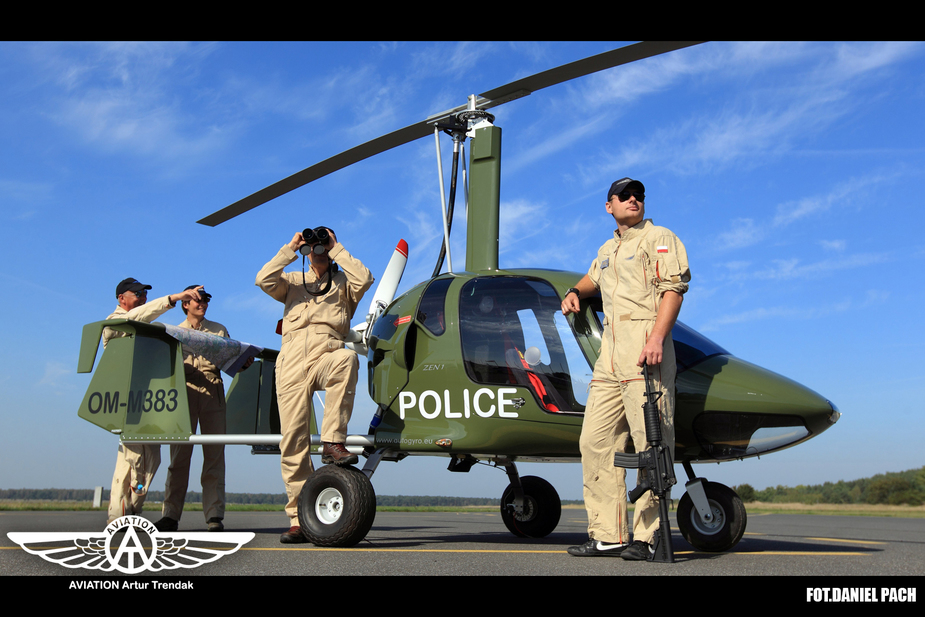 Dubai police planning to have their Lamborghini replaced by eVTOL soon, so I guess they could just re-use the same spare parts

Military may operate/maintain their aircrafts like an experimental category (no pilot/engineer licence, no certified facilities/parts), RAF got load of their “CAA aircrafts” grounded because of a dodgy past history but I would expect the police to have a decent compliance: at least their cars have registrations and are insured for third party liability, the few exceptions tend to be aircrafts like C130H/A400M which tend to have all the right paperwork

Police helicopters hover for minutes, or move at slow running pace, with searchlight on a subject and megaphone playing a “you are surrounded” recording. Not sure an autogyro could do the same.

In the US, “public service” operations exempt the aircraft from much of the TC and certification requirements. I used to fly around occasionally in a “public service” ex-military King Air which was not an FAA certified version (wrong engines), had a non-certified baggage pod and also had one main gear leg from one model and the other for a different model… they were visibly different. The advantage for the contractor was that it was almost valueless and therefore cheap from them to buy.


I’ve been wondering, what is ground for using such machines in police or similar organisations.

States can do whatever they want, as they do with military aircraft. Opposite of what paper movers think, It’s not the paperwork that defines airworthiness. it’s the technical condition of the aircraft. But, no matter how you look at it, keeping an aircraft airworthy requires lots of man hours. The air force typically have all the people they need, something the Police may not have. Instead of hiring a staff, that not only shall keep the aircraft airworthy, but also produce procedures, training, engineering for how to do it, it is much more cost efficient to use “off the shelf” civilian standards, equipment and personnel when needed. Why re-invent the wheel when there is no need for it, and it will cost more? A police helicopter is just like any other civilian helicopter.

They may still install odd equipment etc, but to much of that, and the aircraft could be worthless on the civilian market, which may or may not matter.


Opposite of what paper movers think, It’s not the paperwork that defines airworthiness. it’s the technical condition of the aircraft

Not that I’m in favor of papers. I’m oposite of that, but, there are purpose of certification.
I’m not trying to start debate who should fly what in clubs or for private use. If one wants to trust a company instead of rules, than no problem.
But state on one side is enforcing the rules for providing services from air, and on the other side, it is breaking the same rules.
And… good procedures and engineering is not the anwser. Why I, as a company, can not use same rules and engineering and do the same. :)

ermajn
LQVI,LJMB
6 Posts
This thread is locked. This means you can't add a response.
Sign in to add your message