A homebuild amateur from Germany forwarded me an email from the Swedish CAA where he asked them about flying IFR with an Annex II experimental aircraft registered in Sweden. Here's the answer:

A Swedish amateur built aircraft may fly IFR if the aircraft is properly equipped.

This is great! A Swedish experimental can roam freely in Europe (ECAC members to be precise). However, the ECAC agreement only grants the automatic entry permissions for VFR so technically speaking there is no approval to fly IFR from e.g. Sweden to Germany.

Can you put a Lancair Evolution onto the Swedish reg, and what is involved in getting it maintained? 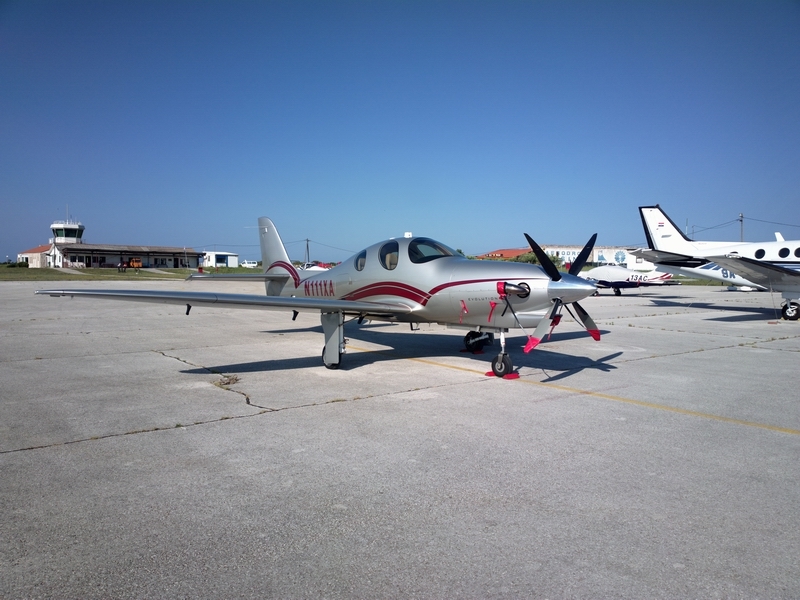 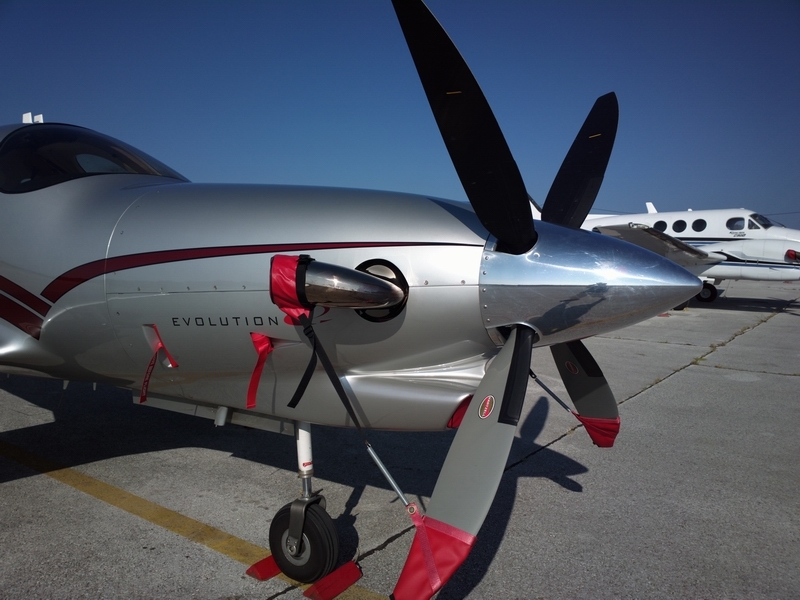 But if one needs a permit to fly IFR outside of Sweden, one is back to the same thing as before, isn't one - especially if "too many" people start doing this.

Flying your N-reg Lancair from Shoreham to Losinj IFR is slightly different from doing it with an SE-reg Lancair. For the N-reg, the aircraft isn't even supposed to be in Losinj and all the other countries' airspaces (assuming you didn't request permission from 5 CAAs before your trip) while the SE-reg Lancair is just not supposed to be on an IFR flight plan.

I have mentioned before that every airplane without a working DME or a working 2-axis autopilot when single pilot is completely illegal IFR in Germany's airspace and yet it happens all the time.

Difference between death row and sentenced to life I guess

Don't know about the Lancair Evolution TP on X-reg in Sweden, but we have (had) a couple of IVs with pistons. As achimha says, IFR in Sweden is a matter of having the required equipment installed in the aircraft, not a particular aircraft. Generally, we're quite open to this sort of thing and I know that one guy was considering replacing his straight IV with a turbine IV years ago. Not sure why he didn't get around to it in the end.

Most IFR equipped X-regs in Sweden fly all over Europe that way, and they all just shrug their shoulders when asked about it. Besides, if nobody asks why say anything.

Before doing that I would look carefully at the aircraft I intend to use. Many of the earlier kitbuilts were not very good IFR platforms, squiggly and nervous - an autopilot being a must. Personally I want to know that I can hand fly in the soup if needed, not rely on electronics to keep the sunny side up.

You don't need to use an approved shop for the aircraft if you build it yourself and attend some EAA courses in maintenance. With a turbine it may be a different stpry but the general idea about an experimental is that you can learn to maintain it yourself, or if you built it you probably know it better than anyone else. Either way it is a much cheaper way of owning your own aircraft.

An 'experimental' aircraft will only have a limited airworthiness approval limited to the state of issue. You can fly it to other countries, subject to permission or the ECAC agreement, but that permission will usually be day/VFR only. That will usually be stated in Gen1.2 of that country's AIP or in an AIC.

I recently flew a N reg'd amateur built aircraft from the US to the UK and the permissions only restricted me to the limitations of the FAA, which permitted night and IFR. But those permissions were restricted to a limited period of about 2-4 weeks.

So your SE reg'd homebuilt may be able to fly IFR in Sweden, but not legally be operated IFR or permanently based outside Sweden.

There is a move to get IFR approval for permit aircraft in the UK which is making some progress, but that won't automatically equate to privileges in other countries.

This keeps cropping up and claims are reappearing that it is just around the corner.

The above terminology is loose, because e.g. “Permit” is a UK term, and the weight categories vary around the place anyway. But all these are aircraft which do not have an ICAO CofA.

What I am trying to understand is how would this work. There is no framework for IFR certification unless you have an ICAO CofA. The only option is to file a difference to ICAO – which is what the USA has done with its Experimental regime (whether the USA has actually filed the difference I have no idea

). But EASA has not indicated that they want to do that.

And if you did do that, how can you then continue to enforce TSOd equipment, plus the whole ludicrous Major mod regime etc etc, for aircraft that do have an ICAO CofA, and keep a straight face? For example it would be legal to fly IFR with a Dynon GPS, but the same GPS cannot even be screwed into a TB20.

I can see that technically it could be done, for all-metal types which ought to meet the static/lightning protection implicitly, perhaps with some (very cheap) bonding added. That would rule out all the “all-plastic” types. Then you need to throw in some bits of Part 23 e.g. proper control surface behaviour. Then install some suitable navigation gear.

But what will you get in terms of mission capability? Euro-land is heading for ever tighter requirements on avionics for IFR, with RNAV1/PRNAV which can’t be met unless one blows five figures on avionics, which very few people want to do if they are flying a non-ICAO type (there will be rare exceptions e.g. a Mustang with a G500 which is parked not a million miles from where I am). So you won’t be able to file Eurocontrol IFR flight plans. That leaves IFR in Class G only which, ahem, ahem, cough, cough, anybody can do anyway, already, right now. Even in Germany, if nobody is looking

The only thing which is dodgy is turning up, in a homebuilt, at say Biggin EGKB (Class G) in OVC003 and asking for the ILS. VFR in IMC being a common UK practice in everything from kites to >2T twins, one can be PROB99 sure nobody will raise an eyebrow, but it is “obviously illegal” unless you legalise it by declaring a mayday.

What am I missing? Can anybody see a way it might hang together?

Does a Euro-land national CAA still have the option of doing its own thing and implementing a sub-ICAO regime, in its own airspace? It would not be very useful because you could not fly (IFR) out of the country.

I think a lot of people are doing a lot of wishful thinking.

That leaves IFR in Class G only which, ahem, ahem, cough, cough, anybody can do anyway, already, right now.

UK LAA Permit to Fly aircraft are restricted to DAY VFR at present. (The required notice on the instrument panel also says “No Smoking”, but doesn’t yet mention “have eaten 5 pieces of fruit/ veg in previous 24 hours.”)
I’ve logged some night landings in a Jodel DR1050, when they were CAA C of A aircraft – pre EASA. I’m hoping to be able to do night flying again in it. I might re-validate my IMC rating for getting back in weather like today – beautifull on the west, fog lifting, but still threatening on the east coast.

No there are EASA Permits!

aircraft which do not have an ICAO CofA

ICAO make recomendations, they do not issue Cs of A! Cof A is issued Nationally or by EASA

The only option is to file a difference to ICAO – But EASA has not indicated that they want to do that.

To file a difference you would have to be an ICAO signatory, EASA is not!

That leaves IFR in Class G only which, ahem, ahem, cough, cough, anybody can do anyway, already, right now.

Only if they have a UK National licence (pre1999)and then only in a Annex II aeroplane. An EASA licence and a JAA licence gave no IFR privileges without an Instrument qualification except that the JAA licence allowed IFR at night when required Nationally.

EASA does not understand GA and has no interest in it, especially GA operating IFR.

Getting an IR is the easy bit, unless you own an aircraft, being able to afford to use it, is way outside the average GA pilots budget.

A top EASA official (name you can guess) told me, face to face, that EASA can force each EU country file a difference to ICAO. He said they were going to do that on the LAPL, because it has a GP medical which is therefore sub-ICAO. No idea if they actually did that.

Reportedly, EASA tried to get an ICAO seat but ICAO told them that they can’t have it unless all EU countries resign their seats, which they obviously refused.

Getting an IR is the easy bit, unless you own an aircraft, being able to afford to use it, is way outside the average GA pilots budget.

Yes – very true, and we will never see the Eurocontrol skies full of C152s, PA28s, etc, as some people unfamilar with GA feared. But the CB IR should increase the number of pilots who have an IR, and who might presently fly dodgy VFR around Europe, and are forced down below CAS because they are VFR, not because there is conflicting traffic higher up.

Can anyone suggest a way to drive the IFR certification process for non ICAO CofA aircraft?

Homebuilt/ultralight are a vast group of very different things. Not only is homebuilt != ultralight, but also homebuilt != homebuilt and ultralight != ultralight because they are all Annex II aircraft. Certification and operation is handled according to national rules and regulations which varies wildly from country to country. France, Italy and the Czech Republic typically has a very relaxed regime, while Germany and UK has a draconian regime. Others are somewhere in between. Neither ultralights or homebuilt has any relevance to EASA regulations. However, neither CS-LSA or CS-VLA (EASA Certifications) are allowed to fly IFR, so ultralight and IFR will never happen.

The reason for this change has to do with one particular thing. From 2008 homebuilt were issued a Permit to Fly instead of a Certificate of Airworthiness , with the limitations following the “Permit to Fly” (no IFR etc). After much legal disputes it became clear that according to the law the CAA have to issue a Special Certificate of Airworthiness (SCofA), not a Permit to Fly. The details about all this is rather intricate and lengthy (just read it myself). The result is that a “Permit to fly” is issued until the test flight period is over, then a (S)CofA is issued.

I think that much of this trouble is due to the interpretation and meaning of CofA. Somehow this has changed from the original meaning; “material” airworthiness of the aircraft, to exclusively mean airworthiness of certified aircraft, to the point where airworthiness has been a synonym for certification. Even longer, to the point of meaning: nothing can be airworthy unless it also is certified. This was never the intention when the laws were written. They were clearly written to allow for Special CofA when ordinary certification was not possible, needed or for whatever other reason. Further, the “Permit to Fly” was put there to allow for (test)flying, overflight etc when no CofA existed, not as a permanent “non-certificate”.

LeSving
ENVA ENOP ENMO, Norway
243 Posts
This thread is locked. This means you can't add a response.
Sign in to add your message