The CAA and LAA collectively delivered the full Permit to Fly for G-ORVX on Thursday, so it was time to see what the RV-10 can do in my hands. I chose to go and fly it alone – i felt that I would perform my best with nobody sat next to me, and could take my time to work the machine out. I’ve already been right seat for nearly 7 hours, so have a good feel of expectations and have the numbers drummed into my head.

It was going to be an interesting day – as there was zero wind. No helpful headwind for the short strip.

First take off was daunting as you would expect. Everything seems new – even stick forces are strange, and none of the instruments are where i expect them. I flew for an hour, and during that time things quickly became familiar. Lots of general handling, a few stalls, approach configurations, and then i felt ready for a few circuits at Goodwood. The overall objective was to be able to land back at Deanland’s 450m grass strip, so there was no point practicing floaty landings – this was all about nailing the numbers at a precise speed. So it was 60KIAS on the dot.

First T&G went well enough, a burst of power to arrest descent meant I missed the numbers, but still landed in a respectable distance with a nice soft touchdown. On application of full power it just leapt immediately off the ground and required a very high forward stick force to climb out at a sensible attitude. Next one, i wound off some trim before power and that was nicer. I tried a few different approaches, and in particular a hot & high one (caused by a helicopter busting the circuit). I found that the aircraft needs a lot of planning and 1000ft turning final isn’t going to work too well – still got down, but touched down a third of the way down the runway rather than at the start.

With 9 landings out of the way at Goodwood including a full stop, i set off to Shoreham to do some asphalt. This landing went extremely well, no problems at all. Being a castoring nose wheel, it takes a little more effort to taxi than a steerable nose wheel, and in particular seems to like being a the “right” speed – too fast is twitchy and too slow lacks control.

Then i picked up a friend (you can call him Ballast) and set off to Deanland. We lined up at the start of Shoreham 02 and were airborne before the start of the runway – this aircraft does not hang around on the ground. A couple of touch and goes at Shoreham before departing, Then to do the first short field approach into Deanland 24. I landed fairly firmly (the most firmly yet) but it wasn’t bad – and stopped with ease without brakes. A result, but a bit of room for improvement. Then it was back to Shoreham to deliver Mr. Ballast back to his car before continuing my journey.

I then flew back to Deanland for another short landing into 24 – and this one I nailed. Soft touch down, light braking, and nearly could have turned off half way. I then picked up 2 big guys (85 and 95 kilos) to be my bigger ballast. We went for a 30 minute general handling, and then landed back at Deanland. Getting more confident now – nailed the landing and stopped without brakes.

One final flight for the day, and i’m done – ready to announce to my wife that i’m confident and ready to take her and my little boy up for some flights. Today was 4 hours and 18 landings.

The weather tomorrow (Saturday) looked great, so we’ll plan to whizz over to Le Touquet for lunch. My dad came over in the evening and announced he’d come, so we’re now 4 POB. So, GARs and FPs done in advance…. and my first ever flight in command of an aircraft with four on board.

This morning we practiced with a set of headphones on my 16 month old and he seemed happy as long as a cartoon was playing through them – we have a set of Harry’s kids ones with a headphone input. So, off to the airfield. Everyone in the aircraft with life jackets, and life raft, and buggy in the back – all fitted nicely and everyone commented on it being spacious and comfortable. It took longer than usual to check harnesses, and my dad closed his door with the rear shoot bolt not in the hole – the reason that several RV-10’s lost their doors in flight. Luckily the Dynon alerted me to this before I even came to the checklist item.

Take off uneventful, using about half the runway. Climb on AutoPilot to 5300 and then straight and level at full throttle and 2450 on the prop – gives about 155 indicated. Coast out at Hastings – Gin clear skies. Once within glide range of the coast, hand flying time for some fun – point the nose down and power in at 190 indicated, turning over boulogne and then positioning for a left base into LFAT 13. Long left base over the beach slowing to 120 knots for turn to final, then down final reducing gradually to 65 for the final round out. With the sun and the haze i could not see the runway until i was on top of it … so i lined up using the Dynon Skyview’s GPS extended centrelines. A burst of power to help with the 10 knots of crosswind across the runway, and a perfect touchdown. A very simple flight, and an absolute delight to fly. I’m really taken by the smooth and solid feel of the machine – and the speed is a real step up from the 130 knot Tecnam I had before.

Return flight was equally uneventful – however the landing would be my first ever with four on board, albeit small people. There was a 10 knot headwind which was very helpful, but it was gusting and causing moderate turbulence on approach. I held 60 knots and flew to the threshold – touching down just past the ‘numbers’ before turning off halfway. I just measured the distance on google earth and from threshold to turnoff is 192 metres!! Incredible – shows that Vans really don’t lie on their figures.

Today’s landing weight was approximately 1108kg according to my W&B workup – from a MTOW of 1227 – so just 119 kilos off maximum. How does the RV-10 design pull off this magic? Beats me – but it’s the reason i put a year of my life into building it, as I am very much wedded to Deanland as my home strip.

The only problem with the aircraft after all this testing is slightly high CHT on #2 and EGTs being relatively uneven. GAMIs seem like a sensible cure for the EGTs, and the CHTs most probably need some minor tweaks to the baffles and seals. It’s not a big deal – I saw 440 CHT on number 2 after a long full power climb, soon came down with a bit of straight and level at 25/25.

So – I really couldn’t be happier. The aircraft has surpassed my expectations and i’ve become familiar and comfortable quicker than I would have hoped. We will be having lots of adventures all around europe next summer, but for the rest of the year i’ll cross my fingers for decent surface conditions and do a bit of local flying to keep my hand in. 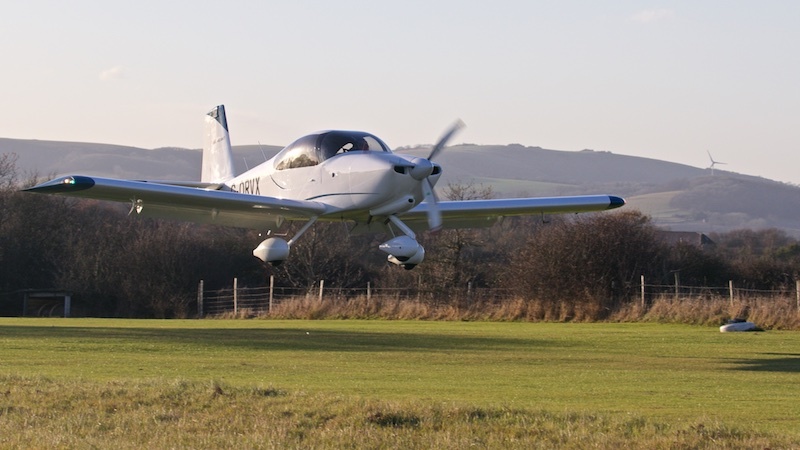 440 is quite hot, if an accurate reading.

If you have used an AFP injection system, you just need to collect some data and get different size restrictors..as opposed to the “expensive” gami injectors.

Congratulations – they do seem to be an excellent design – how many RVs are there now in the U.K.?

Next week I will start reading the LAA IFR requirements and consider a submission on the aircraft’s first birthday (12 months minimum flying before submission is mandatory it seems). Hopefully my aircraft is very nearly compliant, although my use of the VP-X will need some traditional breakers installed as standby instruments in “essential equipment”.

Apologies for the thread hijack on the privileges; there is another thread running on the LAA IFR stuff and I got it mixed up. I moved the posts.

I concur 440F is a bit too high. I have seen 420 or so climbing out of some +35C place in Turkey… Most planes with these engines can’t do a sustained climb at Vy, never mind Vx, because to do so would mean a cowling design with too much drag for a decent cruise. So, once clear of obstacles, trim for something like 120kt, or say 20kt below your normal cruise. In the “flat” UK that usually means almost right away. Plus of course one can see forward better.

Congratulations Carl. It looks very nice and also it seems it’s the perfect touring aircraft for your situation. A singificantly lighter, self-built, experimental SR22 thing. Wish you fantastic and safe flights with it.

Also, I quite liked Deanland when I visited two years ago. Short, but well kept and a lot of enthusiasts there, it seems.

When I was based at Denham one of my hanger co-inhabitants had a very nice RV10. I had a couple of short trips in that and was very impressed,, although the handling is a little on the “staid” side compared to the Falco, I would still be happy to own one. Congratulation Carl.

On first impressions, the handling does come across as ‘staid’ as you put it – but this is because Vans deliberately engineered stability into the aircraft to make it a true tourer – it was never designed to be aerobatic. This means it takes a reasonable stick force to induce roll/pitch. However, after a few hours of getting used to it, it’s actually very chuckable – the roll rate is crisp, and you can really chuck it about. When cruising at 150kt, it requires no rudder, and flies completely hands off, even in an established 30 degree roll. Reducing speed to (say) 110, and the stick forces are much lighter, and it just loves to dance.

Flying to le touquet, i nearly didn’t bother activating autopilot – it was just rock solid stable and hands off. The only reason i pressed the A/P button was to stop it slowly wandering off altitude whilst i enjoyed the view!

As we all know, there’s no such thing as a perfect aeroplane, and every positive has an equal negative. The RV-10 is very clear on the mission it undertakes – it’s a four seater tourer with some serious weight carrying capability. The single reason I bought it was it’s short strip capability – for this reason virtually all fast (140kt+) GA tourers rule themselves out (and I didn’t want a Cessna!). So for me – it appears to be the perfect machine, and one i will happily entrust the safety of my family onto.

carlmeek
EGKL
17 Posts
This thread is locked. This means you can't add a response.
Sign in to add your message

IFR in homebuilts - UK LAA programme (merged)
Why has the RV been such a success?
RV-4s for $40K
The reason why UL/LSA costs 150k+