You just have to get out of bed early to spot them. 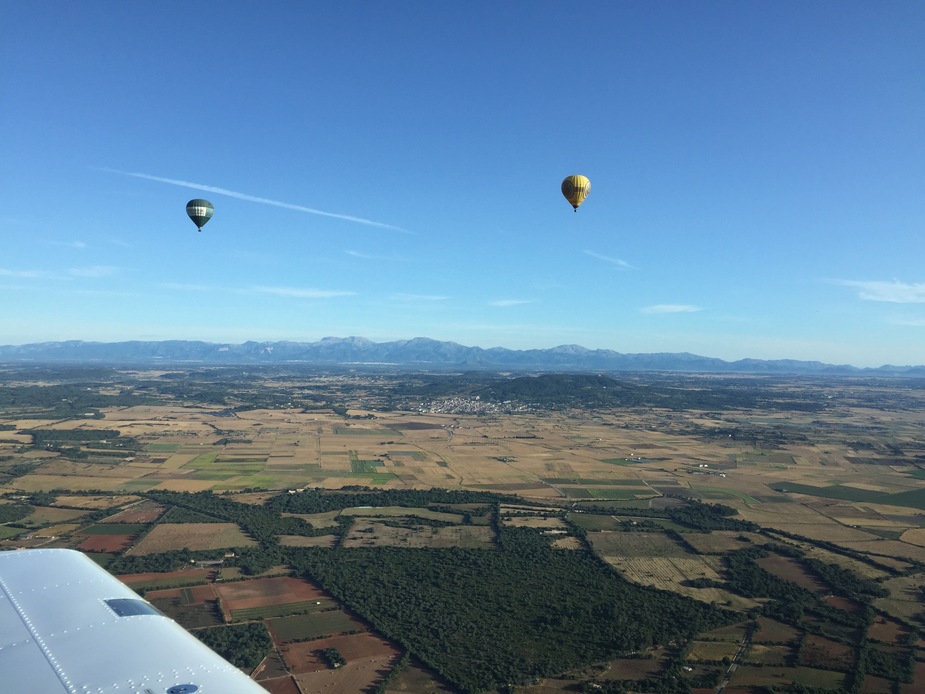 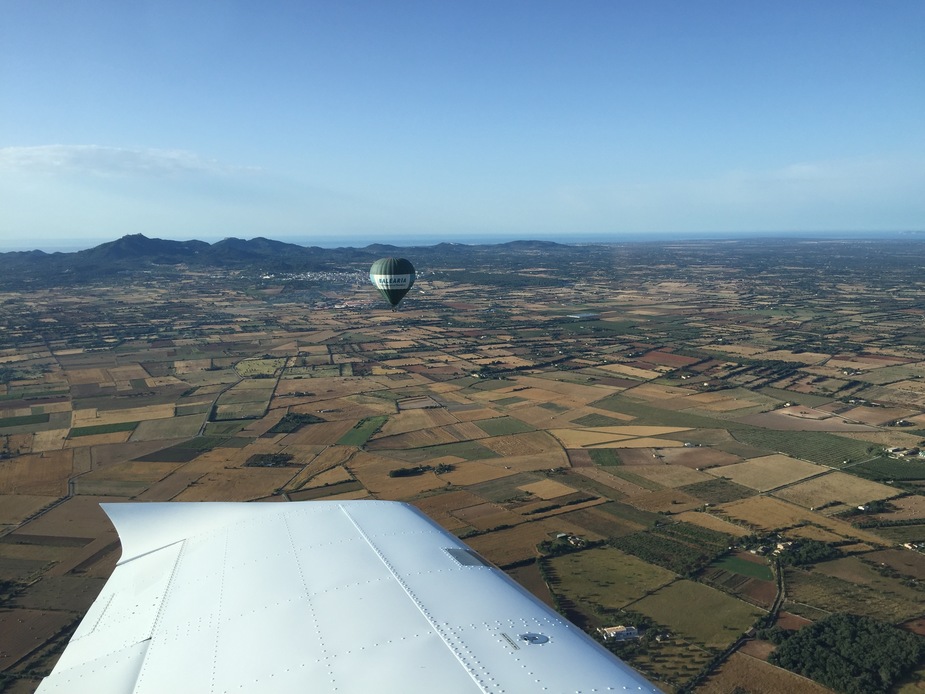 So these creatures on board were dancing and waving at me. So much for all these stories that extraterrestrials are out to get us..

Are there any balloonists on the forum btw? Would be fun to hear their stories.

It is actually becoming my new hobby: sneak out of bed at 06:00 (local time!) trying to not wake up my better half, and be in the air just after 7. Pure magic.. Not a wisp of wind, often cristal clear air, see above. Go into the mountains and fly the valleys without any risk. And then go to the Vilafranca UL field where lovely Desiree will pour me a nice cup of coffee and where I can enjoy looking at the other uncertified scoundrel doing their thing with trikes and all kind of other contraptions. Then head back and be home for breakfast. The other day i listened out on the Son Bonet frequency just before landing at my field. “For your information, fire truck number one entering runway for inspection”. Ahh, true, it’s 09:30, SB is waking up! So after the truck is back at the station the guys make themselves coffee and open the airport manual again, which says as a next item: “procedure to close down”. Wait, Aart, don’t become a cynical old fart..

Luckily there are other freaks on my field that enjoy getting up early. Here’s a shot going to Menorca. Marginal VFR but still lovely.

I realise that I’m extremely fortunate that out of the 360 days, 300 are CAVOK or even SKC.

Around Prague, you can find them at sunset: 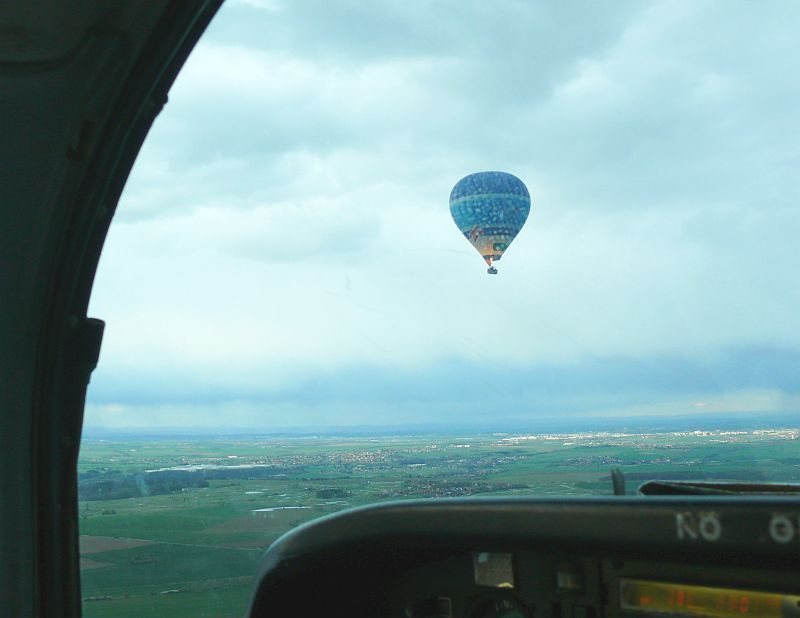 It’s really becoming a hobby to sneak out of bed early, spot a few and then scare the .. air out of them. But darn it, today they had their revenge by outnumbering me. By 81 to 1, Chickened out..

European championship in Mallorca this week. The weather was horrible and they have waited it out for 4 days but had a magnificent sortie today. It’s hard to grasp it in pictures. I learned how the game is played: they need to throw a marker on a signalling cross on the ground along the route. Amazing how some are spot on and some miss the mark by a mile. They all have a ground crew to brief them on ground winds. Big fun, will have a ride in one soon. Don’t tell them I’m that nagging Red Bull wannabe that buzzes them. Actually, I went to see them a few weeks ago and they are ever so grateful, their pax enjoy this little extra aerial encounter . 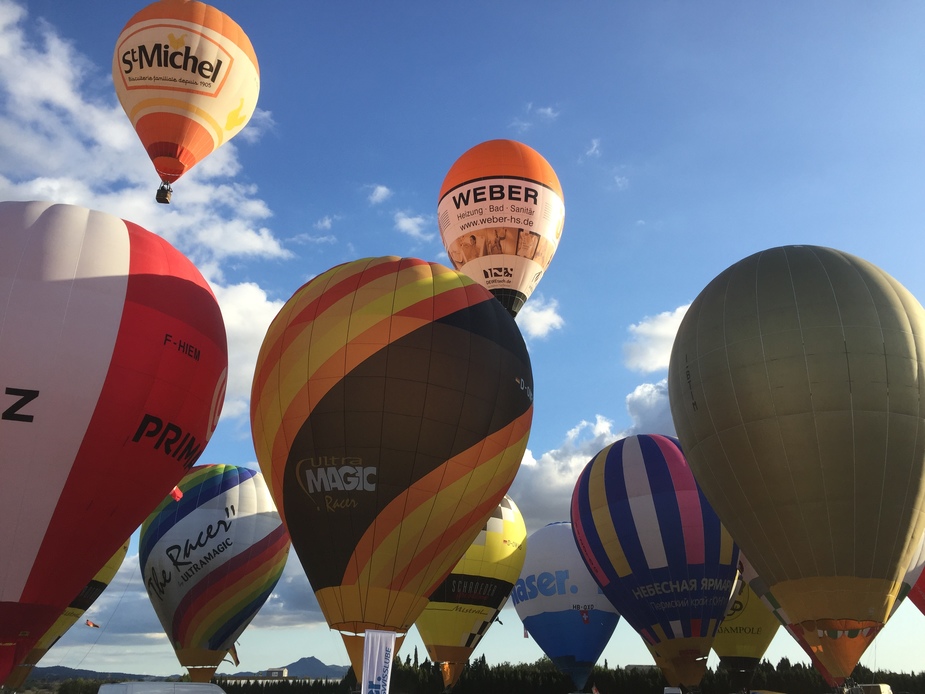 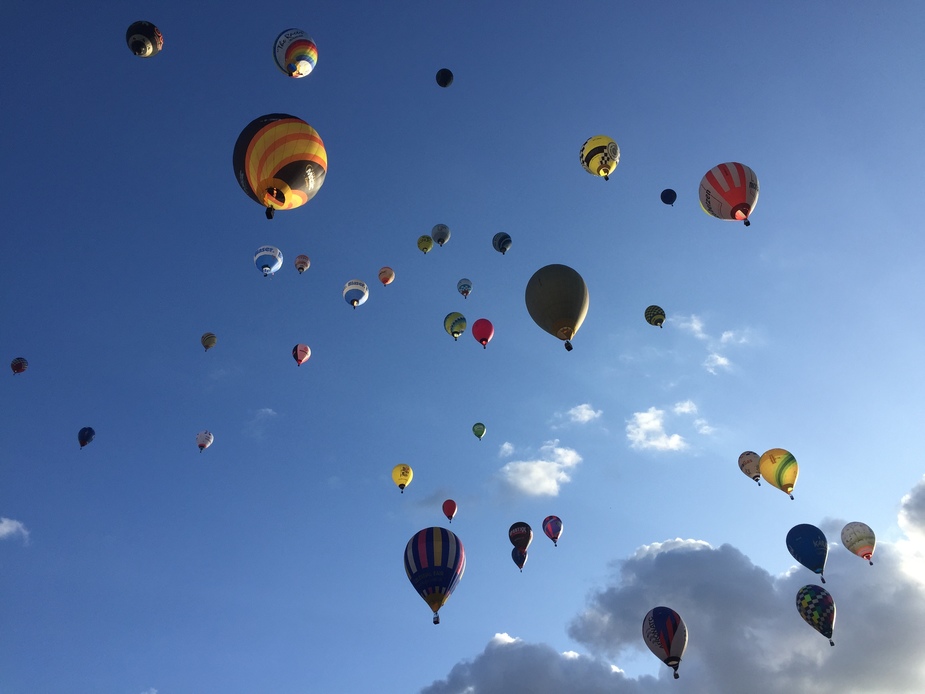 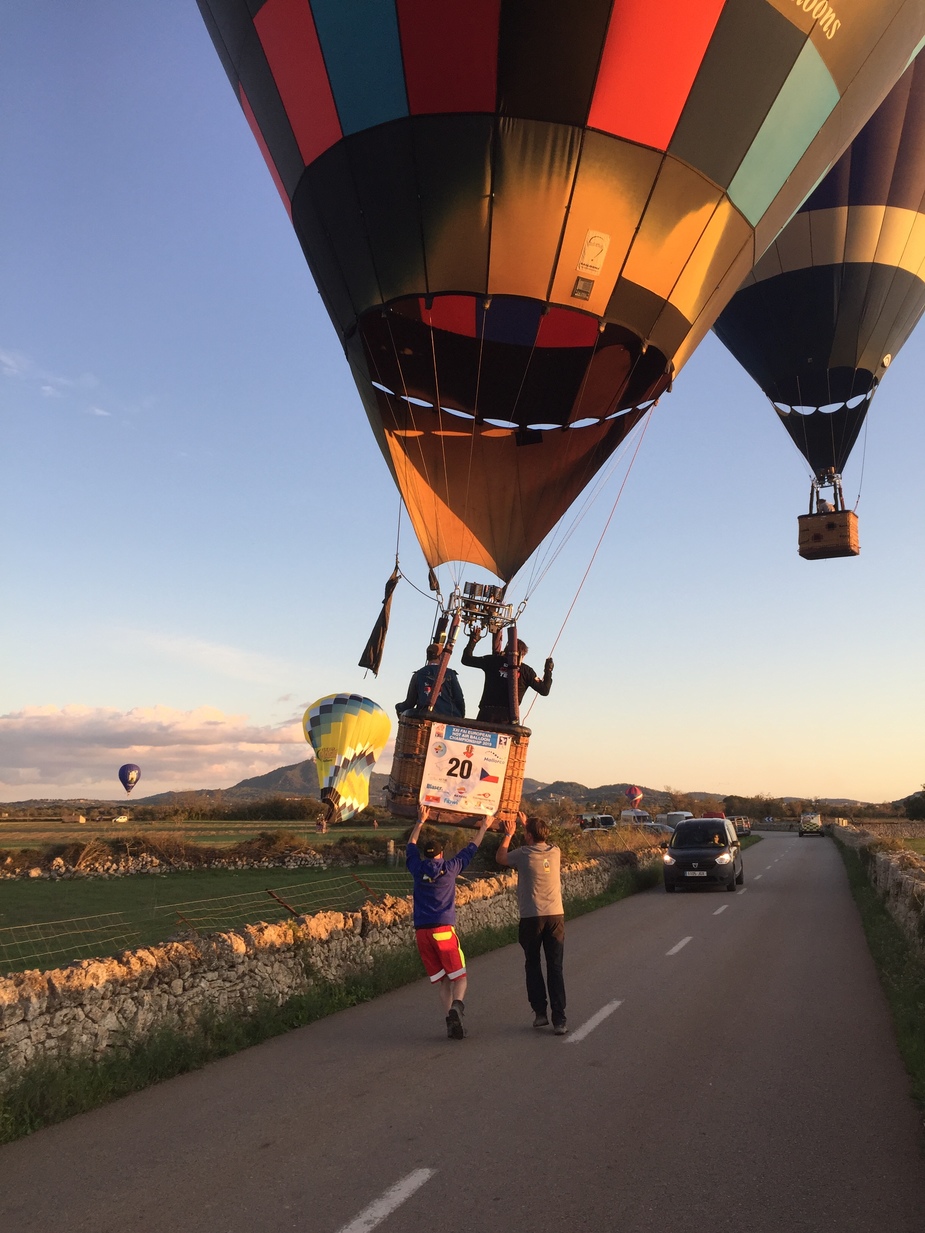 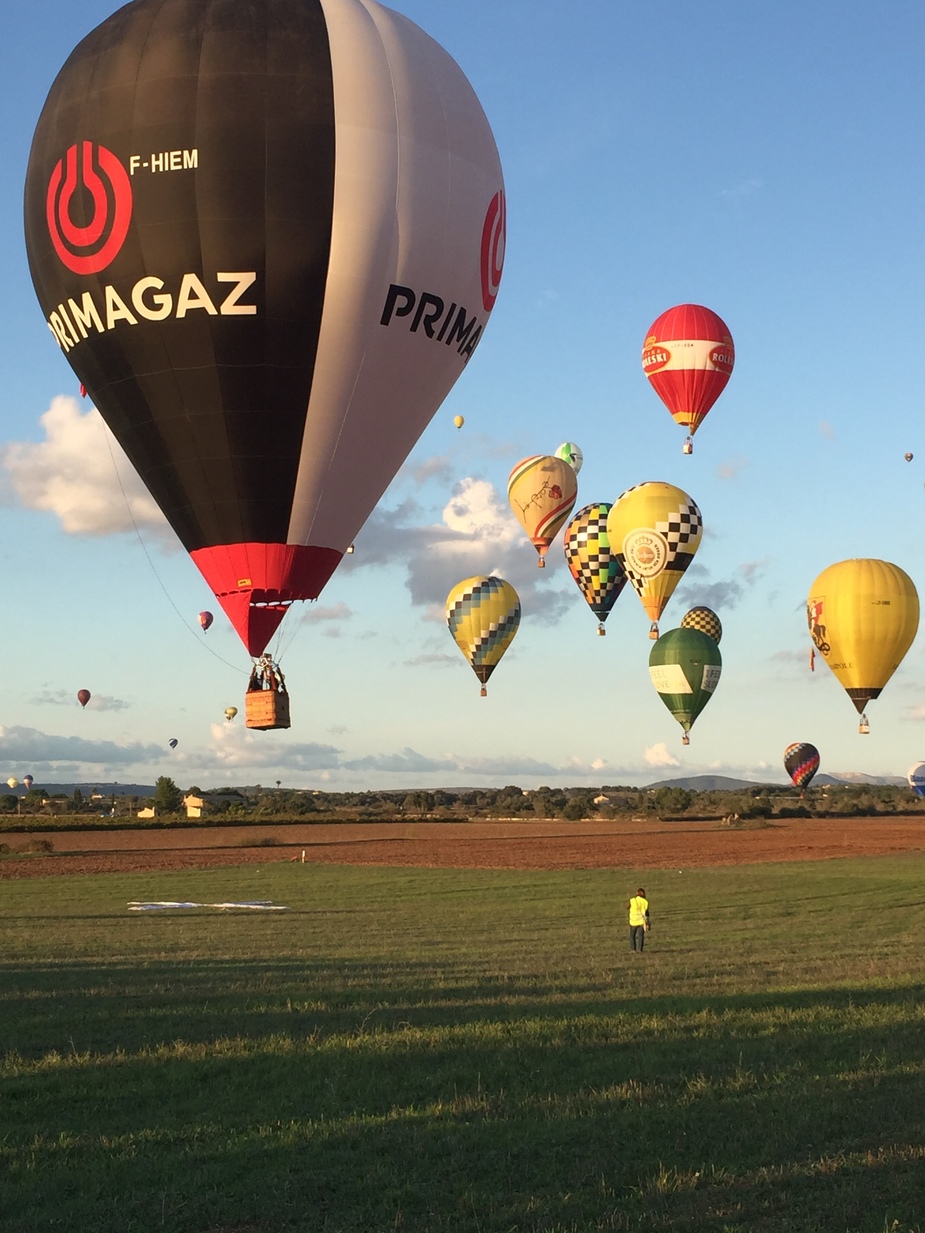 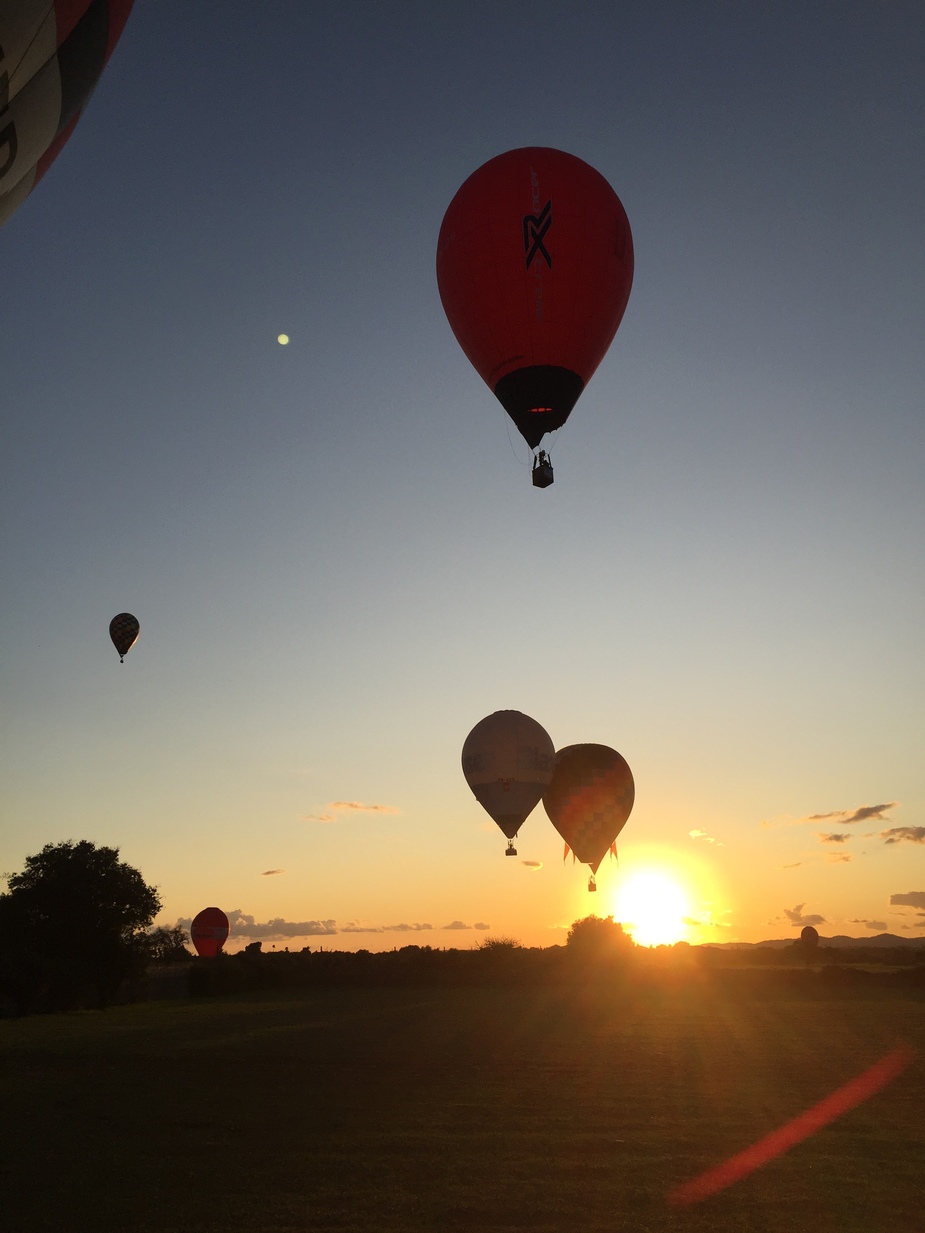 
It is actually becoming my new hobby: sneak out of bed at 06:00 (local time!) trying to not wake up my better half, and be in the air just after 7.

This! I’ll stand alongside the road with a thumb up, just tell me where!


But darn it, today they had their revenge by outnumbering me. By 81 to 1, Chickened out..

Nice, that’s a lot of them (as much as you would see each morning/evening in Cappadocia

I flew in near Bristol Ballon airshow and decided to gave them an air-to-air call (they also use UK gliders 129.9 frequency), I was surprised that one invited us to get closer and do flypasts on both sides as this makes all his “clients happy”


all his “clients happy” 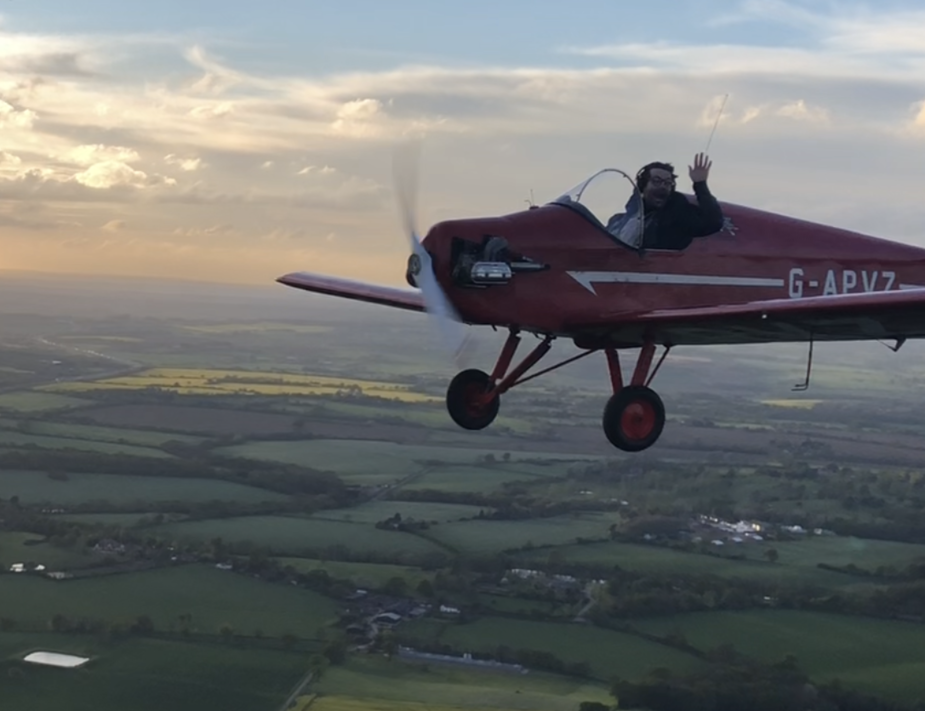 
It is actually becoming my new hobby: sneak out of bed at 06:00 (local time!) trying to not wake up my better half, and be in the air just after 7. Pure magic..

I built my hours to CPL in exactly the opposite but equally magic way.

My AA5B was based at Stansted in those days (ah…Stansted as a light aircraft airfield) and I worked in London and lived in Cambridge, so, after work every evening, I would go to Stansted, fly, as slowly and economically as possible, to Ostend, refuel (it was incredibly cheap at EBOS in those days), then fly down the coast to Boulogne, across Kent (ah…Kent Radar) and back to Stansted, get back on my bike and home for a late supper.

It was magical; not only was there no-one about, but it was dark, so no-one could see what I was doing, and I was flying simply to be there, with no agenda or purpose.

I guess the answer is to do things when other people aren’t. Like driving round London during the World Cup Final and so on.

Timothy
EGKB Biggin Hill
9 Posts
This thread is locked. This means you can't add a response.
Sign in to add your message