Last year I refurbished my airplane inside out using shops in Lithuania.

The price was a little lower than I would have paid in Germany and substantially lower than offers I got from UK.

The quality ranged from excellent (interior) to disastrous (avionics).

Let’s start with the good. The interior shop was first class. When they ran into problems they just solved them most times without even informing me about them. On departure day, when some bad work from the avionics guy prevented me from departing, they immediately came down with three persons starting to trouble shoot. And they solved the problem, although it had nothing to do with their work.

The paint shop was totally different. Quality wise, the work was ok. But from the day my airplane arrived until the date I departed, there was a constant cry for more money. Rarely did a week pass without getting a notice from the paint shop about something that “required” more money.

This included items that they probably new about before signing the contract but failed to mention up front, like design decals etc.

The paint shop also engaged an avionics guy who screwed up my panel totally. Among other things, I had to fly home from Lithuania without my transponder sending altitude signals to ATC although it is mode S.

Would I have used the shops over again? The interior shop? Yes without hesitation. The paint shop? No way! Although the work was ok, their constant effort to drain me for more money made the whole thing a bad and exhausting experience. When I finally got my airplane out of Lithuania it was a huge relief.

Anyway, if any of you consider refurbishing your plane there feel free to ask. I probably have some useful information that could save you some money.

Here are some pictures. 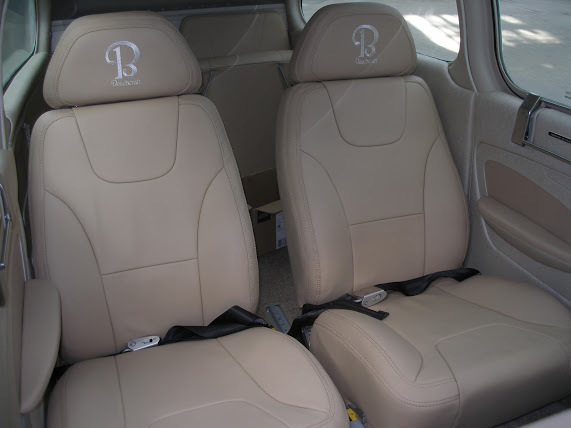 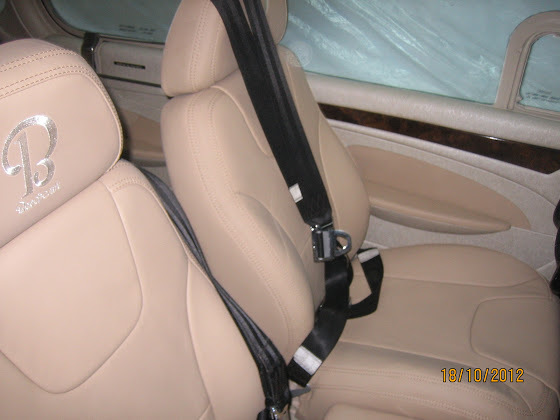 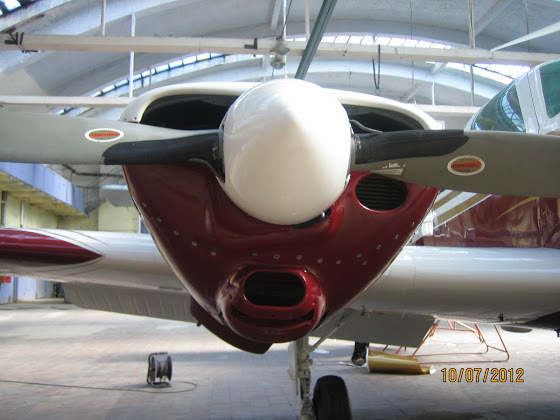 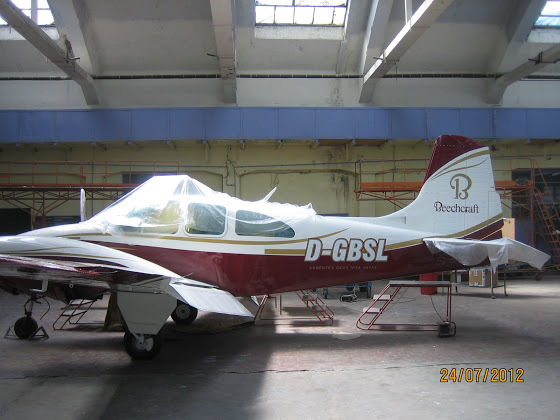 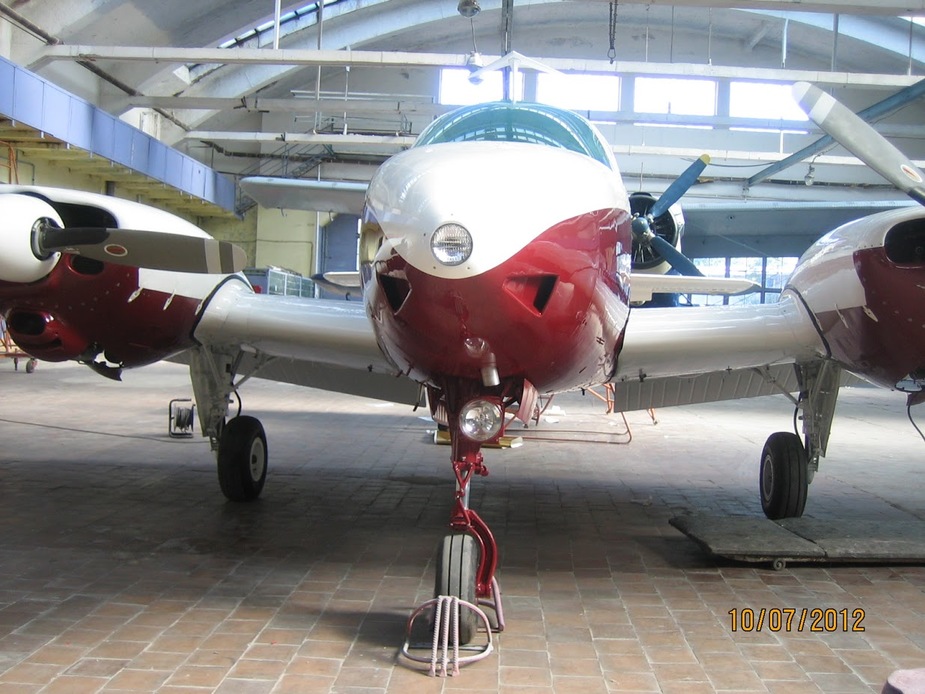 Your original report on this firm, BeechFlyer, was totally positive. We deleted it because it looked like an advert. What happened since?

It's result that counts.. It looks beautiful!

Your original report on this firm, BeechFlyer, was totally positive. We deleted it because it looked like an advert. What happened since?

First of all, it was no advert. I mailed you and told you that when you deleted it. At that time I posted was just about to pick up the plane. The quality of the work however (ex avionics) was already inspected by a third party and found to be very good. Especially the interior was found to be first class. I had also followed the whole process closely via e-mails and pictures.

However, when I went down to pick it up, I discovered that

a) the avionics job (which was not inspected because there was no electricity on the plane) was poorly done. Further, some of the installations I had paid for had not been carried out at all. Some of my existing equipment were no longer working properly.

b) The same was true about the paint shop. Although the work they had done was good, some of the work they had promised to do was not done. Those were small items like adjustment of the forward baggage compartment, but still.

c) Lastly, looking back, I see that some deficiencies were discovered and these were things that I should pay extra for. However I think they over charged me for those, and also charged me for items that in my opinion was included in the agreement.

d) Lastly, the paint shop manager’s behaviour when I was there did make me “see” a few things that I had not seen earlier, and it enhanced my impression of the company trying to make as much of my business as possible.

However, regarding the quality of work (except avionics installation) I think it was very good. The reason I would not recommend the paint shop is that I did not (and still don't) trust it. The ongoing arguments on a weekly basis for more money wore me out and made the whole process lots of work in stead of lots of fun.

As stated above a few times now the interior company was second to none. As an example I have included an extra picture where you can see how they have rebuilt the lining in the ceiling using approved parts and fabrics 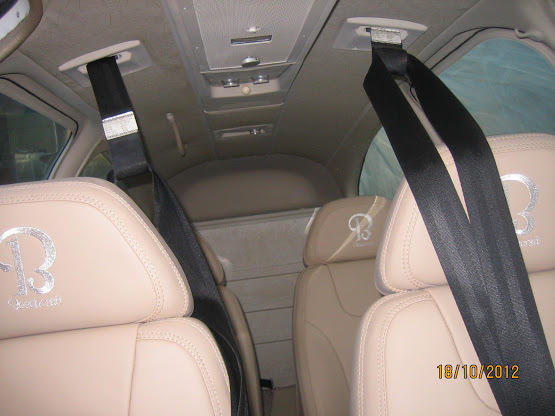 It does look very nice.

Hard to judge from the pics but the paint also looks very good.

Do they have a temperature+humidity controlled spray bay? That is believed to be the reason why the paint on certain, ahem, multi-million SE turboprops can, on certain airframes from some years ago, be peeled off in 30mm wide strips, with your fingers.

Avionics is an extremely frustrating department, with very very few firms capable of doing a good job. Most have done a good job here and there, but not consistently. I had a right hash done by one of UK's "top" firms recently...

Regards the deletion, it was us two admins. In the early days of the forum we had a few postings which had to be deleted for one reason or another and yours looked like an advert.

For the record, I have never edited anybody's post - except for obvious text formatting, or correcting spelling mistakes in the subject header

Despite all your trouble, the aircraft looks great, especially the interior.

May I ask how much the new interior adds to the BEM of the ship?

Was it all the same shop or was the interior shop a separate company? I'm planning to redo the interior of my airplane and I like what they have done with your Beech.

I'm just starting to investigate the options so any pointers would be appreciated. Lithuania is not around the corner so it would either have to be significantly cheaper or significantly better in quality to qualify as an option.

Was it all the same shop or was the interior shop a separate company?

The interior company was a separate shop. These guys were very easy to work with. I never heard from them accept some pictures every now and then to show the progress. They delivered on time and to the price we had agreed upon.

I'll try to dig up some of the companies I contacted in Germany. I also contacted one in Poland but that one was more expensive than the Germans once.

If I remeber right the Germans quoted me ca 25-30k € for inside out.

Peter: The last pirep was premature and should not have been posted at that time as I knew to little about the end result. No hard feelings what so ever

Ah, the BEM would be the Basic Empty Mass of the aeroplane, the empty mass plus hydraulic/engine oils, not usable fuel, etc.

Rich
EGBJ / Gloucestershire
39 Posts
This thread is locked. This means you can't add a response.
Sign in to add your message