achimha Greece has full radar coverage for IFR en route services down to ~FL70 but approach radar services only in Major TMAs like Athens, Thessaloniki, Rhodes, Kerkira and Iraklion.

boscomantico in case you did not catch it atmilatos is LGSK ATCO on shift colleague of the guy who handled you ;-)

I NEVER manage IFR descent profiles the way you (and I) prefer. For the TB20 I fly, to manage IFR arrival profiles for procedural ATC airports I reduce power to some 17'' getting to 120~140Kts IAS and 1000 to 700 FpM descent. Its not comfortable for the passengers but this is the only way to do it unless you cancel to VFR early or you descend in the approach hold.

Excellent! Great to be exchanging, in a constructive manner, experiences and operational requirements between pilots and controllers. Thumbs up!

Greece has full radar coverage for IFR en route services down to ~FL70 but approach radar services only in Major TMAs like Athens, Thessaloniki, Rhodes, Kerkira and Iraklion.

OK, then it's clear. The very same thing is true in Germany: ATC will never let you descend below the MRVA (minimum radar vectoring altitude) unless it's as part of a published approach procedure. The geography of Germany makes it easier to get low level radar coverage (usually 1000-3000ft AGL) than the heavily dispersed geography of Greece. One surely can't install radar stations on dozens of islands so FL070 seems sensible.

The Avgas and opening hours issue aside, I find Greece to be a great destination for GA. My experience was an entirely positive one and the scenery is just fantastic.

Yes we have terrain all over the place, this is the main reason.

I think that, like the UK, the Greek military can see "quite well" (for obvious national security reasons) but the data is not available (or mostly not available) to civilian controllers.

The UK has military radar coverage down to something like 1000ft, and probably lower over much of the country especially if your transponder is on, but the officially available civilian coverage is far less than that. London Control (and Manchester and Scottish Control up north) have radar but they won't provide a radar service (or any service, generally) below their CAS bases, never mind below their MVAs. Down below, you have mainly the LARS units e.g. Farnborough, but they often don't provide a service "due to controller workload".

Due to the lack of radar coverage at the airport level, Greece uses a lot of procedural approaches.

For example when I flew into Hania LGSA, I got a procedural VOR approach. This is at a huge semi-military airport, with four F16s sitting next to the runway threshold 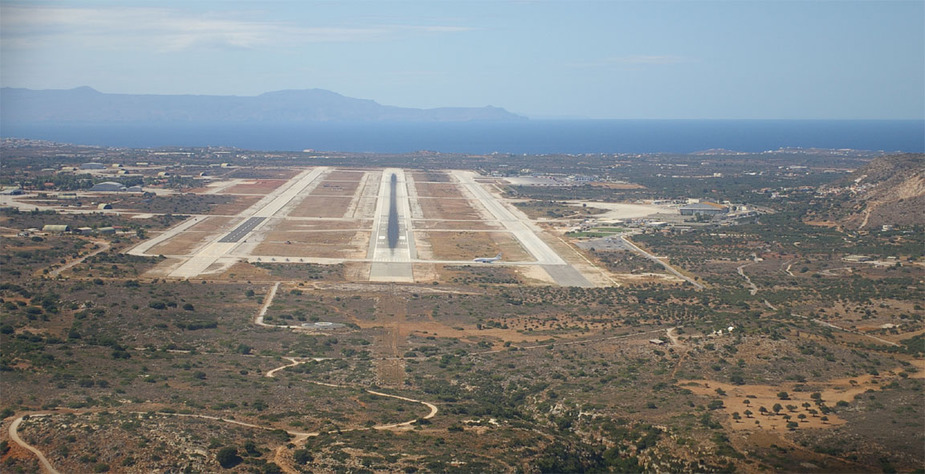 and where the military obviously must have radar.

Yes, they see really well everything that flies, which is a good thing, as they are the civilian ATCOs eyes, too. This situation is not expected to change after the airspace classification becomes official in the next month ;)

What is changing on the airspace?

There will be airspace classification below FL195. How cool is that? Just wait for the next AIP/eAIP. E, D, G and their variations everywhere.

You mean there will finally be an official ICAO-chart for Greece? Will it be possible for VFR pilots to fly uncontrolled VFR, with routes on pilot's discretion, etc. like in all western european countries?

If everything goes as planned, yes :)

atmilatos
LGMT (Mytilene, Lesvos, Greece), Greece
97 Posts
This thread is locked. This means you can't add a response.
Sign in to add your message

Correlation between weekend flyers and Mode A transponder use
Interesting departure clearance
Stuttgart to Sitia, Crete
Some general maintenance tips from Mike Busch