Seneca HB-LSD down in Basel

A Piper Seneca has crashed following an ILS approach to runway 15 at around 1640 UTC. Listening to ATC, it appears the airplane narrowly missed a BA A320 which was waiting for departure at CAT II holding point 15 before crashing near the runway and bursting into flames. No information about fatalities, but I’d say they are likely.

Basel was closed, right now they notamed the ILS out of service.

The British Airways flight was cancelled.

Aviation Herald coverage
http://avherald.com/h?article=4a1c549a
(Avherald does not report GA accidents per se but as there appears to have been a collision risk with the BA A320, they decided to carry it)

Now mentioned on ASN too.
Another source reports the BA flight delayed till the morning after, rather than cancelled.
Sympathy with the victims and those left behind.

The development of the fog was really not according to the forecast these last days. But then, fog is hard to predict. These were the TAFs today:

This is what it looked like coming back to the area on Monday. The fact how close the fog came to LFGB was a bit of a surprise. Might have caught us out as well. 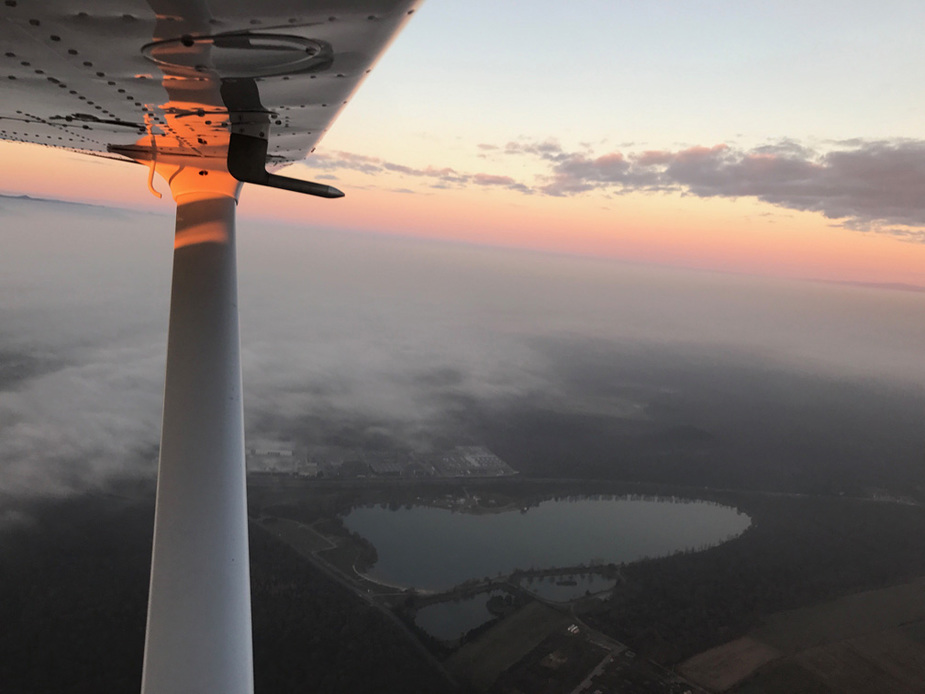 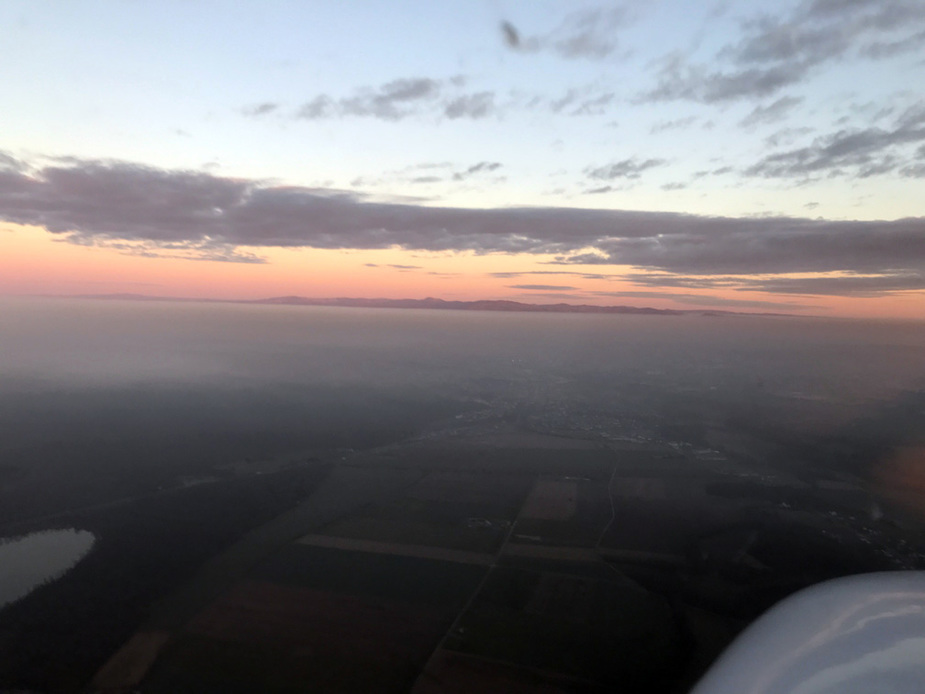 Another sad outcome – FR24 shows it to be HB-LSD inbound from Nuremberg. Close call for the BA crew.

In fact, the weather at Basel was within CAT I at least RVR wise. They did not report Vertical Visibility.

I tried to read out the recording at live atc.

The crew of HB-LSD reported established on the ILS and was given an RVR of 750 m at touch down,700 m midpoint. The crew said they would continue the approach and were cleared to land. They apparently did report a go around (unreadable on the file) and were cleared to 5500 ft. Thereafter the controller tried to call the aircraft several times.

Shortly thereafter, the crew of BA 76GF reported that “the go around aircraft came across our flight deck, cross from the right, so at right angles, (unreadable), that’s why”.

When asked to repeat, they said “they came in front of our flight deck right to left”.

The tower answered that she had seen him on the radar really low, she tought the Seneca had overflown the A320 and tried to get back to the runway to go around, but “maybe it was too late”.

The A320 was behind a 757 which held at the CAT II stop bar, so most probably approximately near the access road from the east, facing opposite the runway heading.

Close call indeed for the BA crew as well as the Fedex in front of them. Too close for the Seneca and it’s crew. Heaven knows how he got into this position, if I try to imagine this situation, he must have been way off to the left of track, then probably saw the lights and wanted to correct back and crashed while doing low level turns.


Close call indeed for the BA crew as well as the Fedex in front of them. Too close for the Seneca and it’s crew. Heaven knows how he got into this position, if I try to imagine this situation, he must have been way off to the left of track, then probably saw the lights and wanted to correct back and crashed while doing low level turns.

I think more likely a poorly executed go around. If you are trying to correct you don’t call going around. Most pilots dont ever practice a go around other than in initial training.

I originally thought so too, particularly as the ATCO does indeed give him a clearance how to proceed after the GA. The message from the plane to the tower to which she replies with that clearance is not legible however.

If he initiated a Go Around, he would have done so somewhere before the threshold. This however does not really correspond with the observation of the BA crew, who state:

This looks to me as if the airplane somehow has tried and failed to execute a sort of S turn to get back to the centerline, however he was so low that he was actually visible to the BA crew (which would imply a very low altitude of probably less than 100 ft and certainly less than 200 ft as otherwise he would have seen the runway and not gone around).

The fact that he was visible to the BA crew means that he more or less flew between the BA and the Fedex plane before them, which also means they were darn lucky not to get hit… he could have either hit the tail of the 757 or similarly smashed into the A320 from this position. Quite possibly he might have seen the two planes appear in front of him and this could have triggered a harsh avoiding action which ended lethal. We don’t know. All we do know is that he ended up crashed between the runway and the BA plane.

Unfortunately I have seen people reverse go around decisions when they all of a sudden got ground contact in the initial stages. Most of the time not with satisfactory results. On the other hand, you are quite right that a badly executed GA can produce something like this as well.

Presumably the BA aircraft was facing north in taxiway B with the FedEx aircraft as number one at the corner at the north of taxiway B.
If that is the case and the PA34 crossed the BA aircraft form right to left the PA34 was a long way off centreline to the east before it manoeuvred back towards the runway.

They did not report Vertical Visibility.

A French meteorologist told me a few weeks ago that VV is never reported in France. Don’t know why exactly.

Rwy20
54 Posts
This thread is locked. This means you can't add a response.
Sign in to add your message

Swiss pilot emergency landing at ENVA (and flying after a big prop strike)
JU52 HB-HOT down near Flims
LFSB - Basel-Mulhouse PIREPS anyone ?
TB10 HB-EZW down near Lucerne