What stops the creation of a "high end" PPL school in Europe?

I recall this being asked a few times over the 15 years I have been kicking around in this business.

A significant % of PPL students are people with

I don’t think the present PPL training system serves these people well. It is structured to cater for the bulk of the market, which can be described as

When one of the customers in the upper list above turns up to do a PPL, they tend to have various issues e.g.

One would think there would be a business case for a school which specialises in customised courses, does a PPL and an IR, and does it in modern planes. The school would obviously still need to deliver the legal syllabus, but if there is more money available one could make the training a lot more interesting.

It has been claimed that one cannot legally train ab initio in VPs/retractables but I don’t think that’s true. And for a fact there have been schools outside Europe which used to teach ab initio ICAO compliant PPLs in TB20s. One might have to do knock off a few hours in something old to tick a box though.

What I believe is true is that one cannot train ab initio FAA PPL (in an N-reg, or actually any reg) outside the USA (because the US Student Pilot Certificate is not valid outside US airspace so the solo portion of the PPL cannot be done). The legal way to deal with this is to pretend to embark on an EASA PPL and once the solo hours are done, continue “dual” with the FAA syllabus. However, not many new pilots will be doing FAA PPLs today. The one big reason used to be medicals but there are now sufficient concessions available in the Euro system, via local concessions to Part-MED, either officially or “under the table, not advertised openly”…

Obviously any proposition like this can be criticised for being “elitist” etc etc so let me put this as a purely business proposition. The €10k PPL is not exactly dirt cheap and accessible to all, either…

There might be a gap in the market, for these individuals. What you say makes a lot of sense, and I can well see high net worth individuals preferring the new plane/same instructor/same school advancement to IR. However, presumably the market has already decided that there isn’t that much of a gap for this type of school, because if there were, they would all be like that.
I spend a fair bit of time with pilots as their AME and the majority fly bare minimum hours, with an exceptional few (usually helicopter pilots) able to fly as much as they like, so money is tight in this sector.
If only Carlsberg did flight training……….

I think that to a certain extent, the large flying schools at the big airports and airfields cater for that market ( compared to the portacabin grass strip operation) but even then they would probably not spend a fortune on expensive aircraft since at the end of the day they still have to compete to a degree with smaller operations.
Multiflight at Leeds have very nice facilities and nice (but unremarkable) aircraft, and are probably as elitist an outfit as you will find barring perhaps the commercial training outfits ( of which they are also one.)

There used to be the aviation school called Glass Cockpit Aviation based at Cannes Mandelieu. There you could get your PPL properly done in a Cirrus SR22. I just checked on them as I wanted to give them as an example of such an aviation school, but they seemingly did not survive. See: http://www.glasscockpit.eu/ 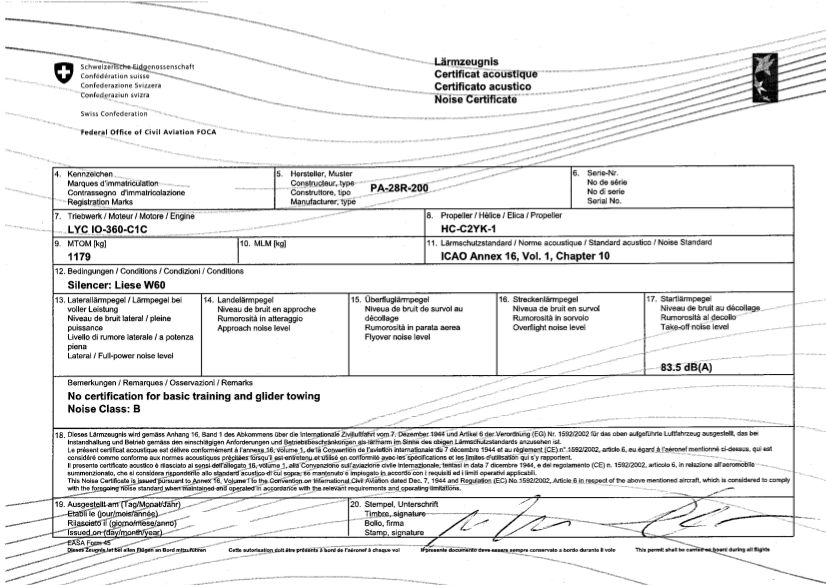 The school where I did my IR (Aero Poznan) ticks a lot of the boxes you mentioned. Nice planes (SR22T-G5), dedicated instruction, customer-orientation, very well organized, not a single attempt to sell “additional training”. The total price quoted really included everything including the exam flight. I went there three times for 4-5 days and got everything done. And the best part is that the whole experience including flights there and back and the stays in a nice hotel cost about the same that it would have cost in a Piper Archer at home.

The way it would work in the US is that the target group that you describe would buy their own plane and hire an experienced instructor. Not possible in the EU.

I have been once at Aero Poznan for the Cirrus full-motion simulator and can confirm that the whole experience there was great.

Even wealthy people are often quite cost sensitive though (until you get to the very wealthy and there aren’t many of them who want to spend the time learning to fly their own very small aeroplane; Alan Sugar already has a PPL) so I think the market you describe is likely pretty small.

I think you can overcome some of the issues you list by finding a flight school with a decent aircraft and asking them to create a package for you, i.e. “I want to fly 4 hours a day every day for three weeks, plus 3 hours of ground school, can you accommodate that?”

For example, some years ago I went to TAA at Denham and said I wanted to renew a FAA/IR, retake a UK IMC and transition to the Cirrus SR22 all in a few days and we were able to put something together to do that. They do all levels of training and do it in modern Cirrus aircraft. I don’t know that they do much ab-initio training but I’m sure they would if they were asked to. Mind you, it’s still a portacabin operation.

In the US I know of instructors who will do instruction as part of a touring trip – either as a one off, or as a well organised package on a route they’ve used many times. I did my IR that way and it was superb. It cost a bit more per hour, plus accommodation etc. but flying real flights, in real weather, doing 30 different approaches instead of doing the same two approaches 15 times, etc. was brilliant.

As the example of the defunct flying school in Cannes shows, there are not enough students to support such a flying school. Maybe in the London area, but that is probably the only place in Europe where a sufficient number of wealthy individuals could be attracted to such a school. For the sake of targeted advertising, my FTO keeps a statistics about the number of potential flying students per 100.000 inhabitants. I don’t have access to the figures, but there are not many. And if only one out of ten of these is willing to pay more for his license than absolutely necessary, you need a very large population to support this kind of training.

But every flight school can train you in your own aircraft and send an instructor to your home or office for face-to-face tuition. I have done that in the past on several occasions (train students in their own planes and teach them the ground course at home). There is no need for a dedicated school here!

I simply don’t think there is enough of these sort of people in my part of the world to make it commercially viable. Maybe different in London.

I know of one school located at a “international (regional) airport” that offered training in an SR22 sadly it wasn’t even remotely successful and they moved it on.

Bathman
120 Posts
This thread is locked. This means you can't add a response.
Sign in to add your message

How bad can an instructor be? (a badly planned trip via the Balkans, and border crossing issues in Europe)
IFR6 - FAA IR in 6 days
UK CAA report on language proficiency
Cirrus SR20 D-EXOS Crash Northern Germany