It is very detailed. All switches, sounds, behavior. Need to fly with a checklist.

MFD can integrate with charts from Autorouter if you have an account. Yes, the real one!

There is also some simulation of ownership, as the aircraft maintains its state between sessions. You should put covers on before leaving the game, don’t leave power on, etc. If you abuse the plane, there will be maintenance. Sometimes you fix things and they break again. For example, the pressure vessel can become a pain. 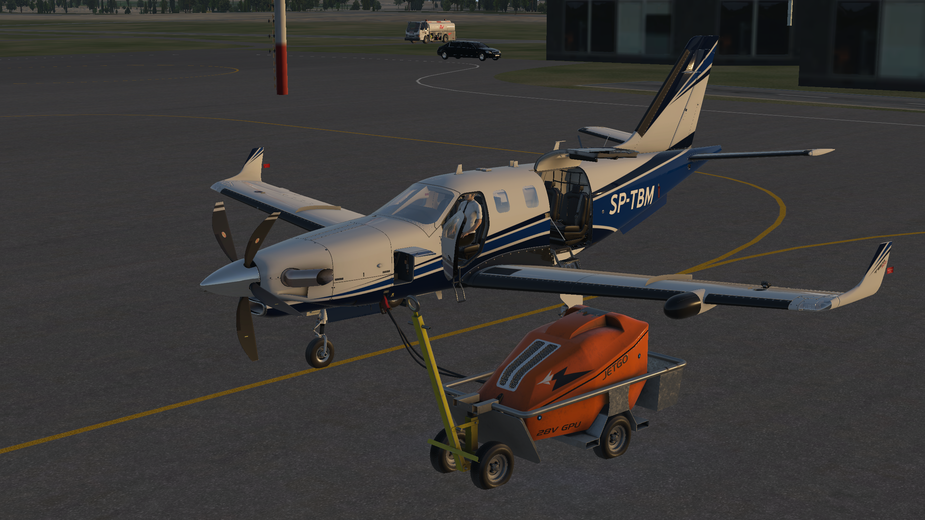 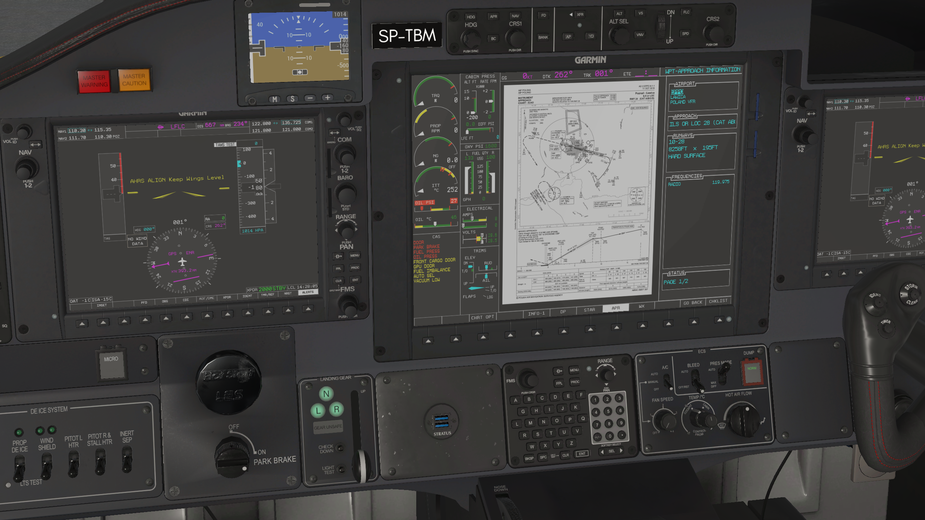 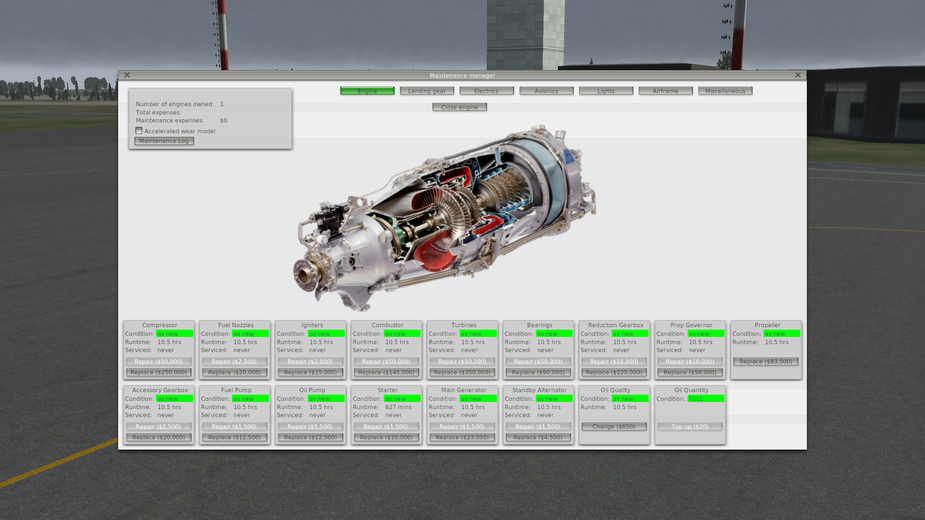 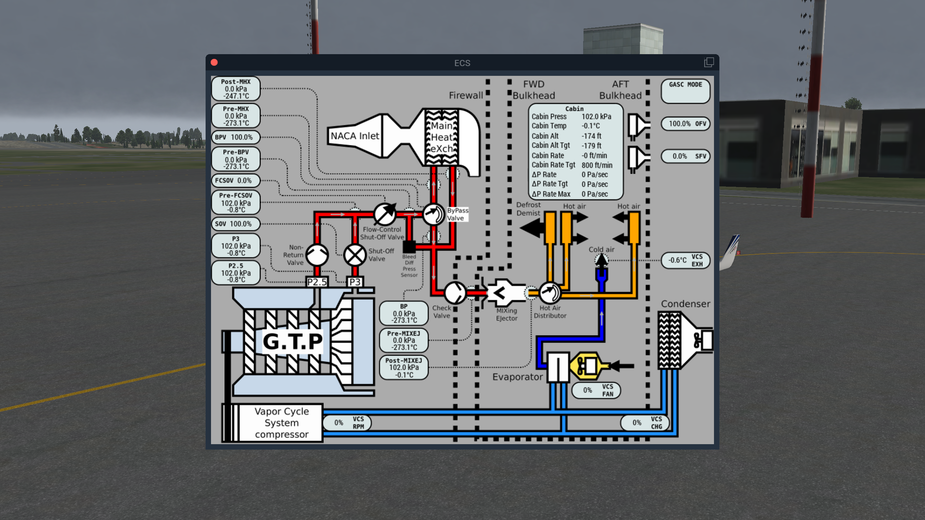 This is quite impressive 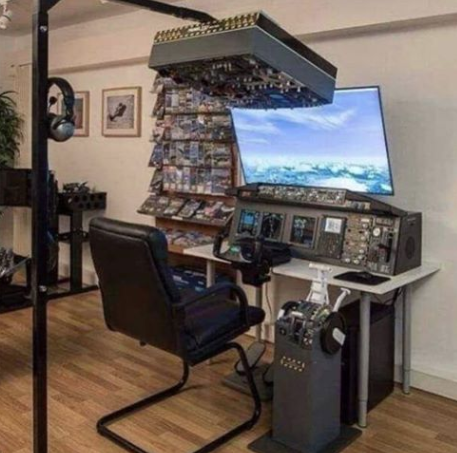 How about this one? 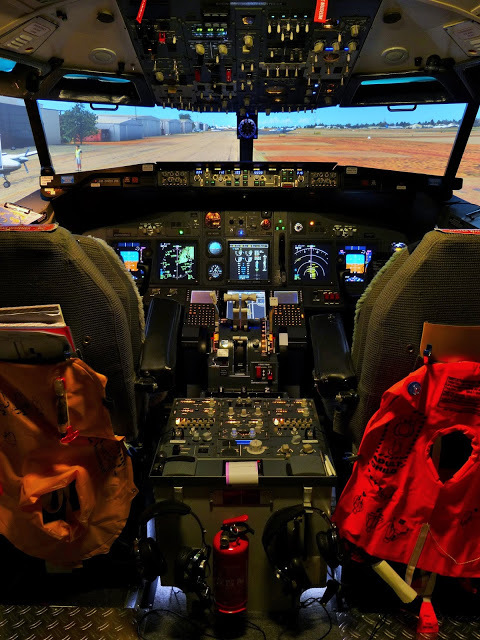 There are quite a few home cockpits around which are of a very high quality.

Oh nice thread.
I’m sure most of you had already seen tubes of FS2020 and the mighty dr400

How much would a pc capable of running FS2020 cost me?

I have no idea about FS2020 specifically but, generally, with sims/games, the answer depends on the desired frame rate i.e. smoothness. There is an endless quest to run Game X at frame rate Y and the real connoiseurs spend serious money on CPUs, graphics cards, and overclocking the whole lot

Quote
Snoopy
How much would a pc capable of running FS2020 cost me?

If you only intend to run 1 monitor it should be fine but factor in a 4 Gb graphics card if thinking of a second monitor.
Less hungry on graphics if you only intend on instrument practice.
I was happy witj a clean-install used PC, as it’s to be dedicated to the sim and not shared with essentials. Mine runs like a sream (has solid state HDD)
Then you need a Yoke and pedals
The Saitek pedals are ok and pedals are not critical but a quality yoke will make all the difference.
On advice I got a CH rather than a Saitek.
Got rid of it quickly.
They are both horrible. (Sorry if that offends anyone who has them)
A Brunner is the high end but at that point factoring absolutely everything in you could be at £4-6k
Very nice but I don’t have the funds.
There are Yokes around £250-500 that will be nice to use.
You may get frustrated with the mouse operation and start to look at hardware extras. At this point it becomes time consuming. Ask me how I know…lol


How much would a pc capable of running FS2020 cost me?

It is totally unknown at the time what the hardware requirements to run FS2020 properly will be.

In the industry, there are currently no guidelines as the old specs of FSX and Xplane won’t work for this particular sim, as it is mostly streaming its content. Almost nothing will reside on the PC itself, as far as known today. So more important than a high power PC may well be the internet capability.

In recent editions, almost all simulators launched were ahead of the hardware, so therefore it was a year or two before PC’s were available on which they ran properly, particularly true for FSX. However, as FS2020 is also targeting the X-Box, again that may be different.

So the only thing one can do at the moment is wait for it to be released or at least to have public betas available. Before that, speculation on what hardware may be necessary is pretty much useless.

I recently upgraded my PC with the following hardware:

It totals around 1400 EUR and I have yet to find a game that will push it under 100 FPS. I borrowed a friends Oculus Rift S and the sensation of sitting inside the airplane and flying it is insane. I got my own Rift in the mail now.

This is one 737 which looks quite impressive.

And a video showing the visual… never mind the flying which is horrible.

He is asking 13.5 k CHF negotiable. Not that much for such an advanced sim.

Mooney_Driver
LSZH, Switzerland
114 Posts
This thread is locked. This means you can't add a response.
Sign in to add your message