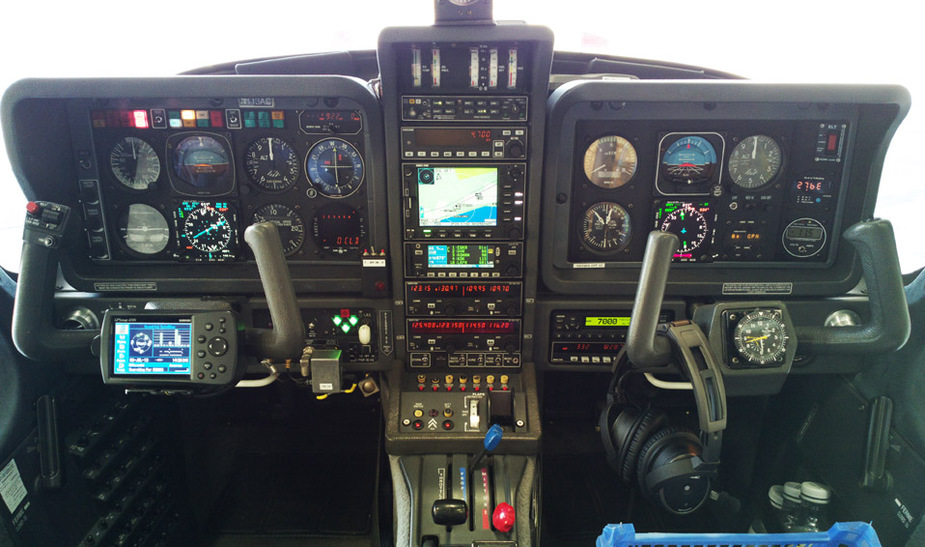 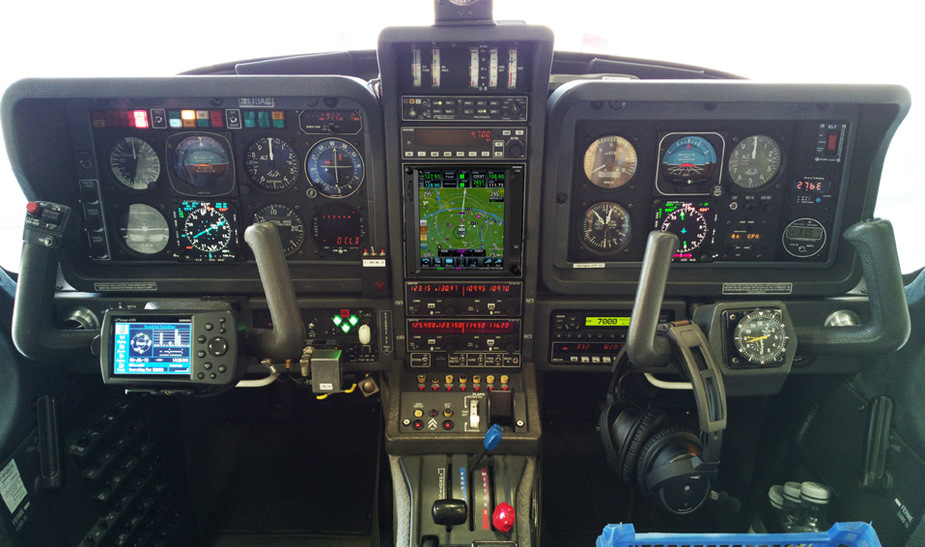 Nice. Looking foward to your feedback regarding the GTN.

Or is it fake?

I have to say I was most impressed with my crappy photoshop skills. But the GTN750 does exactly fit in the height of 6".

But yes it does raise a valid point about what to do about what will become the 3rd radio. It’s no use having a 2" high hole there. I would want one radio (and the KI204 indicator) to be switched directly to the battery, for clearance and emergency (would be able to fly an ILS with all the electrics except the battery lost) purposes.

I also don’t know if the GTN750 interfaces fully to the other stuff e.g. WX500, TAS605, Shadin flowmeter. The two SN3500 EHSIs would be OK; they take ARINC429 input and that is already prewired onto a connector.

However I fear this job would have to be done without removing the centre stack. During the Annual (just done) I found a bundle of wires apparently going straight into it, from the factory too, which (if it is what is looks like) prevent the stack being pulled out. I have some avionics trays on the shelf here and they appear to permit removal wholly from inside the hole – if the connectors on them can be prewired outside. It might be easier to cut off the offending wires…

An interesting point that has been raised is that the intercom (“audio panel”) supports only two radios. One could install a switch to select whether e.g. COM2 or COM3 feed the COM2 intercom channel but that is a bit of a hack…

So the Q is what can one put in the hole left by one of the radios. Bear in mind that access into the centre stack is hard, so it doesn’t want to be anything which may need rewiring.

The GTN750 bare install looks like in the region of £17k including VAT.

The GMA-35 can be installed behind the GTN-750 screen and features 3x COM support.

I would just get rid of the 3rd radio and move the transponder across, for convenience.

No need to move the transponder. A well configured GTN750 can drive the GTX330 if also adequately configured. Better to have one central place (GTN750) to enter all information coming from ATC.

But, seriously, what happens when you lose power. I would want the KX165A+KI204 to be switchable direct to the battery, and I believe there is a mode in the PM7000 intercom whereby it forms a pass-through when it has no power.

I also really like the separate intercom and all the real physical knobs on it.